I will be staying near Nimes and will be activating simple and easy summits in F/PE and F/CR between Sep. 19th-26th. The only definite plan I have is to activate Mont Ventoux at some point plus as many others as I can find time for. Oh, and to have some nice food and wine!

Cycled up Ventoux on the tandem. It was hard work.

Lots of people up there and a dirty great TV transmitter. Good luck!

I drove up Ventoux. It was easy. I attached the pole to the viewing platform but operated from beneath it to avoid the crowds. Magnificent views and a really enjoyable activation. F/CR is an amazing region and I must go back for more summits.

I drove up Ventoux.

I’ve been part way up Ventoux but it was Winter and the road was closed beyond Chalet Reynaud, so we had
a nice lunch there. The mountain is very obvious from a large part of the countryside, here’s a zoomed shot from near my hotel when I was in Avignon one December. 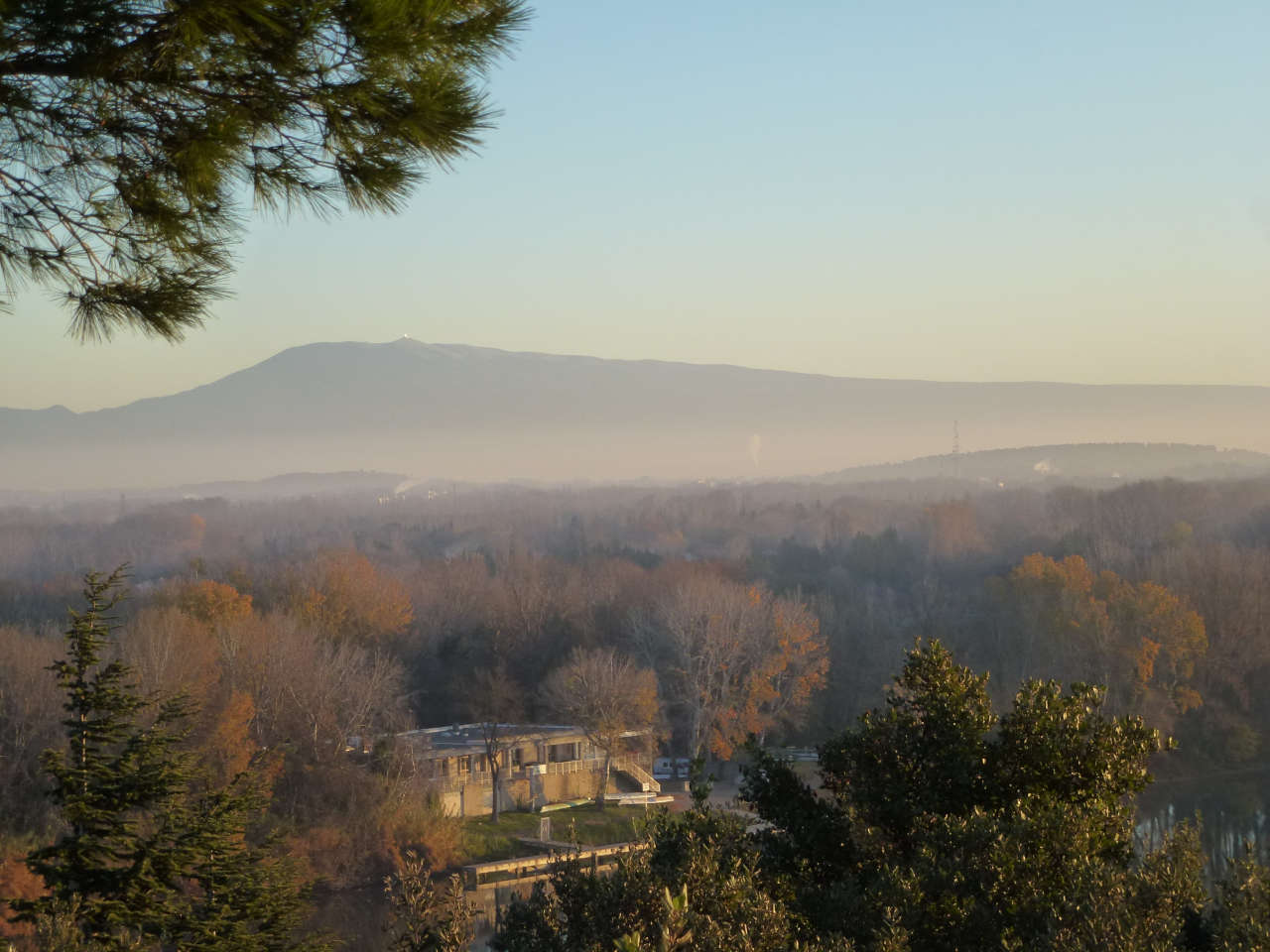 There’s quite a lot of F/PE and F/MC summits that haven’t been activated yet or only been on the air once, so I hope to do some of those.

Family stuff Saturday and Sunday so no activations.

As a result of excess “family stuff” on Sunday I’m running a little slow today and just sat by the pool catching some rays and generally letting my body recover!

I will be out tomorrow and hope to put at least one more unactivated summit on the air. I think it’s an F/PE one.

So that is the latest euphemism for attempting to drink you own volume of red wine is it?

I hoped to put another unactivated summit on today but looking at the photos and talking with my brother-in-law ( a keen hunter) he thought it may be a hunting estate with limited access. Certainly looked like it was gated with 2m+ fences. He’ll check it out for me so if it’s kosher, I can do next visit. That meant I had 3 previously activated in my sights. I managed 2 easily but I have been eaten alive by the local flying fauna. I’ve never been attacked like this by UK insects. I told my brother “la viande anglaise a bon goût” but he shook his head and sighed… “non!”

Anyway, the 3rd was an abject failure to understand the French give many villages the same name and I had entered it into the onboard GPS and followed it blindly for 25mins before I thought I was heading in the wrong direction. I was and so by the time I had corrected this schoolboy mistake there wasn’t enough time to get to the summit and activate it as I have stuff to do here. Such as figuring out how I will get all the stuff in the bags when there is less than brought! So that’s that for this trip.

Always surprises me how much longer everything takes in practice than when dry-running the plans on Google maps etc. Still it’s 26C and very sunny on the patio as I type this. Early start tomorrow, 250km drive and a flight to catch.

Thanks for using 10 MHz today Andy - a perfect skip distance for me in the current prevailing HF condx.