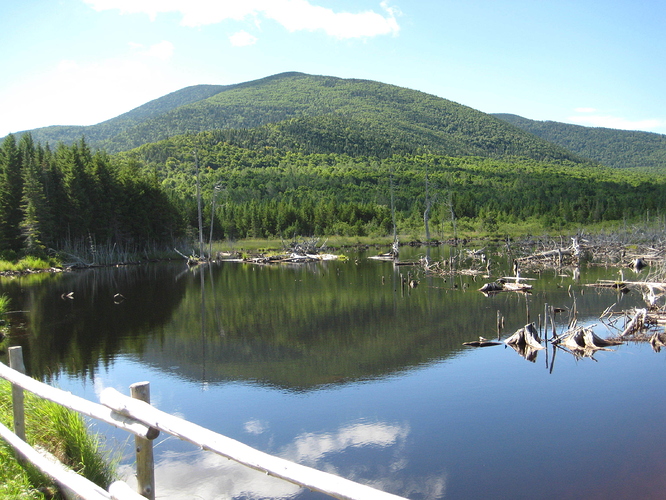 This summit is right along the border line with the state of Maine.

Nice trail with plenty of rocks and roots along the way and a few stearms to cross. Surprisingly, 1:15h was all it took me to make it to the summit. 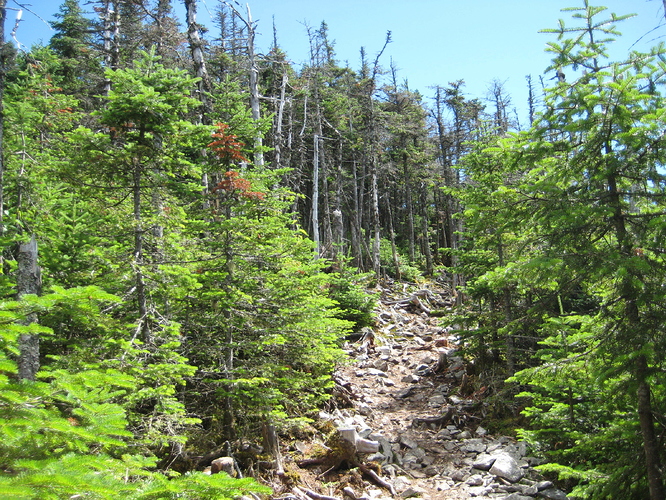 I arrived in advance and took pictures before begining my operations right on time, i called and called but since i wasn’t spotted nobody was there… many hikers began to arrive so i elected to find a less crowded spot so i took a break and moved the station. 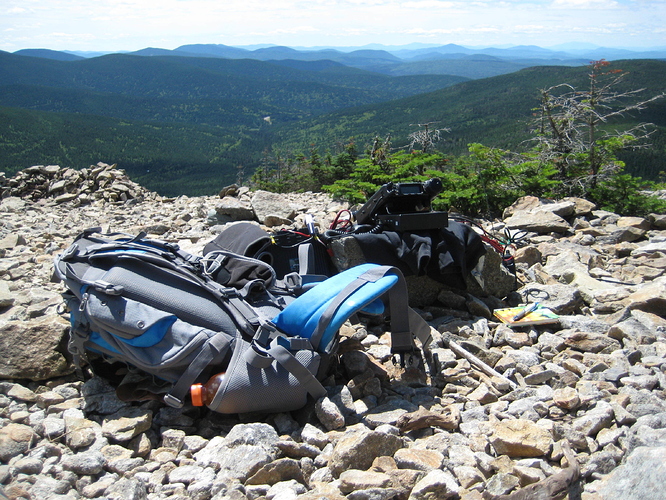 Upon return,as soon as i was spotted by a few regular chasers ( thanks W4DOW and N4EX ! ) the pileup began.
26 qso’s and one S2S with KE0FKE all on 20m,wich is my second best log on my Sota’s so far. 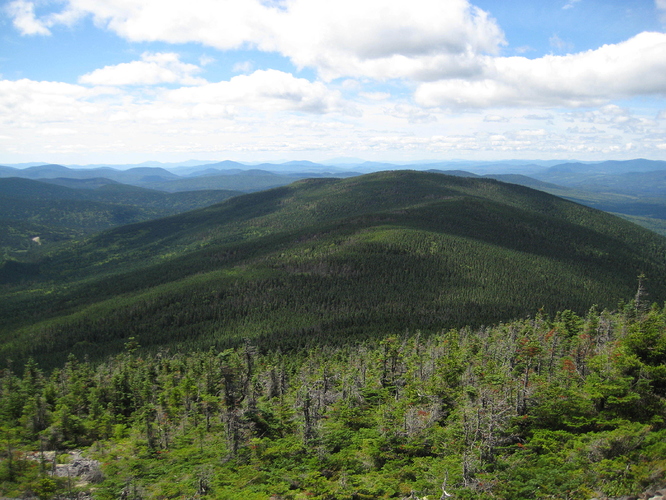 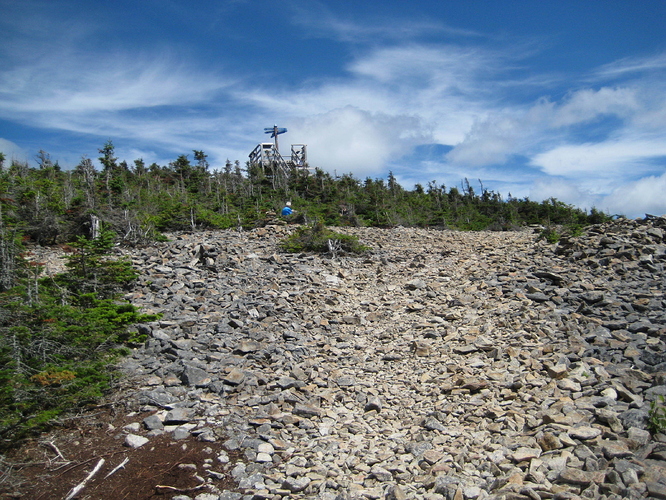 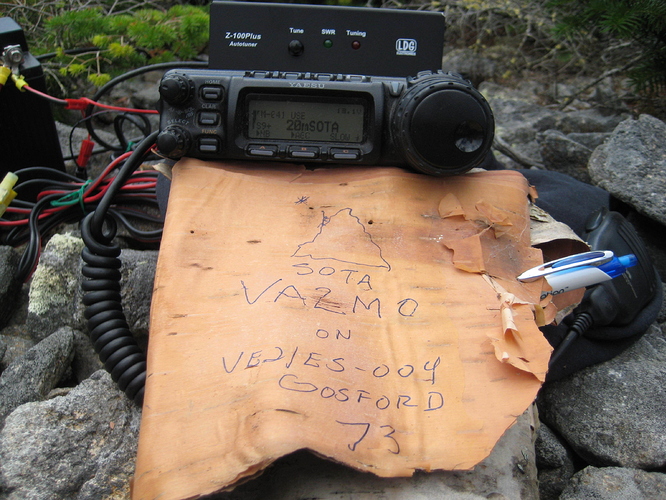 This is absolutely among the nicest mountains i’ve been to so far ! (even if it’s a 3 hour drive from home), 360 degre view from the top, i could even see Mt. Washington way out in N.H. !

Thanks to all chasers and see ya next time !
MORE PICTURES HERE
73
Eric
VA2MO<img

Eric,
Beautiful spot and a pleasure to work you there. CUAGN.
73/Tommy W7RV