Jorge EA2LU had receintly finished building a homebrew tuner following a design proposed by George KX0R, who published very detailed plans and info in this thread:

A Versatile Tuner for SOTA Activations by KX0R Antennas

Numerous tuner designs are available, and endless possibilities exist for combining tuners and antennas to use for SOTA. My tuners have evolved through experimentation and modification. I want to share my current tuner design, so other SOTA activators may enjoy the benefits of similar tuners. I’ve had consistently good results using these tuners. This is intended to be a manual to share what I have learned. This is a detailed, technical piece, intended mostly for “makers” and more creative…

It seems it is a light and efficient tuner and we decided to do a joint activation to try and test his tuner + multiband antenna wire and compare it against my resonant EFHW antenna.

To do the comparison we installed our two radio gear in the summit of Mt. San Martin, a flat and spacious area that allowed us to separate a bit and deploy the two antennas.

See where we put our antennas on this aerial view: 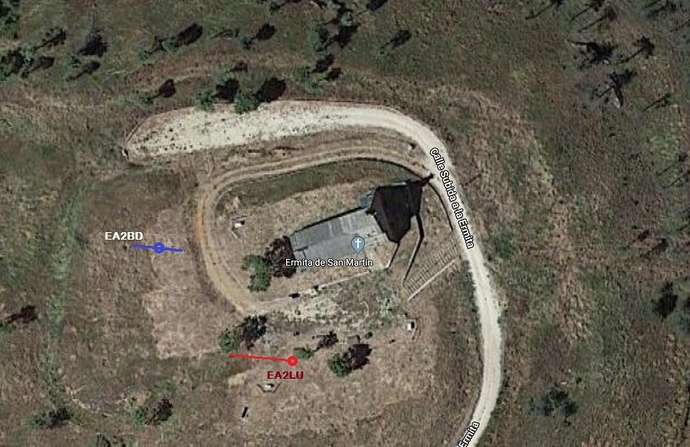 My antenna was a bit further northwest, and perhaps the take off towards NA had an influence in the results. More about this later on.

We tried to deploy a similar setup. Here the details of the two stations: 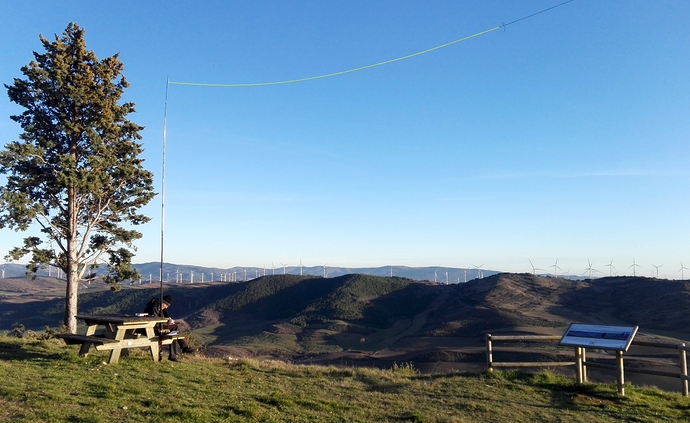 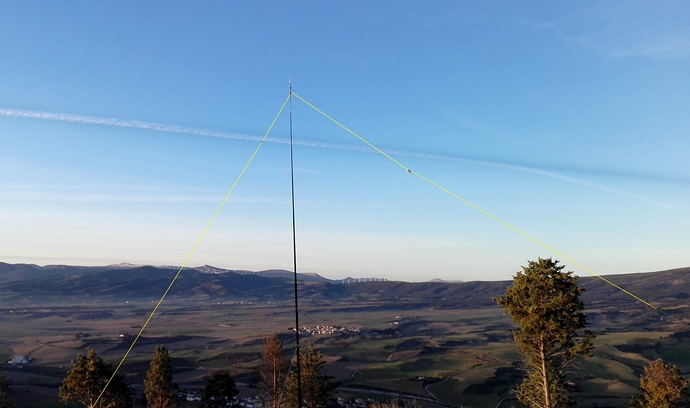 Before the start of our activation we run CW for some minutes as beacons on 20 and 40 meters sending EA2LU/B and EA2BD/B so that we could see later the resulting RBN spots and compare the signal differente between us.

Sending our callsigns as /B is a way to avoid that a spot is automatically loaded in SotaWatch, so that nobody could think we had already started activating.

These are the results of our beacons: 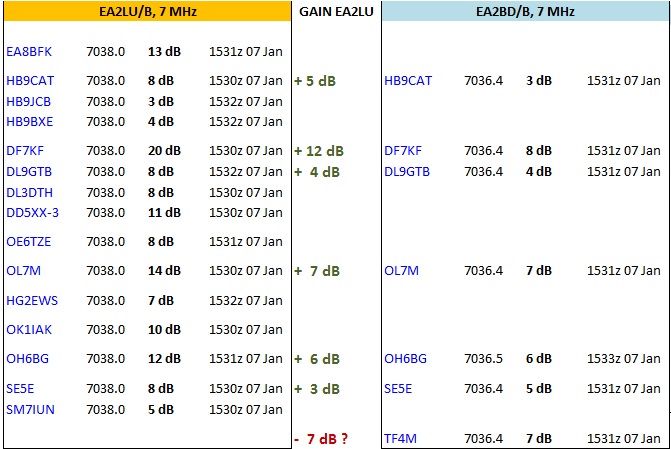 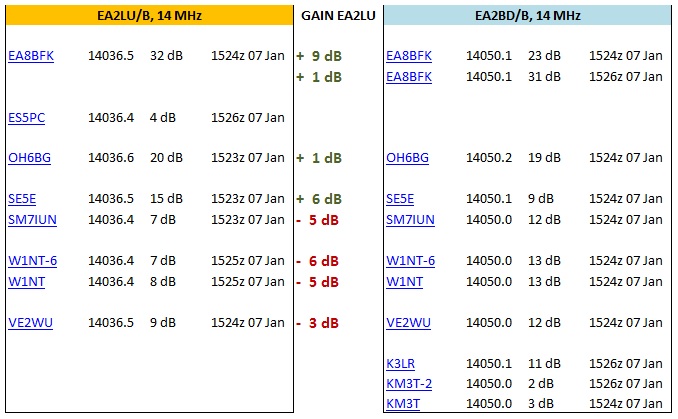 Jorge tried tuning his wire additionally in other bands and he could tune the wire with ease in the whole range of 80-60-40-30-20 meters. No additional bands were tried in this test

Conclusion : looking at the RBN spots and also at the logbook of Jorge when he ended his activation we felt that the Tuner is working very well. Jorge has now a flexible multiband antenna that performs with good results. We were surprised about his performance in the low bands taking into account its short wire length of 12,5 meters.

Once we ended sending the beacons, we started the activation.

Just before closing down the station, Jorge sent a few calls on 80m to check if his aerial would work there as well. His call was spotted by a RBN in OK! 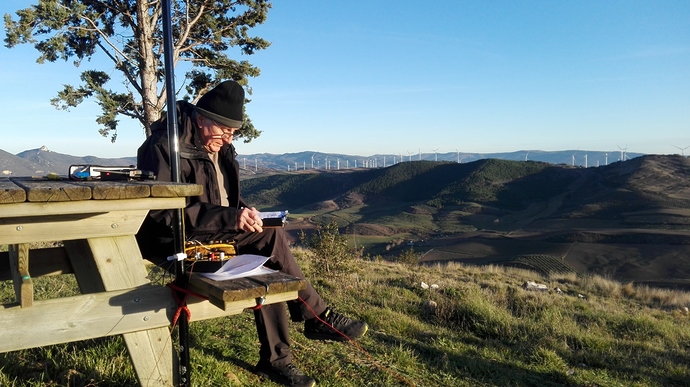 My activation started much worse; I heard first Dani EA5FV/P on 40m CW activating on EA5/MU-043 and tried for a S2S for several minutes unsuccessfully.

Then I started on 20m SSB and just logged 3 stations, being one KB9LQA, thanks a lot!

I spent some more minutes there but SSB was not in good shape. Jorge had moved down to 30m and therefore I switched to 20m CW. I heard for a while NA6MG activating from W6/CT-242 but his signals were very low so I moved and found a clear frequency to start calling.

To my surprise I logged 10 stations in a row being 9 of them from NA!

When I got no more callers I tried a bit on 40m CW and logged 7 more stations. Well, in the end I had 20 qso being 10 from NA, and all different than the ones in Jorge’s log (all these sum up 16 NA chasers for us, not bad for a regular weekday activation!) 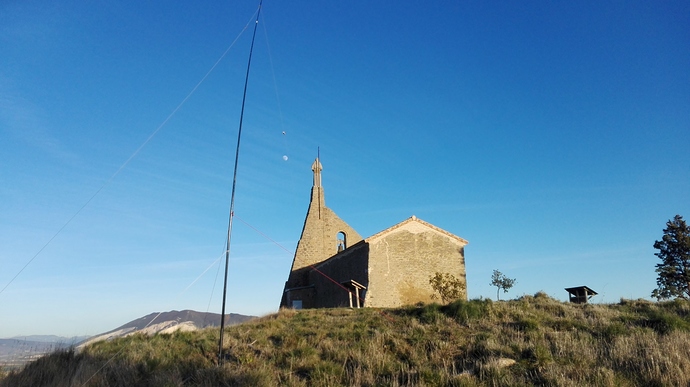 The sun was going down and we both agreed to call it a day.

We both were glad and lucky to get these nice DX contacts and therefore all confirmed our gear is working properly (and also lucky that the chasers had good receivers as well!) .

See the maps of all our qso:

A final word about Jorge’s tuner: he has built a reduced version of this tuner.

He got rid of the SWR indicator led, as he can read SWR on the KX2 built-in meter.

Jorge added a switch to select the tuner coil taps, as LU1MAW did with his version (see thread). See photos of his tuner working and opened: 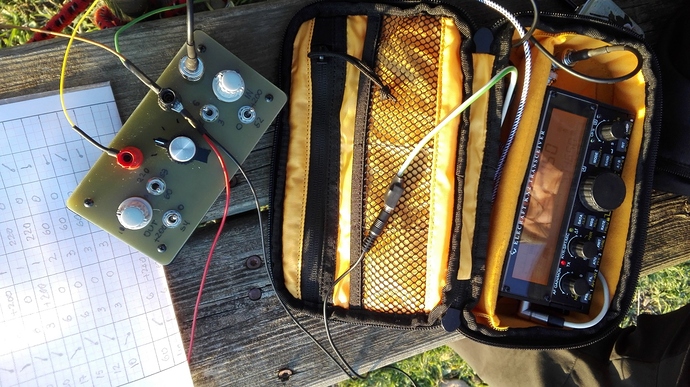 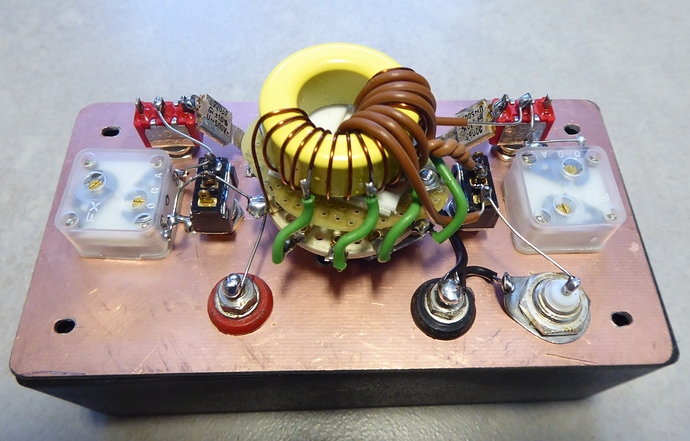 Jorge will update the KX0R tuner thread with some more details of his version.

To date there are 3 of these Tuners in the world, the original KX0R, the one built by LU1MAW and now this one in southern Europe.

Any other interested to build one of such efficient tuner?

Sun is going down, time to get back home after a lovely day for testing and activating SOTA! 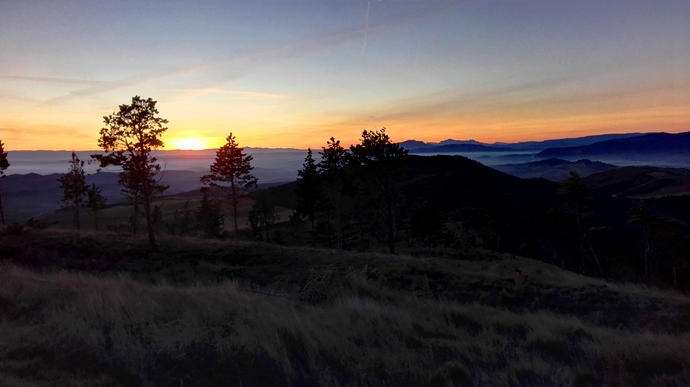 To date there are 3 of these Tuners in the world, the original KX0R, the one built by LU1MAW and now this one in southern Europe.

As far as I remember, Dani @EA5M also built his own version of KX0R tuner. I remember an article he published on the Radioaficionados magazine. Not sure if he also posted something on this Reflector.

Congrats for the tests made and the activation results.
73,

Yes Guru @EA2IF, good memory.
I built it based on the prototype was George. With SWR meter, necessary for my MTR2 (20-40 m). Opt for the Patch Panel system (like George’s) to change impedances in T1.
It was published in the Radioaficionados magazine (August September) and with the permission of George @KX0R.
Here my finished tuner: 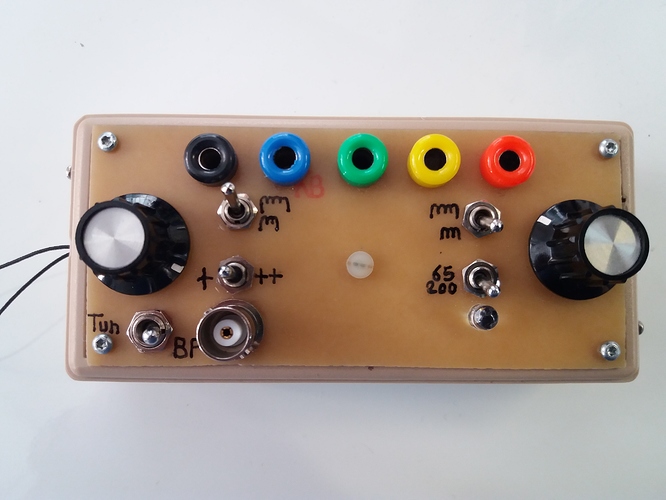 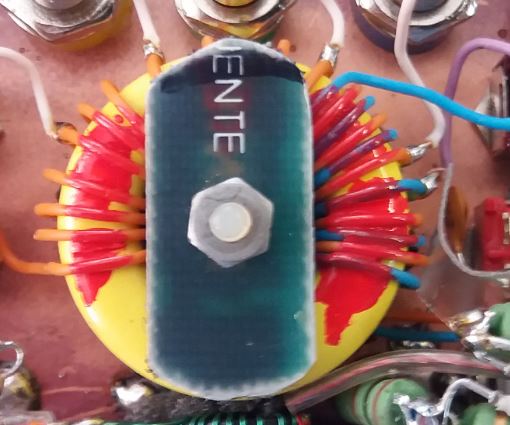 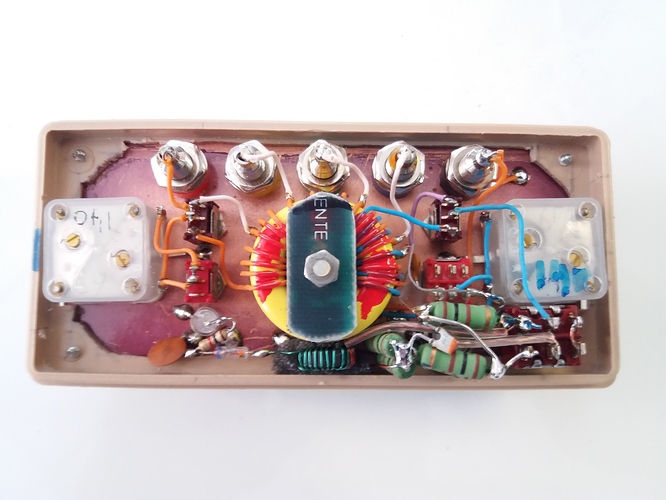 The results, always very satisfactory.
He always goes with me !!!
73 de Dani EA5FV

Hello,
thanks for remindind that and congrats on your version Dani.
Therefore there are 4 in the world and EA is the land where most of them are in operation, hi!

Glad that you liked our validation tests. Hopefully some others will find this useful and try to make new ones.

there is at least one more! 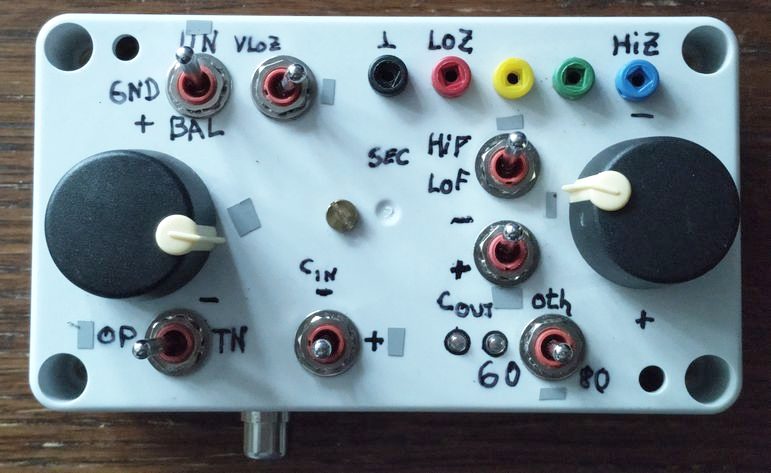 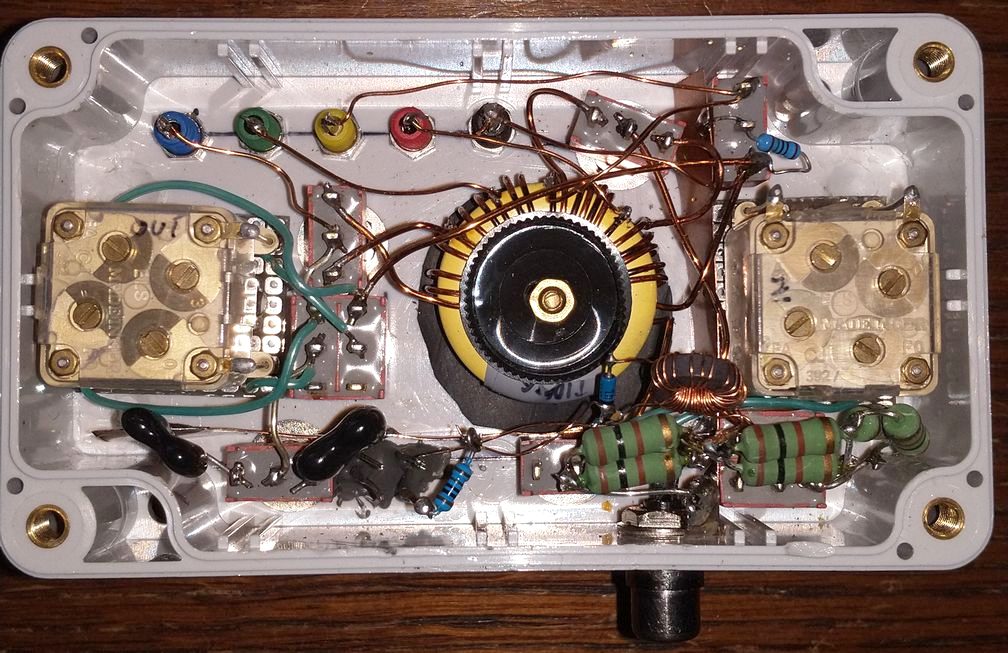