Use of SOTA Logo - New radio

Interesting radio. Did they have permission to use the SOTA logo (or the firmware etc)? 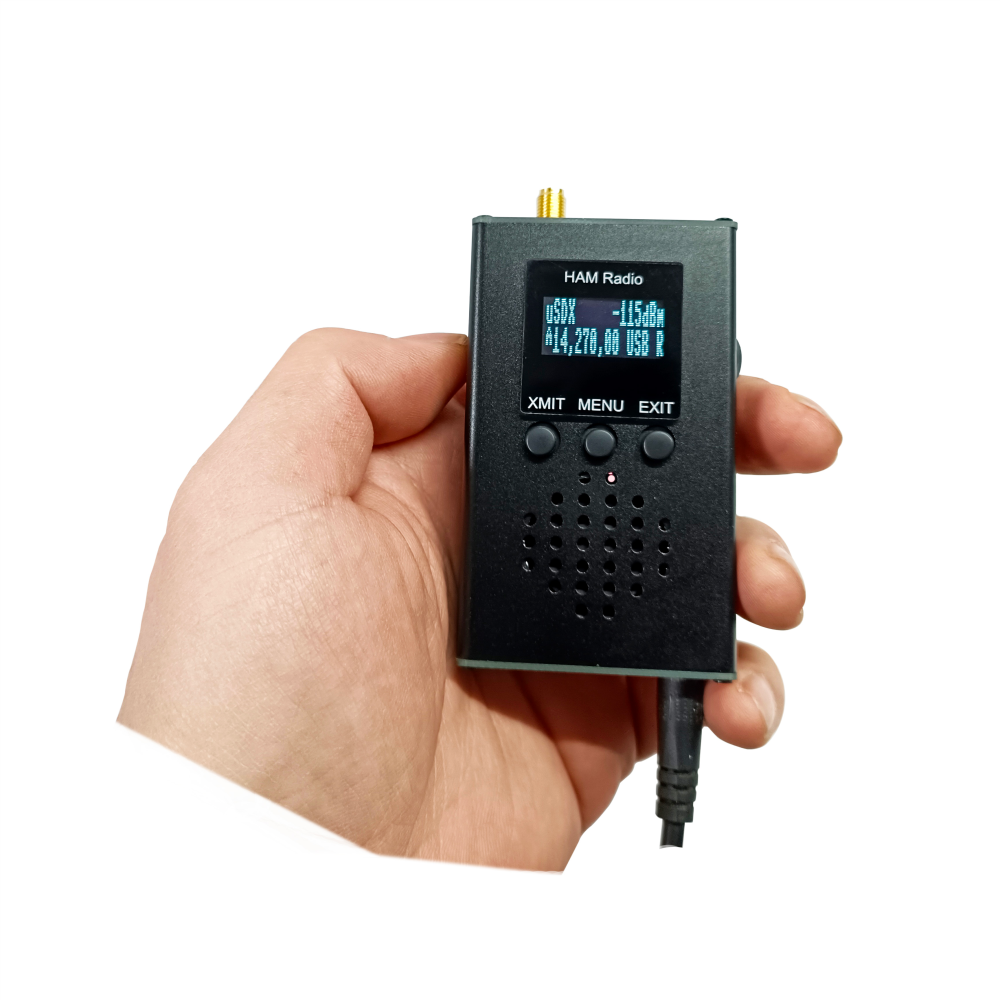 Not sure I would want to risk the burnout anyway

“Do not plug it backwards, burn yourself out.”

Reminds me of a Japanese radio manual from the 1970’s - “To do usefully, put him on end and plug out”

Did they have permission to use the SOTA logo

No, but when has that stopped the arch copyists - and there is b****r all we can do about it

I have visited the linked aliexpress site. I get to see a (kind of) German version of the product description, which is very funny to read!

Sorry, one cannot translate that back into English.

DL2MAN is fuming over the unauthorised copies of his work. See his youtube videos.

Some of them (uSDX clones) are producing the worst sounding ssb quality ever.

all we can do

There is an IPP infringement link on AliExpress if you are bored and want to file a complaint.

Good luck with that. It’s not exactly the SOTA symbol as far as I can tell, so a good lawyer would get objections thrown out. Especially if the hearing were in Harbin.

There is no doubt some distortion is detectable with very strong signals, but I don’t know that it’s as bad as you say. The web info suggests making adjustments from the standard factory settings so maybe the owner hasn’t set it up properly.

I don’t think the distortion is worse than that introduced by most clippers and compressors. So long as the bandwidth is not excessive and distortion products are 10 to 20 dB down I would be happy. SSB isn’t HiFi although compared to cell phone audio it almost qualifies. Mine sounds OK on a second receiver.

Also it’s not intended to be used with a power amp (I deleted linear) and especially not with a big power amp.

Anyone who publishes in the ar literature, including on line, should not be surprised if a small Chinese firm adapts and sells the product.

“For private use only” translates as can be made and sold as a “kit” suitable for radio enthusiasts, not for professional sales.

PS
In the meantime I have cleaned the dustoff my FT75 and fitted Anderson plugs instead of the Jones plug. Testing on the bench scheduled for this week.

I have a ham friend that was building a multimeter kit from Japan. He got to one line in the instructions that directed him to “set meter to correct stove.” Being somewhat compulsive, he puzzled over this for days and days until it came to him that what the author meant was “Set meter to correct range.”

In Wales road signs are bilingual. In 2008 Swansea Council put up a road sign with the English reading “No entry for heavy goods vehicles.” The Welsh, when translated into English, read “I am not in the office at the moment. Send any work to be translated”

Ron,
I"m glad the ones you’ve heard have been OK. The one I heard was very very poor, with a continuous raspy noise accompanying every syllable, loud or soft, high or low. Readability 2 or 3. There is no way it should have been on the air. Presumably there is an alignment/adjustment that can fix that.

I have an alarm clock made in Japan with promotional material saying “thank you to fine Japanese engineering, you are not asleep when you are awake”. Doh.

Yeah, it’s not like it’s the Disney logo or anything

it’s not like it’s the Disney logo or anything

Let me explain why we protect the use of the SOTA logo - quite simple really, the sale of promotional material carrying the logo is (along with donations, certificates and trophies) the only source of funding for the SOTA programme. If we did not have this funding stream we could not provide the data processing and other services which are key to SOTA.

The only other option is to make SOTA subscription only - and we are NOT going to do that.

To that funding of SOTA into perspective further:

It is costing over £125/month or £1500 / year to provide all the services EXCLUDING the reflector.

I always feel bad when posting an activation report with lots of photos, I know I’m slowly filling your drives up…

I use GIMP to deres my 20megapixel shots down from about 9MB to 200kb. Takes 10mins to select pictures and deres them before pasting into report.

I use it too, tho not for the Reflector. Only snag is that its save defaults to a GIMP format and I have not yet found a way to alter this permanently.
73,
Rod

Export As or Shift+Ctrl+E => exports the file and you can pick the file type from the save file dialog.

I reduce the image size to typically a 1/4 to 1/8 the original size and from the file save box you can set the quality. Using JPG you can massively drop the quality for webpages and nobody notices.

And it took me sometime to figure out how to do that export image!

Barry, I only meant that as a reference to the notorious ferocity of Disney’s lawyers in protecting their brand. Perhaps I should have included a winkie of absolution.

But thanks for reminding us all how this fine program is funded. I have purchased SOTA themed products from you and I will again,