I have been working on this trip for months. The plan was to climb Mount Morgan (North) via the Nevabhe Ridge and descend Esha Canyon on skis. About a week before my planned activation, I went to scope it out and found that the road to the pack station from 395 was clear of snow but had a closed sign posted at the bottom. I was able to contact the Mono County Road Department, who informed us that they would probably open the road mid-week.
They opened the road on Wednesday and we scoped out the stream crossing, which some trip reports say is the most difficult part of the route. Ultimately, we decided to just bring rain boots and walk across the stream, which is about 200 ft from the parking area. We stashed the boots in the bushes and continued from there.
We got a fairly early start, leaving the parking area at about 4:15. I think an earlier start would have been better. The route starts with a couloir on the north end of the ridge. This was super fun climbing on very firm snow. The steepest sections are about 45°. 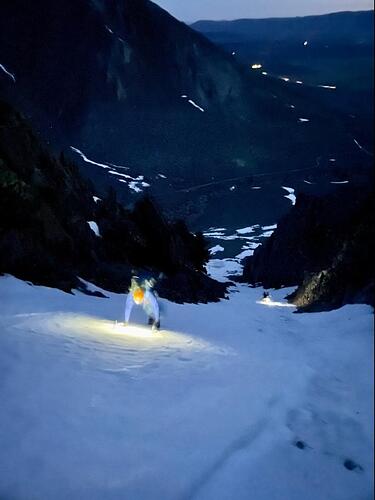 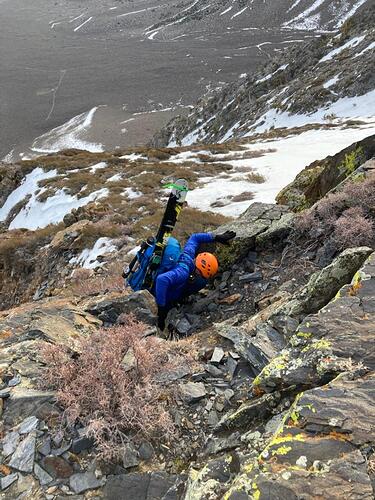 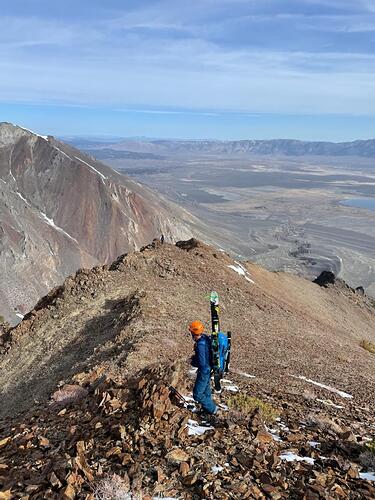 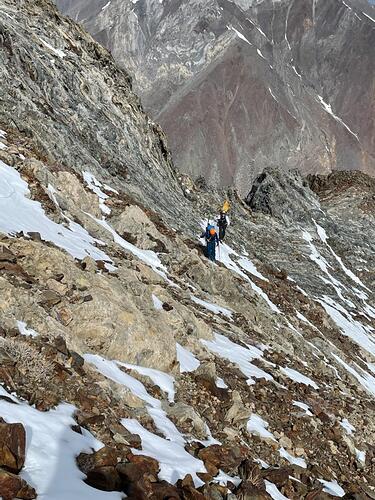 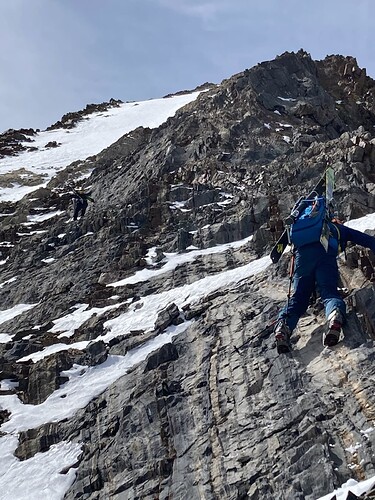 IMG_20220405_1607201200×1600 287 KB
The biggest issue was the loose rock though. None of us really wanted to continue. We climbed to the ridge, checked the other side, discussed our options and decided to bail out down one of the chutes on the east side of the ridge. The snow was funky up high, but got better as we got lower. 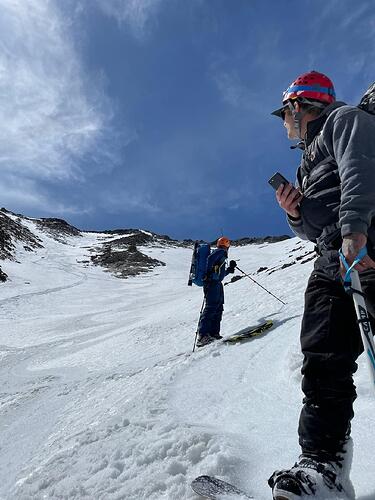 That looks like a proper Alpine adventure. A grand day out, but such a shame you didn’t pull off the activation, especially given all of the prep work and reccés you put in.