I knew there would be something that I can spend my Christmas money on.

A pair of splatchers would be more practical!

That’s what the lady on Black Hill had.

Marianne loses it with me if I take her on a route that involves even 4 yards of quagmire. There was about 40 yards of it on today’s 15km route and accordingly I received my pro rata 10 rollickings.

I ran monthly church walks for several years. Not only did my wife dish out a rollicking if the route crossed clay ridden fields, but I also got it in the neck from every lady on the walk. I well recall one occasion where the walk was delayed for a good 10 minutes while the ladies cleaned their boots after crossing onearticular muddy field, several claiming that their boots had doubled in weight and they had grown a few centimetres in height.

I quickly learnt to vet the route I had in mind on Google Earth before sending out the invitations to go on the walk. 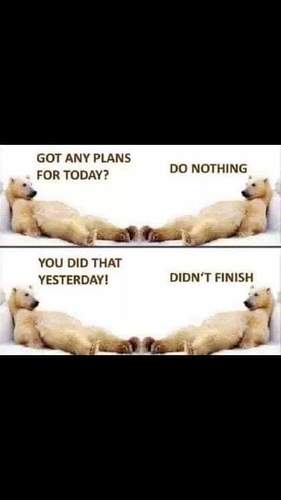 My Lockdown Walks project and website got featured in our local newspaper this morning! Our next lockdown walk is tomorrow - should be a fine day until 2pm - but Marianne dislikes starting before 11am even so… I don’t know which route we’re going on - she has refused to tell me! 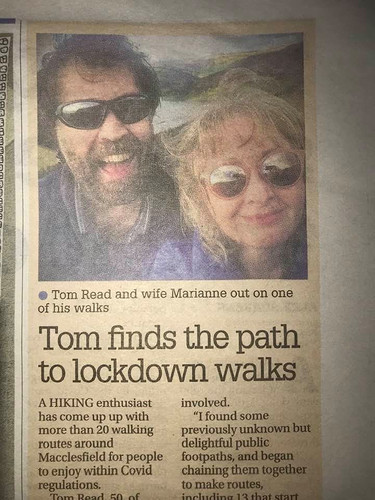 My telescopic mast is a fishing pole, have a fishing bag for my vhf radio. Sure the 857 and tuner will fit

I’m sure the fishing pole and TUNA would be sufficient evidence!

Marianne and I did a lockdown walk today, and kind of variation with bits of the lockdown routes and bits of road walking for respite from the mud. Everywhere was very muddy. The only bits that weren’t muddy were the flooded bits!

I involved radio by taking my handheld. Just @G3CWI was worked, periodically around the 20km circuit.

Talking of fishing, we met a chap fishing on the Macc Canal near Danes Moss. He, like us, had walked from home rather than drive out to his usual hobby spots. He’d just caught a huge pike that weighed over a stone and asked us to take a picture. I chose to do so on my own phone for Covid safety reasons, and send over to him via WhatsApp. But that meant I had the picture - so here you go - check this out! 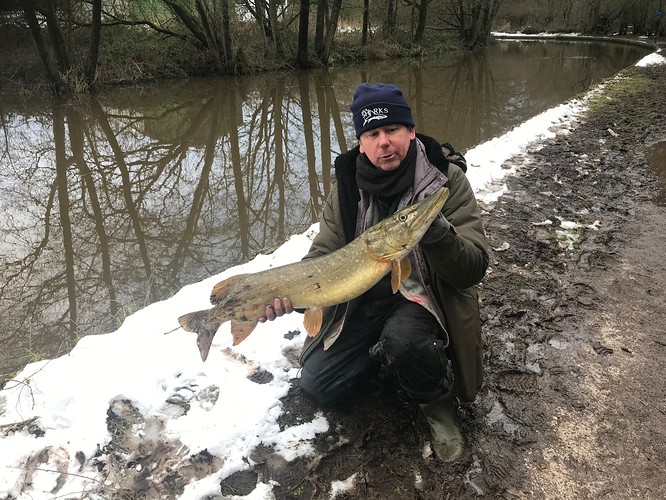 We were watching a Swedish TV drama yesterday ‘The Bridge’ (I had to take a ferry when I went to Sweden because there wasn’t a bridge back then) and I suddenly thought ‘I can’t remember the last time I drove down a motorway’.

Strange times. I wanted to do 5 mins of CW from our local mini-summit Brant Fell today but the stinging horizontal sleet took care of that.

The last time I drove on a Motorway was on 11th October 2020 when I went to Scotland for the day to activate SS-184 Middlefield law and SS-120 Cairn Table in East Ayrshire. Perfectly legal and within Covid guidelines but not permitted now.

The nearest Motorway to us is the A1M near Leeds and thats a good 40 miles away.

Well done on the CW aspirations Mark, it shows considerable enthusiasm to consider sitting out in the cold to practice, even though you didn’t make it because of that sleet. All the best.

Phil, that takes me back.

I lived in East Ayrshire [1988 - 2001] and shortly after I passed the Morse test in the mid 90’s and got my ‘Class A’ license (M0ALC) I would take my second-hand FT290 MkI and miniature straight key to various summits in the area including Cairn Table and have my first portable CW QSOs on 2m, QRS back then, with local hams [they had to be local using the in-built telescopic aerial].

That’s where I got the ‘bug’ for portable QRP CW operation. Ironically, many years later Cairn Table would become a SOTA summit.

It’s probably OK today as everywhere is hard frozen. But most of the time it’s a dire bog trot where you are likely to get trench foot. One of the wettest and most boggy summits I’ve ever done.

Another contender for the most-boring summit in the area is GM/SS-236, Corse Hill [which I’ve been to by mountain bike with friends but never activated for SOTA].

Back in the early 1990’s, long before they built one of the UK’s largest wind farms in the Whitelee Forest area, I walked one lovely warm summer’s afternoon and evening from my place of work in East Kilbride to my home in Darvel, a 4.5-hour walk via Corse Hill much of it over what was then open moorland.

Except that the Forestry Commission had dug many long parallel troughs [called grouts, I think] and put the soil in between the troughs into which they had planted conifer saplings [probably tall trees now]. The troughs were almost a metre wide which made for very hard walking across then, actually more like hopping for several hours which made my legs very tired.

If anyone is finding SOTA activation too easy, maybe a new category of activation ‘hopping SOTA’? It would take /PM to a whole new level.

A good thing to practice during lockdown.

The hill will almost no elevation gain from the car park. Cycling between the windmills would be fine but I did it around Christmas time one year just for the walking exercise. Dire. Still the exercise was useful. It’s a tick in a box.

Here’s an online version of the article if anyone wants to read it. 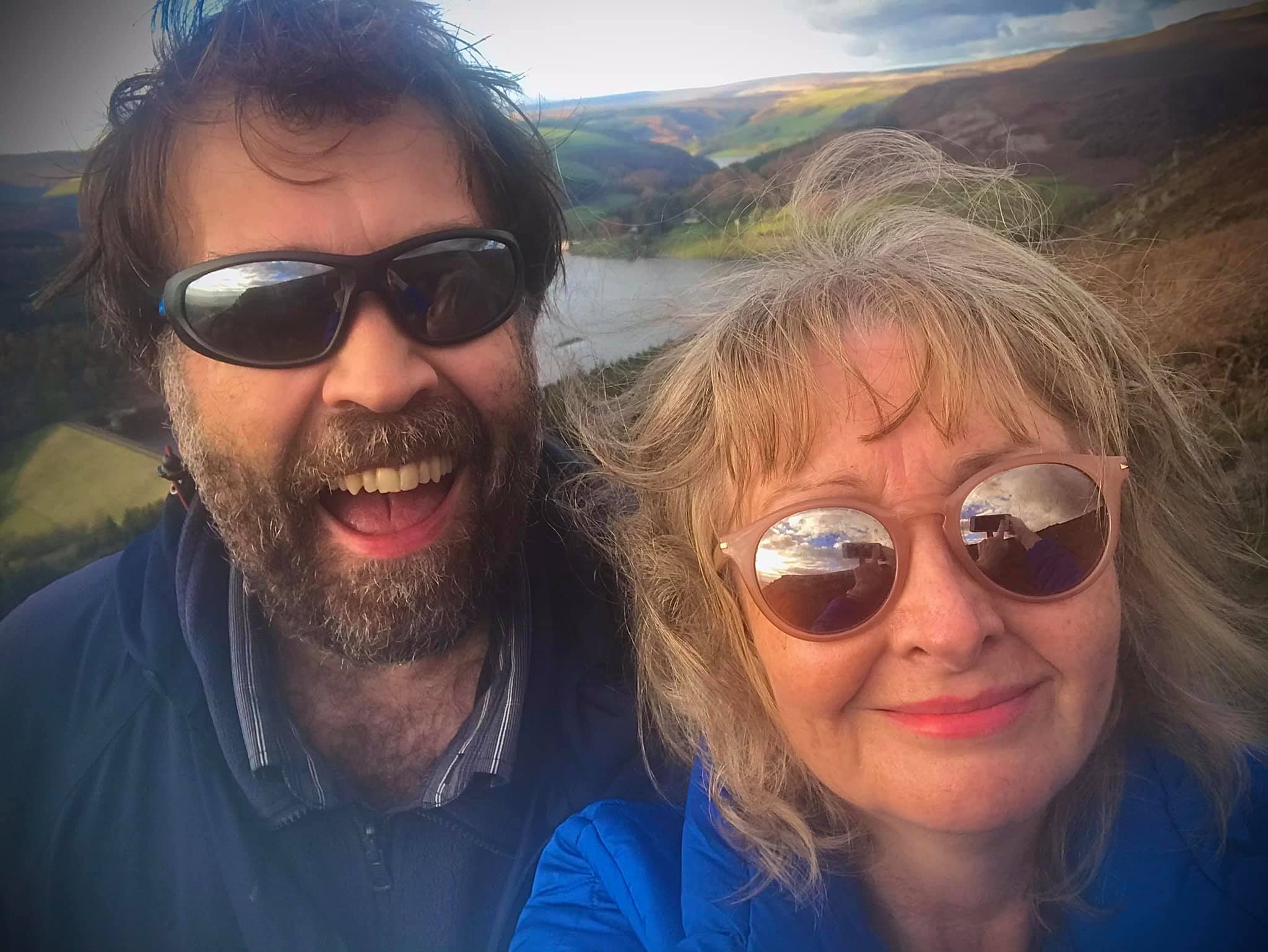 Hiker creates routes to walk round Macclesfield within Covid regulations

5 mistakes in the physical newspaper, 4 in this online version. @G3CWI predicted 3!

It really seems to have gathered momentum this story! Last night I was asked to provide a Lockdown Walks feature monthly for the next year in a regional magazine! The posts on Marianne’s and my Facebook timelines have attracted huge numbers of likes and shares.

Who’d have thought that a middle aged married couple going out for a local stroll would be so newsworthy?

Yes, they have to say broadcast don’t they. When I met the guy who does the walk reports for The Scotsman on Craig Each GM/SS-084 he was fascinated by finding some numpty sat in the snow playing radio and took photos and featured me in his report on his Craig Each walk. But… and this is unusual he let me proof read his words beforehand as he wanted to ensure it was technically accurate as he hated reading articles done in good faith but wrong in some way. Amazing stuff. I think he may be unique.