As part of my personal goal to make 1000 points on HF CW (before my boots wear out), I decided that I would activate the UK ‘3 peaks’ on CW. These peaks being: Scafell Pike G/LD-001, Ben Nevis GM/NS-001 and Snowdon GW/NW-001. All three are visited by thousands of people every year so these activatons require special considerations.

I activated Scafell Pike and Ben Nevis in 2018 where I experienced the advantages of being first up the hill. That just left Snowdon. Fortunately, my son lives in Chester two hours away by car, but for Snowdon three matters required special attention. People, Covid 19 and space to safely erect aerials. Up to July this year Snowdon has seen 369 activations but only 20 of those have included CW and a number of those were single QSO’s. Much time was spent with Google Earth and enlarged 25,000 series OS maps looking for a space within the Activation Zone, off the normal paths where I could deploy an HF dipole. Finally, I decided upon an area to the South East of the summit on a steep slope with a few small areas of grass / moss.

To be able to make an early start I camped overnight near Llyn Ogwen on a site that had only been open for a few days following the relaxation of the Covid 19 restrictions and set my alarm for 0300 ( all times in UTC) . After a pleasant night I awoke just as dawn broke, the weather was good, no wind and dry. I then drove round to Nantgwynant and parked up. I loaded the rucksack with FT857, 2 X 5Ah lipos 6m pole, GP for 20m, link dipole for 40/30m and IC92D 2m handie. Food, water, maps, hat, gloves sun cream, GPS and lastly, a new addition, hand sanitiser.

My route (chosen to avoid most of the people) was the Watkin path which ascends from the South, commencing at 60m altitude rather than the popular Pen-y-pass at 359m. At 0410 I left the car, just as dawn broke. The word ‘path’ suggests a gentle uphill stroll and although this is true for some of the route, there is a section of 300m of rough scrambling below the summit, hence the need for hand sanitiser. The 6.5km, 1000m ascent took me 2 hours 40 minutes with the top 500m shrouded in in cold wet mist. I had previously ascended the Watkin path in my youth and activated Snowdon twice on VHF so I was well aware how little space there was to erect an HF dipole, out of the way of people whilst within the Activation Zone.

Due to Corvid the summit train was not running, and the summit café was closed so possibly fewer people? As I ascended the steps at the café entrance the whole area was deserted, it had a sinister appearance in the mist. I then moved off the path to the SE, onto a bit of steeply sloping scree and patches of grass. Moving was a slow business because everything was slippery and unstable. I checked my altitude on the GPS, 1071m, 14m below the summit SH 60991 54360. I set up the 6m pole with 2 guys pegged into the ground above and one below. Even large rocks weighing perhaps 500Kg were loose when touched. The 30/40m dipole was then run out and again pegged down, all off the paths. I then connected up the gear and set the radio for 30m. I was on air at 0737 and first QSO at 0740 with DL5LCR in Munich 579/559 reports. 12 QSOs followed in quick succession. Then at 0801 I reset the dipole and radio to 40m. At 0809 F5JKK was first QSO with 599 both way, 21 QSO’s followed.

With no further callers, I then packed up the station and made sure I had left nothing, took a few photographs and at 0920 I prepared to descend. The 2m Handie crackled into life and I made a S2S QSO with GW4TQE/P and GW4VPX/P, but by this time my hands were very cold, I was struggling pressing the mike button and write the log. Time to descend out of the mist.

On the descent there were a steady stream of walkers coming up the path, but Social Distancing was easily maintained by standing aside off the path. Once again hand sanitiser was applied and the decent completed. On the way down, I looked back at the summit and took a photograph, the summit ridge was a line of bodies! Finally, when well down into the valley, I worked Vicky, MW6BWA/P on GW/NW-014. Nice ending for me. Thank you all. 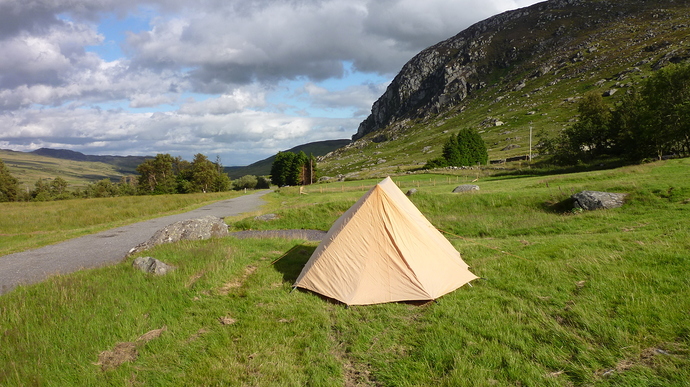 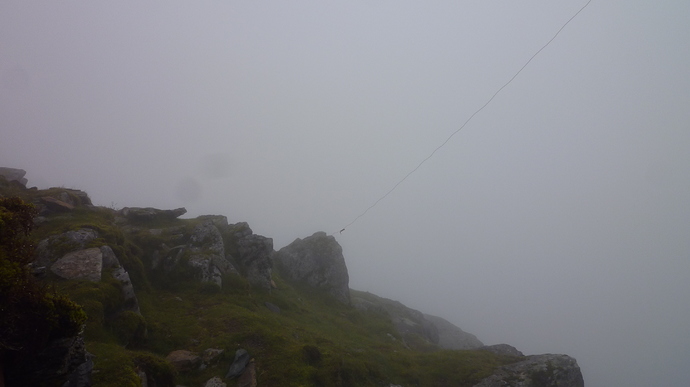 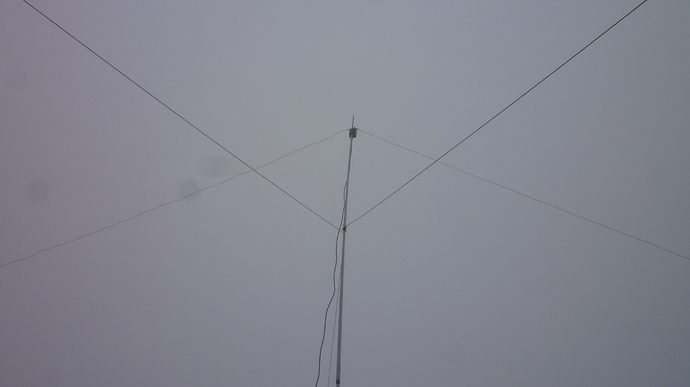 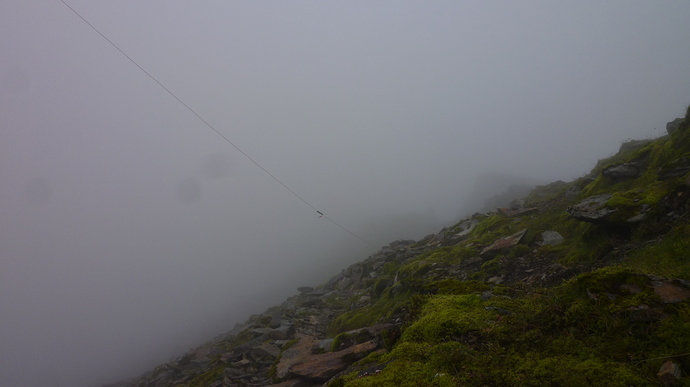 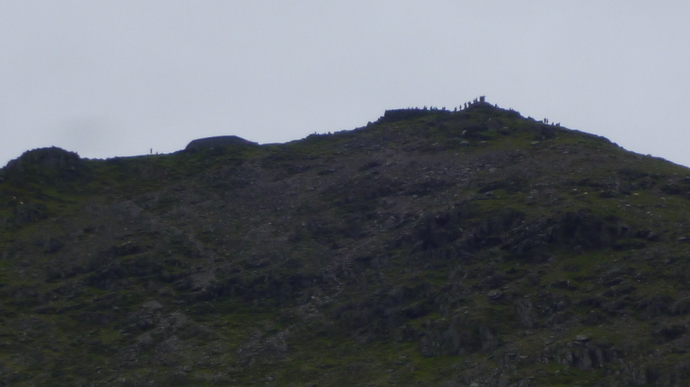 Thanks for your report and well done on activating Britain’s three peaks on hf/cw. I never thought of camping nearby but clearly that is the answer to beat the crowds on Snowdon. You will have to nip over to Northern Ireland now and bag Slieve Donard!

Congratulations on this one. I’ve never dared to try Snowdon GW/NW-001 on HF yet! Maybe one day with my 10m/12m GP which is the most compact of my HF antennas.

Great report, David, and congrats on the activation.

I guess hiking in the UK has gotten more exciting in the years since we walked the Coast to Coast. “Due to Corvid the summit train was not running, and the summit cafe was closed.” Are the ravens getting that aggressive? https://en.m.wikipedia.org/wiki/Corvidae

Where is Alfred Hitchcock when we need him?

Seriously, probably just an agressive automatic spell checker - mine catches me out all the time.

Congratulations David on your CW triple.

Having done the three I can appreciate your acheivement. Your voice calling me on 2m for an s2s caught me by surprise as I had given up any hope of getting you due to your early start…thank you once again for the nice qso despite your cold hands.