During our June 2017 Northern Irish tour we visited mainly the Sperrin Mountains with a quick dash to the remaining Mournes and also a few Antrim Hills. On our way to the coast on 13 June we called in at GI/AH-009 Carnearny (aka Tobernaveen Hill)near Antrim, where the trig point was well hidden in a rather brambly clearing in the middle of a thick bit of forest. There was just room along the path for a long wire for HF and I leant against the trig point (not wanting to sit on the brambles…) with my dipole and VX-7 and hoped my signal would get through the dense trees. Thanks to a very helpful band of local chasers in 20 mins I’d got 5 on 2m and 4 on 70cm so my attention wandered and I inspected the top of the trig point and suddenly realised I could decipher the hieroglyphics inscribed thereon 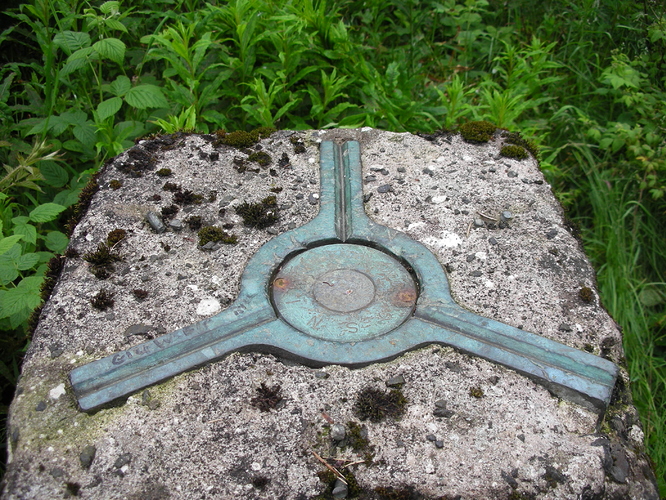 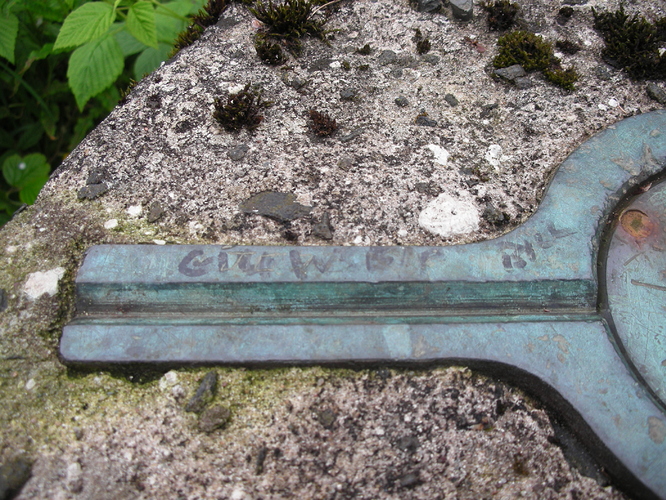 DSCN1095.JPG2816×2112 984 KB
read the inscription "GI4WSB/P BILL’. This seemed to indicate that one of our leading British SOTA activator had been this way (about 11 months earlier on 3/8/16 according to the records) and had duly ‘signed in’. This was obviously a local custom so I picked up my pencil (not having a marker pen or pot of paint like my predecessor) and followed suit 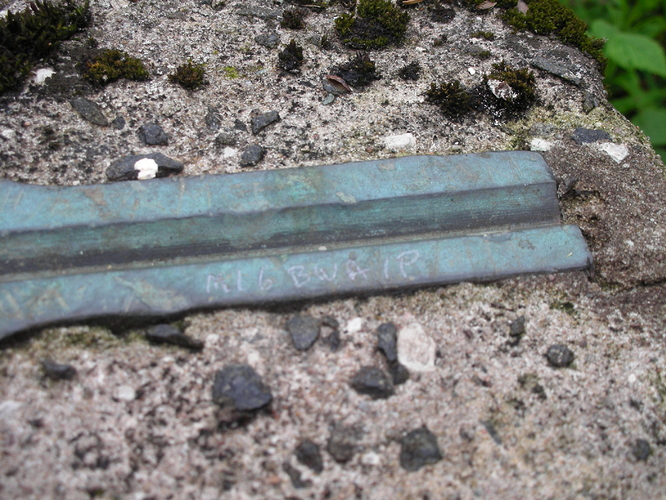 I would like to know whether this ‘signing in’ is a SOTA tradition that had passed my by or whether it is only practised by WSB and, if so, on which other summits I will find his mark?
Viki M6BWA

Would you be happy if I came and wrote my callsign on the front of your house?

The simple answer is no, not normally. On popular summits the trig point would vanish under multiple layers of tags - The Cloud has been activated 1,316 times, for instance. The database contains the only record that is necessary.

Some summits in vk5 have a visitors book which I have signed telling what I am doing. Not sure how many other visitors would know or care what i wrote about. Some summits have a glass jar with a note book inside but i never left any trace on equipment or trigs on the summit.

If there was a way to show you had been to a trig/summit at the summit that wasnt permanent then I’d be happy to “sign in”. This was discussed a year or so back by a few VK activators, but we didnt arrive at any sensible conclusion.

Maybe we should get some of those love locks people put on bridges and look outs with SOTA engraved on them and put then at the summits?

Hi Viki,
I think that inscription was "GI4WSB/P BILL’ rather than "GI/WSB/P BILL’.
In Germany the trig point markers are small stones and writing things on them would be looked down upon by the authorities however usually there is a book on the holy cross, which is nearly always present, in a waterproof metal container where you can enter name and date etc. if you wish to. I must admit, I have never entered anything in the book on any summit over here.

Also SOTA General Rules 3.7.3 - such deliberate vandalism could lead to exclusion from the programme.

Thank you everyone for your response which agrees with mine. I was very surprised and shocked when I saw this inscription - we do have to remember we don’t know how it came to be there and it might have been done by someone other than the owner of the callsign. The point of adding my name in pencil was to show by contrast how large and permanent looking the original inscription was and thus so damaging to the environment. Luckily it was on a very obscure hill and thus is unlikely to start a trend - but this may also mean that it may be some time before someone can get up there with suitable equipment (a solvent?) to remove the lettering without damaging the trig point. I hope this was a ‘one off’ and no further examples will come to light.

Thanks DD5LP, I have corrected the inscription, Viki

Before getting too critical, you should know that a few years ago Bill was unjustly accused of cheating by not being at the summit during his activations, but satisfied the MT that his activations were genuine. By tagging the trig point Bill is proving to the doubters that he was there, an understandable reaction to accusations that must have rankled. The inscription appears to be fading, so the pen used does not appear to be UV resistant, and in time the marks will disappear on their own without the use of solvent. The most effective solvent with this type of marker is acetone, but this might damage the mosses and lichens colonising the trig point.

I am not sure this would be visible for long (Did Jimmy MI0HGY notice these inscriptions on 23/11/17?).

I did not notice these inscriptions on the trig point when I was on Carnearny GI/AH-009 recently. However you should not really be signing trig point with your callsign as this is classed as vandalism.

In Washington State on many summits there have been well established summit registers, placed by The Mountaineers. Its located in a brass or plastic tube (so it is protected during the winter) and you can sign the summit register!

I’ve only touched on the very fringes of it (i.e. found the two not far from either end of my road & Chanonry Point lighthouse) but maybe Geocaching would be an idea to consider.

At some of the rare isolated summits in National Parks bushwalking clubs have at times maintained a sealed container and notebook for those wishing to “log in” and record their visit.
I believe these notebooks get sent to the archives in the major libaries.
At other summits where there are trigs some visitors have scribbled their name and date in pencil which seems to last many years.
At Mt Tarana VK2/CT-008 remember some inscriptions going back to the early 1930’s made by people now long gone.

I’ve seen these tags myself on trig points in the UK. It would be unlikely that the Crown Prosecution Service would prosecute such offences, however the tag is easily traceable and if a member of the public were to make an official complaint then the police would be obliged to follow the complaint up and trace who they thought was responsible and interview them.

G4IAR is quite correct in that Criminal Damage laws could be used to prosecute. A conditional caution could be offered by the police but the offence could be prosecuted in the magistrates courts and if so it would likely be treated as minor criminal damage.

The sentence would depend on any relevant previous convictions and any aggravating factors, such as could the tag be cleaned off with water or solvent without causing damage to the underlying surface - if it couldn’t then the sentence would likely be at the top of the range. The Magistrates Court Sentencing Guidelines provide a clue to what any sentence may be for England and Wales:

Minor damage has a start point of a Band B fine (One weeks income) within a sentencing range of conditional discharge to Band C fine (1.5 weeks income).

Cost orders for this type of offence for someone pleading guilty would likely be £85. If the case went to trial then costs of £600 would be likely. Additionally there would be a victim surcharge of 10% of any fine. You would then have a criminal record if you were convicted.

Here in VK there is a website that lets you log trig points using photographic evidence, requiring you to upload a photo of the trig and yourself and/or your GPS. Another form of Geocaching. Heres a gallery of one of the local trigs, SOTA summit VK1/AC-023 Mt Coree

The authorities who look after the trigs actually use these photos as a way to montior them and schedule maintenance if required.

I think it might be known as “Waymarking” in other countries, might be a website for this A lot more friendlier to the trig instead of covering it with graffiti… I actually find the photos and logs useful if its a new summit for me, can even plan where to mount a squid pole…

FB Ian about the VK website - this is one we use in the UK for logging summit visits, hillbagging.co.uk:

Several activators already log their visits here also - and the site is also useful to determine which route the hill bagger used when they logged it, prior to your own visit - noted in the comments box against the summit log. Marilyns are SOTA summits in the UK so having the Marilyn category of summit on hill bagging.co.uk is very useful for us.

There is also this one: