My suggestion is that when sending our RST report we add s2s or “tnx s2s”. If the other station replies with TNX 73, they have our reference, if not, they will ask for it by REF? Or the equivalent on voice modes.
Andrew VK1DA/VK2UH 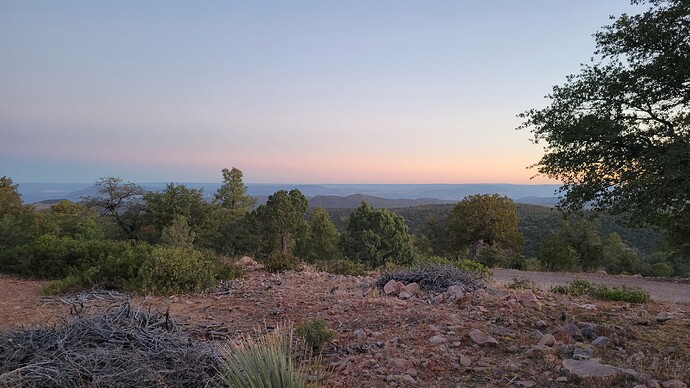 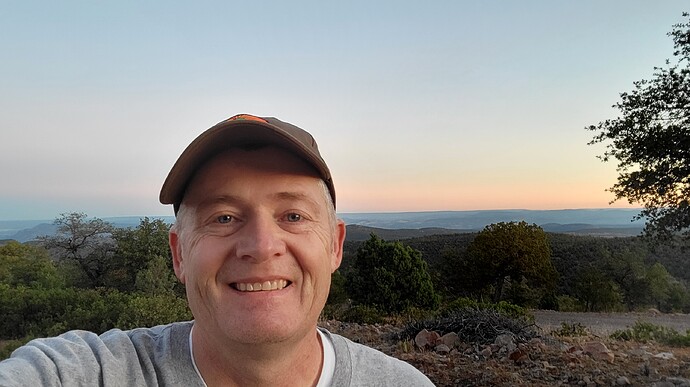 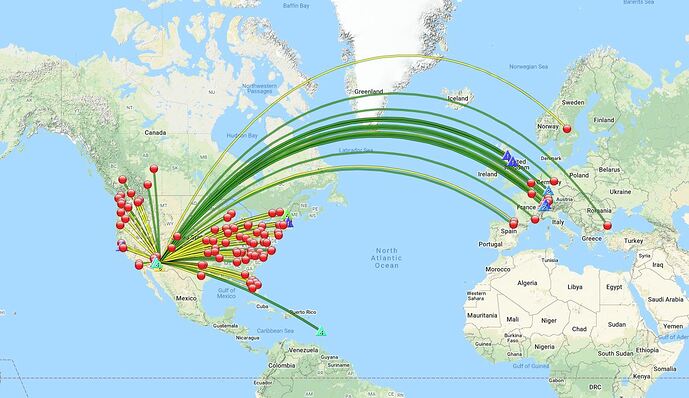 Tell me, are you impacted by that erupting volcano.

Yes, get your act together and do the remaining activator points for MG; that will be a great achievement

A great reason to party.

Gerald, I am so glad you mentioned this aka (also known as) because I was concerned that I did not find our S2S in my log after reading an earlier post authored by G4OIG. Luckily, G8CXK/p IS in my log at 1420Z on 15M with RST 569.
Stay well & 73!
Mike, WB2FUV

Indeed Mike, as you are in mine RST 559 - my only contact on 15m. I use my G8 call if I have activated the summit previously with my G4 call. Unfortunately on CW some find the number 8 plus the following combination of letters not easy to read. For one S2S QSO I had to repeat and repeat and repeat again my call, maybe 10 times in all. The report and reference were the easy part!

It was great to see your set up in your report, indeed those of others I worked. I’m afraid mine got somewhat untidy in my cosy space under the tarp. I should have done a photo shoot before starting the activation.

are you impacted by that erupting volcano

Hi Geoff,
Not really, as I live thousands of Km away, but I’m really amazed with its huge power and daily evolution on TV.
Very sorry for the people having lost house, land, business, all. Terrible, but fortunately they still keep the most important thing, which is life. The whole island is being transformed and they will have to remake several things once the eruption ends.

Didn’t know whether I’d make this one, still being a bit shaky after some surgery three weeks ago but thanks to my brother’s kind offer to assist and chaperone me and a relatively benign weather forecast I decided to give it a go.

Having seen the VOACAP predictions, I adapted my 20m “Upper and Outer” with links for 17m… 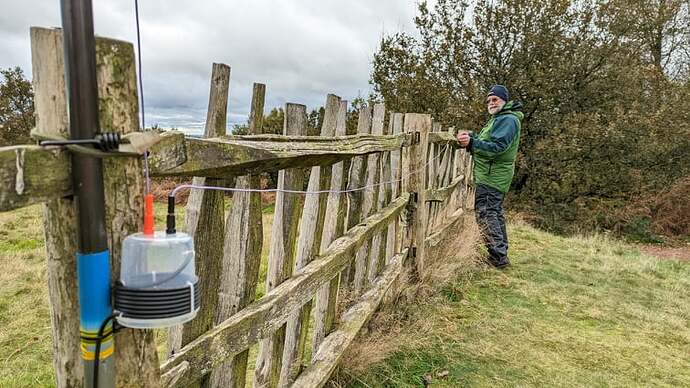 Setup on 20m was quick and easy despite the stiff breeze. I was using the '857 at 25W for a bit of extra grunt on this occasion and I was soon settled down to operate. 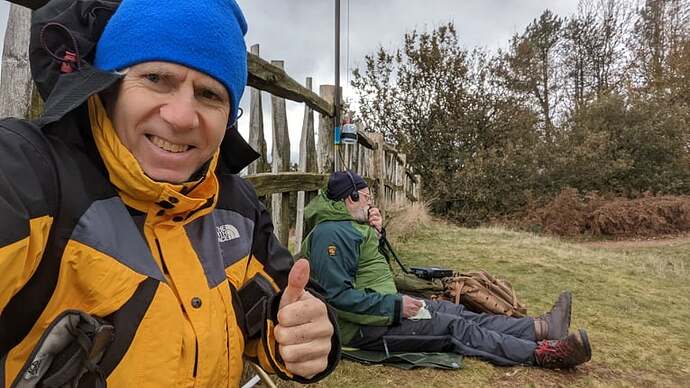 A quick tune around turned up S5630KVJ/P on S5/PK-019 - took several listens to be sure of the call! - and he was soon in the log, swapping 59/57 reports. Having demonstrated that the kit was working, I moved a few kc/s up the band, self spotted and called CQ. Over the next 20 minutes SA6DAZ/P, CT1DIZ, OE6RCD, and LA9DSA made it into the log. Things went quiet then so I tried a bit of S&P. There were several EU stations audible, but all seemed to have their own “zoo” of chasers and I wasn’t in the mood for fighting pile-ups

After a lunch and hydration break I took out the links in the antenna and moved to 17m. I soon lighted upon VA2MO on VE2/ES-011 and he was quickly in the log. A T/A contact so the spirit of the event fulfilled

As I finished with Eric a squall blew up and the rain started, and it didn’t take much deliberating for me to decide to pack up and run.

Despite the paucity of contacts, I had a great time and was very glad to be out again. Can’t wait for the next chance

Stephan, your end-fed provided quite a good SSB signal across the Atlantic for the 10W. In comparison I was running 75W to my wire vertical (around 8 meters with two counterpoise wires) connected to an autotuner, the same general arrangement I use with the KX2.

I have made an end-fed transformer following your kindly provided plans and used it once in a park to good effect on 20m and 40m with my 5W TR-25. I think I will try a comparison of the end-fed and my usual vertical wire with WSPR on 20 and 17 meters.

Thank you for the S2S and your feedback, which is very helpful to judge about my setup!

I have setup the inverted-L EFHW by using a 6m tall telescope mast on a hill slope that pointed to North-West. The horizontal part was pointing into the opposite direction and a bit upwards the hill. I planned to play with this part, by moving it 90 degrees to the side, but then I forgot about it, probably because of my freezing brain

This year, the 10W output power with audio compression were definitely better than the 5W I used the two previous years, but the antenna was either different or differently configured.

At the end, it’s difficult to compare the setups, when the current conditions play the most important factor.

Have fun with your experiments!

Activating from a tent in wild weather
I’ve activated once before from a tent whilst wild camping in calm warm July weather, but this was the first time I did it in wild weather. They say You can’t teach an old dog new tricks, but this old dog had to learn ‘on the job’ how to erect - and later pack away - a tent and ground sheet in a howling wind that’s trying to rip them from your hands. It must have taken at least three times longer than usual to make sure my stuff wasn’t scattered around the hillside.

Was very hard to push the pegs into the thin soil above solid rock at my local SOTA summit, Arnside Knott G/LD-058. The wind gusts at the summit which previously were trying to knock me and my 11kg pack over, were now violently distorting the tent [a Vango Banshee 200 Pro] so much I worried it might tear or collapse, but it performed very well.

It was surprisingly snug and warm inside albeit a bit damp from my wet clothes, and I was tempted to have a snooze rather than go outside again and try to get the vertical antenna up. The top of the heavy-duty Chameleon 17ft whip was bending so much on strong gusts that it was almost touching a nearby tree. 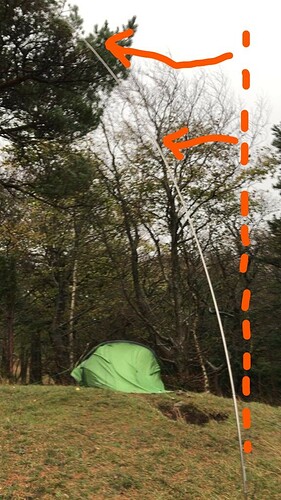 I’ve found it’s often what you don’t bring that can make or break an outdoor adventure. The tent noise due to the wind was so loud and continuous that I couldn’t properly hear the weak CW stations and that included all the transatlantic stations. I had brought my usual clip-over-ear earbud phones which don’t exclude external noise. Had I known I would have taken my bulky Koss HiFi headphones to mask out a lot of the tent noise and worked those faint T/A stations. When not keying, I was pushing an earbud further into my ear to make the Rx audio louder (the KX2 was already on maximum volume).

On pack up, whilst being lashed by the wind and rain again, I didn’t seem to be able to pack everything to fit in my rucksack. I didn’t even attempt to fold up the very wet tent neatly but shoved it into its ample carry bag. 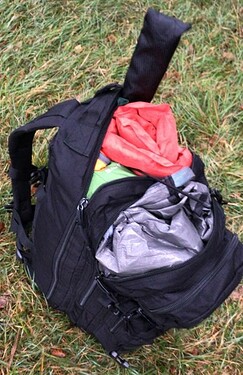 The good news is, the experience has given me the confidence that using a tent I could and will go wild-weather activating again.

You look nice and cozy in the tent Jose. Hope to contact you again soon.
Chip K2KJD

HI, You can see the video of the activity in https://reflector.sota.org.uk/t/cabras-s2s-trans-atlantic/27428
73

My day on mount Ham VE2-ES-011 was simply fantastic. Good weather and and very satisfying for the radio part of the day.
I took the most direct route up to the summit but nonetheless challenging with some steep sections. The view on the summit was beautiful.,
Propagation was good,i used 20 and 17m bands only. Quite a bit of traffic on 17 and some contesting action on 20 wich made it a little harder to copy everyone.

This is my record as far as S2S contact goes in one single activation: 15 S2S and 11 of them across the pond ! 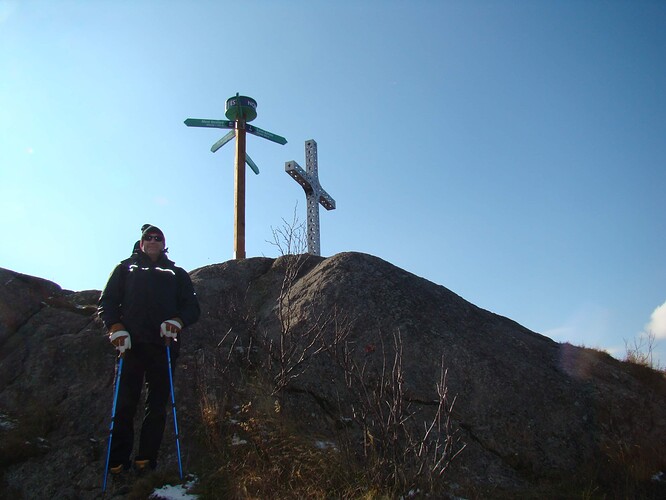 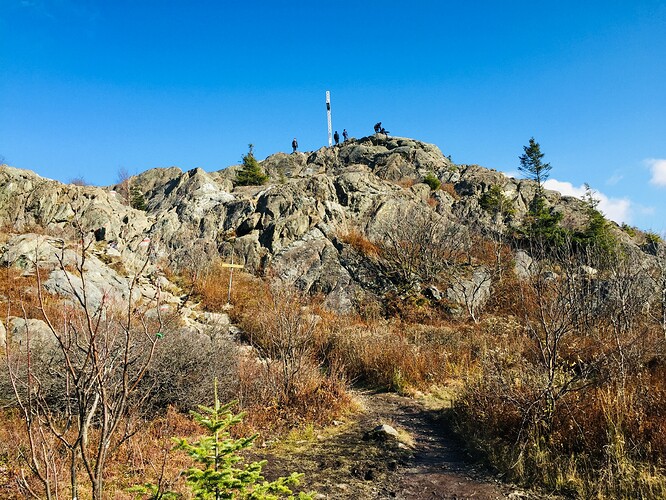 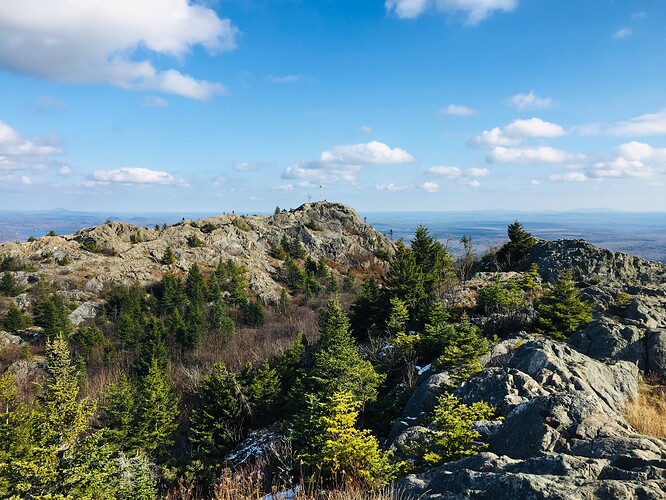 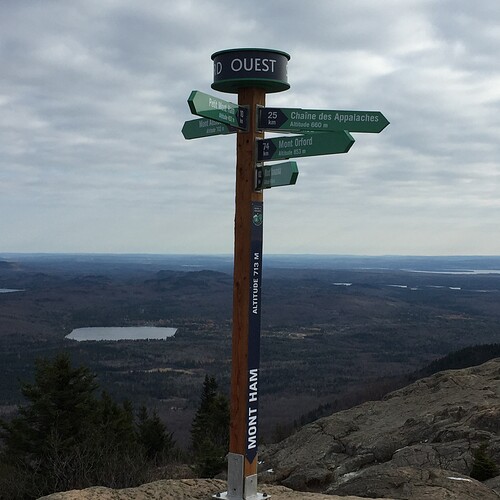 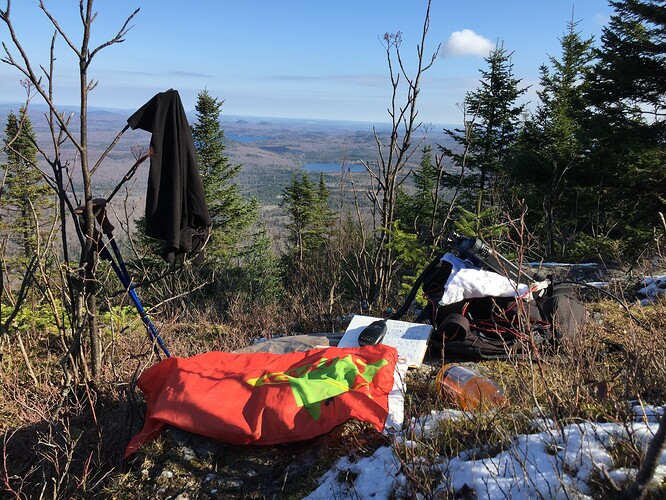 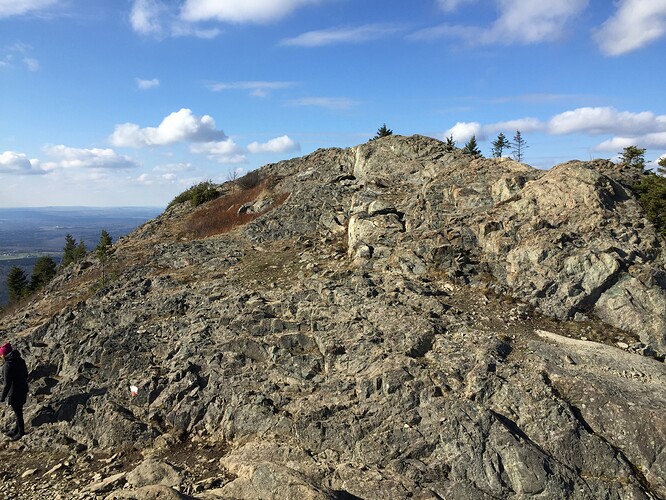 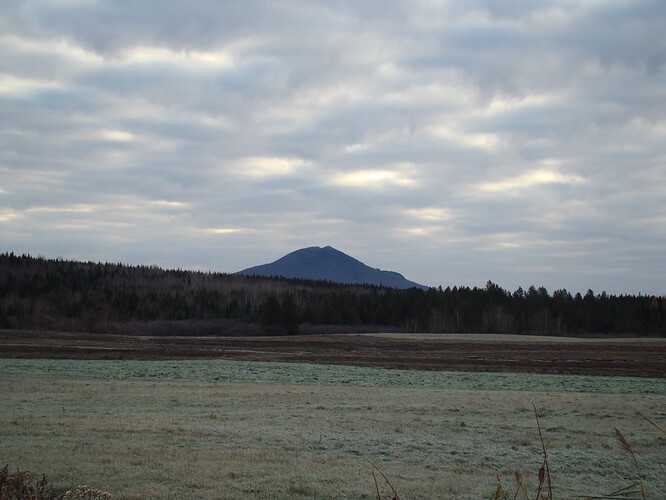 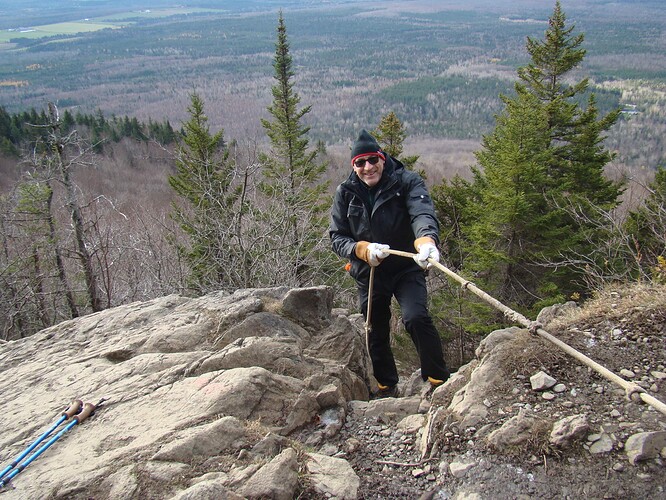 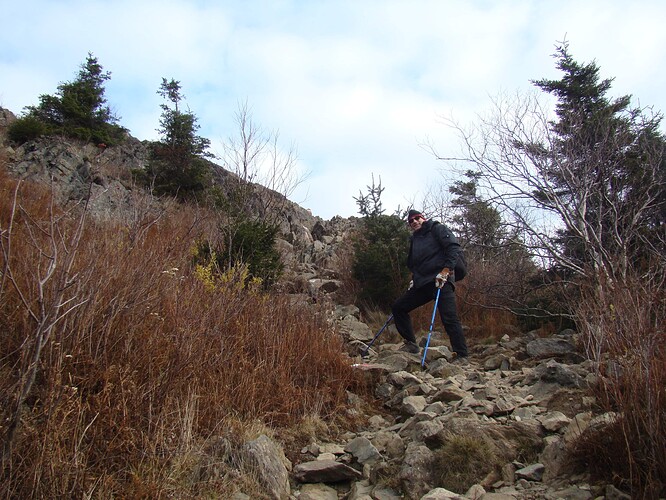 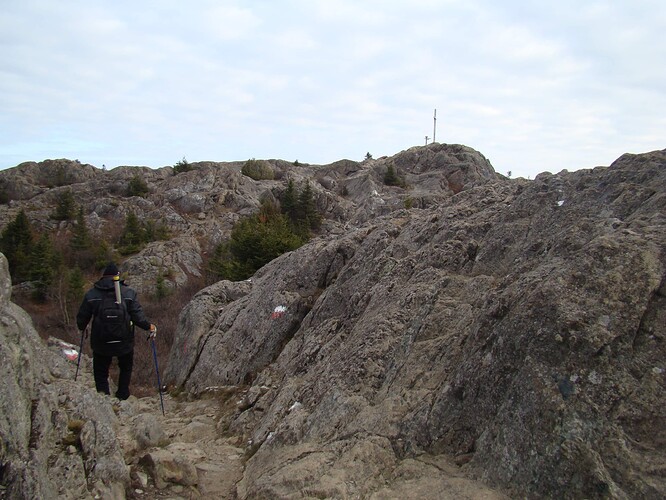 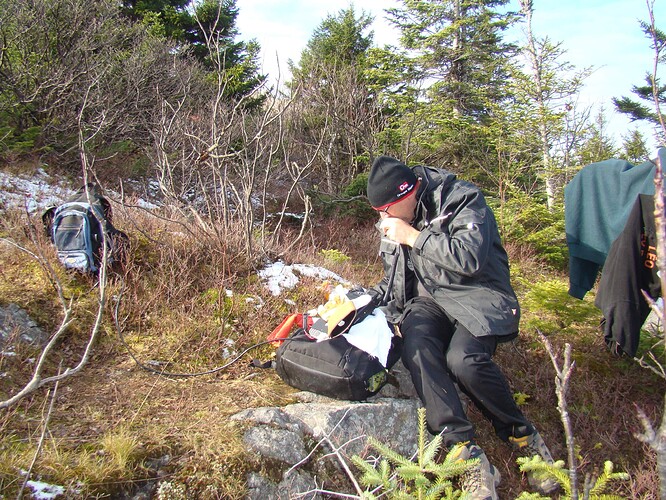 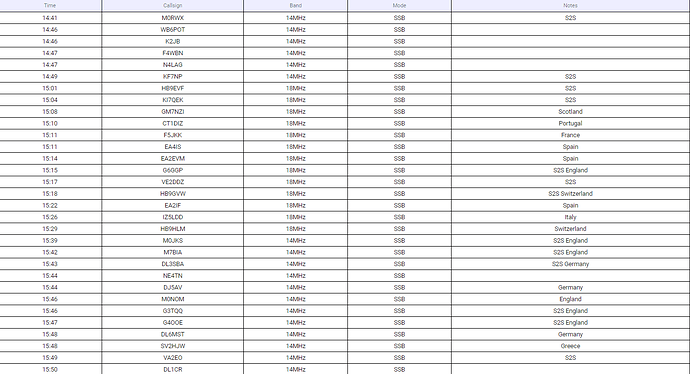 I’ve enjoyed reading your activation reports and viewing the photos.
My experience started Friday afternoon. I arrived at the Mr Gleason (W6/CT-017) gate around 0030Z only to find it locked. That meant my two 28 kg batteries, K3, and other goodies, stayed in the car while I carried the lighter stuff up the 0.4 mile remaining distance. The sunset was stunning and I could see the (our) Channel Islands poking up through the thick blanket of cloud cover far below. On the summit there was a bracing constant wind (20 to 30 mph) that created a loud steady whistle in the trees. The temperature was in the high 40s/low 50s overnight, but it felt a lot colder. With the soundtrack and the mercury reading I did not sleep well. The beautiful night sky kept me company.
My setup was a 66’ doublet fed with CAT5 twisted pair suspended between two 6 meter poles propped in trees parallel to the northeast face drop off. A folding chair and camping table supported the KX3 (5 watts) and clipboard with log and paddle.
I was up well before sunrise and listened intently for EU signals and US activators. At 1348 VE2DDZ floated out of the noise for an S2S on 20. Alternating CQs with listening to spots netted a few more Qs including another S2S with N1AIA. Around 1458Z I was hearing DL4FO/P well on 18.098 MHz and called several times. No luck. Back on 20 F4WBN and others called in and I worked N1FJ S2S. On 17 I worked WN3F S2S and IK2RMZ who’s CQ I answered. On 18.093.1 MHz around 1550Z I could hear G8CXK/P CQing, but he didn’t respond to my calls. At 1612Z on 18.085 MHzI tried to complete a T/A S2S with HB9EKO/P who did get my callsign. I’m not sure he got my info. Later, at 1635Z EA2LU answered my CQ on 21.0625 MHz with a very respectable S7 signal. Three other S2S were made before I packed up: W6LOR and K6STR on W6/CT-226; AC7P on W5O/WI-007. Thank you, Chasers!
EA2BD/P was heard at 1616Z on 14064 and I could hear a whisper of FM/HB9BHU/P at 1604 on 18.090 MHz.
Despite wearing a thermal under layer, long sleeved shirt, Patagonia fleece pullover, knit hat wind shell I was really cold. My hands were so compromised that it was a struggle to write in the log. Gloves didn’t help. Eventually I wrapped myself in a sleeping bag which helped a bit. When the sun finally climbed above the trees things warmed up nicely.
Next time I’ll rig up the 17 meter CAT5 vertical dipole I tested yesterday on W6/CT-225. It reached most of the country and EA2BD. Thanks to M7BIA (I think) for planting the idea. That’s quite an image you posted.
I need to pack a photographer next time.
72,
David N6AN

Hi Eric, quite an enjoyable read with terrific photos. Congratulations on a successful and enjoyable day for you. Well done.

Many thanks for my only T/A S2S

Hope to work you again some day

Oh David, I’m really sorry about that. I normally hear more than I can work with the IC-703, even with the small linear amplifier attached. I was running 30 watts output to the vertical. Hopefully we will meet up in the new S2S event.

No worries, Gerald.
I think conditions were such that, with 5 watts, I got to window shop . Next time, with more solar activity and more power, I might have some money to spend, hi.
It’s still a thrill to hear a summit coming through from a distant land.
73,
David N6AN

Pity you were running barefoot. A few dB might have made all the difference. I guess you were proposing to run some power on account of your 2 x 28kg batteries being in your kit, unfortunately left at the car. I was running my 4 x 4.2AH pack which weighs 2.8kg. That must be some power you have or a typo.