With the weather report looking pretty iffy for Sunday I decided to stay low and combine one SOTA activation with four WOTA activations within walking distance of High Nibthwaite - with a fifth quick grab of Finsthwaite Heights.

Here is a map of the route from Wainwrights from High Nibthwaite to Top O’Selside: 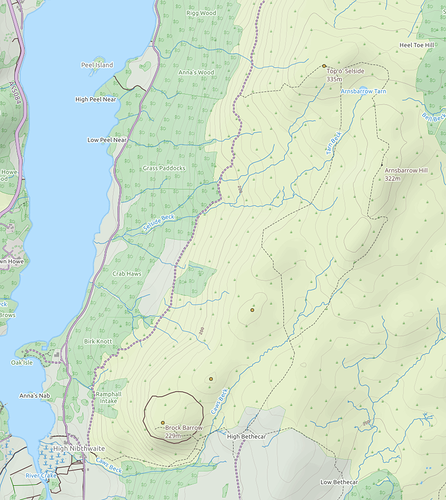 I got up at 7:00AM in Windermere - I didn’t make a note of the time I started - I was planning on using the GPS logging facilities built into my FT1XD, not knowing at the time that it didn’t have a MicroSD card in it so wasn’t going to log anything!

I followed the instructions on the Wainwright Routes website but in reverse, so after the gate and sign turned left and followed the rough road signposted Low Parkamoor. For most of the walk there was a view of sort over Coniston Water - the cloudbase was substantially lower than Coniston Old Man. 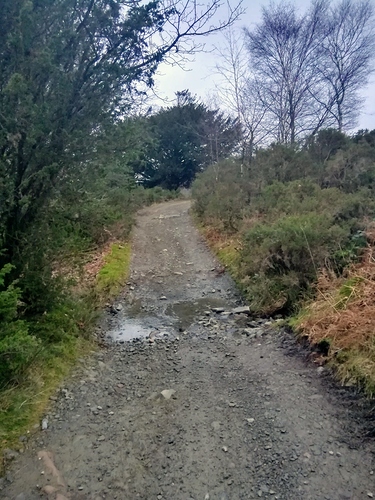 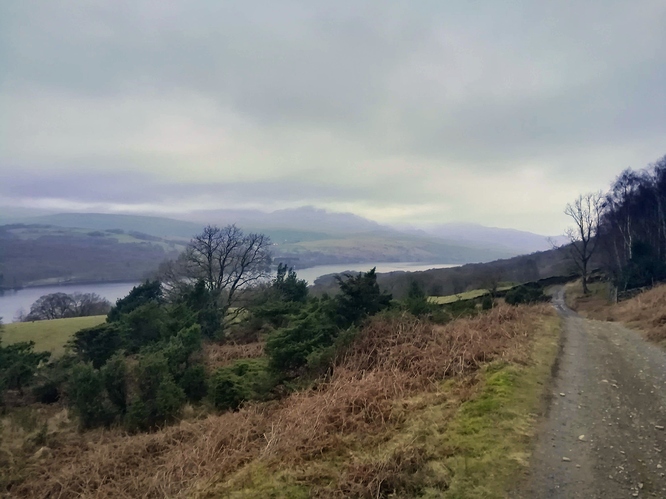 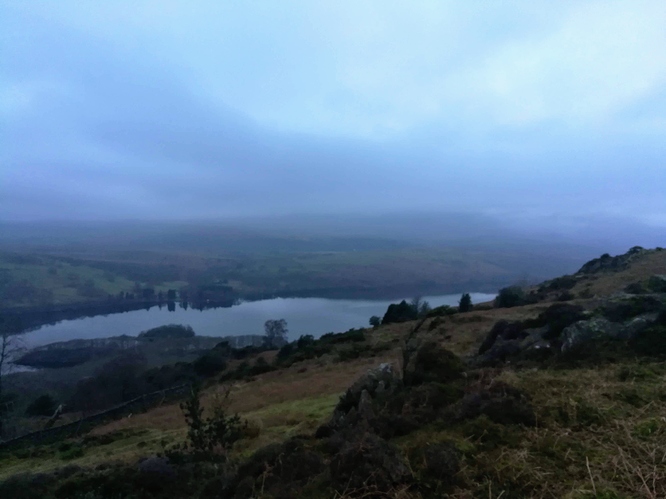 I turned too early off the track towards the summit and therefore had to do some traversing. I’m trying to improve my navigation skills without resorting to the GPS - clearly have some work to do still!

The summit stones appeared eventually in what was now low cloud. 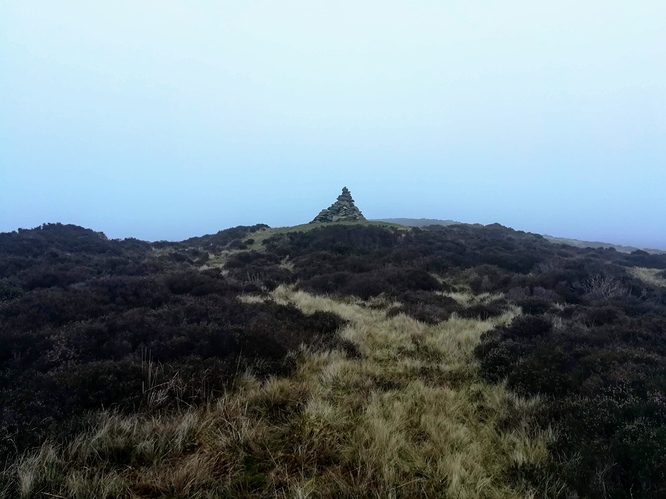 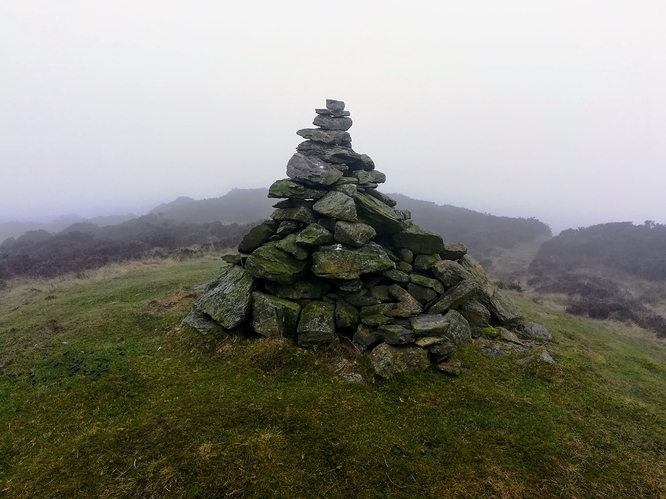 I setup the HF station comprising the Sotabeams QuadBand Linked Dipole, the FT-857 using the Sotabeams 10m compact travel mast. I also attached the 8 element linked coaxial colinear and the whole setup was fairly stable after re-positioning after the first fall.

I seem to be doing well with the number of HF and VHF QSO’s - in a little under two hours I recorded 55 QSOs including some HF SOTA S2S’s:

About 3/4 of the way through the mist thickened which was now settling on the radio and equipment. I decided to pack-up and head to the first of three WOTAs on the descent: LDO-085 High Light Haw. Footing was reasonable on the way down with a semi-discernable path. Boggy in places but not unmanageably so. On the descent I just made out Arnsbarrow Tarn: 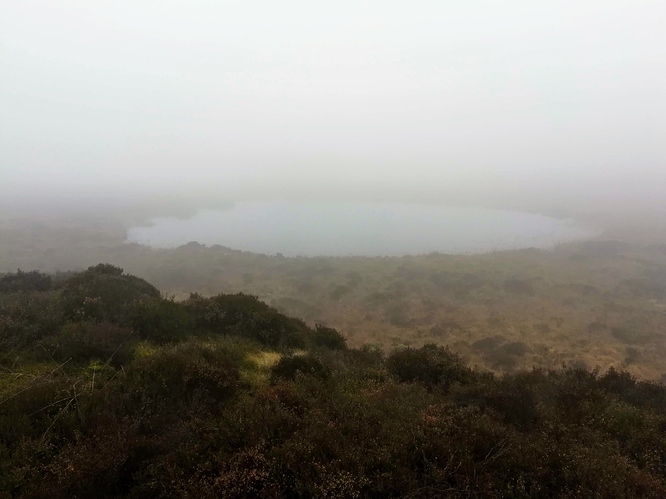 On arrival at High Light Haw you are greeted by a modest pile of Cairn stones on arrival! I used the handheld for the most part but with an alternative telescopic whip (see below). Sue let me know that M6ZVD was a recent convert to C4FM and with the help of the coaxial colinear we were able to complete a QSO, his first using that mode!

I overestimated the time it took to get to both Low Light Haw and Brock Barrow so both were fairly quick in succession. Signal reports for both were very similar to High Light Haw, if not better. 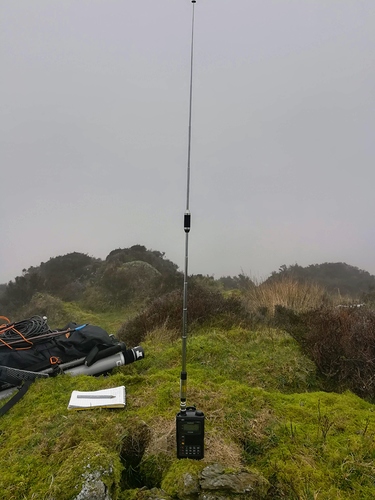 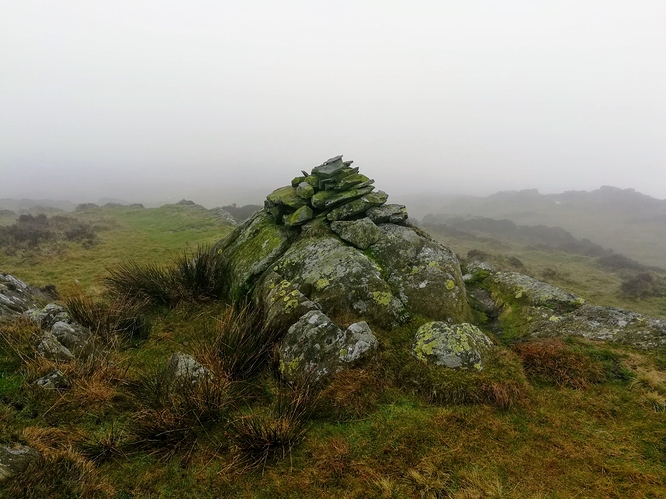 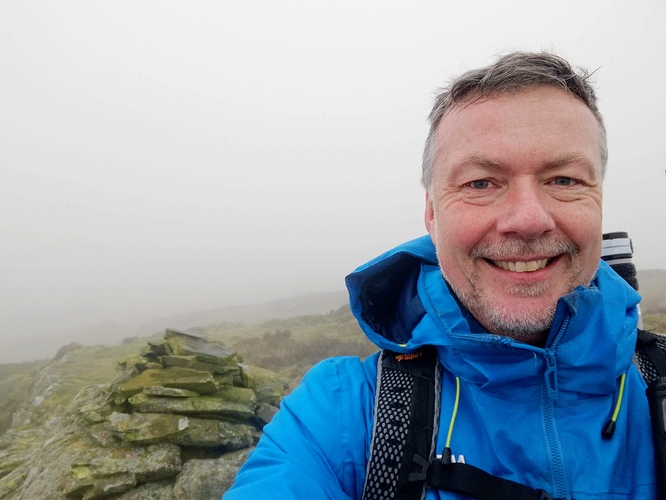 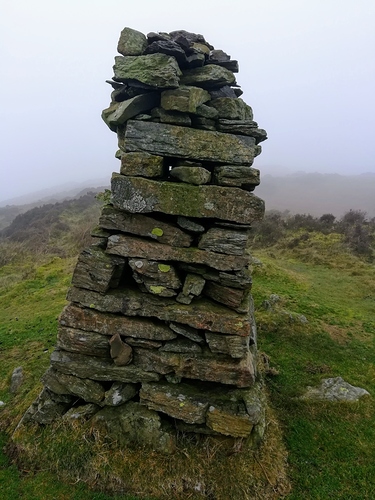 The descent to High Nibthwaite was obvious and uneventful with a mostly obvious path. 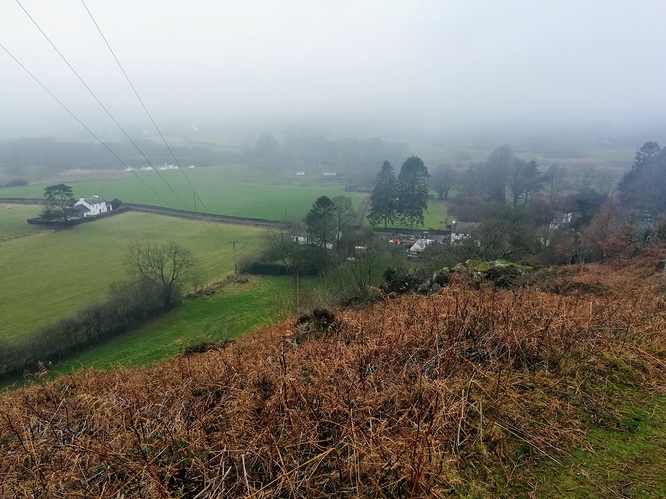 IMG_20190106_135552.jpg3968×2976 2.57 MB
The bonus summit of Finsthwaite Heights near High Dam was next after a short car journey. I parked on the road below the car park and with tips from David found the bridge that crosses the stream. ‘Head for the top’ is sensible advice and actually it is possible to either follow the track as I did on the way up or just make your own way.

The moss in place on walls and trees was spectacular with vivid greens. The final set of QSOs ended in my FT1XD battery packing up mid QSO with 2E0MRR.

Thanks to all the chasers for today’s Wainwrights - I think I made the best of some fairly typical Lake District weather, my legs are certainly telling me so! 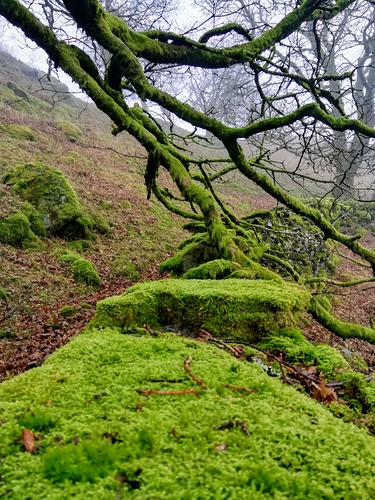 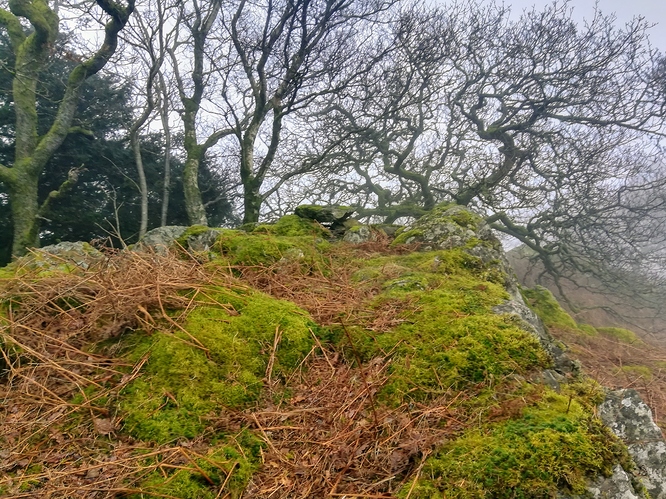