The forecast was for the best day of the week, and for the first time on the week we could see the summit of Mynydd Mawr from the cottage bedroom window. Our choice was between Trum y Ddysgl and trying to complete the unfinished business of Moel Ddu. The weather was glorious as we followed the same but no longer flooded route as Tuesday to the parking by the dam at Llyn Cwmystradllyn. The view of Moel Hebog was superb and tempting, but our target was its lower neighbour. After taking photos we headed across the dam and took the narrow path round the south side of the lake, which was slightly flooded in places following all the recent precipitation. 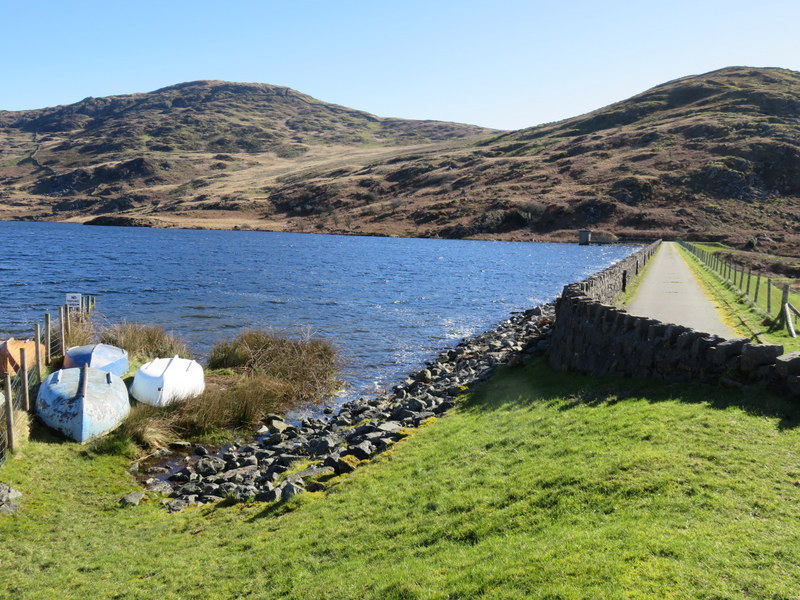 After passing the second wall we left the lakeside to head roughly east up over the rough ground, passing a ruined farmstead, crossing another wall where it was broken down before heading up to a gap in another wall at SH573440. There was an easily climbable fence in the gap, and we then headed along the wall to a gate which we crossed heading towards the col between the eastern and western sub summits and towards the higher eastern one, but as we climbed it we realised that the eastern summit was itself a double summit, and we were ascending the southern summit, when the north was higher (though both had cairns and both would have been in activation area). We descended to the col between crossed the stile and up the other side. The views all round from the top were superb – Moel-y-gest, the Lleyn Peninsula, Moel Hebog, Moel Eilio, Snowdon, Yr Aran, Y Lliwedd, Moel Siabod, Moelwyn Mawr and round to the Rhinogs.

Caroline set up the VHF station just below the cairn, while Martyn found room for the HF antenna to the NE of the summit. The weather was perfect – a gentle breeze and sunshine, which allowed us to play with more bands, though we were getting cold towards the end. We started off with 3 2m FM S2S contacts: GW4ASZ on Plynlimon, GW1FOA on Foel Fenlli and GW4VPX on Pegwn Mawr. Martyn got 9 contacts on 5Mz while Caroline while Caroline got another 8 on 2m FM. An antenna swap got Martyn 2 2m SSB contacts while Caroline got 17 on 7MHz. Martyn had time to try 14MHz getting 30 contacts. There sounded to be some life on 28MHz, so Caroline tried there, but failed to get any contacts. 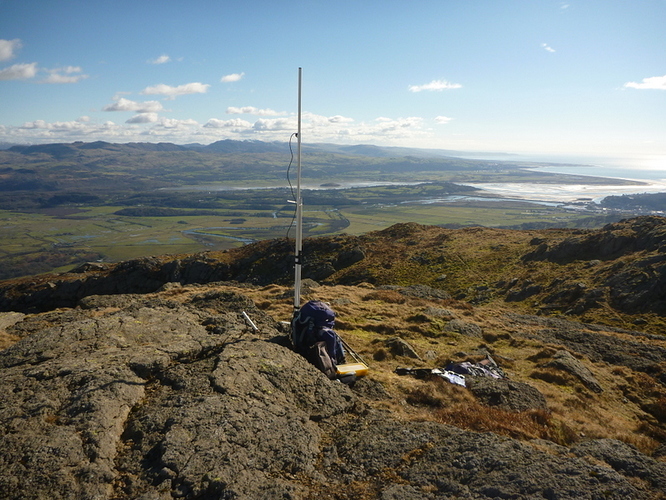 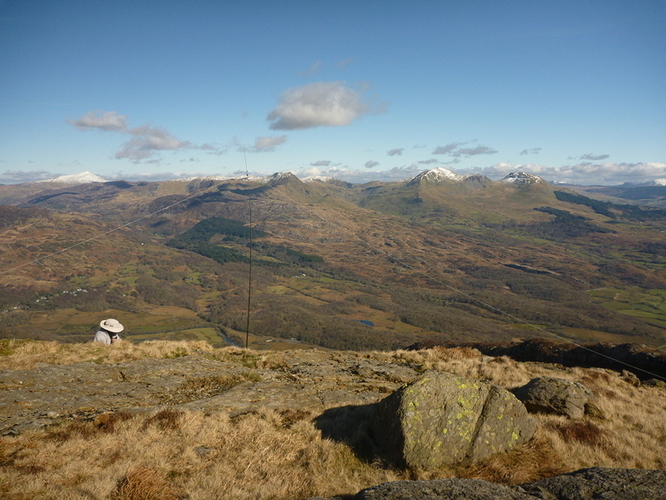 We made a circular walk by descending by the wall between the north and south sub summits to pick up the line of the public footpath following it down towards the quarry. We had thought about trying to find the footpath through the quarry but from a distance it looked impassable, so we instead took the path heading west from SH576449, initially good, but becoming rough and boggy on the lower sections. The footpath going anti-clockwise round the lake was boggy and intermittent, so we had to keep watching our feet, but stopped occasionally to take in the fine evening light on the hills the other side of the lake. A really good final full day of the holiday. 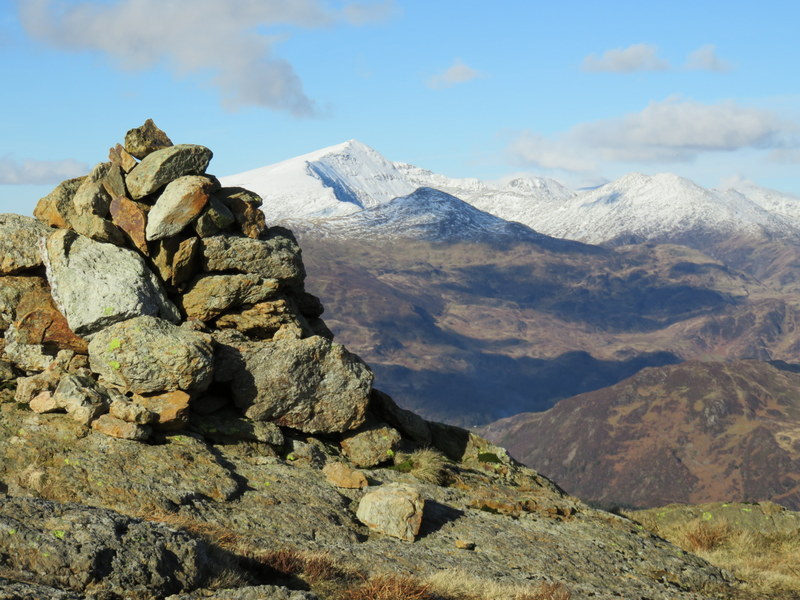 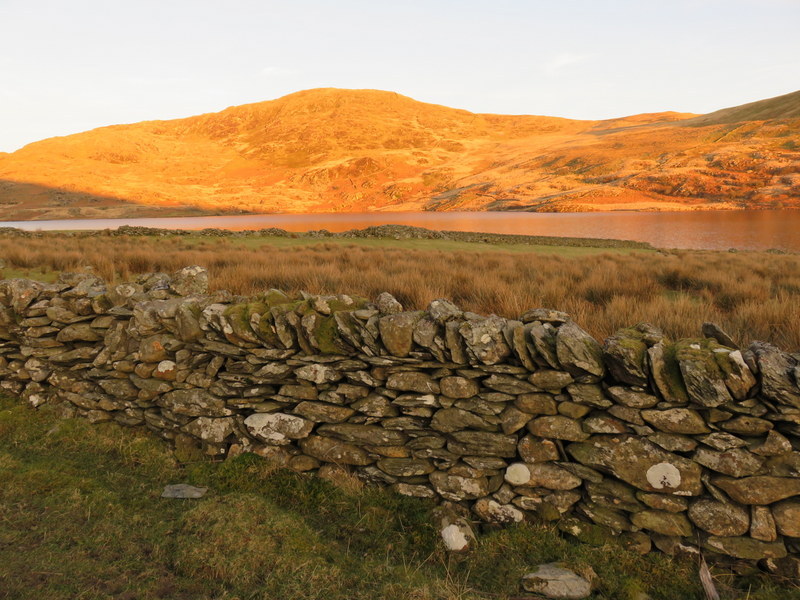 Thanks for the report and the pics especially the one of Snowdon from Moel Ddu (on the ‘to do list’). Thanks for the s2s and looking forward to your next report.