In today’s activation I tested a Rhombic loop made with 27 meter long light wire.
I had already used that as a Delta loop in a previous activation:

On Saturday 23rd January I activated mount Mortxe. Weather was really foggy when I woke up from bed at home, but I decided to ascend and see if weather was better up the summit, as there was no rain forecasted. The breathtaking views were absolutely fantastic, see enclosed pictures as they speak by themselves: [image] [image] [image] [image] [image] [image] Antenna testing of the day I don’t know why, but I find that part of the nature of a ham is the constant pursuit of the best anten…

Due to the fact it is a long loop, using it as a Delta is a bad idea as the wires bend towards ground too much. That’s why I decided to install it today as a Rhombic loop.

I installed it on a 7m long fishpole but seem it is not long enough to create a good rhombic profile. Next time I’ll try to use a longer pole… 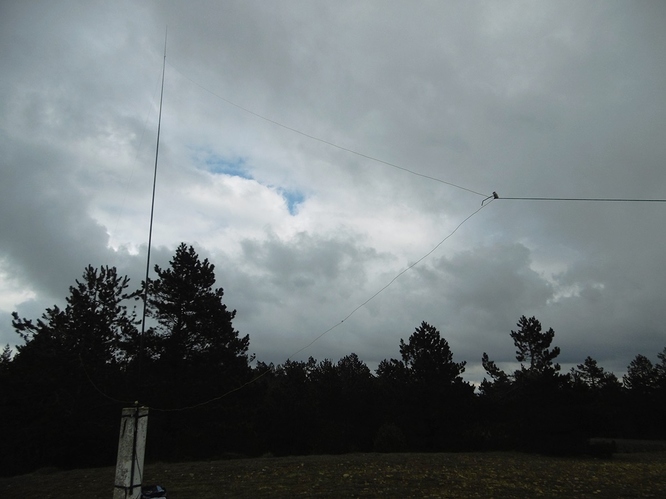 When I arrived in the summit weather was just fine. My plan was to start on 21 Mhz and then test it downwards: 21 - 18 - 14 - 10 - 7 MHz and check it both on SSB and CW.
The plan soon changed when after the first calls in 21 SSB a big storm arrived with hail. I had just time to cover the rig with a nylon shelter, put my hood on and, without being sure what to do, I decided to wait for it to stop, because so far I had just logged 2 qso so far.

I had to hold the shelter with my hands and I waved it every now and then to remove the increasing hail and water. Was that a clever idea? 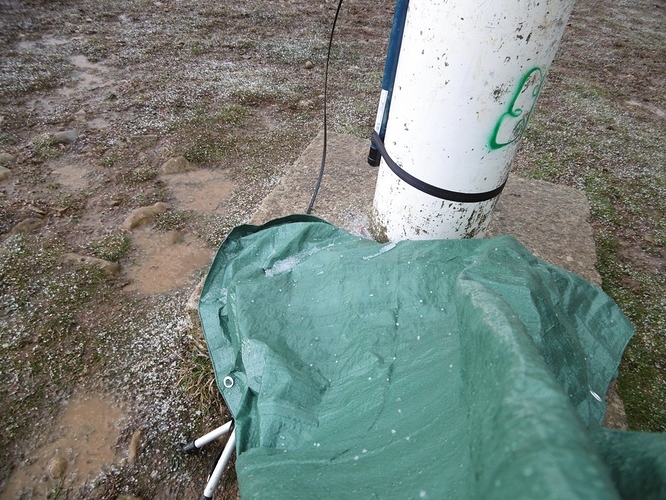 Well, 15 minutes later the storm passed and I could continue, looking for qualify although it all was wet and muddy. For that reason I decided to do a quick activation: only SSB and forget about CW.

Just before leaving the summit I had a look on Sotawatch and I tried to chase S2S to Manuel HB9DQM/P. I could log him on 7 CW, my only morse qso of the day. All in all, 22 qso in a hurry.

I will need to test the Rhombic again in the future. It’s not an all-summits antenna, but I love to test new antennas from time to time. I’ll try to catch some DX next time with it, weather permitting.

A view of Pamplona, my home city, as seen from the summit. Oh those rainy moving clouds… 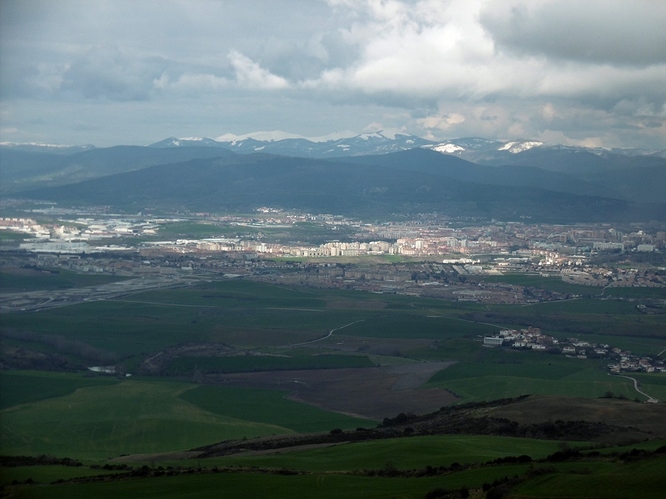 More info please, and thanks for posting…
Richard // N2GBR

I think I used a mix of both things; see the sketch of what I did: 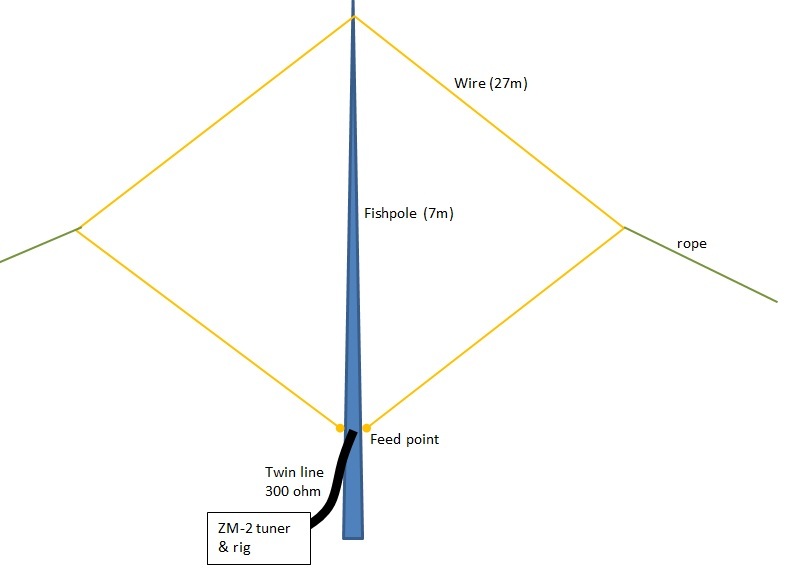 So what you see in the photo is one side of the rhomb pulled outwards by the rope.

Is it appropriate to call this a Rhombic loop then?
Thanks for your assesment.

Is it appropriate to call this a Rhombic loop then?

Conclusion: The name Loop for your antenna would probably be a bit less “misleading”, hi.

I think that orientation is normally called a diamond Quad if fed at one of the corners. I used one for 10m on several activations during the 6/10 challenge.

A rhombic is usually in the horizontal plane for horizontal polarisation. If terminated in a suitable resistance, it is unidirectional, if not it is bidirectional.

I think you’re done with it! My post should have been named:
“Testing a Diamond quad antenna at EA2/NV-092”.

Promise to perform more tests in the future and post results.
73 de Ignacio