Tomorrow morning from 0700z, at least two SOTA activations will be taking place using FT8 mode on 20m. Would anyone else like to have a go and attempt some FT8 S2S.

I will of course be putting out general calls for all chasers too, and using at least one other mode.

The local weather forecast says plenty of snow and no visibility.

I will be looking for FT8 activators from home.

Tom
Sorry ! tomorrow is a working day for me.
Have a good fun.
73 Roger

Yes Roby I will operate until at least 0900.

Anyone else going to try to join us on 20m FT8 tomorrow morning 0700-0900z? Could be an interesting SOTA experiment!

Too dark and windy for an activation in Iceland this early. I will check from home, the band may open before 9:00z.
I took a look at my logs, this year I have 44 qso from 9 activations on FT8. The known SOTA chasers were ON4VT, G3VXJ, SA4BLM, G0VWP, IK2LEY, SP9MOV and DL3JPN.
I usually mention FT8 in the alert but do not self spot.
-Einar

Not surprising, but the 20m band is not open to any where with FT8 activity. Did one qso to England on 40m.

Couldn’t decide whether to put this is this thread, or the SOTA on Tour thread. Anyway…

A repeat of one of the Lancashire summits might seem more sensible for this, but the drummer booked on the gig was also from Macclesfield and we’d arranged to travel together - making “SOTA En Route” not really appropriate. In any case, I was keen to get out early and try for a DX S2S on 20m FT8.

Alas, the hoped-for QSO with Willis BX2AFU never came off. We were QRV simultaneously on 14.092MHz FT8, but I don’t think either of us appeared in each others’ WSJT-X display.

The good thing about operating away from the hustle and bustle of 14.074MHz was the time and space to work four consecutive SOTA chasers. That I did enjoy. In total I made 12 QSOs on FT8, with ER1PB (Moldova) and EA9ACD (Ceuta & Melilla) being the highlights. Thank you to Heinz OE5EEP for emailing me these screenshots: 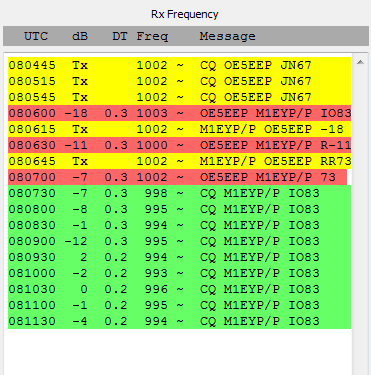 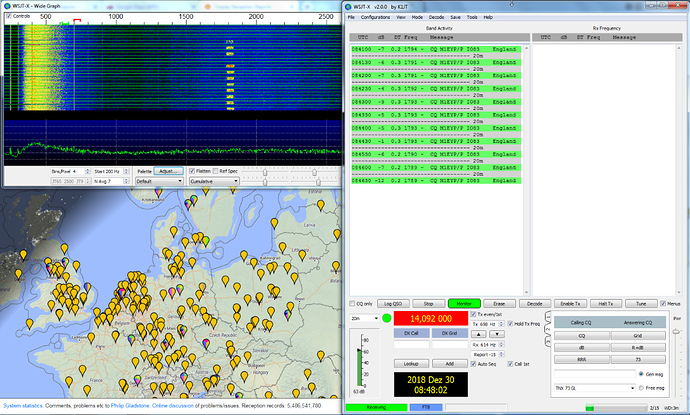 Despite the damp weather, there was no surface water anywhere on the path up to Gun G/SP-013. The summit was shrouded in mist though, which was a little cold and damp. Just two QSOs were made on the 2m FM handheld; I’d really just gone for the walk for this one.

Tomorrow’s SOTA will be a little bit more genuinely “on the way to a gig”, but again probably won’t appear in the Tour thread as it will bring up a different landmark for me! More on that tomorrow…

Hi,!
back home now,
It was a very windy day.
I activated i / lo-230 in 20m cw, before I tried in ft8 mode but it was a total failure, I had problem with modulation.
Speaker was able but when I plug in jack cable on kx3, ALC wasn’t working. 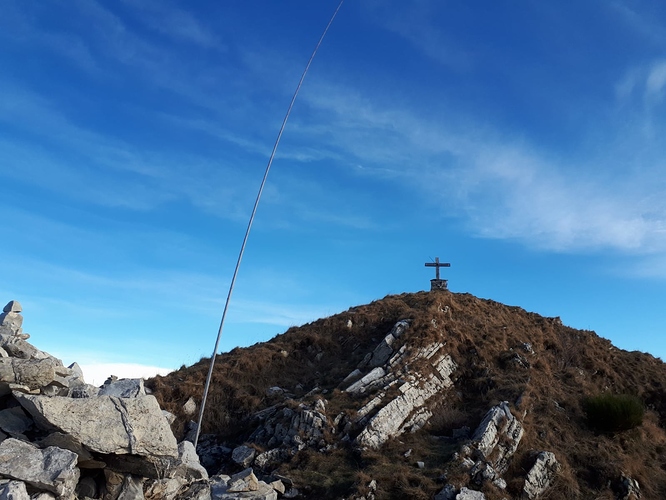 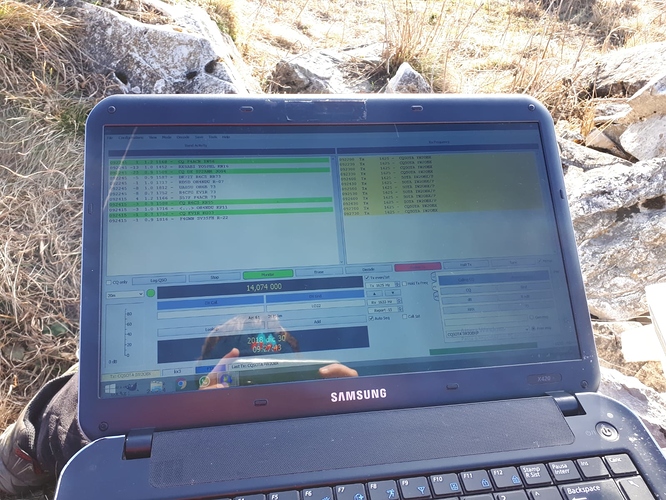 When I went back to the park. I carried on to Bisbino mountain i/lo241. Here the wind was even stronger and I could not mount the hf antenna. so I decided to activate the top in 2m fm.
Tom see you next year for qso in ft8.
73
HNY

I heard BX2AFU earlier. He was very weak (don’t remeber his dB) and I could not get through.

On 20m FT8 I run 8W from my KX3 into a 3-el tribander. Contrary to the common myth that FT8 is a weak signal mode I always get reports 10 - 15 db below what I give. The only explanation is that other stations run up to 100W or more. Therefore I usually call only stations whose signals are close or above 0dB to have a chance of a response. This calculation obviously does not apply to low power portable stations.

It was a good idea to operate at 14.092 far away from the pack. We might consider to adopt this for SOTA FT8! It was surprising to see how crowded the FT8 sub-band was and how empty it is a few kHz above.

From the screen shots you can see that your signal strength increased with passing of the grayline and plateaued at around -5dB.

If you plan further SOTA activations with FT8 I am ready from home. I have no mobile set-up and given my experience so far I will not delve into mobile FT8. Nothing tops the simplicity and efficacy of CW as a simple (read: no cabels, no computer, no additional weight) weak signal mode! This statement should not stop others to pursue what they like (and carry whatever they can carry onto a summit)!