In view of Joe’s recent post on straight keys I thought I’d share my experience converting the Type RM31 to a 3.5mm jack for the KX3 (not as easy as I’d hoped!).

It’s a 1950s key made for the Czech armed forces. It has a fabulous action (one of my favourites second only to my Freelance Marconi PS213). Notable features include a cam switch operated arm (allowing the key to be raised in an higher position to disconnect altogether - fun but little use for SOTA)

It comes supplied with a Banana type connector on the end 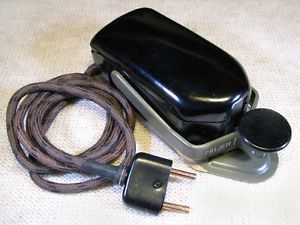 The plan was to simply cut this connector off and replace it with a 3.5mm mono jack. The first issue I encountered was the wires are held in a (presumably fire retardant) web of fibres and woven strands. This is easy enough to hack away at with a knife and reveals two inner strands of cable as one would expect. The biggest issues then was the inability to solder to the inner wire(s). I’ve no idea what it is made from but no amount of heat or solder (for me) would tin the wires. 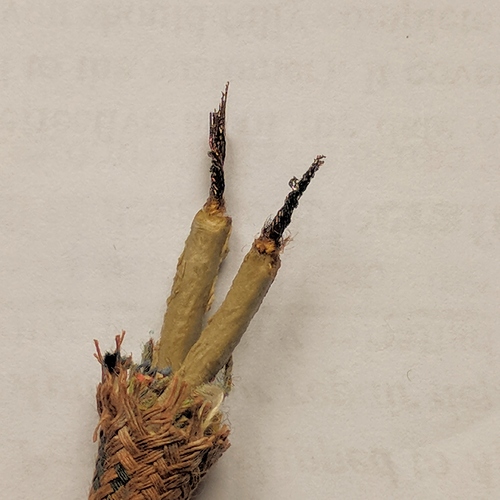 I resorted to plan B and removed the cable altogether from the base of the key. This was easily done by removing the bass plate and waterproof rubber plate from the bottom of the unit. The wire unscrewed easily leaving clear connections to replace with new wire. I used some two core speaker cable I had around the house and fed it through the rubber grommet and soldered a 3.5mm jack to the opposite end. I used some duct tape to fatten the wire slightly so it sits snugly through the grommet. 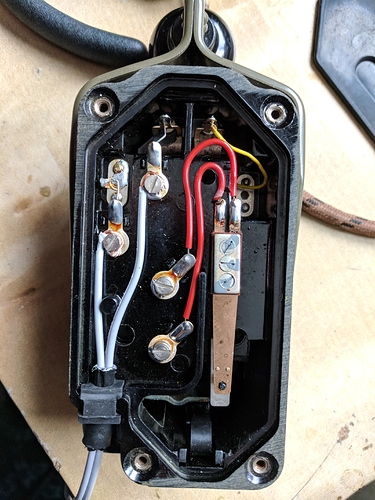 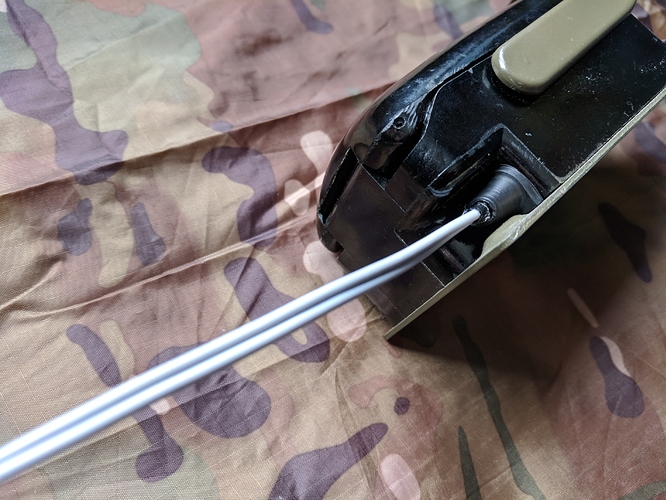 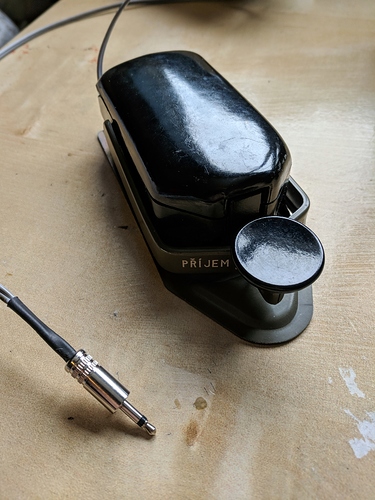 It was by no means a major project and no doubt others will find a better way of doing it but I thought it may save time for any others who are considering doing doing a similar modification to their Czech Morse keys.

Many folk online have chosen to build a connector for the banana type connectors that come with it, but I felt this would shave a little bit of extra weight of the key overall.

Hope this is useful to someone! 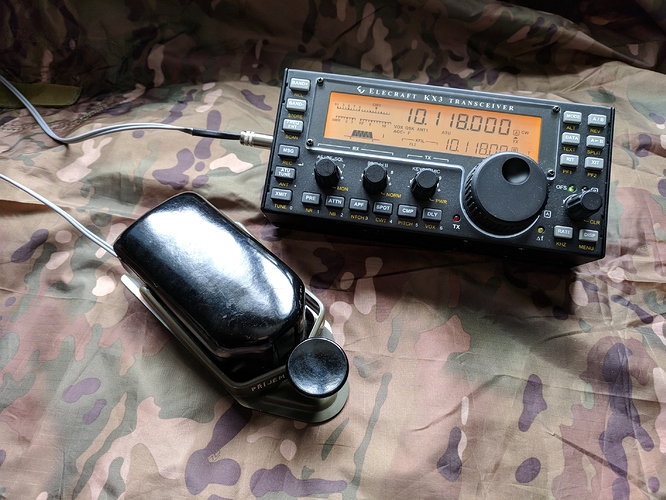 Just for interest this is the inside of of the key (looking from above with the lid open: 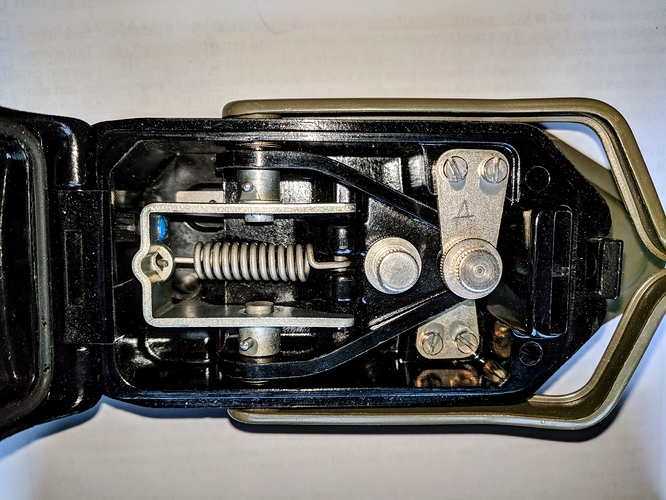 Thanks Carl - I have heard that these keys are good to use, but I’ve never seen inside one before!

I bought a near mint Czech key, I liked it so much that I decided to buy another for ordinary use. I opted to buy a ‘second rate’ key for £little, it was still in the waxed paper, when I unwrapped the second key, it too was pretty much perfect! 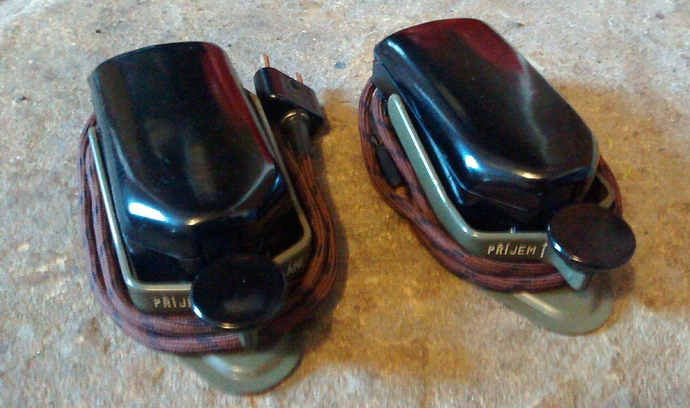 I removed the banana plug from the second key, replacing it with a 3.5mm plug. I have kept the original banana plug just in case I ever want to put it back. I agree that the cable is quite odd and difficult to solder, I assume the cable is designed to be both strong and flexible. I did manage to solder to the original cable though. 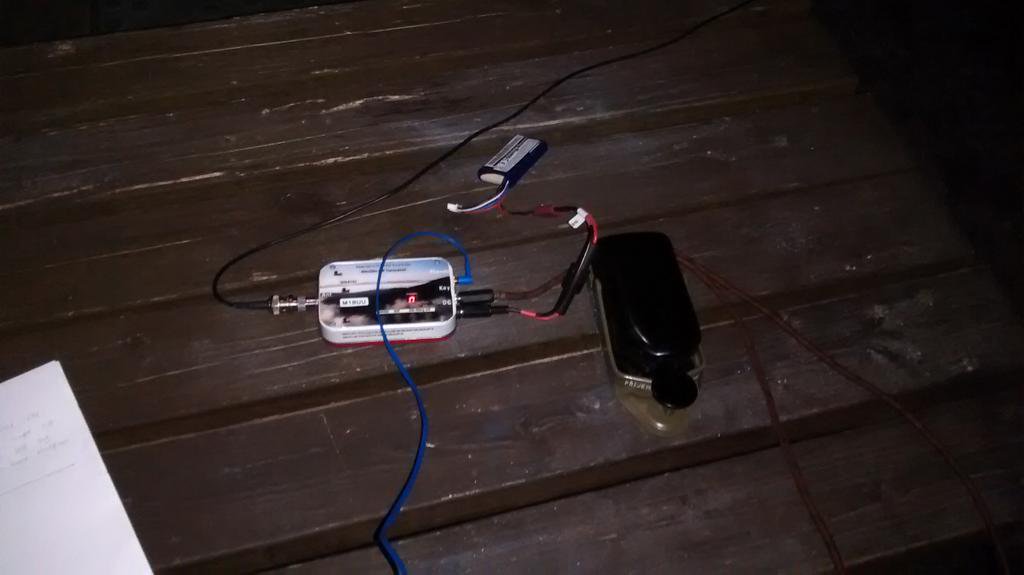 I went for an external adaptor box with mine. It’s plastic and weighs not a lot. I have two 3.5-mm sockets, which are in parallel but with crossed over tip and sleeve connections. This is so that I can use the same adaptor for FT817 and MTR, serving also for swapping the dash/dot with a paddle (not that I’ve ever taken one on an activation). 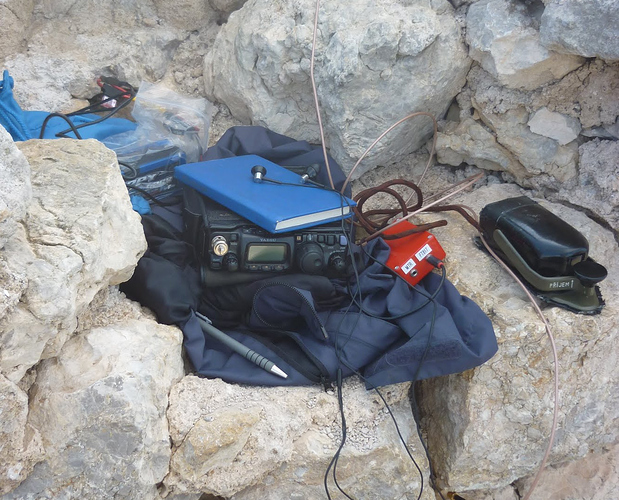 My key is held together with gaffer tape! But I have a smart one on stand-by. (Not so smart as Colin’s though!)

A very valid approach Simon. The Palm Pico paddle standard wire is wired opposite to the MTR, I made a custom cable for mine, but your box would work great!

Not sure if I’ve activated with my Czech key, I suppose that I must have done. Anyone fancy a SOTA straight key day?

Pleased you both managed to solder the wire OK - I wonder if my iron isn’t powerful enough?

Smashing idea with the adaptor box keeps the keys intact as well which is nice. Particularly like your original MTR, Colin

They’re great keys with a very usable action and with the new/old stock depleted I think they are only likely to go up a bit in value (Think mine cost around £20 each at the time).

Just ordered a Czech key; does anyone know where I could buy an adaptor for the key, so it can be used in a ‘standard’ socket?

I have had one of these for years, they told me it was one of a few left, it is a joy to use, with a lovely soft action, I use it daily on my FT950, I just conected it with two wires to a normal standard plug. If I new how to get a photo on here, I could show you ?

David (assuming you have Windows)

There is a file size and image size limit so if the picture is too big you get told this and you will have to reduce the size. But in general it’s easy… drag and drop.

The plugs are very similar to standard bananas - just get some banana sockets and mount them on a plate or box at the appropriate spacing.

The wire will solder but it’s not easy, I assume that the cable is intended to be flexible, so is made up from tiny strands of wire reinforced with fibre, a bit like headphone cable. The difficulty in soldering is due to the fact that the fibre gets in the way!

The guy who sold the Czech keys, Mike, G0CVZ, sold some in line banana sockets in addition to his keys so that an easy adapter could be made.

The choice is yours!

I’m sure I saw an advert somewhere, for a converter box. If needed, I’ll do what you suggest. 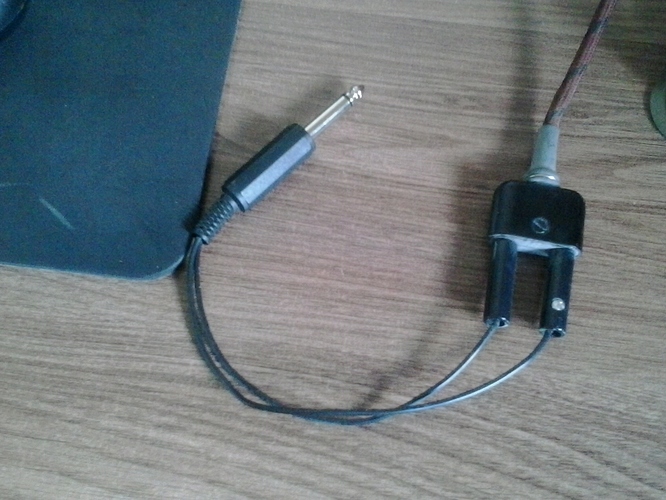 Looks like mine came with an extra bit on the adaptor ?

It’s probably a form of Litz wire. Google is your friend. (Sometimes!)

That looks straight forward, I’ll have a look online for the plug/ jack and connectors.

As I have an Amazon account, already, would this be suitable for the other end? 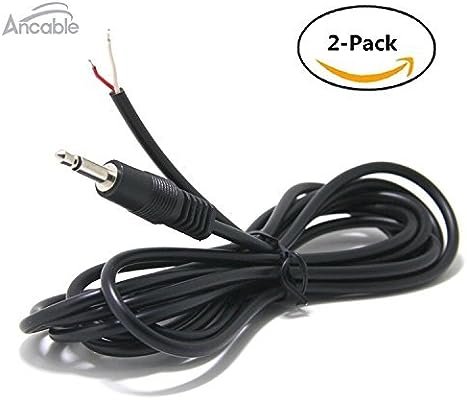