The Weather Report
HOW WINDY? (ON THE SUMMITS): North Westerly: 20-30mph decreasing to 10mph around dusk.
EFFECT OF WIND ON YOU?: Some windchill.
HOW WET?: Isolated showers falling as snow on higher ground.
CLOUD ON THE HILLS?: Breaking above tops. Many western fells shrouded in cloud at first, but tending to lift and break by afternoon. Further east any early cloud dispersing quickly to become mainly cloud free.
CHANCE OF CLOUD FREE SUMMITS?: 70%
SUNSHINE AND AIR CLARITY? Sunny periods developing on most if not all hills, with good visibility.
HOW COLD? (AT 750M): -1C
FREEZING LEVEL: 500M 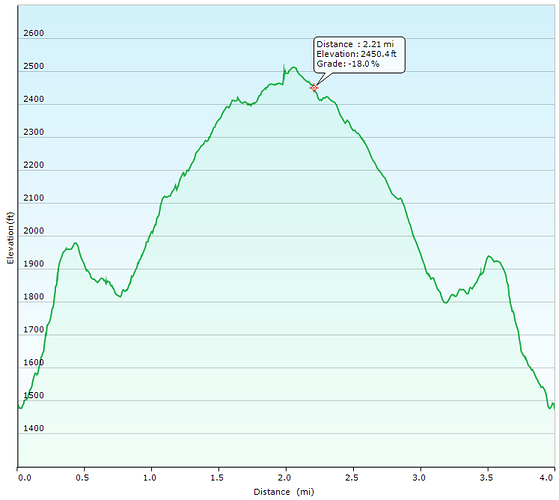 Ascent and Descent
Well, the first challenge was to get to the top of Kirkstone Pass. Gritters were out, working the summit for the most part, hard-packed snow on the road up made going slow but with reasonable grip - we use mud & snow tyres all year round! 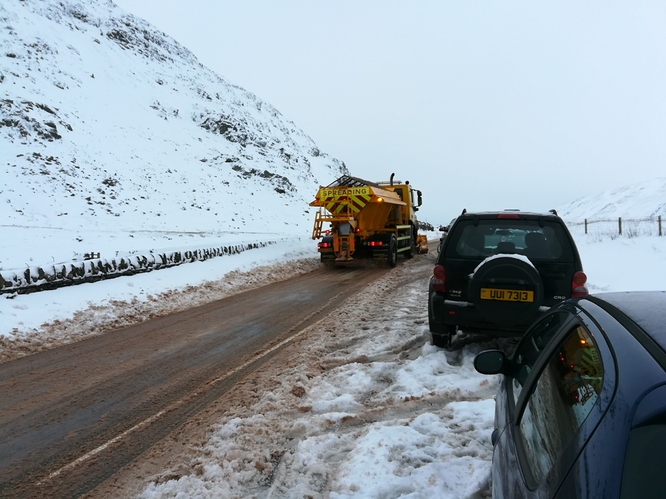 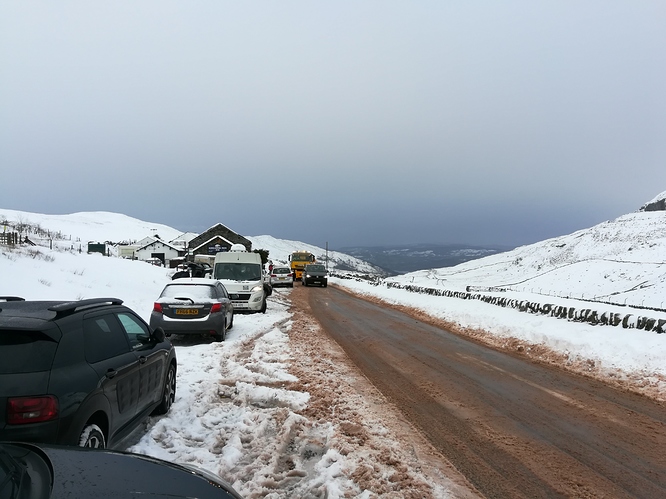 Part of the reason for picking this summit today, given the forecast of snow, was to make navigation easy - without the need to rely on the GPS. The route ascends Raven Crag from the back of the Kirkstone Inn and then follows a dry stone wall all the way to the summit. 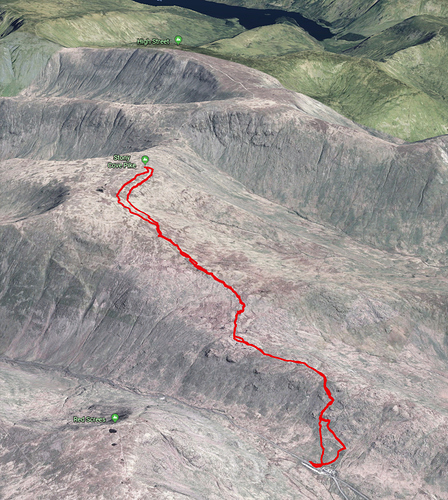 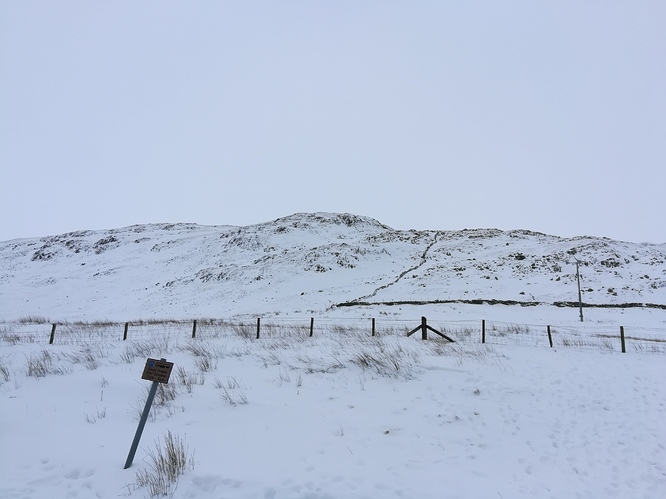 What was clear early on was how deep the snow was in places - certainly up to the knees and sometimes deeper! 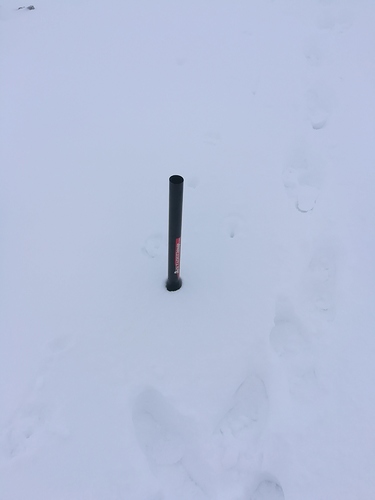 As a result going was tough in places and I learned very quickly to follow the tufts of grass even though a lot of zig-zagging was required. Visibility gradually reduced so the satnav was consulted although generally the wall was within sight all the way. I did put my foot though the snow into a bog at one point requiring me to dig out my own foot captured by suction. 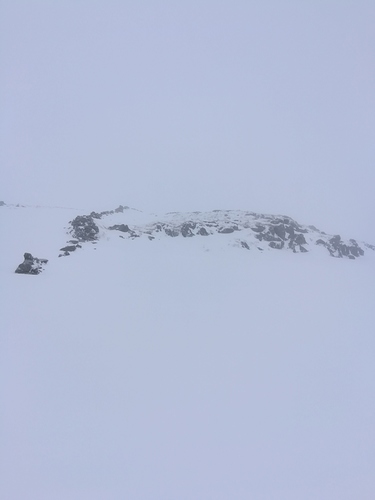 My friend Nigel 2E0TUE was tracking me on APRS on the way up and called me on 145.500 a couple of minutes after reaching the cairn stones, so we had a brief chat. 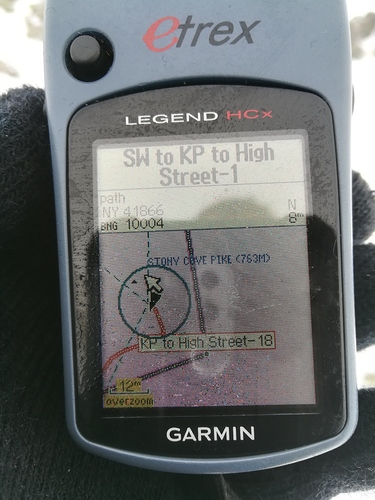 Next was jetboil and a coffee! 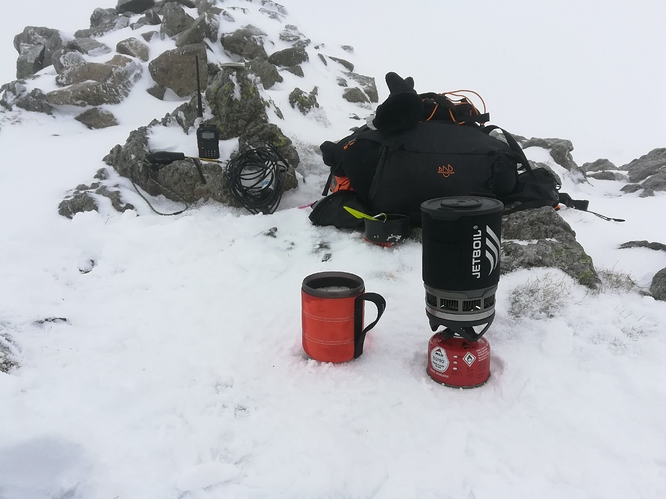 The the first of two 2m FM activations, initially using the handheld whip. 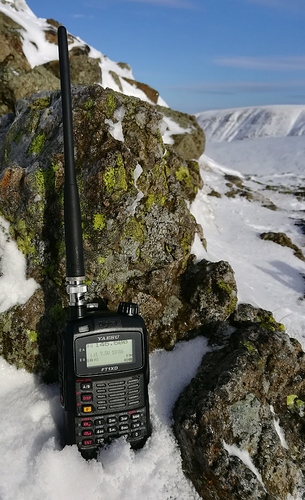 I then moved to C4FM and got four contacts which technically means I activated the summit using Digital and I’d be interested whether this is a first?

A second 2M FM activation using the Slim G drew in stations further afield into Scotland and Wales. The visibility improved during this activation to the point where I had 360 degree views, the sun even started making an appearance, turning this into a beautiful winter landscape in minutes!

Onto HF - starting with 20m a good set of contacts, then 80m followed by 40m. Longest contact probably R2DX/3 at around 1,600 miles. 80m activations seem to be appreciated so I’ve added 80m to my standard frequency list. 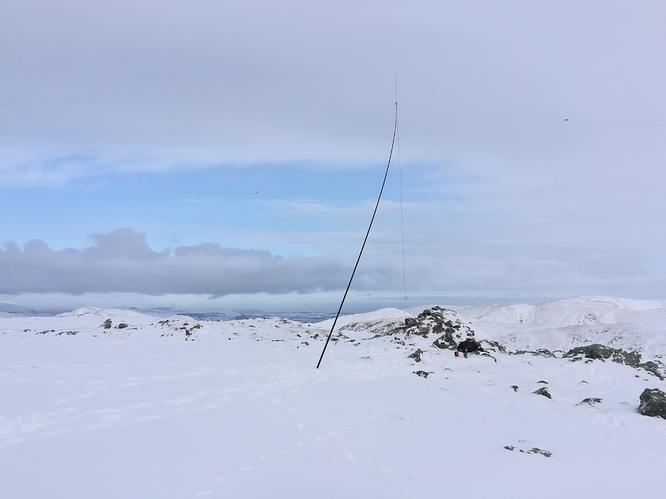 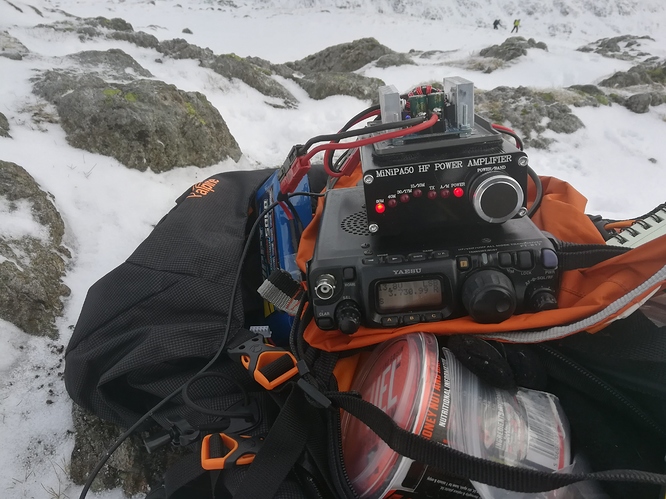 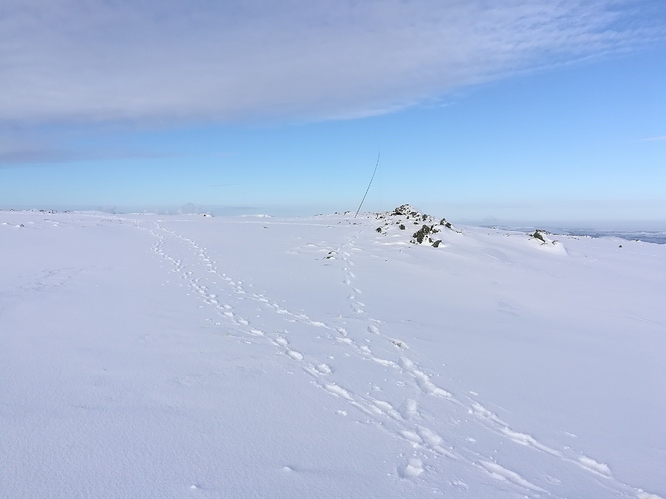 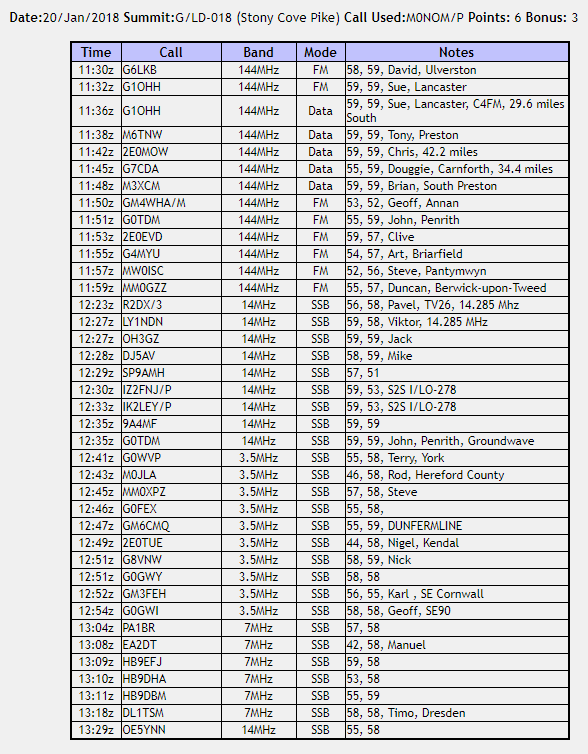 Highlight of the activation (apart from the stunning weather) would always be summit to summit - and today I was fortunate to work Pierpaolo IZ2FNJ/P & Fabio IK2LEY/P on I/LO-278 Monte Megna @ 1069 metres.

I’ll leave you with some more photos. Definitely very rare weather for the Lakes and I felt very lucky to have the time to get out today.

Many, many thanks to all the chasers. 73. M0NOM 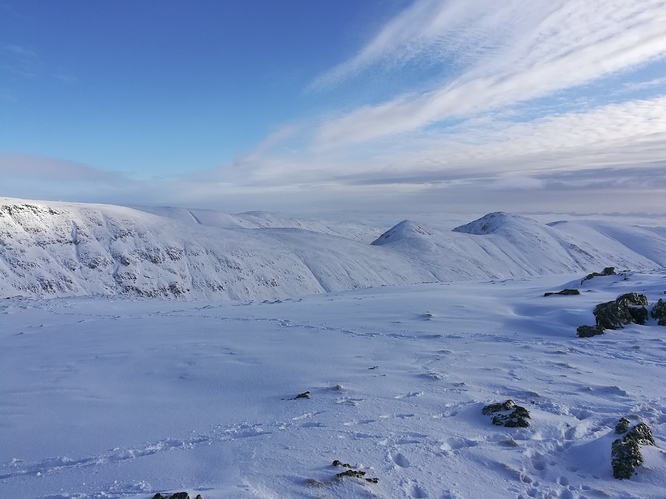 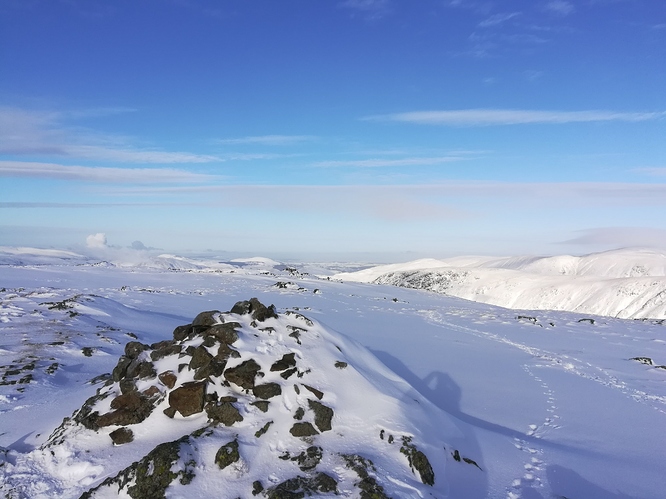 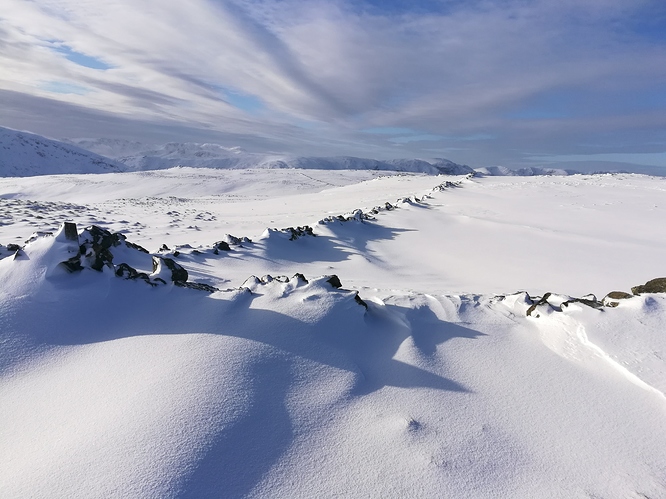 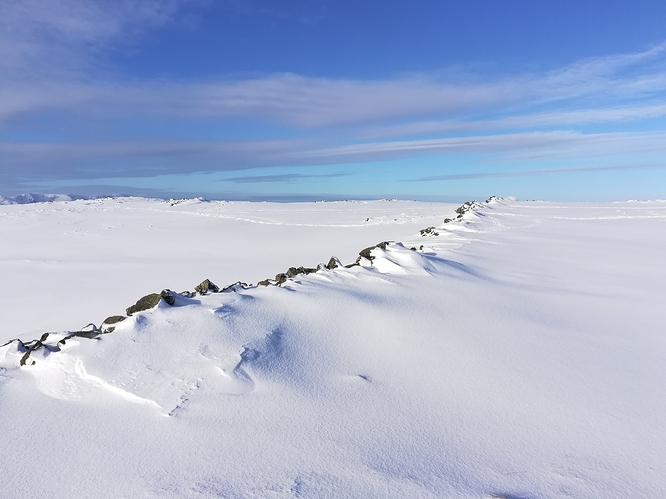 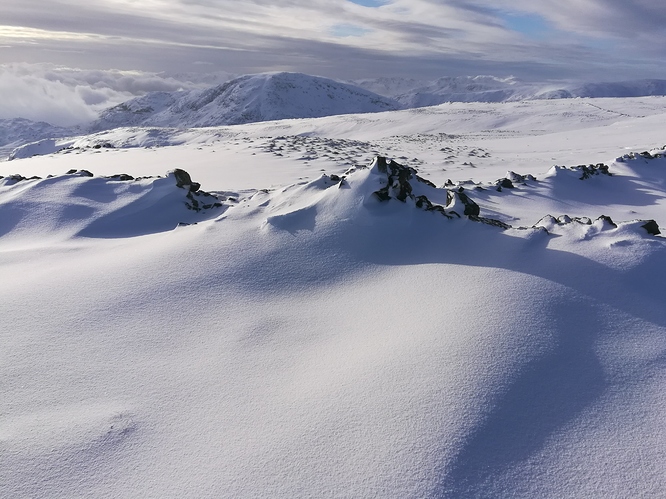 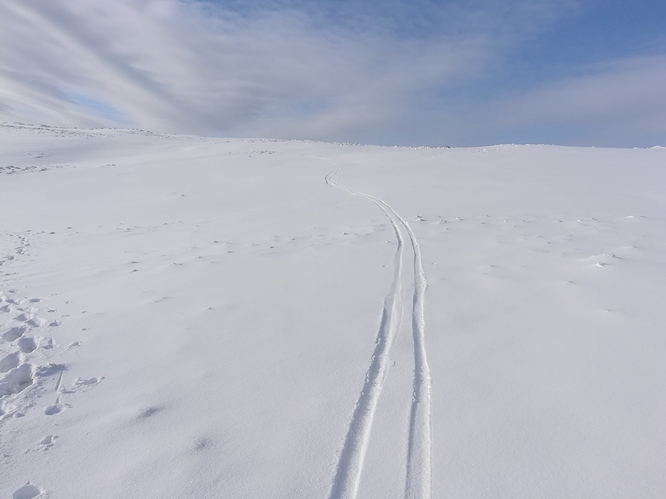 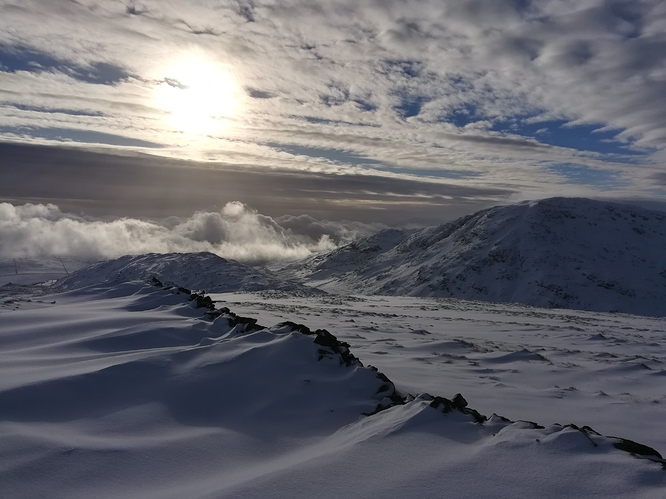 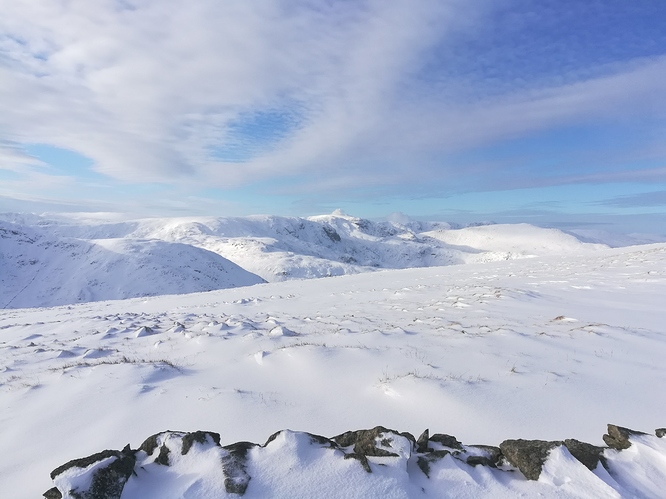 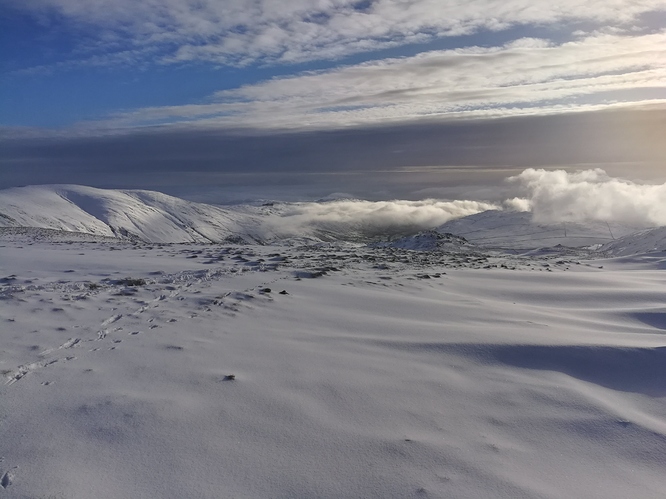 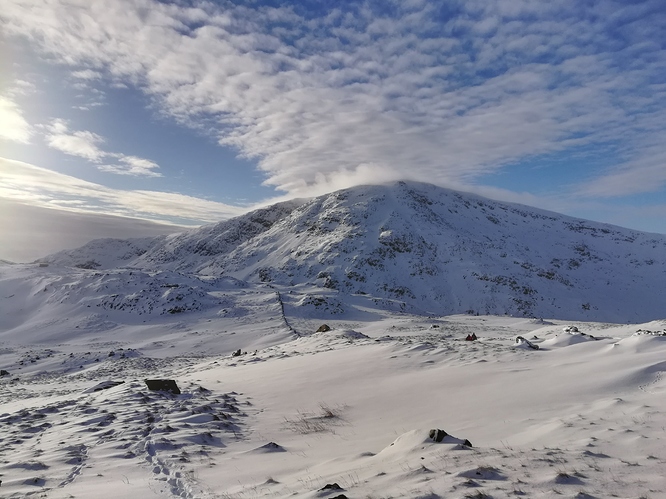 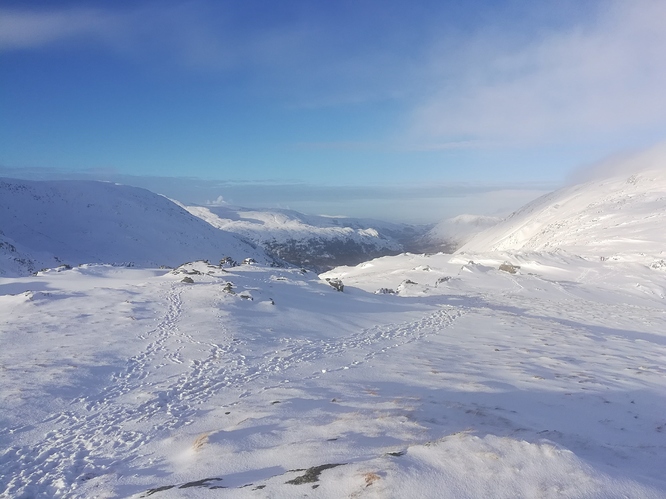 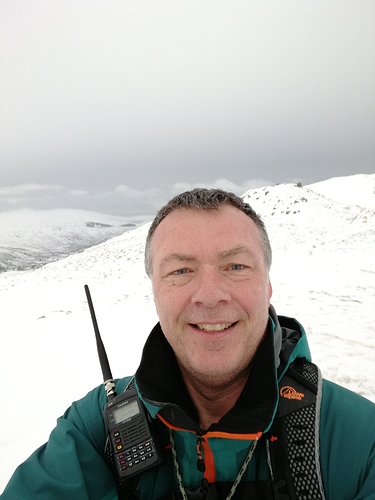 I then moved to C4FM and got four contacts which technically means I activated the summit using Digital and I’d be interested whether this is a first?

Well there in lies a story…

Right at the end of last year, the DB was updated to support digital voice modes. Before then you had to log them as Data but now you can use DV. This encompasses the growing “Tower of Babel” of digital voice modes, D-Star, Fusion, P25, DMR etc. etc.

So far only 6 people have logged any QSOs using DV. It probably needs more publicity so people know they can use it. A quick look at the data suggests you may be the first person to have qualified using a DV mode.

My own D-Star QSOs will be logged as data and could do with being tweaked to say DV. Much like your log for this summit where they’re down as data too.

Thanks for the info - IIRC when I searched for ‘logging C4FM contacts’ recently I came across a post which must have been before DV was added as a mode stating to log them as data.

I have had contacts from Wainwrights with members of the North West Fusion Group but this was the first where I had four contact technically activating a SOTA on Digital Mode too.

TBH I could quite happily have stayed there for longer - but wouldn’t have fancied descending the dark - I’ve done that from Stony Cove Pike on a previous activation and it was tricky enough knowing where your feet would fall!

will that get me bonus points

No but it will probably get me out doing a joint activation with you!

Frying food on a summit is the most distracting thing that can happen. I had some neighbours on Glas Maol GM/ES-012 a few years back who fried up sausages. Wow, what an aroma when I was trying to work a pileup. The ladies were in the bothy bag drinking tea, the guys fried the sausgaes. With the houlie blowing it was probably approaching -15C or worse with the windchill, it was -7C at the car park 450m lower down. 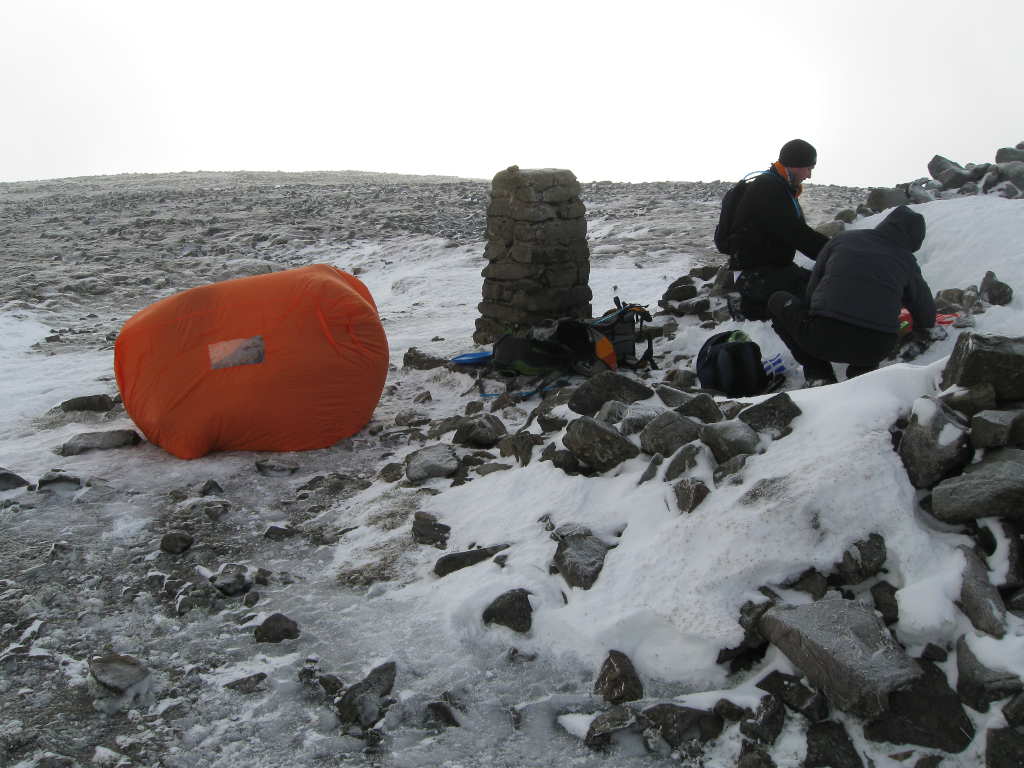 I’ll maybe add a bit of bacon to the pan then!

What a superb day. Rain on a thin layer of lying snow here.

Many thanks for the 80m contact, Mark; it seems to be very much better here than 40m at present.

What superb Photos, you have to put in your mountain days to got those. Thanks for the photos of Kirkstone, was planning to go that way on Tuesday, I may use a lower route now, my Passat (with slicks for tyres) does not like the snow.

I used D Star DV with my IC 92D a couple of times when I was doing the Wainwrights 5 years ago. My impression was that perhaps it did out perform FM, but it “fell off a cliff” with weak signal/qsb.

Kirkstone has been closed at times this weekend on the Ulswater side. We went sledging today and only made it as far as Troutbeck. The camera on the top gives a good indication of whether you can get there, no guarantee of a return journey however! Kirkstone Camera

The first time I activated with my son in tow I had the very pleasant surprise of a bacon roll and cup of tea being thrust into my hands (he must have set-up downwind as I had no prior warning). He has made that a ritual ever since - but failed on Tinto when Andy, Jack and Anne were also on the summit

The climbing club that I have been with for (golly:astonished:) approaching 50 years likes to have a meet where the midsummers day sunrise can be watched from a summit, accompanied by a mass fry-up of bacon, eggs and sausage and a gallon of tea, it seems to have magnetic properties as it draws in other walkers - and often hungry crows!

Of course real climbers start the day with a handful of water out of the rain barrel, and half a digestive biscuit.

Yes, you can’t beat a dash of pure rain water in your single malt…

Thanks for the report and pictures Mark. You seemed to have a great day!

I’m really missing my Lake District walks. At the end of 2017 I think I was the heaviest I’ve ever been. Last winter bonus time I noticed that I was starting to find it hard to get up the hills. This year, I decided that I needed to do something about my weight. On January 1st I started cutting back on the calories and trying to get a couple of miles walking in every day. So far I’ve lost half a stone. I definitely found it much easier yesterday on Birks Fell. I’ve been building up my walks gradually, I’m hoping to do some Lake District summits in February and March. I have the 3rd of February earmarked as a SOTA day, so hopefully I’ll get up a decent hill.

I’ve done Stony Cove Pike a couple of times in the snow, but not in as deep snow as you. I remember it was tough going as I continued on to High Street. I just love the cold and clear days, one of the reasons that I like activating in the winter.

This was the view to High Street from Stony Cove Pike 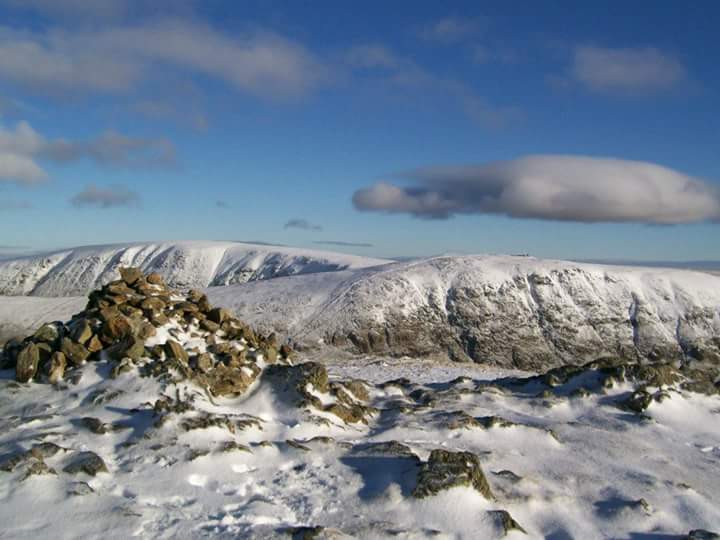 Red Screes is a favourite of mine, here was the view towards Stony Cove Pike and High Street. 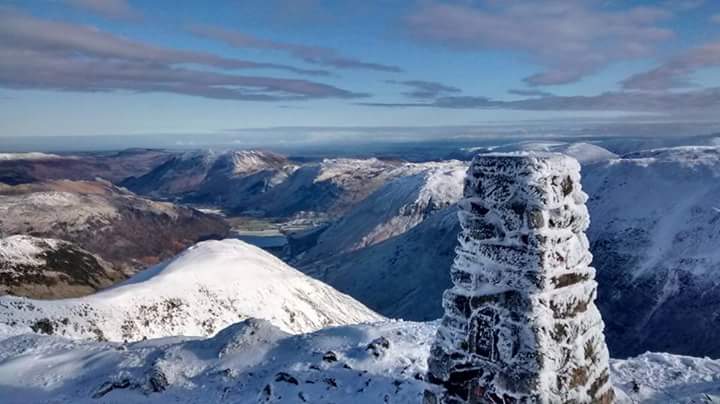 I was on Birks Fell yesterday morning and it seems as the conditions were fairly similar to those you experienced. It was definitely an advantage to be familiar with the hill and the ‘handrail’ features!

Were you born in a leap year?

Plasure for me to make a qso with you!
You’ve been more lucky than us with the panorama!
Fantastic photos!
'73 Pier

Super outing Mark, we are really jealous, Audrey’s favourite summit. We are not dead just sleeping

Hope to
get out on the hills again soon.
73
Rob and Audrey
G4RQJ

Thanks for your report, and I’ve enjoyed your photos with this impressive scenery - great! Wouldn’t derive this to be in England but from another world.