I write this short post with my smartphone just to say that SOTA long DX QSOs are still possible on 20m.
I was chased by several NA stations, including W0 and W6 during my activation of Mt. Erreniega one week ago and I chased yesterday from my QTH in the village the following activators:
UTC CALLSIGN SUMMIT BAND-MODE
1745 KH7AL W0C/FR-034 20m-CW
1811 WB0USI W6/NS-189 20m-CW
1916 KX0R W0C/FR-174 20m-CW

Yep. On Saturday John ZL1BYZ reached me in Oregon from the northern part of New Zealand - a distance of roughly 7000 miles or 11000 km. Although I have this feeling he’s got some kind of super station down there.

Same experience with 20m here. George/N1GB gave me a 579 when I was activating DL/MF-056 Auerspitz last Thursday. I was running ca. 4 W into an EFHW with traps attached to a 6m carbon-fibre pole in an inverted-vee configuration. It was my first DX on a SOTA summit, so I was pretty surprised.

Indeed, Guru,
Sometimes, when things are working well, it’s like magic. The log below is from an antenna test at local midnight in Arizona. Note that (because of the time of day) No one from North America was worked. G stations reported hearing both short and long path signals. Running 100W to an elevated feed vertical with 6 radials.

Hi Ken,
That info shows how easier was life back in 2014…
It’s harder in these days but there’s still chances for great DX contacts.
All we need to do is trying, as we did las monday

Many thanks for the update Guru. I am aiming to be out again in a few weeks time, so hopefully conditions will still be okay. Unfortunately last month weather conditions were not conducive to rigging the vertical antenna with its 4 radials.

Well done working the US summits from home. That is not possible at my QTH as it is far too noisy here. S2S is the only way I can work the guys activating over there.

Operating as an activator from E7 and 9A/DH, over the last year I had a few DX QSO’s on the 20m band:

This is a too small sample for any serious conclusions, but it looks like the distance limit for my 5W transmitter and (not always well-matched) vertical antenna is the US/VE East Coast and the time of contacts corresponds to the morning time over there.

The reports I’ve got varied significantly in both R and S figures. Still, some were quite good. My regular 599 is probably a bit of exaggeration in terms of the S units, but the fact is that all the DX signals have been clear and legible.

You are right! Long DX SOTA QSO are still possible.

Always less than 5W and EFLW or dipole antenna at 5m above ground.

We should keep trying!

I’m finding my biggest difficulty in working European ops is they frequently need to be off their mountain due to daylight and wx constraints before 20m breaks open here in Colorado. I expect this situation will improve with longer days, but it’s difficult near the winter solstice. It’s easier with southern and eastern EU and I was happy to catch Pedro, CT1DBS from CT/BB-013 this morning @1538z. ¡ Obrigado !

So, never give up and keep trying. The SOTA activator has a DX waiting for him in any summit…

This certainly is an interesting set of posts. DX from SOTA peaks is one of the great thrills we share!

While it’s true that DX was more common a few years ago, even with the solar flux near quiet-sun levels, we have some top-notch chasers who can hear many activators and then make contact with us.

I was truly amazed when it happened, and I’ll never forget the feeling of amazement that this can occur with an almost quiet sun. The solar flux was 74 that day.

While I often hear Guru EA2IF and Jorge EA2LU chasing other activators from my home station, and I have logged them both many times when I was on peaks, it’s very rare to hear an EU activator above the noise here at home. So far, I’ve never made an S2S contact with any EU station…but I’m listening. Part of the problem is just the time difference - they like to finish up and go home long before I’m hiking up the mountain.

Lately I’ve had several easy contacts from JH1MXV. Activators, take note - he’s looking for you - and he can hear you. The secret is to be on the mountain after 2200Z. This is late in the afternoon for a winter day. Those of you on our West Coast definitely have the advantage for activators in Asia and the Pacific.

There aren’t many secrets to working DX from a SOTA peak. Here are a few basic principles:

Thanks you for the QSO across the pond. HPE CU AGN.

Speaking soley as a chaser, putting out a call for DX might be a way to go too. I’ve heard DX calling an activator but be unable to bust the pileup of domestic chasers and then give up and quit trying.

Speaking soley as a chaser, putting out a call for DX might be a way to go too. I’ve heard DX calling adue to QSB or has given up.n activator but be unable to bust the pileup of domestic chasers and then give up and quit trying.

Yes, I’ve heard that, too. As a chaser I make a point of telling the activator that there is a USA station calling him if I hear one, this results in the activator calling in the DX and usually a contact, but sometimes the DX station either doesn’t hear the call due to QSB or has given up. Many chasers help like this, alerting activators to DX or S2S calls, it is part of the fellowship of SOTA!

we have some top-notch chasers who can hear many activators and then make contact with us.

Was chuffed to work K4MF from Sharp Haw, G/NP-029, this afternoon. I was running my first release Mountain Topper into a home brew lightweight dipole on a 4m /12ft pole. The power output from my MTR is in the region of 4 watts. 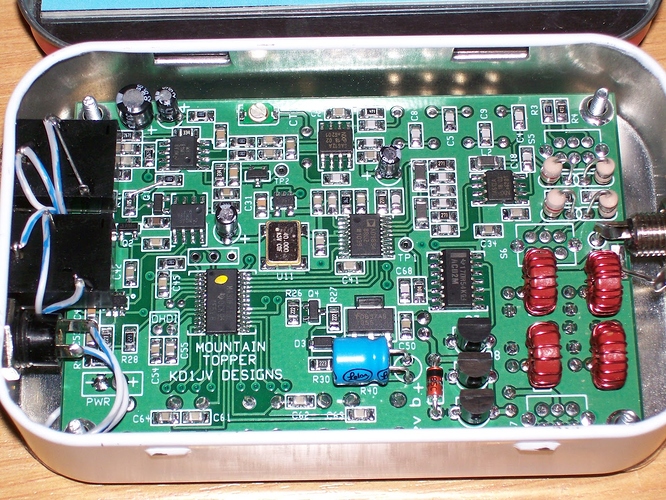 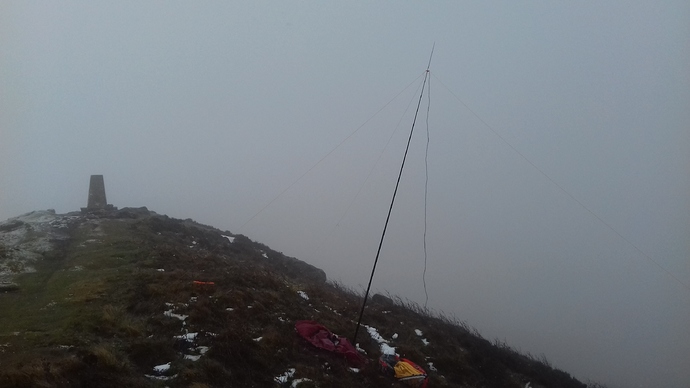 It still amazes me that it’s possible to detect such a small signal, launched from a poor antenna, at over 4000 miles.

I can’t wait for the conditions to start improving again, it’s gonna be mega!

I agree! It is the most important reason I love it HF/CW qrp QSO! before leaving summit I call CQ even a few times on 20m and… here it is…dx