On Saturday I decided to activate Pike O’Blisco which is fairly central to the Lake District and provided chasers with the ability to obtain 6 points. It is a 45 minute hike from my parking spot at the top of Wrynose Pass, which greeted me with horizontal rain. 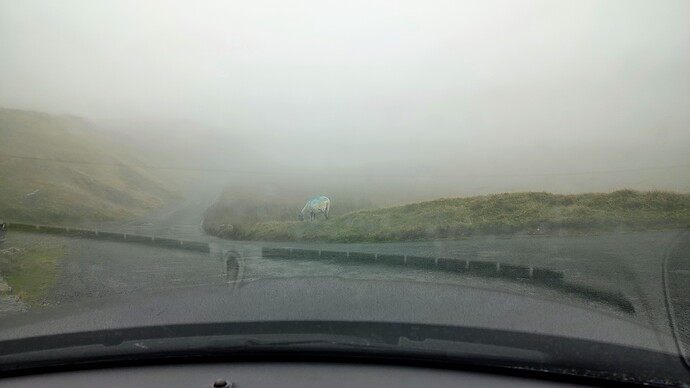 I tried to pick a lull in the weather, but there was no getting away from it. By the time I reached the summit I was ‘pants wet’, in spite of the ‘waterproof’ clothing. 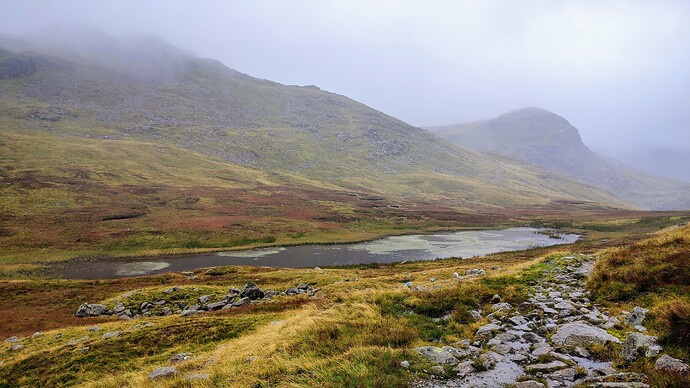 I had brought a tarp which I deployed on the Easterly side of the Southerly summit. I tried to use the rock to my advantage to keep out of the weather but to be honest I then spent most of the time slipping and sliding across the rock between my precarious position and the antenna setup next to the trig point. At least I had lots of rocks to weigh down the tarp. Somehow despite the increasing winds best efforts the ramshackle setup held. 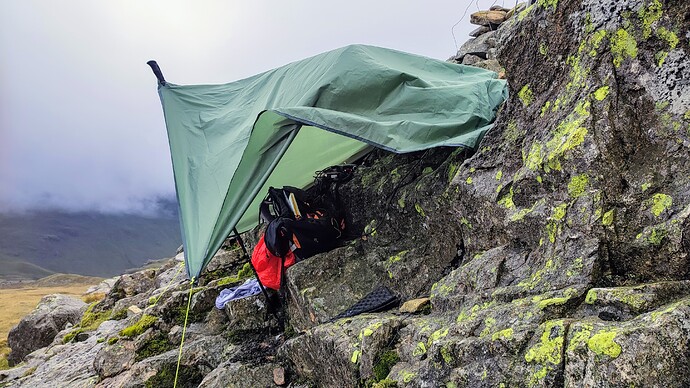 The guying kit for the tripod on which the Super Antenna MP1 was mounted was an absolute necessity, wedged in various points of the cairn stone pile.

All my VHF contacts were using the FT1XD with stock whip. I never did get the SlimJ up. The plan was to do VHF again at the end once everything else was packed up, but I was just too cold to manage it.

Great to get Esther @GI0AZA and Ian @GI0AZB on G/LD-041 who were over from Northern Ireland, first time using VHF between us. Phil @G4OBK was doing a fine job chasing from his car. 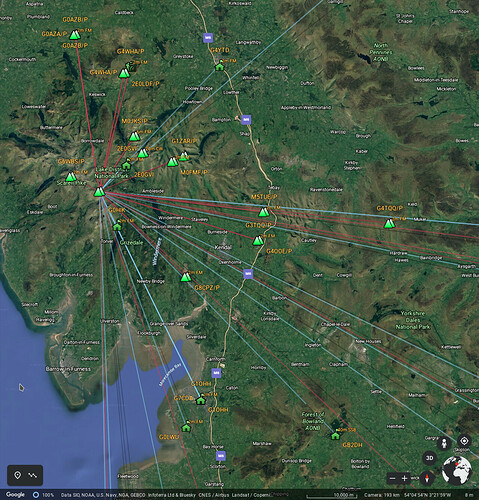 My normal HF routine of both working a frequency and frequent search and pounces didn’t really work given the hassle it was to change antenna frequencies. Good to get Stuart 2E0GVI on 15m - he was only in Grasmere! I also managed a 6m S2S with @M0JKS Dave on Helvellyn - using 1 watt from the FT-817 and the Super Antenna MP1 set for 20m - the SWR was bearable! Phil unsurprisingly couldn’t hear me using that configuration! 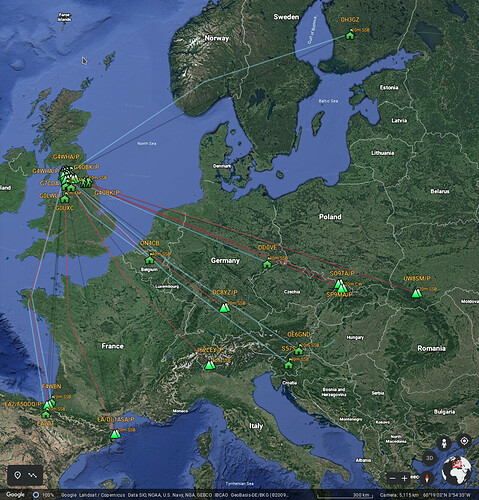 Some nice HF S2S contacts including Fabio @IK2LEY on SSB and also Phil on 20m.
I would like to have done a CW activation but the brain just wasn’t working well any more with the cold, but nice to get Colin @M1BUU in the log who was working a nice pileup.

I did get some nice views as the weather finally cleared up. The Langdales are always photogenic.
Thanks for all the S2S and chaser contacts. 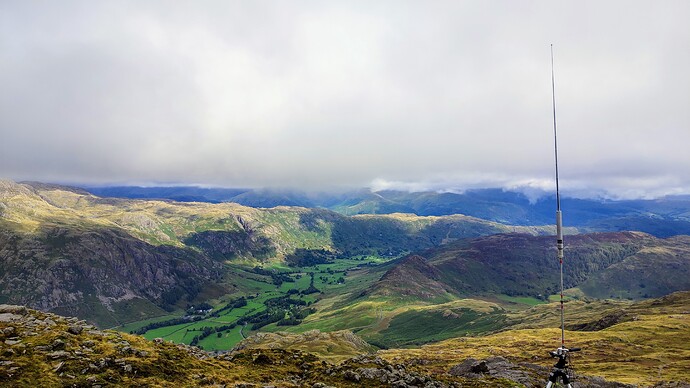 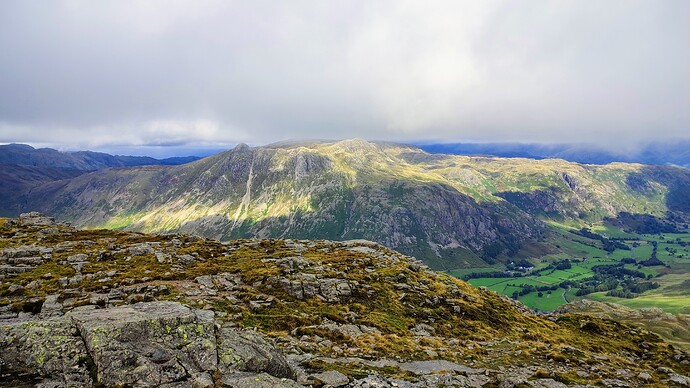 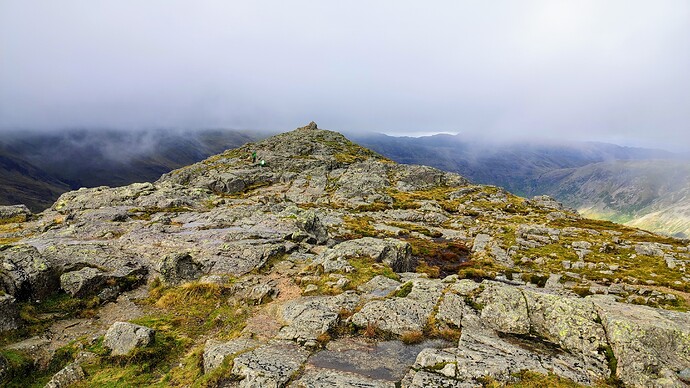 Hard to see it through the rain. You sure it wasn’t a goat or a llama?

Is it the same sheep or are there many sheep in the Lake District?

Are they purposely planting Herdwicks on the fells just to make pretty photos? I’ve never seen so many! 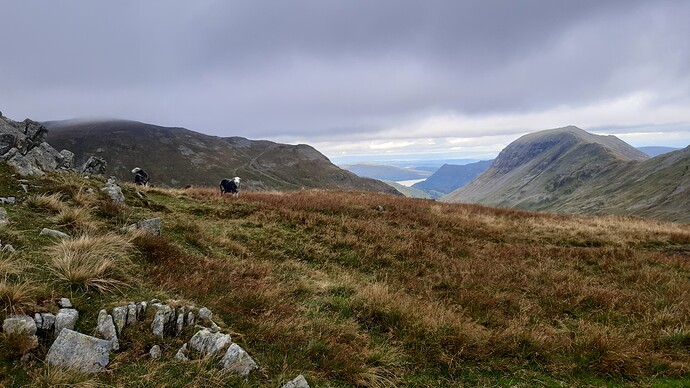 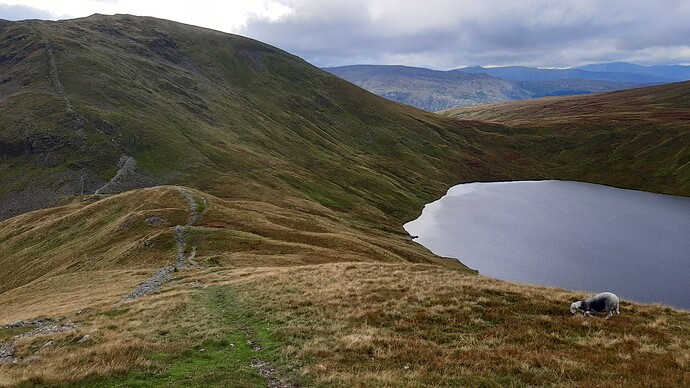 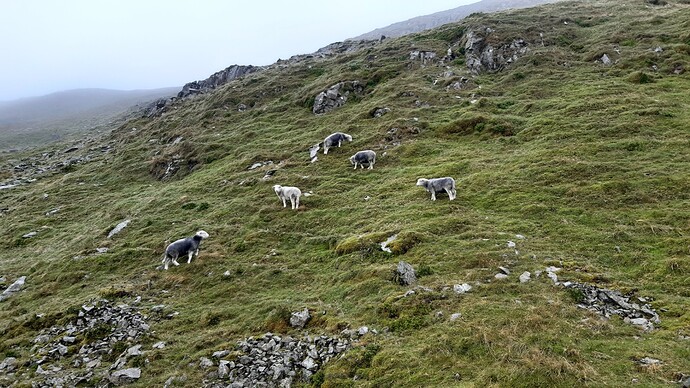 Was a nice surprise to hear you calling me Mark, Thank you for the CW S2S.

planting Herdwicks on the fells just to make pretty photos

@M1BUU - are you saying the fells are pretty or the sheep? Tread carefully there Colin!