SOTA from a Cascade Volcano | Mt Hood, OR

Some of you may have already seen this trip report, but thought I would repost here… 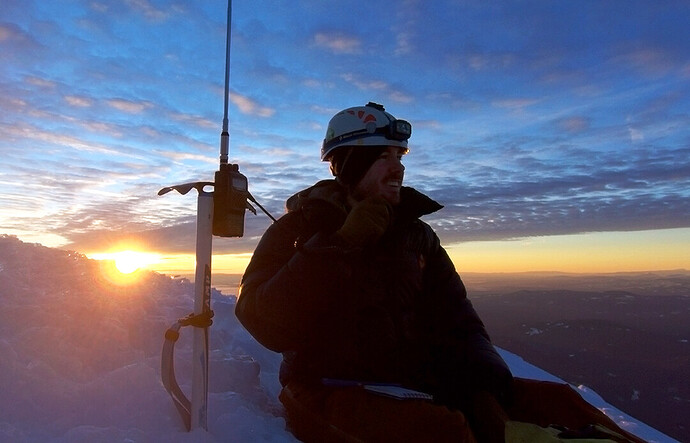 On Jan 16 I climbed Mt. Hood (W7O/CN-001) for a sunrise SOTA. I think this was my 6th ascent of Hood. Conditions on the mountain change daily & weekly. This was one of the more difficult ascents & descents.

My friends and I left the climbers lot at Timberline just before 2am. We took our time and made the top of Palmer around 3:40am. After a quick breakfast we continued up the mountain on good solid snow. We were hit with sulfur from Devils Kitchen throughout the hike up.

About 200’ shy of Devils Kitchen my partners weren’t feeling good and decided to turn around. I continued up and took a break at the saddle of Hogsback. While up there a group of 3 climbers made it up and two were feeling sick (one vomited). The two sick climbers turned around and their 3rd asked to join up with me. New climbing friend!

We made quick work of hogsback and began our traverse over to the Pearly Gates. We’d intended on doing Pearly Gates Left, which is usually the easier of the two portals to the summit. The snow here was steep. Some of the steepest I’ve seen it. In the dark and our headlamps Pearly Gates Left looked extremely narrow, almost entirely closed with vertical ice. We decided to take a look at Pearly Gates Right. As we moved up towards it, a climber with technical tools backed down off and bailed from it. This didn’t give us a lot of confidence. If a climber with proper ice tools thought it was too sketchy, what did that mean for our mountaineering tools?

We decided to at least go up and look at it. We spent probably 10-15 minutes perched on the steep snow, discussing, looking, talking. There was a steep pitch of ice, maybe 6’ to climb over. It was narrow too. Finally we decided to give it a try. It went! We made it up and over without much trouble and were met with more steep snow above the crux. From there it was just cruising up and up until the summit. 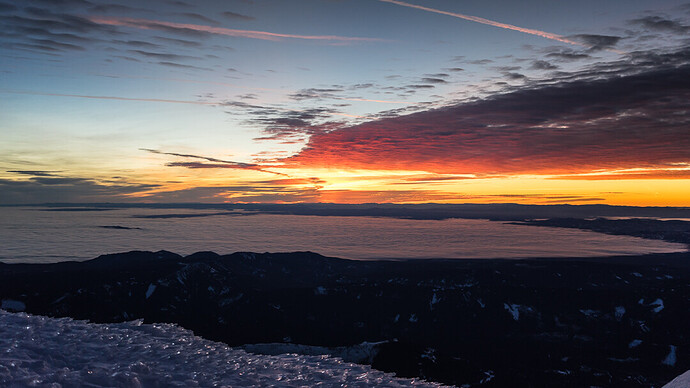 There was a small group waiting for the sunrise. One of the best I’ve seen from up there. We took photos and I clipped my FT-60r to my ice axe and began operating with the yaesu mini mic. 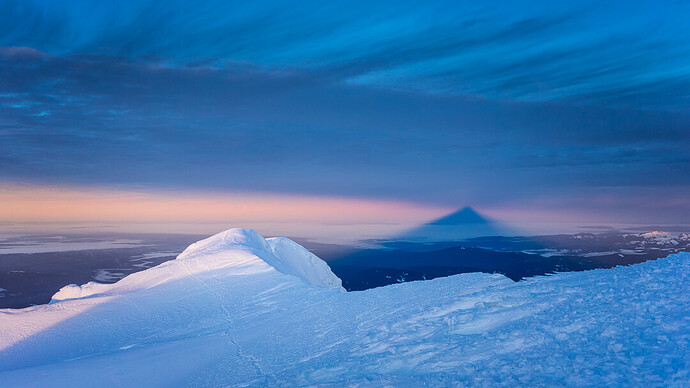 WB7VTY spotted me and I made a total of 13 contacts on VHF. I was kicking myself for not bringing HF. I was expecting cold temps and windy, but it was actually fairly pleasant on summit. 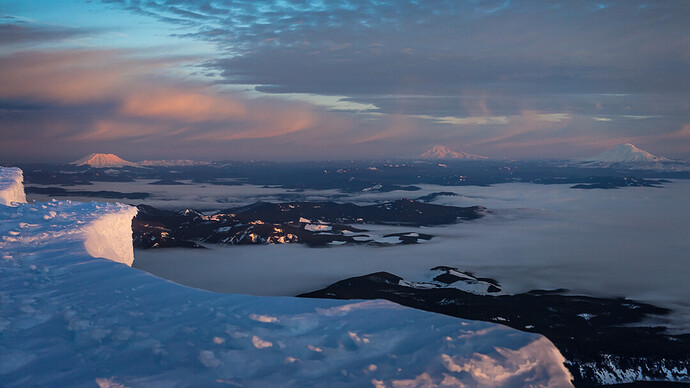 By now crowds were pouring through the Pearly Gates (Left was open, must be easier in the daylight). And the summit crew moved over towards Old Chute for the descent. The last time I was on Old Chute it was easy snow to the summit. Yesterday was much more challenging. Steep snow covered with thousands of loose ice blocks and even a spot with an ice step crux. It was a bowling alley and made for a very slow and physically demanding descent. With crowds coming down and going up Old Chute, there was a constant rain of ice blocks. My helmet has paid for itself a hundred times over.

Interestingly, no one was traversing from hogsback to old chute. I moved to check it out, but it was pretty icy. We stuck to the snow and followed the bootpack… through Hot Rocks fumarole. The first time I’d seen that.

Back at Devil’s Kitchen (10am) we swapped out layers and I said goodbye to my climbing partners. I was planning on being back at the car at 10am, so wanted to book it down the rest of the mountain. I regretted leaving my skis at the top of Palmer and not booting them up to Devils Kitchen.

At Palmer I ripped the skins and skied inbounds to the car. I fled the mountain, hoping to make it home before exhaustion hit me.

Video of the activation: https://youtu.be/CkKK6tfHKEE

Very impressive and a great video! 73 from Holland

That’s a steep mountain! Thanks for the report and video, excellent work.

That view of the shadow is formidable. I saw that phenomenon on another volcano - Mt. Shasta.

Thanks for posting!
73
Eric KG6MZS