SOTA Bucharest to Budapest on the Danube?

Later in 2019 I’ll be taking a 10 day river trip from Bucharest to Budapest on the Danube. Are there any good, easy summits that are close by? My ports are Bucharest , Veliko Tarnovo & Arbanasi, Vidin, Iron Gate, Belgrade, Osijek, Kalocsa and Budapest. Although I will not have much free time I’d like to activate at least once while Im there.

Perhaps a local HAM would be interested in meeting up?

Have you tried the Sotamaps website? You could search fro summits within range of the cities you will pass through or just select all of YO and HA and see which summits are near the river?

Looking quickly just now show a fair few 1pt summits within close proximity to Budapest. You may need to get a bus/taxi from where your river cruise stops.

I’m not sure exactly what the arrangement is and probably you know this, but Bucharest is not a port. The river that crosses Bucharest is called Dambovita and it is too small to be navigated by cruise ships. Danube passes about 70km south of Bucharest.Typically Bucharest is just used as a transfer destination, and the port for the start of the cruise is on the bulgarian border. Also Veliko Tarnovo is not a port on the Danube, but it’s a nice place to visit for a night or two.

There are no summits close to Bucharest and no summits close to Veliko Tarnovo. There are some summits in the YO/WC region close to the Iron Gates, they should be accessible if you have someone to drive you around. Better get in touch with YO2BP as he is the only one that has activated in that area: 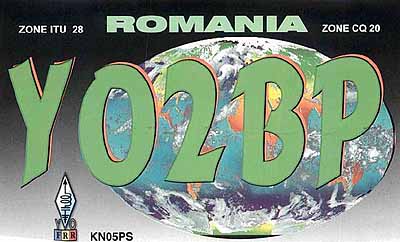 There is a famous rock sculpture not far after the Iron Gates and your cruise will probably stop there, there’s a summit about 2 hours away (on foot).

As for Hungary, I can’t really help with that.

When will you be in Bucharest ?