SOTA activations in the Soča Valley

The Soča Valley has plenty to offer both paraglider pilots and SOTA enthusiasts, so I decided to take a week or two to explore the area; being only 3:45 minutes by car it is also very easily reached from Graz in Austria. I’m not sure if the weather is going to be that great, so i’ll just play it by ear. There was a Föhn wind blowing today, so it was a straightforward decision to go for SOTA. There is a six pointer virtually overlooking the campsite: S5/JA-042, Mrzli vrh. Don’t ask me how that is pronounced, I looked up some of the rules of Slovenian pronunciation and it’s still a mystery to me; I know ‘Lashko’ and that’s it for now. At 1360m, it looked like a nice warm up day to get the muscles moving. However, I have got used to living at 700m above sea level and forgot to check the starting altitude (which I did after getting back to the campsite 8 hours later). We are only 160m above sea level here, so that meant over 1150m of ascent, carrying quite a bit more than I usually do in Austria. Needless to say, I’m feeling pretty whacked while typing this. Still, as ever, the view was well worth the effort:

I found a shaded spot to set up in: 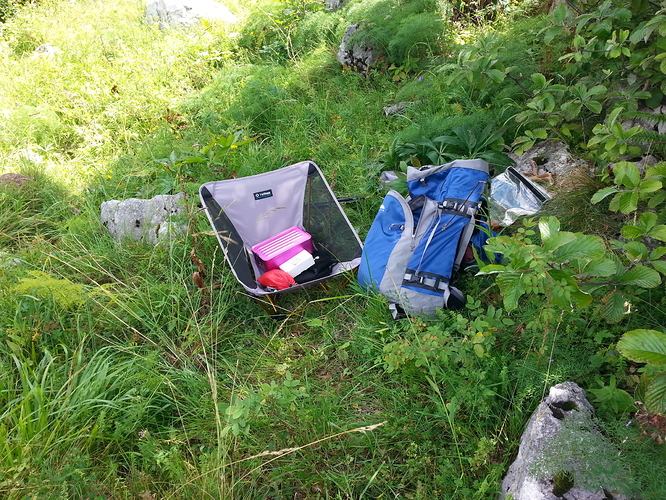 The summit is full of ant heaps and it is not easy to find somewhere completely free of the blighters; I soon had a raiding party working its way up my shoe. Luckily I escaped with just a small nip on my arm, but only after putting my feet up on my aluminium SIGG box. Well, as far as the activation goes, 20m seems to work a lot better down here in Slovenia than in Austria. I also got some nice S2S, thanks for calling me back on 40m Jürg! Here are a few more pictures from the summit: 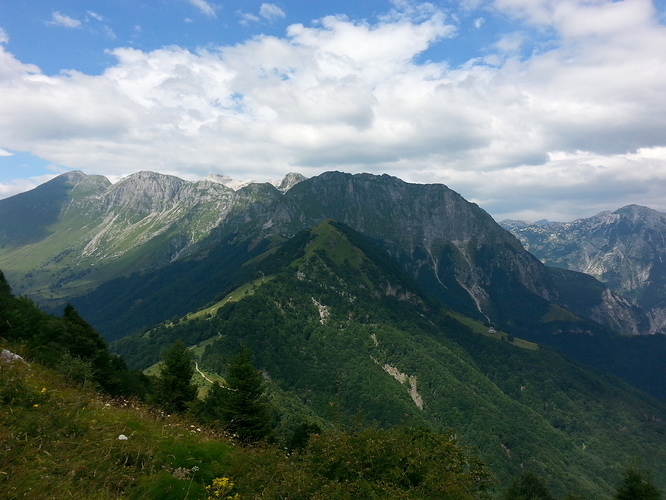 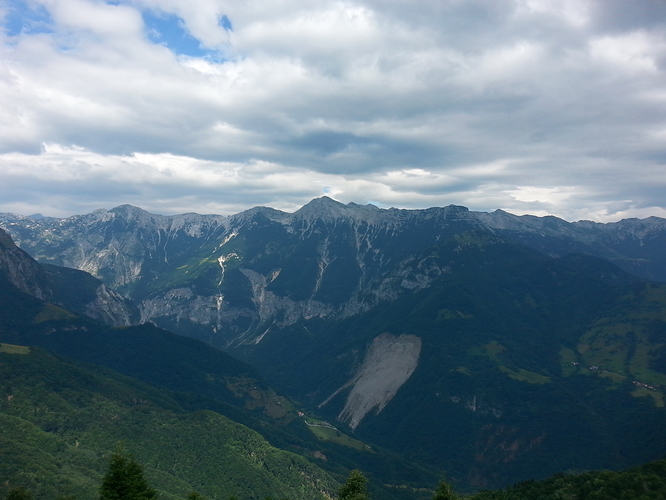 Quite looking forward to flying tomorrow!

Terrible conditions today on Kobilja Glava S5/JA-040. Absolutely nothing on 20m and only just scraped 4 contacts on 40m. To top it off I flew down the wrong side of the mountain and only just managed to land on a shoulder on the east side. I had to walk back to Tolmin quite heavily laden. Luckily some locals took pity on me and gave me a lift back into town. Hopefully conditions will improve soon.
73 de S5/OE6FEG/P
Matt

The weather was too unstable for serious flying today, so an easy 2 pointer overlooking Tolmin seemed to be the sensible course of action. Kozlov Rob is a very easy summit to activate; no long climb, ants or sheep shit to deal with. Quite the opposite in fact; a pleasant stroll from the campsite, spacious well kept summit area with plenty of furniture and places to jam a light pole for an antenna: 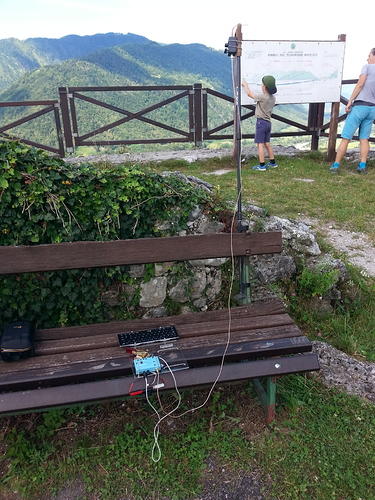 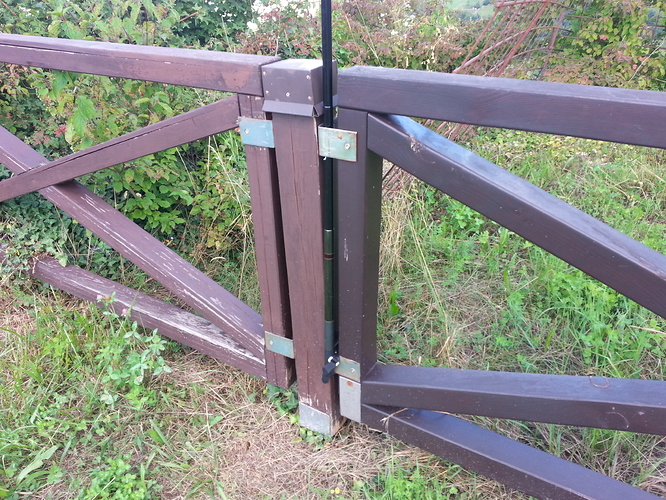 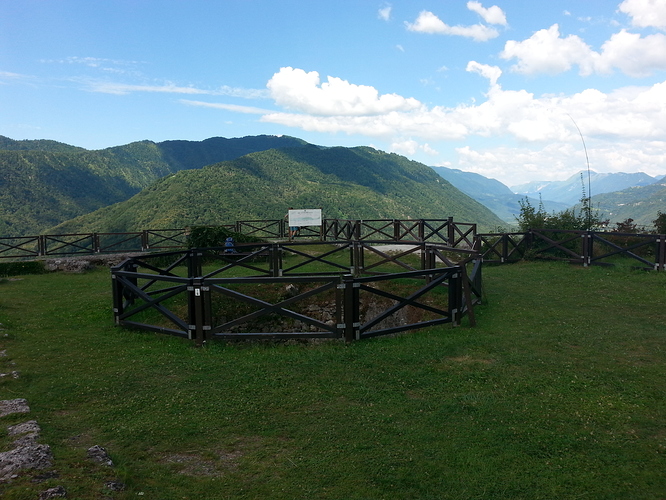 The view is still nice, even without the Triglav National Park to the north:

The activation was a bit easier today, conditions seem to be improving slowly, but an SFI of 65 inevitably limits the contacts. There wasn’t a peep on 20, just like yesterday, but after a few minutes calling on 40 a steady stream of contacts came through; even a S2S. A look at the spots page afterwards showed me picked up at only 5dB on 20m, so not so surprising that no one came back. I heard a few puzzled ‘SOTA ??’ on 40, as some stations struggled to hear anything at all. It was nice to be able to drop down into Tolmin afterwards and pick up a few groceries. There is a week long heavy metal festival on at the moment, so the town is full of rockers. Hofer (or Aldi as it is known in the UK) is a no go as far as parking is concerned: it is right next to the festival site. Tolmin really does have something for everyone: pilots, hams, rockers, walkers, kayakers… It’s dead cheap too, beer is only €2.20 for half a litre (the Slovenes make a rare and quite delicious dark lager); camping is only €10 euros a night regardless of car or tent. I ate the biggest burger I have ever eaten for only €9 on Monday night. If you are looking for your next SOTA holiday, I would give Tolmin some serious consideration.
73 de S5/OE6FEG/P
Matt

I decided to have a day off flying, as yesterday was quite a demanding day all in all. There was a very straightforward 6 pointer called Kuk (S5/TK-012) that overlooked the campsite. There is a road running right along the ridge, on which there are a series of World War I fortifications. There are also plenty of picnic areas around and a stand selling refreshments, so plenty for the whole family to do. I saw that there were antennas on the summit from the photos available online: 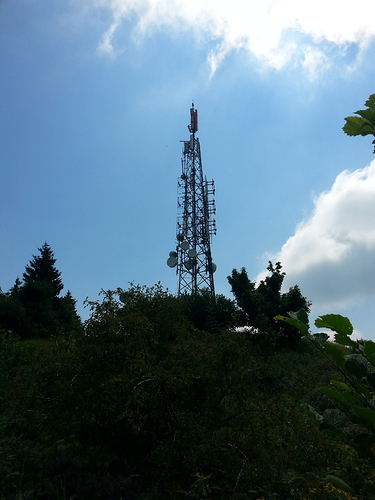 Unfortunately, I forgot to take the Fuchskreis, yet again; must tie a knot in my handkerchief. In the event, the receiver on the KX2 was not unduly overlaoded, although it was about S5 on 40m with the pre-amp on. I found a nice spot in the shade where someone had mown a nice flat path in the grass: 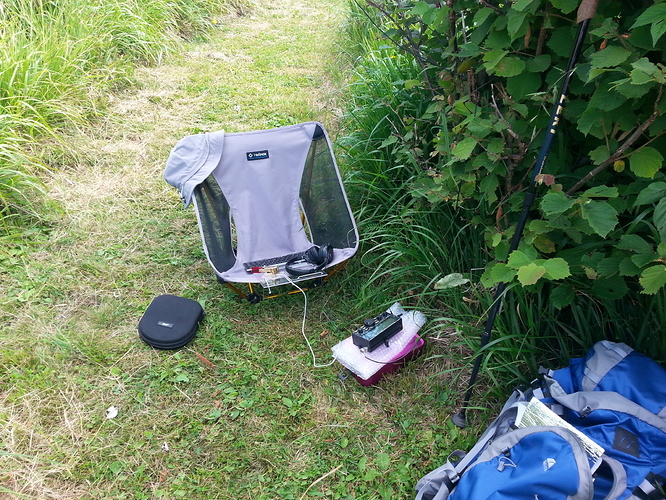 The view was not as nice as that to the north: 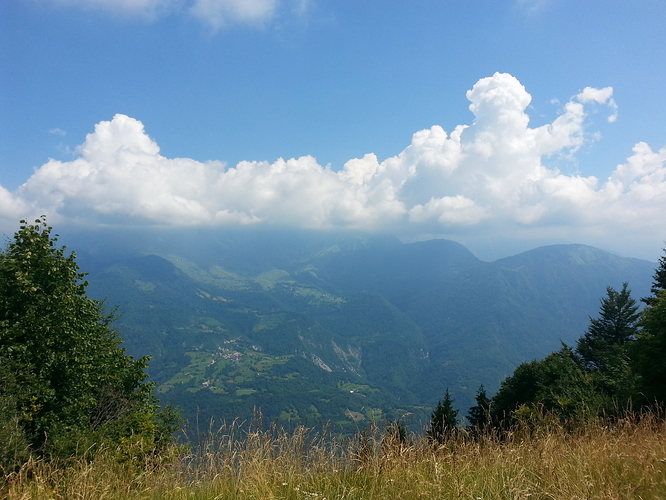 But all in all, it was a very nice activation. The bands seem to have recovered considerably since the start of the week, and I got a steady stream of calls on 20m. Another 2 S2S contacts mean I’m now closing in on the 500 point mark, way ahead of my activator total. The MTR3b and earbud combination that I use are very succeptible to interference from my smartphone, so it is hard for me to get spots when operating that way. However, the KX2 and noise cancelling headphones seem more robust, so I am starting to use VK Portalog a bit more to actually hunt for S2S contacts, rahther than just relying on people finding me. Cloudbase is getting a bit low now, and things are overdeveloping very early in the day, so I may well head back to Austria on Monday and spend a few days in Villach; again, flying and activating as the weather dictates. So that is probably it for this thread. I must say, I will be coming back to Tolmin in the near future, probably sometime later this year. the prices in the local supermarket (and just everywhere in general) were just crazily cheap compared to Austria.
de S5/OE6FEG/P
Matt

Nice pictures and reports on your activations in Soča Valley, Matt. I followed your spots but could not hear a trace of your signals. Well, band conditions are not very good these days. In “normal” conditions I could hear activators from those summits on 40m and sometimes even on 20m band. Hope to catch you on your next visit to Soča Valley. By the way - It is very attractive also in winter time - Kanin - Sella Nevea offer many opportunities for ski tourers and freeriders.
73, Mirko S52CU