Social distancing on the hills

The Peak District, like most National Parks, is suffering “bad press” at the moment (or those that flock to them are). Remember, only bad news tends to “make the cut” on TV bulletins.

There’s plenty of walkers on Shining Tor G/SP-004. Social distancing is being observed impeccably with everyone showing great respect for each other on the paths.

Care needs to be taken with gates and stiles of course - but I’d rather be here than in a supermarket. (Less than 1% of Covid transmission occurs outdoors according to a study last week).

unfortunatelly some hillwalkers are simply ignoring the appeal for social or physical distancing. a friend of mine sent me this photo he took one week ago. luckily he managed to escape before the group of about 30 people took over the summit … 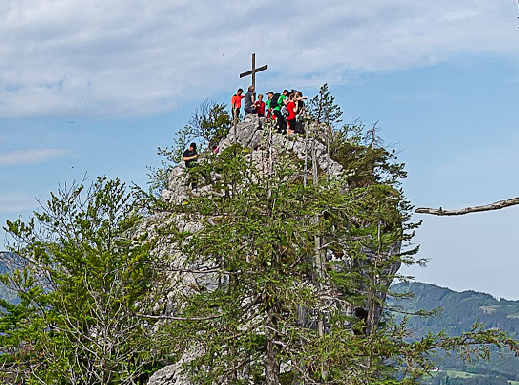 We know of these incidents from the media coverage though, as I say. My point is to redress the balance, as the vast majority of people are considerate and sensible - and the outdoors is perfectly safe if you are too.

Might have a trip out to SP-004 on Friday

I did it last night - with zero other people on the hill - and again this morning with several - but plenty of space for everyone, and all lovely considerate fellow walkers.

I then drove over to Gun G/SP-013. This was very similar. Walkers in the oncoming direction to be avoided every five minutes or so, but again easy with loads of space and Mutual politeness.

Then, on the way home, The Cloud G/SP-015. This was pretty busy, and several times I needed to climb off the railed path to avoid others (unless they motioned to go it first). Everyone very pleasant and polite again, but I chose to descend to the woods and use the PROW around the back of the farm for my return - and encountered nobody at all. Mental note made.

Why are young people so bad at coronavirus social distancing? Blame their...

Teens and young adults will heed coronavirus warnings if we do it right. Enlist them in the cause and get people they admire to deliver the message.

My experience is that it is mostly older people who treat distancing cavalierly. The younger people tend to walk in the middle of the road to dodge others, which is not sensible when there are other young people about driving hot hatches!

…also stepping off the pavement when a cyclist is coming down the road.

Thread hijack. This topic concerns the good news of my experience that walkers are observing the guidelines and respecting others’ space - and therefore potential activators can feel a little more confident about heading out.

I’m sure the moderator will deal with this swiftly, assuming he wasn’t one of the perpetrators above.

Last week I got out for the first time since COVID-19 lockdowns, because authorities here opened some trails, and I had a positive experience. I chose to activate Coosa Bald, W4G/NG-006, mainly because the XYL was hiking a nearby trail but also in part because the route to this summit is not one of the crazy busy popular trails. During a 5 hour round trip I met only 4 other parties, ranging in size from 1 to 4 persons. Everyone was considerate and kept distance. I usually was the first to step off the trail to let them pass.

For my activation (HF CW) I set up the station about 10 meters north of the true summit and a few meters below, so that there was no need to move to maintain distance when others came to enjoy the summit. As it turned out only one hiker came up while I was on the summit, and we were more than sufficiently far apart.

I did hear that on that same day, one of the popular parks in the mountains, the jumping off point for the trail to Springer Mountain (W4G/HC-005), was so crowded that the state authorities had to close the park.

In summary, I did not have any problems when taking a few simple actions to keep my distance from others. It may be easier to stay safe during activations by selecting less frequented peaks, and avoiding those that are the most popular with the day-tripping crowd.
73
Scott WB8ICQ

Shropshire AONB for the past 4 days has been brilliant for Social Distancing, lots of respect and patience with people.

I did Callow Hill G/WB-015 with Bridget (2 year old Springer/Lab) on Friday and had excellent weather, tested new Slim Jim (this one is lighter as it is made from 300ohm ladder feed), the biggest issue I had was thinking that the FT1D had lots of charge in it!!

4 QSOs later and the battery was dead, but at least the Slim Jim works when hung from a tree 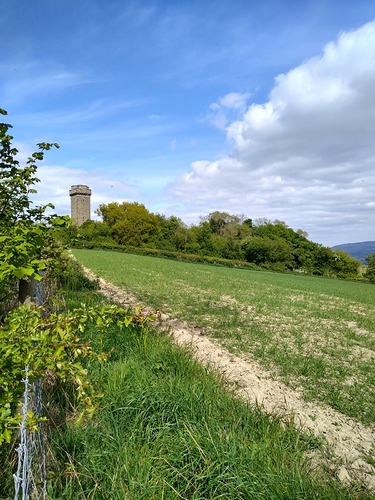 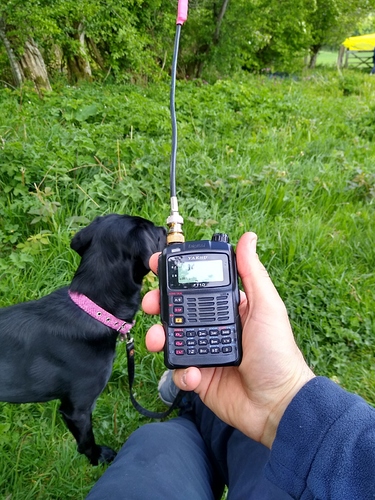 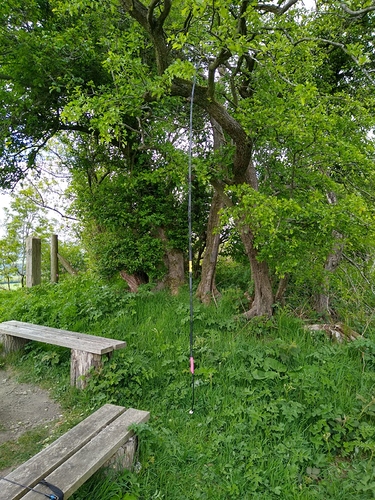 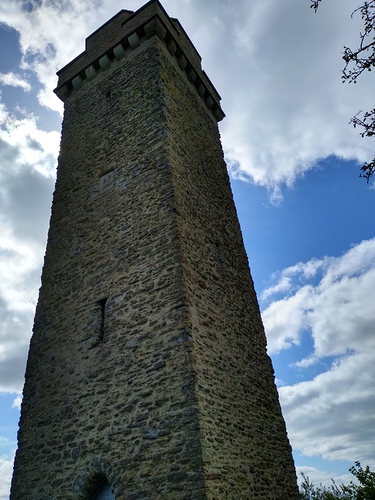 Learnt the lesson, this time the 817 (Better filtering on Brown Clee) and a 2.2ah LiPo 3 cell 11.1v battery! I have removed the internal battery from the 817 as I was never using it!

This time it was the compact 5m fishing pole and the 450 Ohm Ladder Feed Slim Jim, YL was with me so made it quick but rattled through about 10 QSOs in 15 mins! Thermos of Tea was a good move, YL approved

Mil fancies a few more hills, so I suspect that the Shropshire and Herefordshire hills will be having a few more evening activations taking place on them.

It will all be 2m FM as it is so much quicker, so my apologies to the 2m SSB chasers that are out there. However on all the activations it will be a proper antenna, none of this Rubber Duck Nonsense, you have to give the chasers the best possible chance of working you. 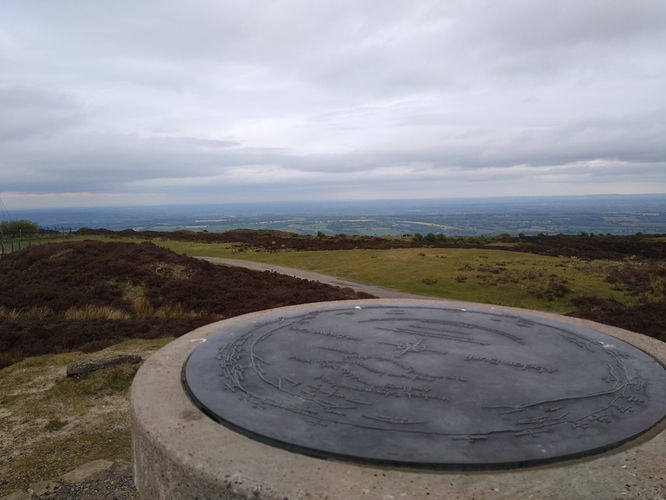 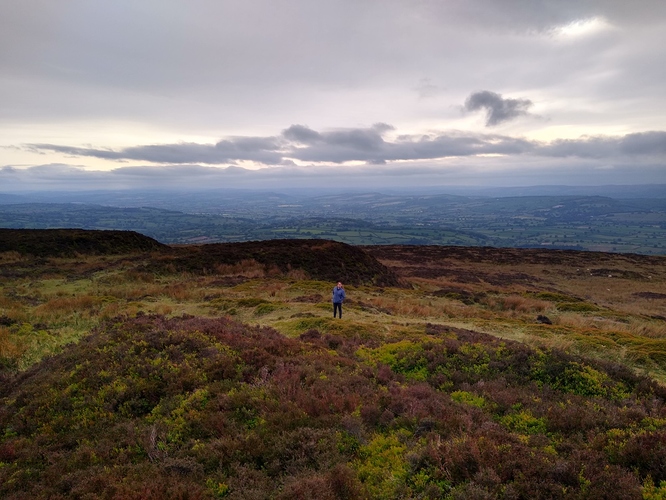 Stay Safe, Looking forward to getting into GW soon and having that W in the callsign

none of this Rubber Duck Nonsense, you have to give the chasers the best possible chance of working you

I’m not sure what to make of that data, but I don’t think I would conclude either that Slim Jim is giving the chasers the best chance, or that Rubber Duck is nonsense…

Seriously, good on yer Matt. Totally agree that evening activations have more than ever going for them right now, as does fast, lightweight, low-effort 2m FM, for several reasons. Look forward to some evening 2m FM S2S with you in the coming days/weeks.

’m not sure what to make of that data, but I don’t think I would conclude either that Slim Jim is giving the chasers the best chance, or that Rubber Duck is nonsense…

I can’t hear you in Ludlow on a Rubber Duck, but when you use a proper antenna I can!! Our QSOs on contests proves this theory, using SP-004, SP-015 and SP-013 as examples of this theory

Get the old SOTA Beams RSS up an running, pretty much as quick as a rubber duck and I may work you!! Or worse case a Diamond RH-770

IO83 vs IO82
Weekday vs Weekend

Loads of factors, but that is opening up another can of worms!!!

IO83 v IO82. My research of my own logs earlier this year found that IO82 was the easiest grid square in the UK from which to qualify a SOTA activation on 2m FM. It’s on the reflector somewhere. IO83 did come in second place of course.

Weekday vs weekend. My data quoted above was from last night - yes a Monday evening.

You’ve chased me 79 times Matt. I might even possibly be in your “Top 25 most chased activators” list on the My Results section of the SOTA Database! Can’t be doing too bad

That’d be Baxter’s I suppose

Just worked Frank MW0OFA (West Wales) 59 both ways on HH and RD from The Cloud. Told yer my RD was good

Condx must be up; off over to Gun G/SP-013 now - I’ll be worth listening for, even on the RD it seems tonight.

My choice for Shining Tor G/SP-004 was 30m FT8 & CW. That wasn’t really based on any study of likely propagation conditions, but more addiction-based I fear. Anyway, it paid off, with the band providing lots of activity on both modes, though strangely, there was no FT4 to be had on 10.140MHz whatsoever.

It was nice to meet Tom M0TKG up there, and he was having a great activation on 40m SSB. In the heather, just near to where Tom was operating, i found my sunglasses that I’d lost up here back on 21st February 2019 (yes it was a very sunny day for February!) 453 days later - I found them again. Fully intact, but unsurprisingly in need of a clean! 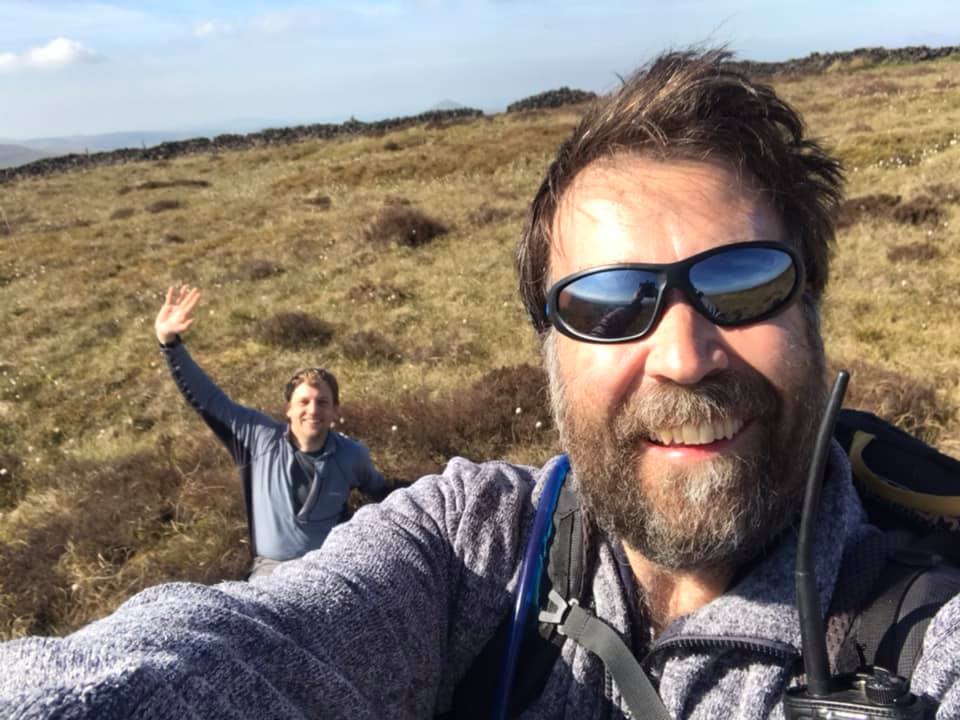 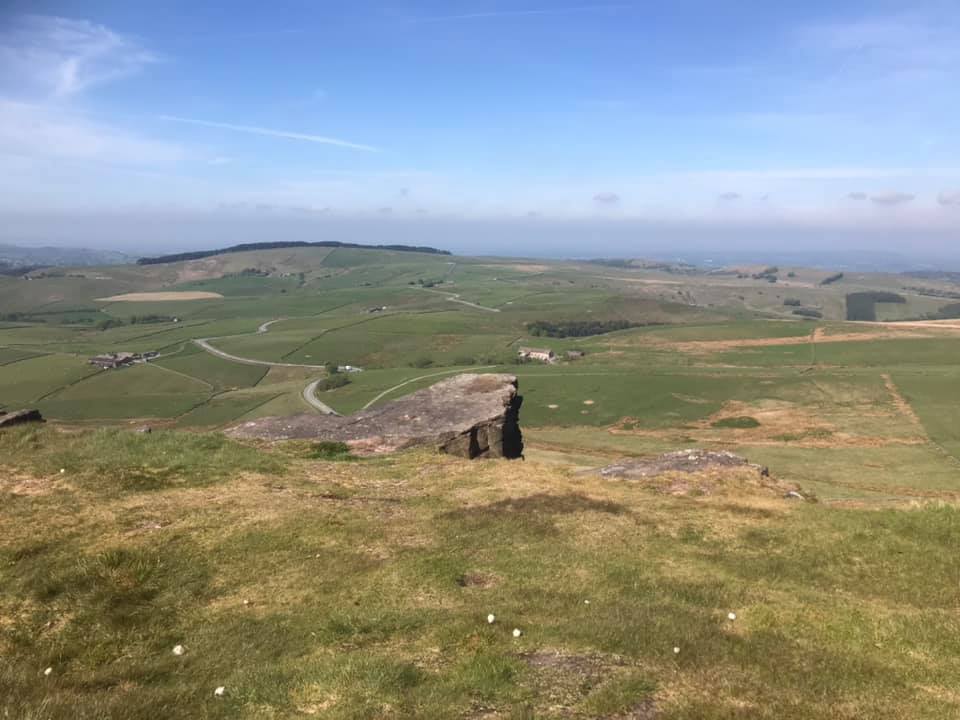 Before descending, I worked a few on 2m FM, culminating with Simon G7WKX who advised me about the opening to EA on 6m. I was going to go home to pick up the 10m GP before my next activation, but now I could switch thoughts to the “Magic Band”, and the SOTAbeams SB6 Moxon was already in the car!

On Gun G/SP-013, I needed to be in the vicinity of the summit for take-off purposes, but well off the three paths that intersect there, for social distancing purposes. I found a spot in the heather just beyond the summit, and was especially careful not to misplace my sunglasses. Irritatingly though, I did lose my rubber. And I had a mistake in my logbook to erase as well - grrr!

Over to The Cloud G/SP-015, and I remembered my “mental note” from the other day and ascended around the back of the farm and through the woods - meeting no-one at all. It seemed to take an age to get my first contact on 2m FM on the summit - I suspect everyone was busy on 6m and 10m!

I did make 4 QSOs in the end though, including Tom M0TKG who told me enthusiastically about his Shining Tor activation that morning. I remarked “Yes, I know - I found my sunglasses in the heather next to you!”. He hadn’t realised it was me! I then had a great contact with John G8OBR/P who was near Stoodley Pike on the Pennine Way. John told me that I was his first QSO back on AR after a 43 year absence! Wow!

By this time, the Facebook Messenger on my phone had morphed into a shopping list from my XYL Marianne. The local Tesco Metro to my home QTH had a socially distanced queue outside that looked like it was going to take the thick end of an hour to see any progress. Stuff that - I don’t do queues. So I took my chance and went to Big Sainsburys. You need eyes in the back of your head in there, and the experience of a misspent youth on the funfair dodgems. But I made it home with the specified items, and enjoyed a BBQ, several beers, and a family game of Scrabble in the garden.

Guess I was the odd one out, then.

However, it was a double-first for me; first successful chase on both 50MHz and on any data mode. (The VHF take-off from my new QTH is so much better than it was from my old one. I’ve even had a successful chase on UHF FM. The old QTH was in some sort of VHF hollow…)

I had no idea your call represented such a historic personal milestone for you, so thanks for sharing. I love hearing about stuff like this - like the guy who called and worked me last week, then told me it was his first QSO back on AR after a break of 43 years!