Yesterday, 6th December 2017 I met Jorge EA2LU and Santi EA2BSB for a triple activation.
We choose Mt. Larrazpil, thinking we would have little snow, but we found there was more than expected. 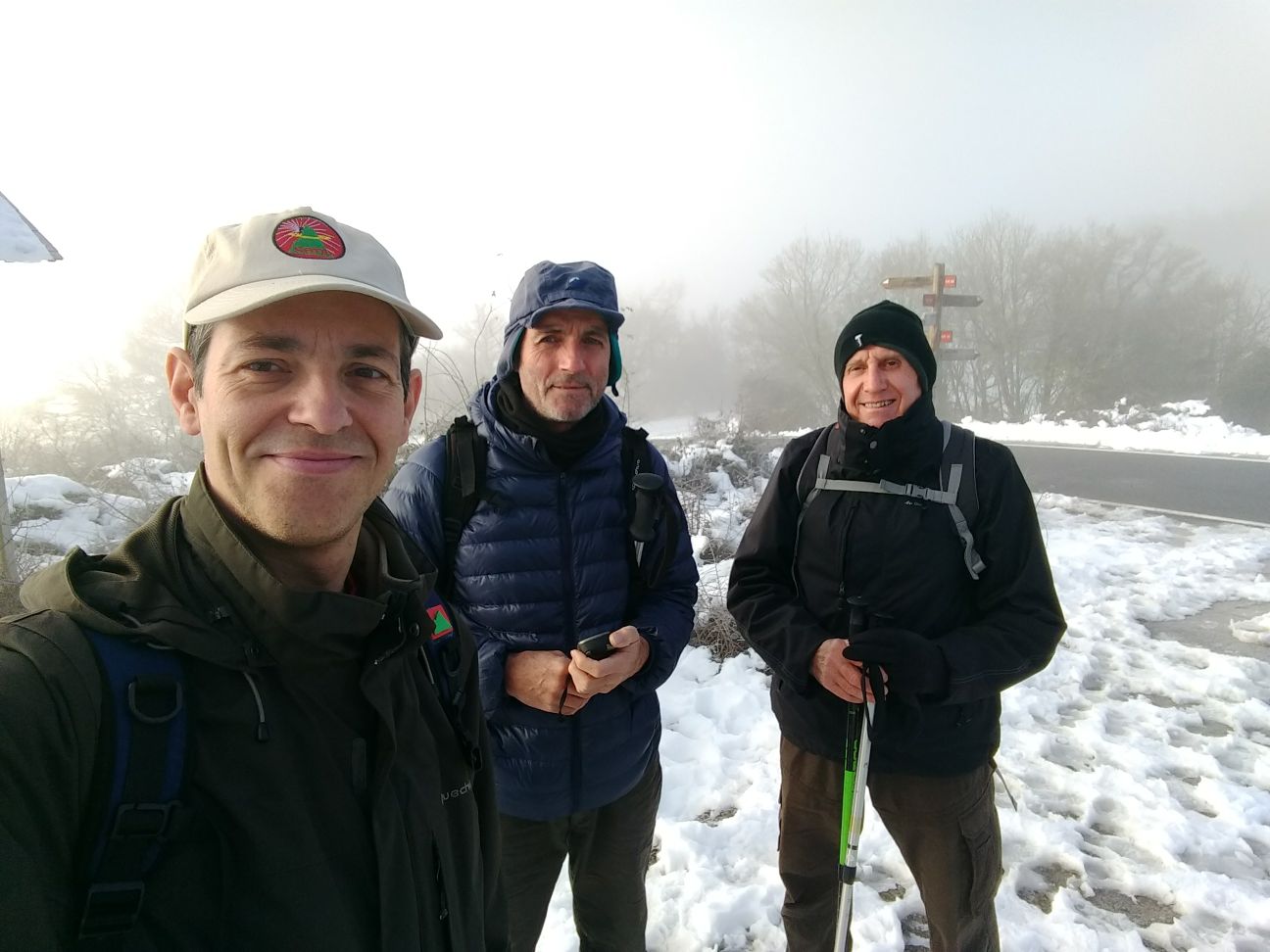 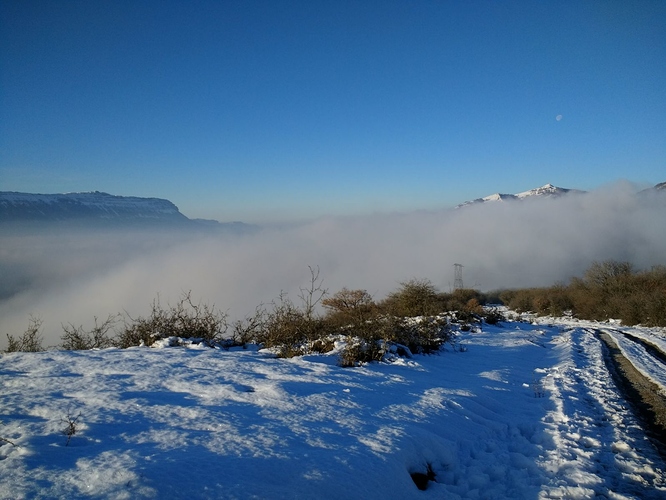 Approaching the summit, we passed next a megalithic tomb (dated about 2000 years B.C.): 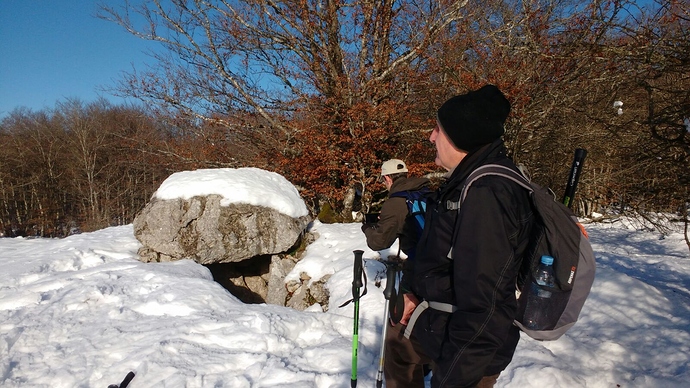 Lovely winter forest covered in snow. We decided to get out the very summit to activate in an open space: 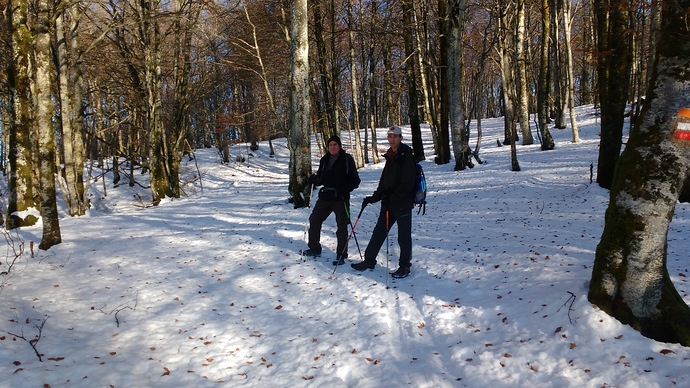 and stayed in the wide plateau: 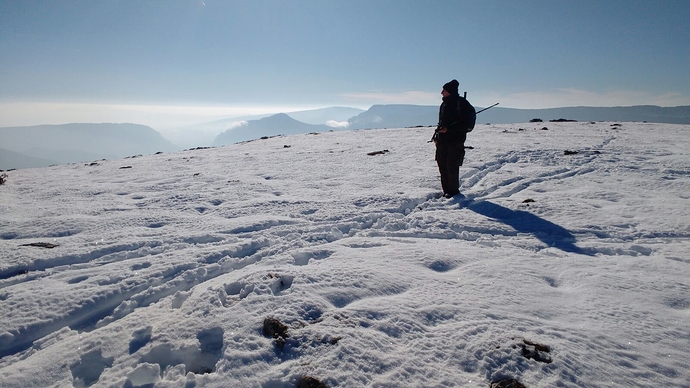 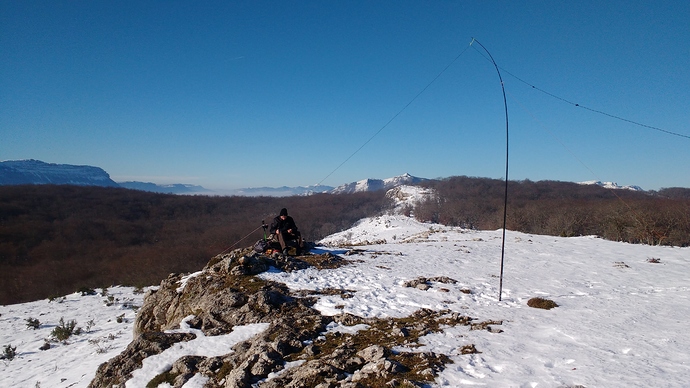 Jorge sat and was the first to start the activation running on 7 MHz CW, having soon a pile up.
By misfortune, he hadn’t fully charged his battery and after a while his KX2 shut down, refusing to work anymore. What a pity! Anyway he logged a decent number of stations.

Santi decided to give a go to a tiny telescopic whip he hadn’t test before.
He hanged his 817 from a tree and extended the whip, tuning 20m SSB. He had no SWR even without any counterpoise.

The whip, with its 1,32 meter length was enough to work some locals, but was too short to work EU chasers being the propagation such poor nowadays… He called for some minutes but finally had to use my station to complete 4 in his log. 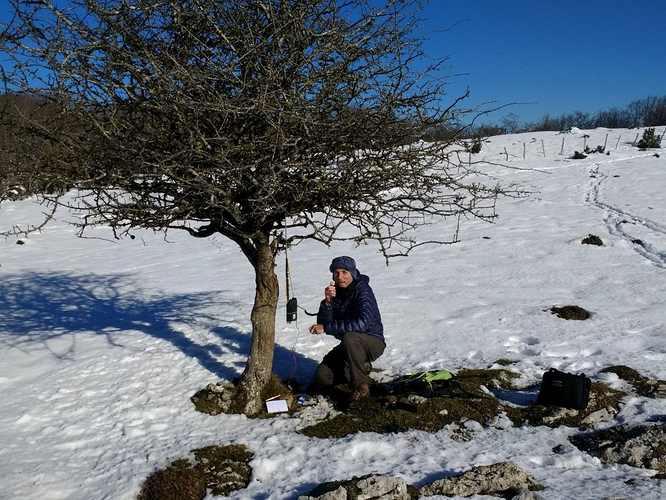 I separated well from Santi and Jorge to avoid interference and installed my antenna inverted vee using a carbon fiber pole hold by a fence; SWR was fine on 14 MHz. 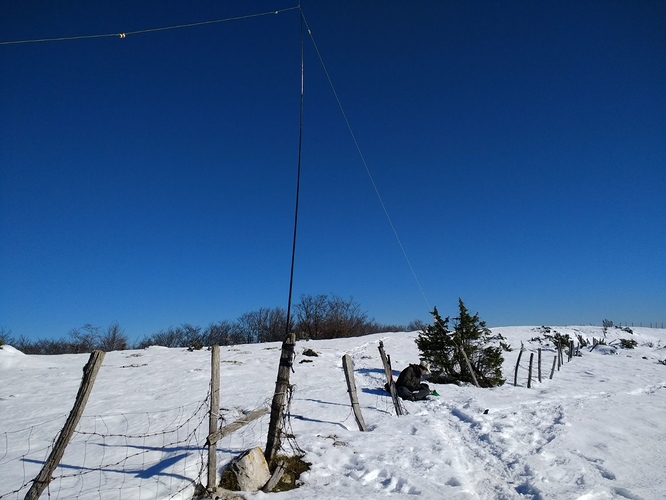 Today I had the second run on my LD-5 which couldn’t be tested on SSB on my previous activation due to a failure on the VOX settings with my headset.

This time I disabled the VOX and built a separate PTT adaptor to manually activate when transmitting. It worked fine! 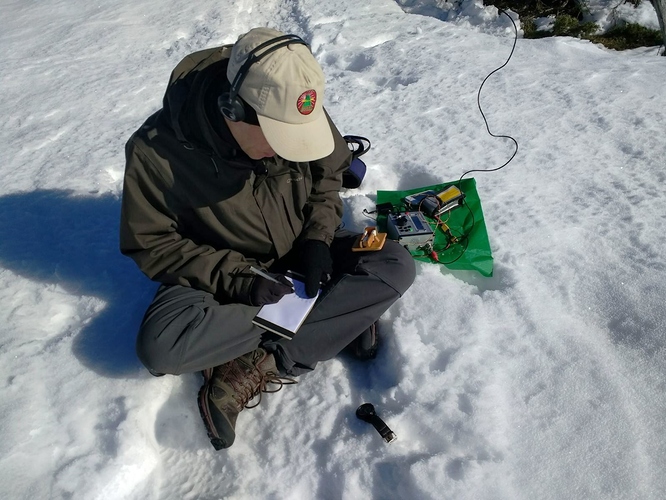 (I sat using a small sleeping mat over the snow…)

To end the activation, Jorge and I worked S2S OE5AUL/P, thanks!

It was a great day for testing and walking on the snow.
VY 73 and see you soon
Ignacio.

Thanks for the new summit,Ignacio!

Hello to the team
Thanks for nice photos and report.
Very bad wx on the French side then I stay home.
Best 73
André f5ukl

Nice report and pictures. You were lucky to have sunshine on the summit. Unfortunately I did not and it was rather cold, but I managed testing my homemade endfed and vertical antenna. The 5m vertical with two radials performed about 1 s-unit better on your signal than my endfed.
Thank you and Jorge for the S2S contacts.
Glad you solved the problem with the headset. The LD-5 is producing a very nice signal.
In case of an empty battery (Santi) it’s great to have a companion at the side,

Looking forward to hearing you again

Thanks for the new summit,Ignacio!

Hello,
thanks to you for your call. You are doing great with your Balcony antenna! Congrats.

Very bad wx on the French side

Merci André! yes, we were lucky here with the sun but I am not sure… Is it fine this crazy sunny weather and little rain for so long in the last months? Salutations!

The LD-5 is producing a very nice signal

Hi Peter, it was great to hear you and end the activation with a S2S!
Glad to copy you soon again.
Here you see Jorge giving you the signal report: 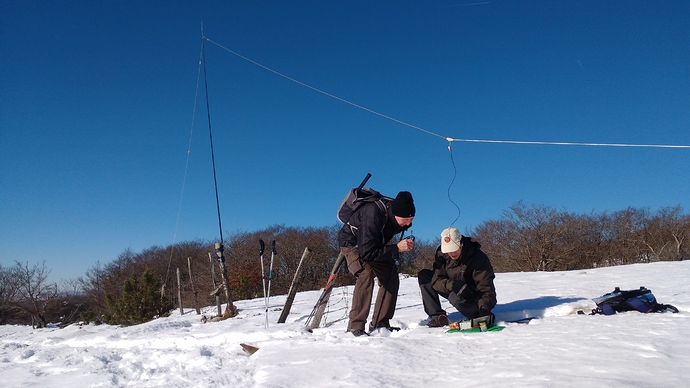 Nice pictures Ignacio! You are lucky to live in a beautiful land.73