Well I reached the summit of Slievelamagan. The lead-in walk was quite long before we started to climb, but it was enjoyable and interesting. The final climb was steep and mostly over rough ground. They say the more you do this the easier it gets!!

On top the wind was so severe that it was difficult to operate, anything not nailed down was gone! I did manage to get a 40/20 dipole up and CQd on 7.160 with no result. On 40m I heard stations from London and Shetland Islands, but they didn’t seem to hear me. On 20m I did no better, wind brought operations to an end. I reverted to the handy on 2M and received half a dozen contacts, including one from the Onchan in the Isle of Man. I also clearly heard a GW station, MW0BYT, but he was unable to get me out of the noise. The secenery was quite something, photos attached, photography as a second hobby goes very well with radio! 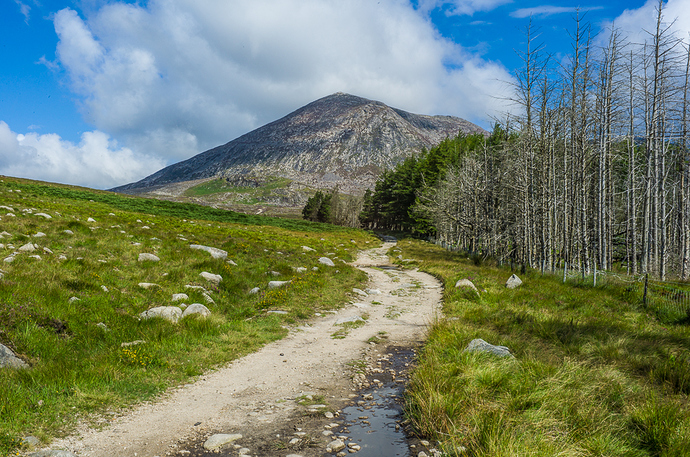 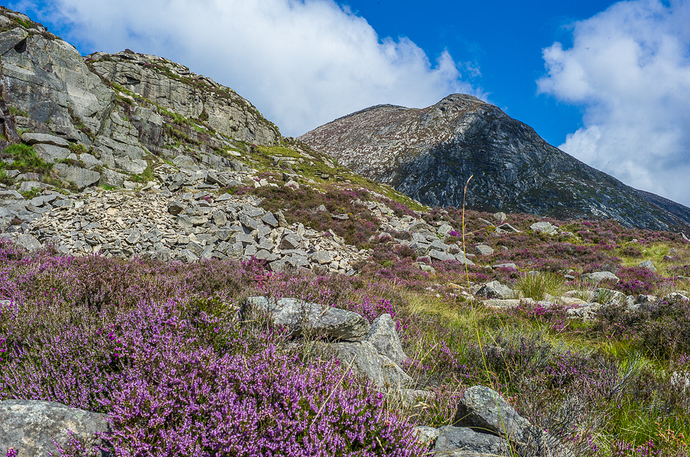 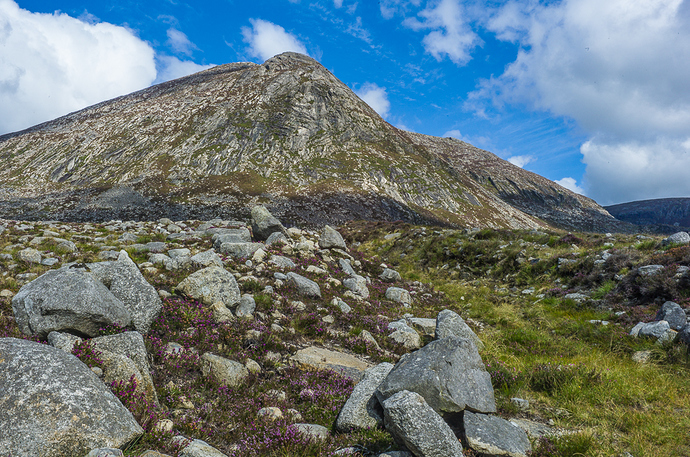 The climb starts about here 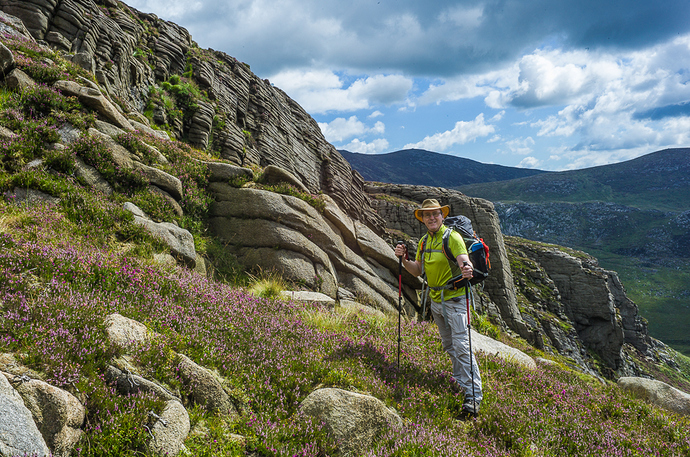 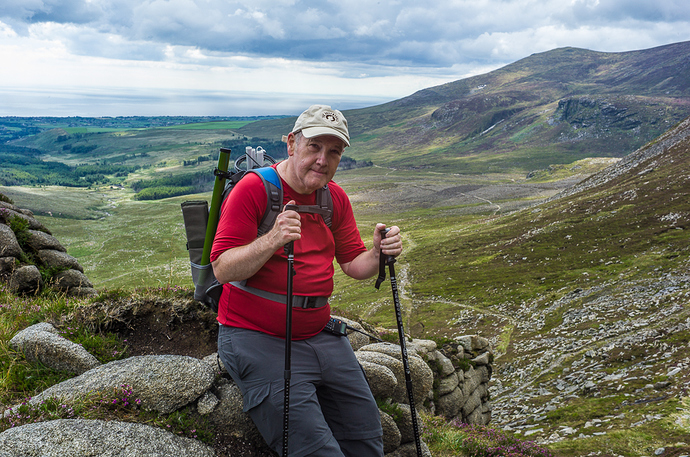 Taking a break before the steep climb 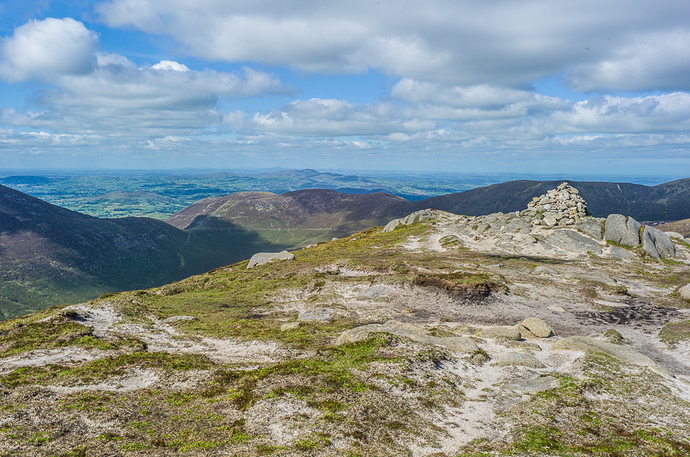 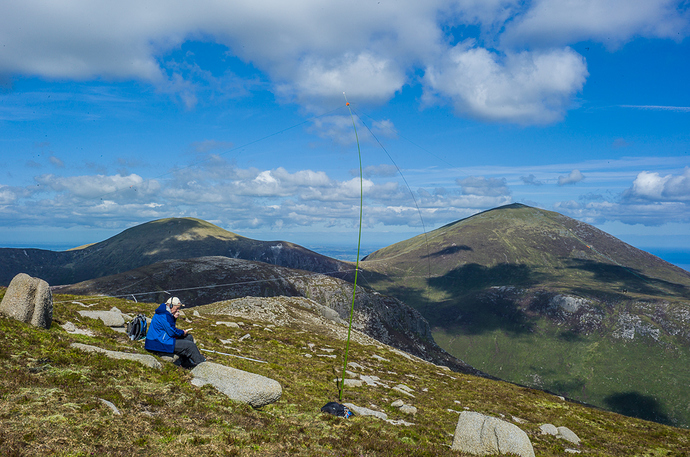 The operational site, Commadagh and Donard in the background 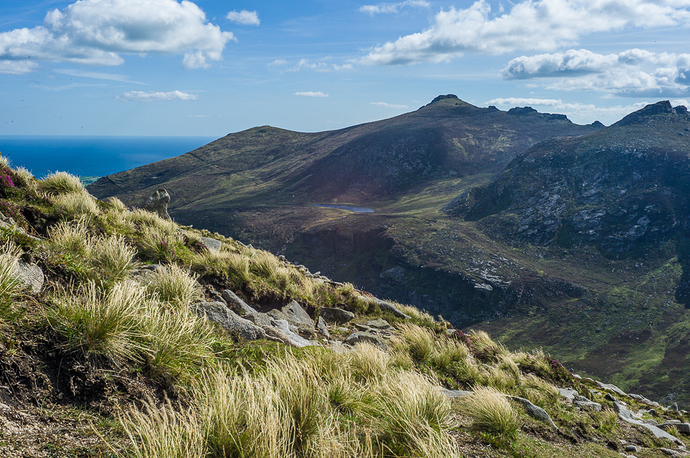 On the way down 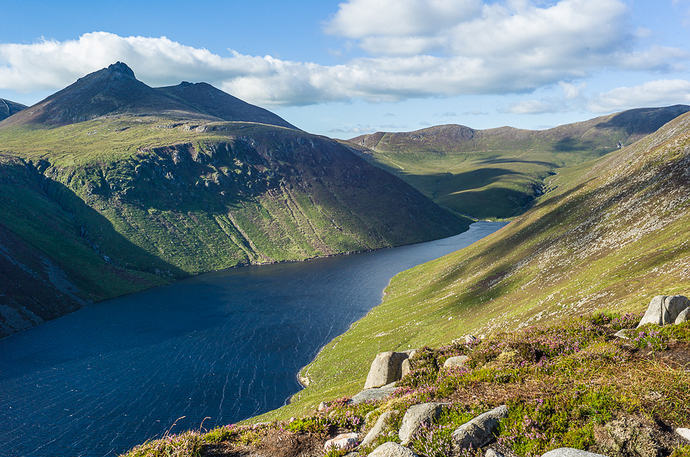 My favourite pic of the day, Ben Crom Reservoir 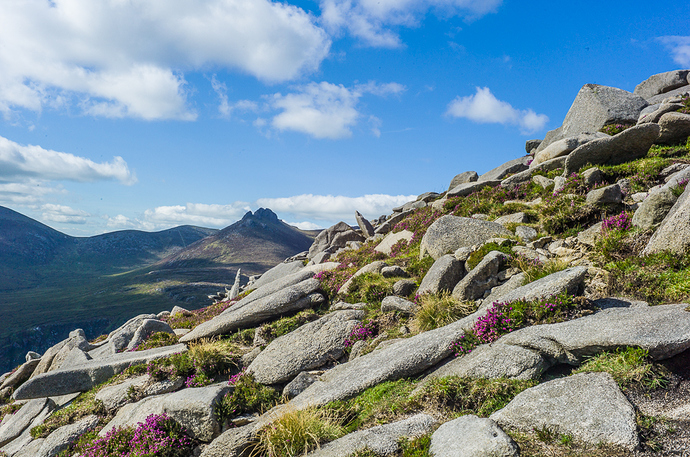 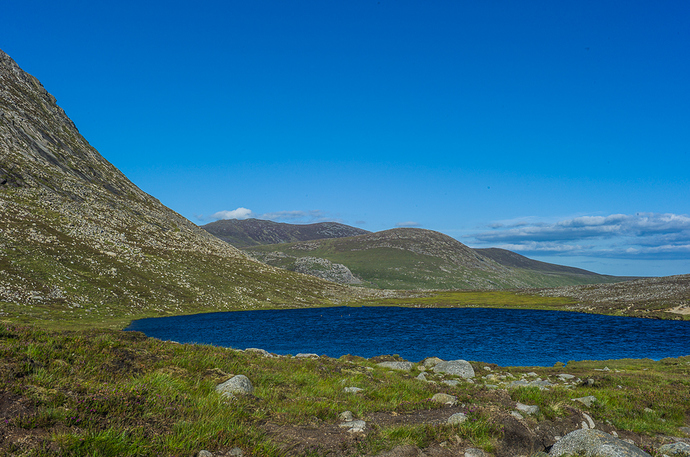 Now I know why this is called “The Blue Lough”!

Was disappointed that I did not get any HF contacts, where where else would I get these views?