I have NEVER worked a Six Meter DX SOTA Chaser or Activator on CW or SSB from a SOTA summit.

I’m not talking about ground wave contacts across state lines but real ES DX of 700 miles or more.

So as a result I am going to go out on June 13th and get on Six Meters to see if I can get lucky enough to work an actual DX SOTA Chaser or Activator.

I will be on early in the morning (1400 ish) and stay on the summit until at least 2100 UTC trying to get at least ONE 6M DX SOTA s2s or a known DX SOTA Chaser to work me.

I will be running 50 watts and a Yagi. Thinking of operating on 50.262 SSB and CW to stay away from the little contest QRM that will start at 1800 UTC.

Anyone out there interested in trying 6M DX SOTA that day?

That’s the weekend of the ARRL VHF contest. My buddy and I will be on a summit in VA, camping overnight, for the contest and to activate that summit for SOTA.

Bring back the 6/10m challenge!

I’m sure that the MT will discuss this once we are reasonably clear of COVID-19!

There was an unbelievable amount of discussion after the last challenge amongst the MT.

The purpose of a challenge is to make people do something different. The purpose of the flavours was to give a range of options and to try to get people doing the same thing at the same time to make doing something different worthwhile, i.e. there should be someone to have a challenge QSO with. I was surprised by a number of people saying things like “you didn’t have 20m CW flavour, I only want to do 20m CW and have no interest in anything else” or “Why did you have ModeX, I’m not spending money on a [DV radio]/[Tablet and data interface]/[whatever they don’t own] just for a challenge”. In addition COVID restrictions badly bit into who could take part.

We also will be acting on the many comments it was “a bit of a contest” by having no #1 in association certificates in future. Everyone can get a certificate if they score (and pay for it!)

One thing we don’t want to do and we learned this the hard way in the 12m challenge is a full 12month challenge as it skews operation and badly affects people not active or interested in whatever the challenge is. So any future challenge will continue to be only in the 1st week of the month. This gives everyone who is interested a period of more intense challenge activity and everyone not interested 3/4 of a normal month at least.

There are some ideas for band only challenges and these would be run such that the right bands were available for the season and hemisphere involved. i.e. 6m challenges would occur during the summer, i.e. May-July for Nothern Hemisphere and (guessing) November-January for Southern Hemisphere. There also is the issue of making it inclusive so all licence grades have a range of bands available to them, we’re not trying to preclude groups of people because their licence doesn’t give them access to a certain band.

I see from the latest Dubus, Cycle #25 predictions for it to be about the same strength as #24 and the peak to be somewhere between November 2024 and August 2025. It is left as an exercise for the reader to surmise about possible challenges during sunspot maxima!

So nothing specific yet nor dates.

I got close to my personal debut 6m DX tonight! The band was wide open and the FT8 frequency brimming with activity. I made 8 QSOs on 6m FT8 and 3 on 6m CW. Best DX was CT3 Madeira.

However the band activity window was full of the Americas all evening - in particular HC, HK, HI, PY and VO1.

At one point I was called by a WA2 station - but we didn’t complete the contact.

I’m now full of determination and planning to be out at forthcoming teatimes for targeted evening sessions designed to net done transatlantic DX on 6m.

As I ascended, two of the wallabies were wrestling, and there was a splendid sunset from the summit! 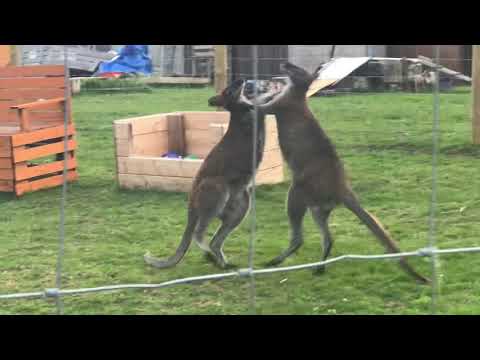 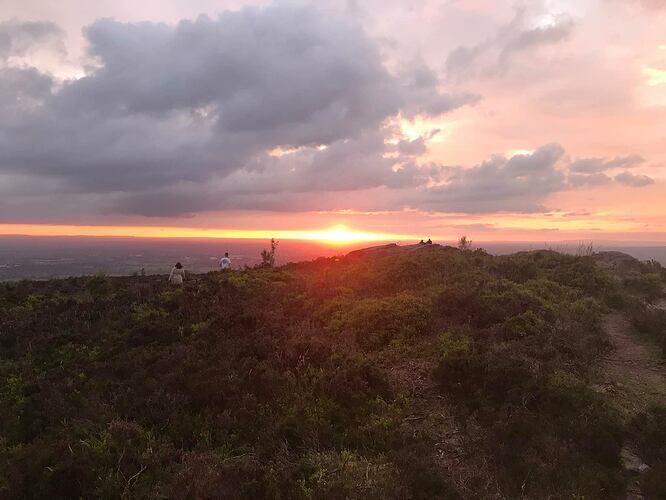 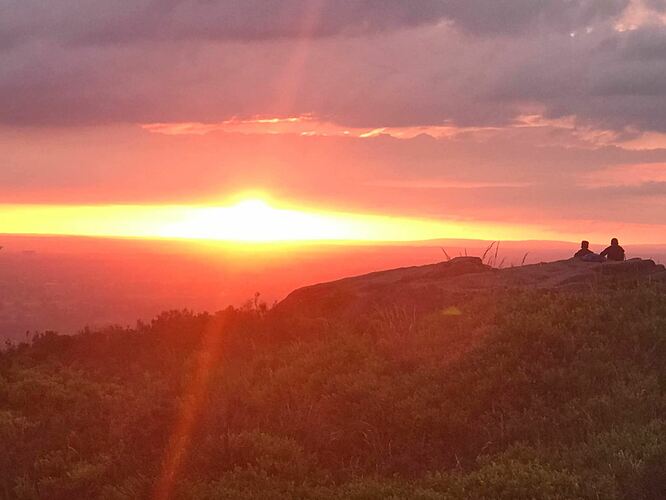 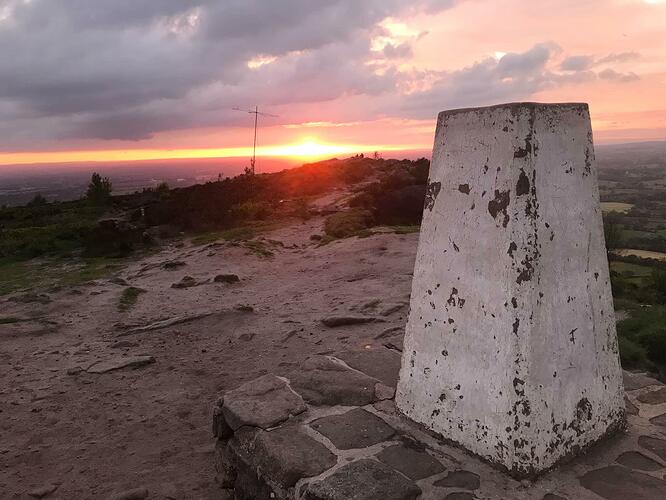 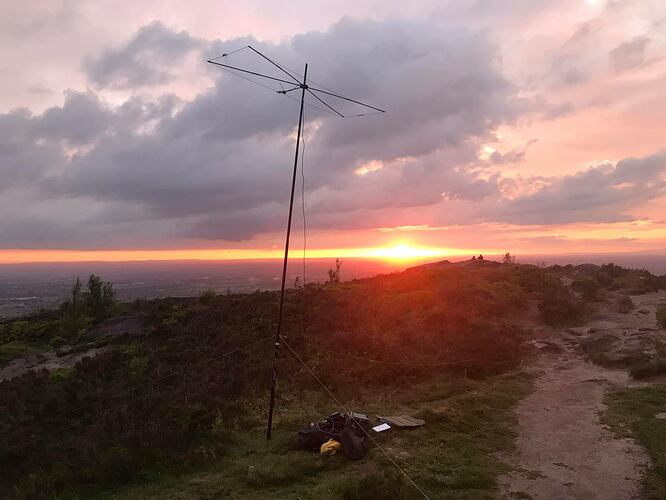 Giving it another go tonight. I’ll be QRV on 6m all modes in 30 minutes or so. I feel my debut 6m DX / transatlantic contact is imminent!

Best wishes! It must be doable and from the distances involved it should need about 3 skips on 6m from what I understand. With my paltry 10W and a far from optimum antenna I managed 4k km to Cape Verde islands this week from my home, which should be twos skips . This wasn’t a QSO and only a report on PSK but it was encouraging.

) but when it’s over I’m going to have another go from the top of a convenient tor.

It’s been very slow going so far, with EI my furthest west DX. However, as of the last five minutes, the band activity window is dominated by NA - so fingers crossed!

I will try some CW too, and maybe even a call on 2m FM… 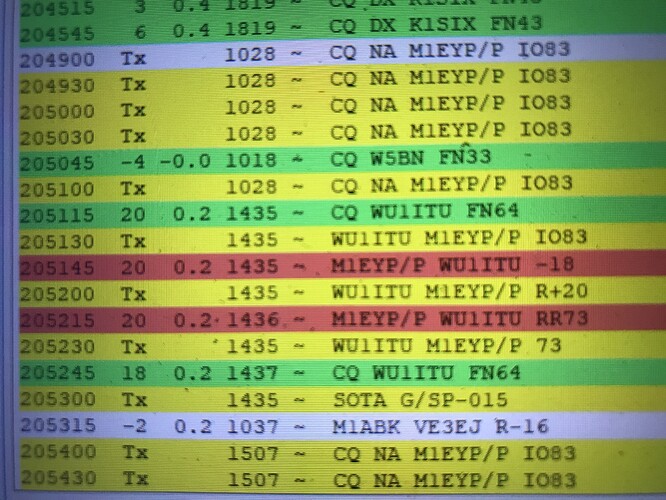 Very pleased - especially with 5 watts from the FT-817.

Seems to be plenty of Sp.E kicking around atm. Did 15m on Cloud this morning and 10m from Gun. 10m QSOs from Gun were FT8, CW, SSB and FM. Heard 59 sigs from VK and ZL on 10m FM - but that turned out to be a gateway in Manchester/Bolton!

I am planning on operating 6 meters on the 12th from W7A/AW-013 Spruce mountain. I will be using an IC-705 at 10 watts into a 5 element Yagi. I will be operating SSB/FT8/FT4. Will be looking for SOTA chasers and activators. Primarily looking for SOTA contacts with contest contacts secondary. Will spot and may go up band like WA7JTM to clear contest activity.