This is a very rare SOTA activation by myself without my dad Tom M1EYP and only the 3rd time for this to happen, the first time in over 8 and a half years since the last time this happened and my 3rd ever activation report.

It was unusually a mild and sunny day for this time of year and my mum Marianne fancied some lunch at the Peak View Tearooms and a walk up Shining Tor G/SP-004, so me, my mum and my brother Liam decided to do this. As I already activated and qualified this summit earlier this year and knowing that this is a good VHF summit and with it being a family walk, I just took the hand held and rubber duck and didn’t even bother taking the rucksack with me.

We were going to have lunch at the Peak View Tearooms first and then walk up Shining Tor G/SP-004. However when we got to these tearooms, it was busy with an hours wait for food with only sandwiches available. As my brother didn’t fancy a sandwich, we decided to reserve a table for an hour later and walk up Shining Tor G/SP-004 in the mean-time. We also decided to gambe on leaving the car at the tearooms, as we would be back eating there later it would be unlikely they would put a no parking notice on the car and all was OK when we returned later. 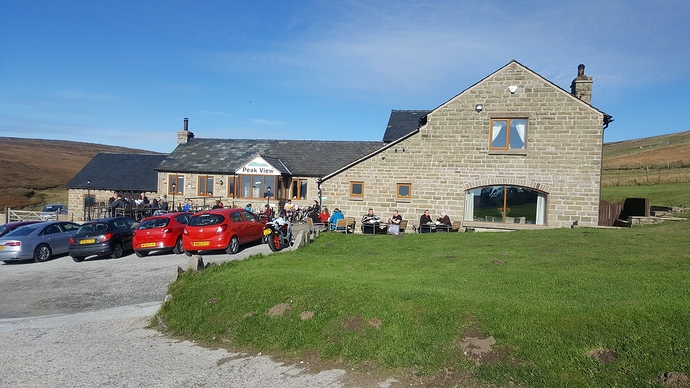 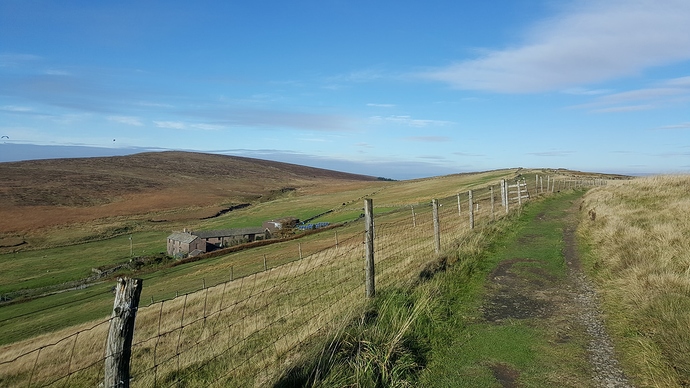 While ascending I noticed some smoke in The Cat & Fiddle direction and wondered if it was a moorland fire or just peat burning. 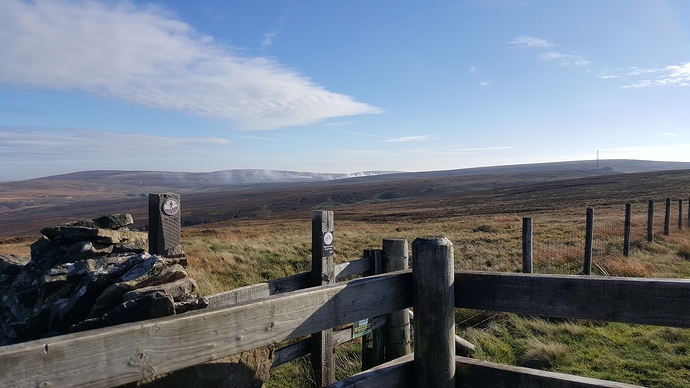 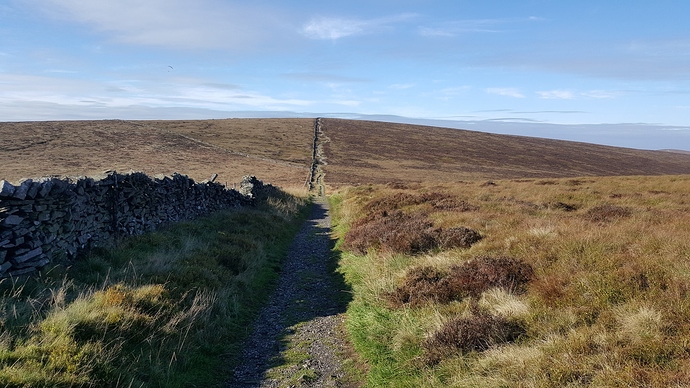 Arrived at the summit and noticed there were 3 hang gliders on there and we all noticed this while driving towards to parking spot as well. I noticed Mike 2E0YYY was spotted earlier on SOTAwatch for Shining Tor G/SP-004 for the UK/EU to VK/ZL S2S event and wondered if he would still be there when I arrived at the summit. I didn’t see him and assumed he had already descended earlier. 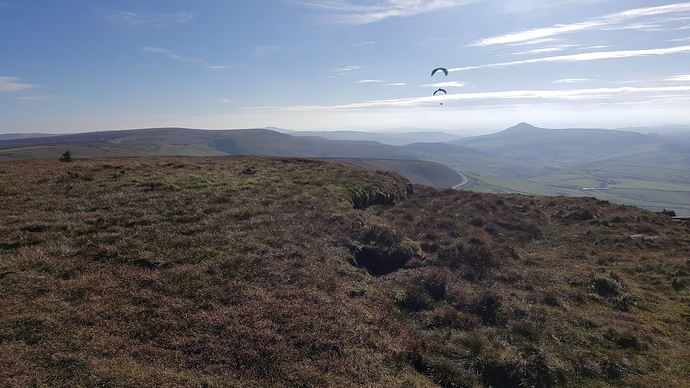 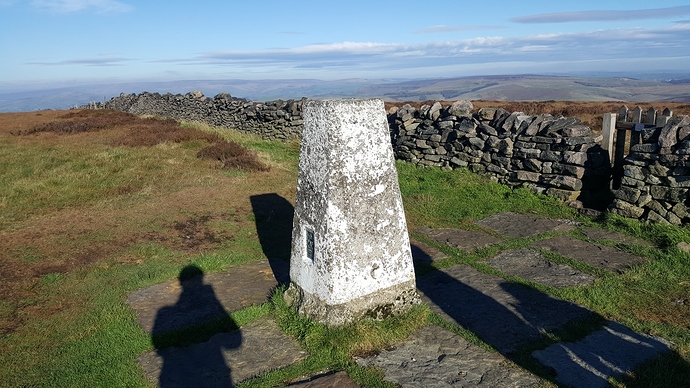 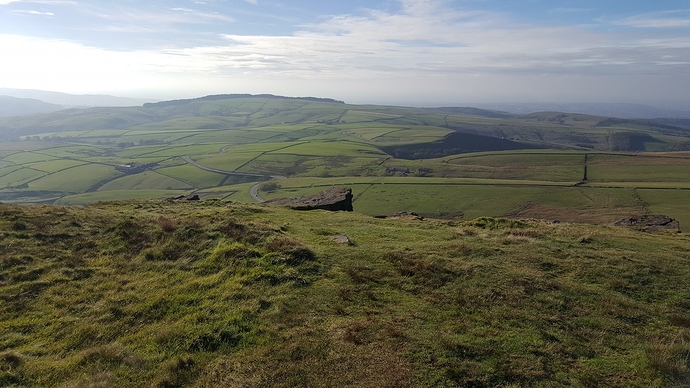 I got 7 QSOs on the handheld and rubber duck including a summit to summit with Simon GW4TJC/P on Manod Mawr GW/NW-035 and a JOTA station GB0WHT who put 4 of his Scouts on the radio to pass a greetings message to me, from what I remember one of them needed to work one more radio amateur in order to get the badge and I was happy to be the one in order for this to happen. During my activation, my mum and brother decided to descend in order to get to our booked table at Peak View Tearooms at the time we booked it for. I stayed on the summit to put out a few more calls and said to my mum and my brother that I would catch them up on the descent. 3 of my 7 QSOs were after my mum and my brother had descended, but couldn’t hang about on the summit for much longer. There was loads of activity on 2m fm which proves the rumours of not much activity levels on 2m fm in recent years to be false. Sorry if there was anyone listening out for me and wanting to work me, but couldn’t due to me going QRT.

I started making my descent to the Peak View Tearooms. I never did manage to catch up with my mum and my brother, but arrived at the tearooms only 5 minutes after they did. 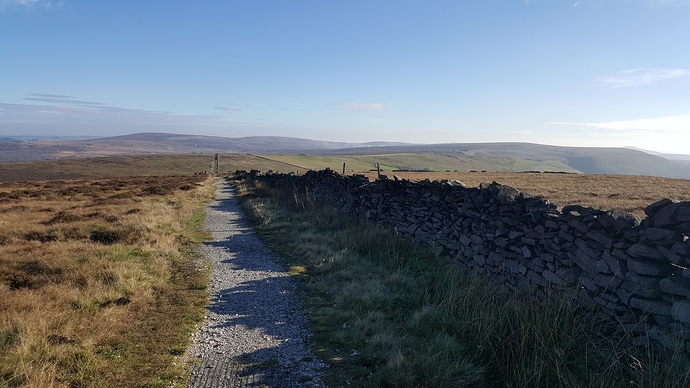 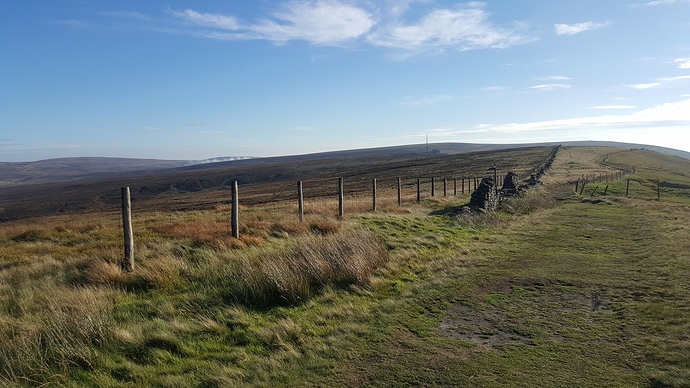 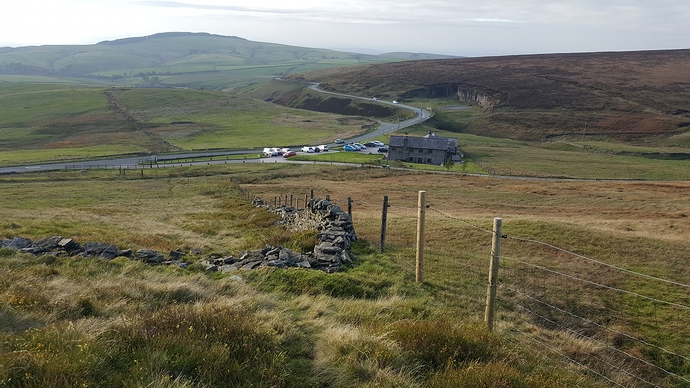 I didn’t eat anything at all before a late lunch at the Peak View Tearooms, so the All Day Breakfast there and pot of tea went down a treat. 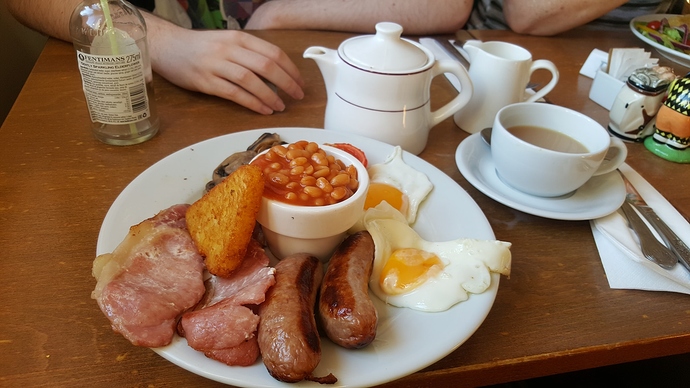 Thank you to the station that worked me today.

Great report and pictures Jimmy. Glad you managed to work Simon along with everyone else.

Thanks Helen, it was great to work Simon GW4TJC/P summit to summit earlier.

Good work Jim. A Read family SOTA outing - without me - that’s quite something!

Thanks for S2S Jimmy. The band was a bit crowded at times, with JOTA and lift conditions (F6DTL in Brittany heard but not worked). You had much nicer weather in SP. I was fully togged-up in double coats and winter hat, getting dripped on from my antenna in the cloud!

Thank you for the summit to summit with you Simon also. I noticed that the band was busy, mainly by JOTA stations. I didn’t realise that was lift conditions also. Would have been great if you were also work F6DTL station in Brittany, but didn’t manage it this time. Maybe it will happen the next time there are lift conditions.