I’m due to head to W6-land for a work trip in a couple of weeks, and it seems rude not to try a SOTA or two while I’m out there.

Unfortunately I won’t have any whole days free, but I’ll probably be working relatively early shifts, and getting out of the office by about 4pm most days, leaving the evening free.

Does anyone have any recommendations for sensible summits to try? I’ll have a (small - not 4x4) car.

I didn’t get a chance to activate them when I was down there, but CT-226, CT-225, and CT-037 all look fairly short and easy.
If you don’t mind being out after dark there are a lot of peak along CA 2 of varying levels of difficulty.

I did CT-037 what seems like a lifetime ago (July 2009!) It was straightforward and I don’t recall actually breaking into much of sweat despite the season. It was very foggy to begin with.

This describes the route I recall. https://www.hikespeak.com/trails/cahuenga-peak-wonder-view-trail/ Though we may have started at an Art Gallery high up with a very busy car park. Sorry I just can’t remember. Most of the way is on excellent dirt roads. It was the last bit when you are walking in the bushes that the first W6 AM, Stuart KI6J (call??) handed me a walking pole and told me to make lots of noise so as to scare aware the rattle snakes. He may have been having some fun with a guy from a cold and wet country

By the time we left the fog had lifted and whilst hazy, the views where good and it was much hotter.

Andy, now you’ve got me worried about snakes - I hadn’t thought about that one before!

Will pop something up if I do manage to find some time - callsign will be AG6TL (first chance to actually give my US license a work-out despite getting it a couple of years ago!).

They warn you in some places! 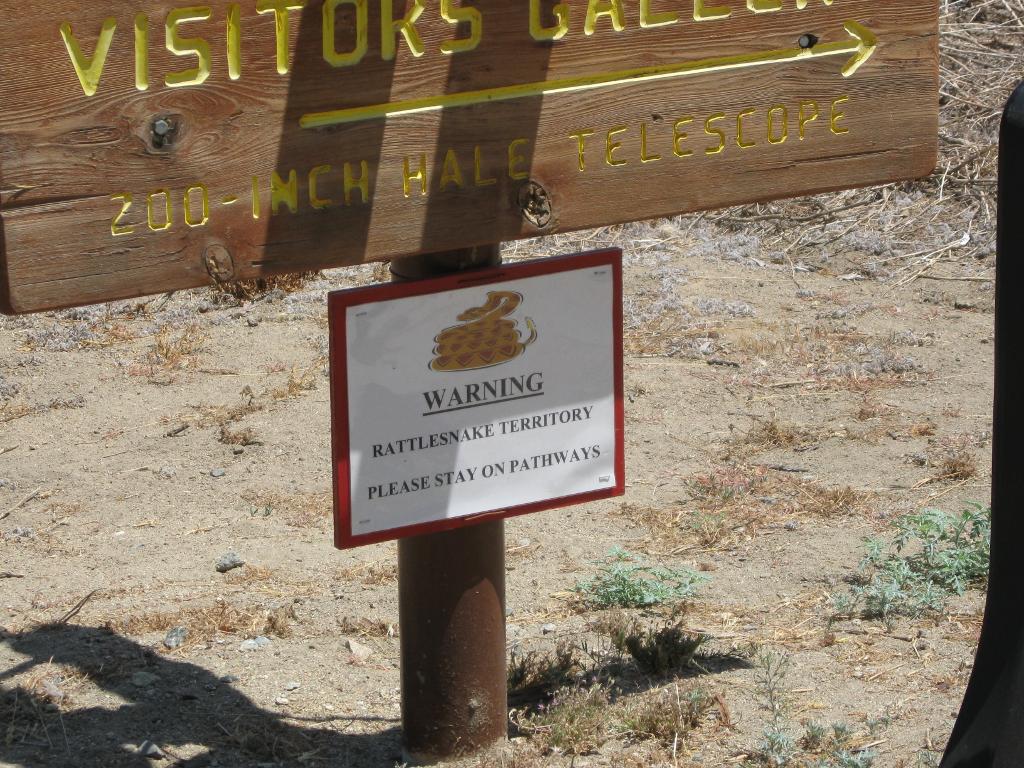 Hal N6JZT (and Dan NA6MG) have activated the San Gabriel mountains near Pasadena extensively and you might want contact Hal (hrounds@yahoo.com) or poke around his rather good blog site that contains distances etc.

Hal's Summits on the Air

Which dates are you in Pasadena?

Snakes are a problem during the hotter parts of the day.

Key is to keep an eye on trail ahead and use poles and boots to warn them you are coming.

Chances are slim you will run into one and best advice if you do is to give it a wide bearth. Snakes really don’t want to encounter us and mainly get irritated when cornered, startled, trod on, proded with poles or stones lobbed at them. Best thing is to avoid doing those.

In a couple of weeks sunset will be around 730pm. I recommend San Gabriel Peak, w6 ct-019 6 points amd 6000 ft. You start at Eaton Saddle on the Mt Wilson Road. You should be able to get there by 5 or 515pm, the hike to the top is then about an hour, mostly on a dirt road. I think you should head down from the summit by sunset so it is still pretty light when you get back to the dirt road in 15 minutes or so. 2m FM is ok on this summit but you need to switch in the rf atten on your ht because of rfi from Mt Wilson. PS and I would not try Occidental Peak since the path would be very obscure in the dark

Fantastic, thanks Paul and Hal!

I fly out Monday 13th August, and back Tuesday 22nd. Not sure exactly what work colleagues have planned for the evenings, but should have at least a few free.

By the way, is there a good source of walking maps that cover this area? (Paul - something similar to OS Explorers?)

Look at caltopo.com. Enter the lat and long in the space near the top. Click the “Forest Service” link for the most up to date map. The 7.5 inch maps are very old

Well, after a busy week of work, I finally escaped early enough to get up into the mountains last night. A bit later than I’d planned because - I’m not joking - I got lost in the underground car park of the apartment building I’m staying in for the best part of 20 minutes! Bodes well for my navigation skills…

Given the lack of daylight, I went with Paul’s recommendation of W6/CT-150, which is only a half mile or so from the road, but was a great excuse to drive up the amazing Route 2.

A CQ on 2m FM bought KA6JMA/M, after which I set up the 30m inverted V, and gave the KX2 its first outing. It was coming on for 7:45pm local time, and starting to get dark, so I suspect really a little late for 30m, but after a few CQs, I got the required QSOs to qualify the summit.

For reference, when you’re paranoid about rattlesnakes, leaving your hand-held on the ground with an earpiece plugged in can result in a momentary need to change trousers when the squelch opens and makes a rattling sound! 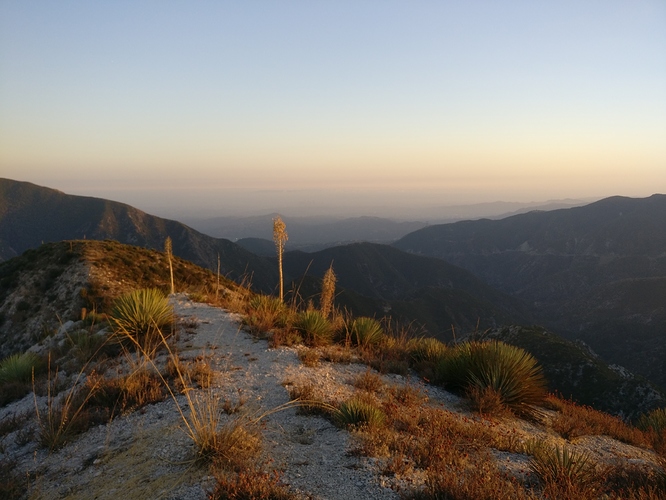 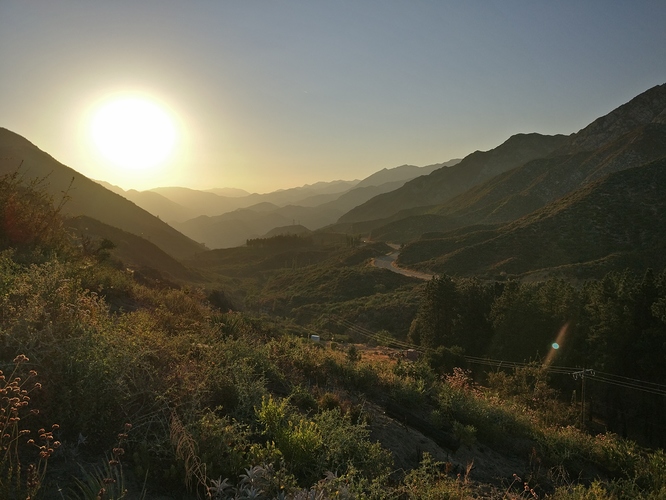 Glad to see you had a good activation on the Angeles Crest! 73! Hal n6jzt

Love the photos, wish I had been there with you.