We were not very convinced of the choice, due to the strong wind that was raging throughout the region. Once there, we decide to try the ascent, hoping to eventually find a sheltered place, or to go back downhill. 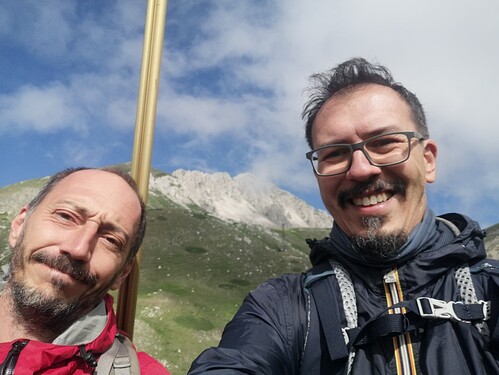 To get to the top, taking the normal route from the Sebastiani refuge there is a 400 m difference in height (for less than 2 km of walking), on a very steep path and at times between the rocks, where you must also help with your hands. A little because of my lack of athletic training, a little because of the wind that up to about 2000 m, sometimes even came against it and made the climb even more difficult, it took us about 1h30 'to get to the top. 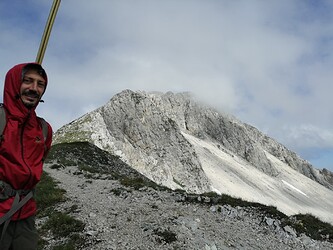 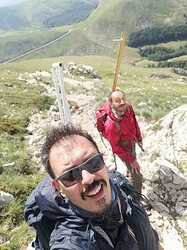 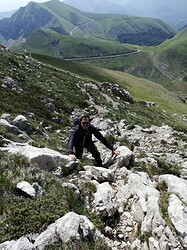 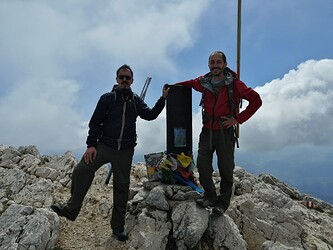 We look for a position with little exposure, although fortunately the wind has calmed down, and we place the fishing rod as a support for the antenna. The first approach is with the self-built dipole (with coaxial cable) for 50 MHz. Andrea between calls and frequency turns puts a Log 6 QSO, then since it’s done time for lunch we decide to stop for something to eat. 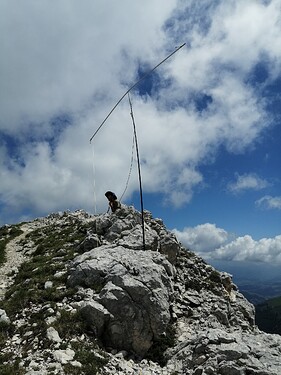 After lunch we try a change of antenna, laying out two pieces of wire as best as possible, connected to the 9: 1 transformer connected to the tuner and I try to make some calls in HF. I too can validate the activation with the minimum number of connections, but with a couple of particular QSOs. The first QSO was an S2S with IE8HIB which activated the reference EI / IE-019, while the last was connected with IK0PHY for the first time and with which I share the suffix of the callsign “PHY”. 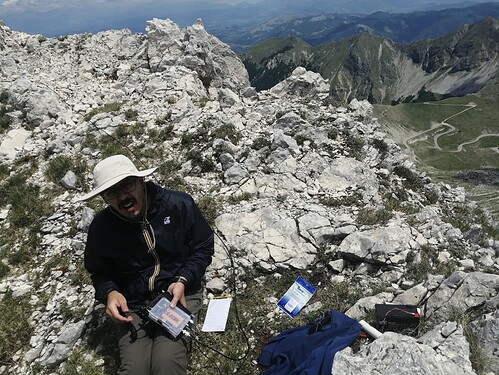 At 3pm local time, after my fourth connection, seeing that the temperature was starting to drop because the sun was covered by clouds and a difficult descent was waiting for us, we decided to start dismantling everything and preparing the backpacks to go back to the valley.

Back at the Sebastiani refuge, we are satisfied with the day and in front of a good beer we begin to think about the next activation.

I created a short video of the activation: SOTA - Monte Terminillo - I/LZ-305 - YouTube