Just a brief note on my activation of SB008 today.

This was my first attempt at using HF on a SOTA activation, so something of an experiment for me. Chosen band was 5MHz, simply because I had a spare length of flexiweave, 15m long!!

Set up was my ‘landing net pole’, of about 10ft, with the wire sloping to the ground, tuned by an MFJ-902. Using my FT817, with external 12v battery pack… so I suspect I was putting out about 4 watts.

Conditions were strange to say the least, and although the antenna was far from ideal, I suspect the conditions were causing the deep QSB…and signal ‘drop outs’. Next time I intend to use a dipole (inverted V)…any advice on 5MHz antennas gratefully accepted…

Contacts were (on 5MHz)

2m SSB:- G0EOY, Stewart, ‘local’ at Throckley, then I called for half an hour and that was it.

Overall pretty quiet, and not the pile up I expected on 5MHz

The Weather was interesting…it appeared to be ‘chucking it down’, south of us Tyne Valley, and South Northumberland, and the same to the North - Cheviot looking very damp, dark and evil. However we had a very pleasant 3 hours on the summit, cloudy, but no rain, and quite hot when the sun came out. We must have had the only decent band of weather in the area.

Many thanks to all who contacted me, and especially thanks for their patience with 5MHz!!

All in all a very nice afternoon out

There’s been lots of discussion in the past Rob. Searching the reflector posts would be a good start. A dipole with links to alter the lengths of legs is the simplest multi-band antenna. You could make one that covers 10m to 80m easily. The formulas are all over the net. John GW4BVE put the info into his Flickr photostream. If you copy that exactly it will not need tuning/tweaking.

The alternative is to use a doublet with a balanced feeder and a small tuner. LDG do a tiny light weight tuner that a few activators use. This gives greater flexibility on frequency choice. However, there’s more to carry and more to possibly go wrong. In theory, the tuner will be more lossy than a resonant dipole which is worth considering if you are QRP. Of course in practice this hasn’t stopped tuner users have thousands of contacts from the summits!

One problem with using a dipole on 80 metres is that it has a surprisingly small bandwidth, about 80 kHz between the 2:1 SWR points. This is a problem because there seems to be two populations of activators on 80 metres, the larger group use phone on about 3.666 and the smaller group about 3.725, an antenna optimised for the one frequency will be so far out of tune on the other that modern rigs will probably shut down to protect the PAs. A further complication is that some CW takes place near the bottom of the band. It would be possible to lengthen or shorten the antenna to suite the segment you are operating in but this can be fiddly on a hill top, particularly if you have to hop around quickly to secure an S-S contact.

The doublet eliminates the need to mess about with the antenna at the cost of having to carry another item of gear, the tuner, but it also gives all band capability. A Z-match is a particularly useful tuner for this as it doesn’t involve bandswitching. Another answer which I have used successfully is the W3EDP antenna, which involves a 25.6 metre long wire (I use this in inverted V form) a simple link-coupled tuner and a short counterpoise.

All these options work, you pays your money and you takes your choice!

In reply to G8ADD:
Thanks for the info…
I’ll probably go with a resonant dipole - less to carry!!
It’ll probably be based on the design in Augusts Radcom, as it’ll be easy to adjust to 80m.
Will do some testing during the week, and hope to try it next week, as I’m away in the Scottish Borders for a few days. Hope to Activate White Coombe, and possibly The Wiss

It’ll probably be based on the design in Augusts Radcom, as it’ll be easy to
adjust to 80m.

I’ve just found the online version on G4YTD’s website. An positive observation is that that looks tediously heavy. Swap the RG58 for RG174 for a start.

There’s nothing magic about the dimensions of John’s antenna other than it is repeatably accurate. John’s dimensions can be seen at: 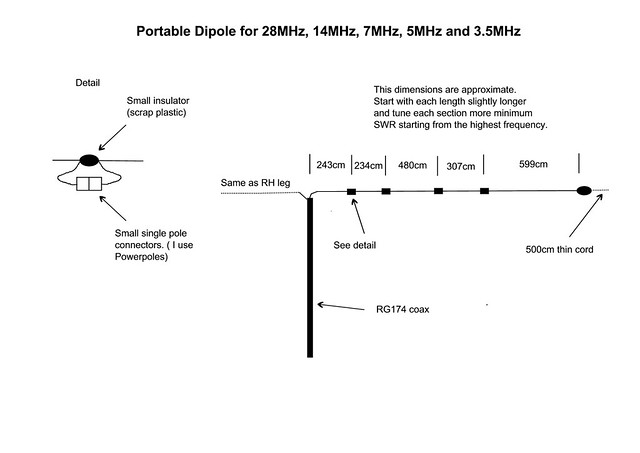 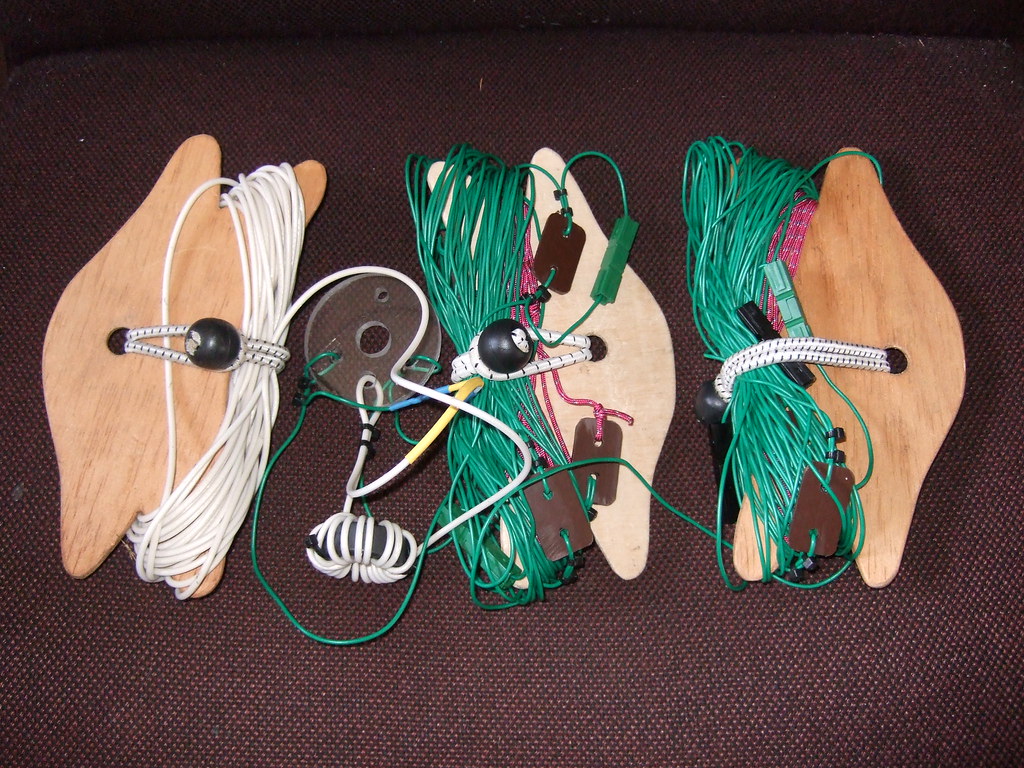 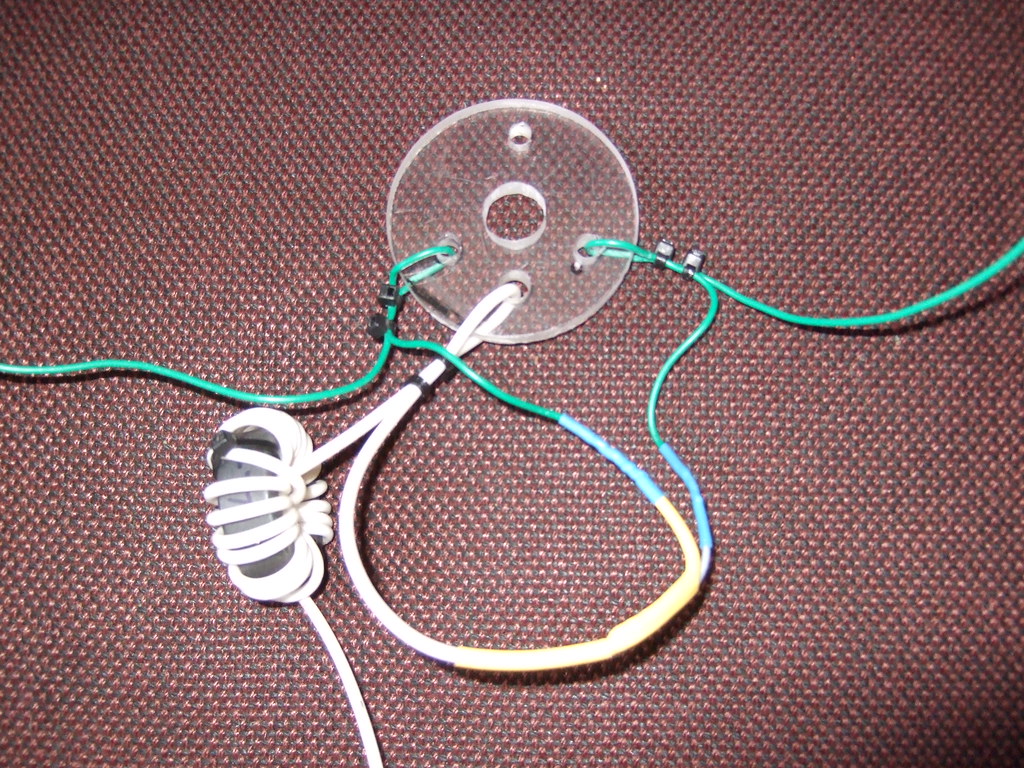 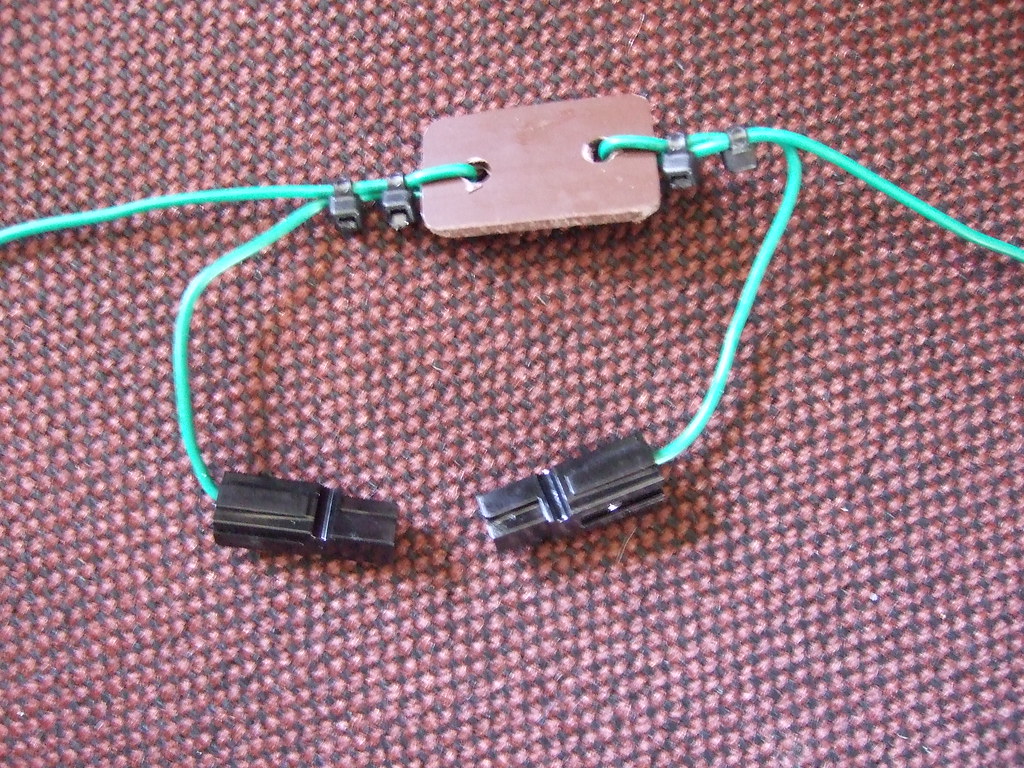 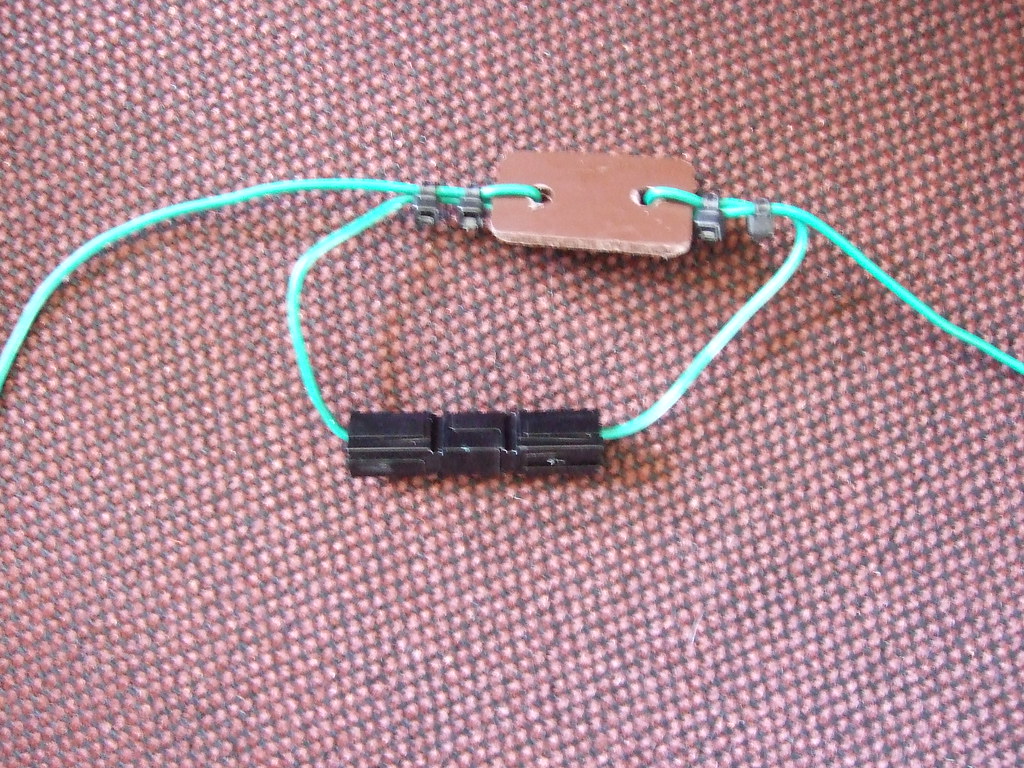 In reply to MM0FMF:
Hi Andy,
Many thanks for the link, I may well give this a go. Have already made the feed point, as per Radcom, and could use that with Johns design.

I always carry too much gear…never even thought about lighter coax!!