SOTA went live in March 2002, a few months afterwards, in July, there was a QRP gathering in Maine, USA, called Lobstercon. I don’t know all of the details, but somebody thought up of an idea to have a QRPp CW rig which would be able to communicate across the convention site. Dave Benson, K1SWL, came up with the RockMite design. The RockMite, so called because it was crystal controlled (‘rock’ and small ‘mite’), was given away as an attendance gift to all Lobstercon 2002 attendees. Apparently the RockMite was dubbed the ‘wireless code practice oscillator’.

Word soon got out about the rig and Dave started selling kits. It didn’t take long to establish that the RockMite was capable of much more than just wireless code practice across a convention campsite!

I built my first RockMite kit in 2007, I bought it direct from Dave, K1SWL, in New Hampshire, USA. I enjoyed building the kit but my Morse wasn’t really up to standard at that point. In 2011 I plucked up enough courage to try for my first CW contact with the RockMite whilst activating Ingleborough, G/NP-005. I remember a discussion on the old SOTA reflector suggesting that a RockMite would be worse than useless for a SOTA activation. 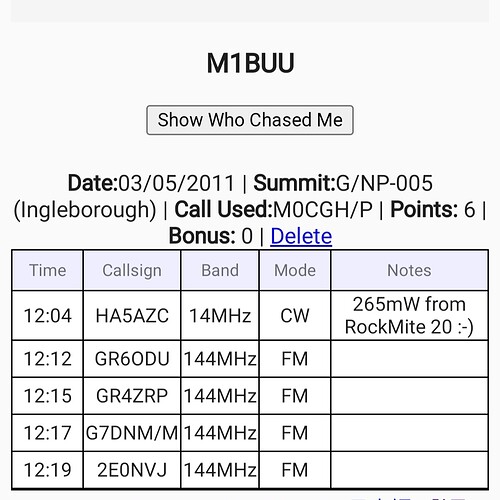 Then, along came the challenge put forward by Kjell, LA1KHA, and Åge, LA1ENA. The challenge was to find out how many QSOs would be possible on a standard alkaline 9v battery. The challenge was very interesting to me as I love building stuff, so I decided to build a Manhattan style RockMite with some minor modifications to improve the current consumption. 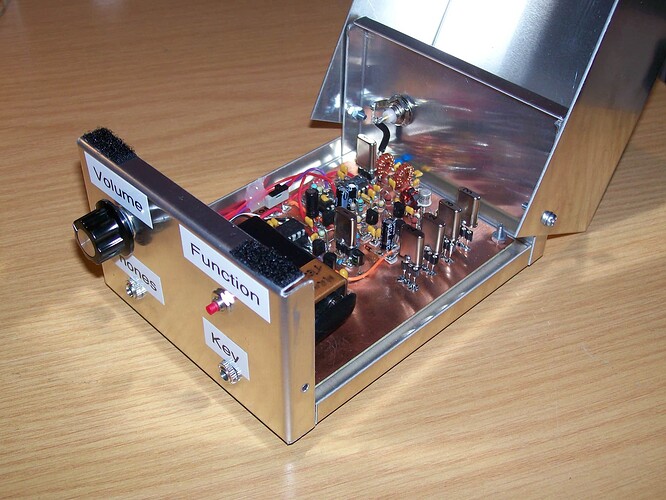 I credit the LA1KHA Challenge with getting my Morse to a standard where I could use it for SOTA QSOs. Kjell, LA1KHA and Åge LA1ENA were both using RockMites to take part in the challenge.

Unfortunately the challenge fizzled out because the batteries were lasting too long! One 9v battery in the hands of a CW master could last for literally hundreds of QSOs! I struggled to find the time to devote to enough SOTA activations for the challenge, but my confidence with CW improved enough to support my transition to a better CW rig- the KD1JV Mountain Topper - but that’s another story.

Eric, KU6J (sk), added the final magic ingredient by creating RBNgate. With RBNgate, activating with small CW rigs like the RockMite became much, much easier. The chaser was now armed with all the information needed to tease a tiny QRPp signal out of the noise. The RockMite had become a viable rig for SOTA activating.

Over the years I’ve added to my RockMite collection - yesterday I had a count up as I genuinely didn’t know how many I had. I counted 18 RockMites!

The RockMite has given me so much pleasure and was also my gateway drug into CW SOTA activating. I felt that it was/is fitting to mark the 20th Anniversary of the creation on the RockMite design by putting some on air.

My son had a college transition day today and I was tasked with providing transport. College is about ¾ hours away, so it didn’t make sense to drive back home and then back again, as my son was attending for 3 hours only. It was my wife who suggested that I should do a SOTA activation. As it happens, the start for Sharp Haw G/NP-029 is literally 5 minutes by car away from my son’s college. 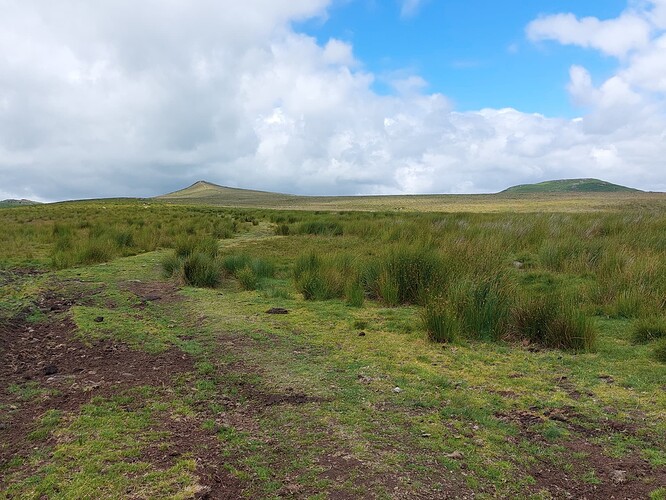 I decided to pack four RockMites, one each for 40, 30, 20 and 17m. The 17m RockMite is the latest QRPme version and was untried before today. 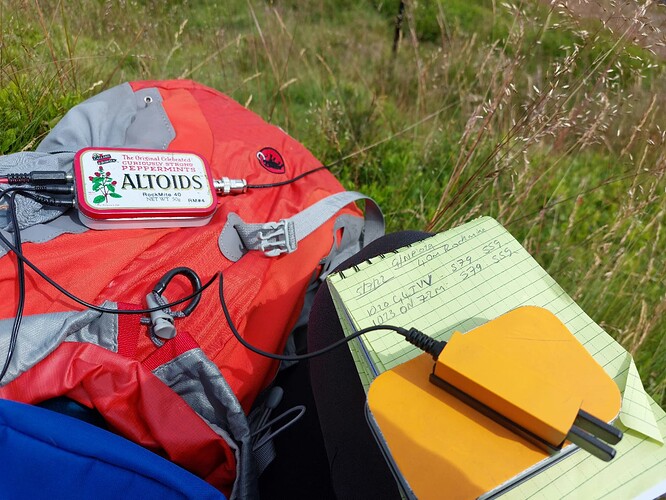 I intended to move on to 30m next, but I found the ‘channel’ already in use and switching to the other ‘channel’ didn’t improve things much. I decided to skip 30m for now and go on to 20m.

The 20m RockMite I used was built by my son quite a number of years ago and he did a very good job of building it. Another 4 QSOs were added to the tally. 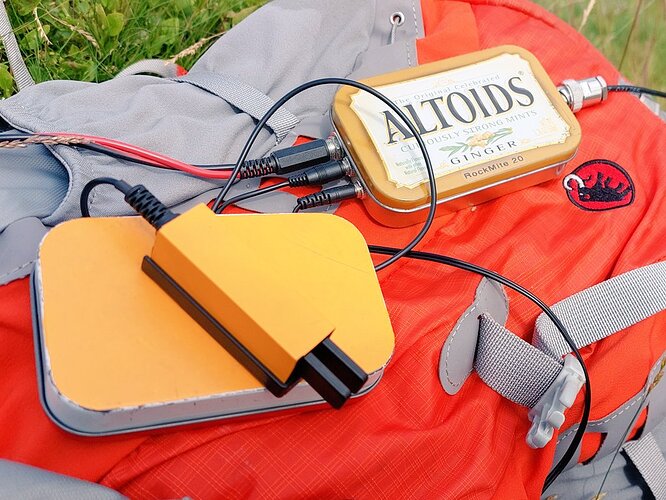 Next up I plugged in the new 17m RockMite][. I was called by Kostas SV2HJW but unfortunately despite trying many times, I couldn’t establish contact. After some more CQs, I was pleased add 2 more QSOs to my RockMite 20th Anniversary log. 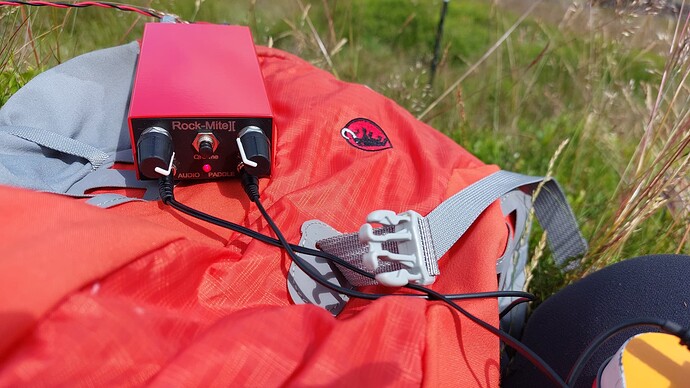 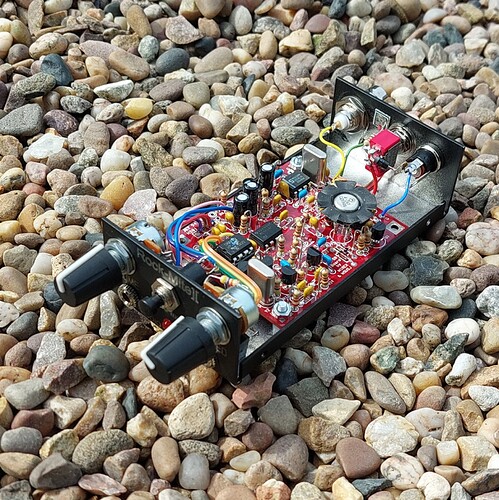 Finally I revisted 30m and thankfully the channel was quiet enough to use (you can never be 100% sure of a free channel as the receiver is about 10kHz wide or feels like it!). I added 3 QSOs on 30m to the log, bringing the RockMite QSO total up to 12. 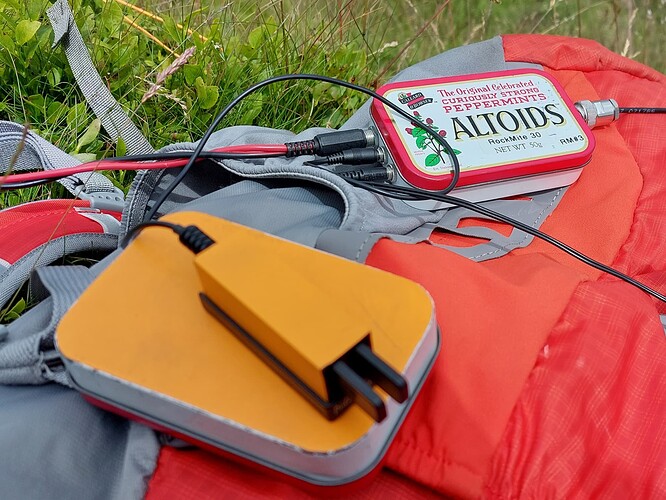 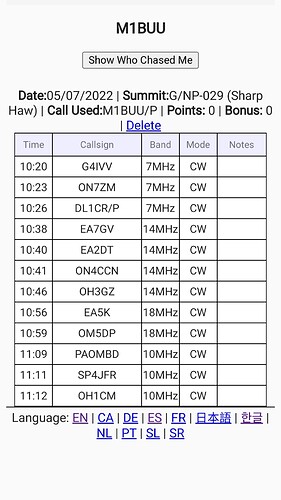 I overstayed a little bit, meaning that I had to pack up quickly and run back to the car! I reached my son’s college with 5 minutes to spare and picked my son up on time.

I think I will end by expressing my thanks to Dave, @K1SWL for creating such a wonderful and fun design!

Your Rockmite story and the 9v battery challenge is something I have read about here and the results people got were quite impressive. Something that is a good candidate for adding to my personal challenge list.

I’m hoping your RockMite addiction is less expensive than my Land Rover addiction!

Well done! A great report, and educational too.

Ha! I think both addictions are probably on a par!

The MV1662 diode is now pretty much unobtainium, I have two left.

To buy some NOS would cost $$

The MVAM109 is a fair substitute for the MV1662 but again, stocks of them are getting low. I’m down to my last MVAM109, having pretty much bought the last of GQRP’s stock.

The good news is that the 1SV149 can be made to work and there seems to be plenty to be had for not much cash via ebay from China.

The mixer chips are another high cost item, the original RockMite uses an SMT chip, which isn’t too bad to find, but seems costly, whilst, ironically, the newer RockMite from QRPme uses a DIL chip to promote easier assembly. The DIL mixer NE/SA 602/612 is getting to be a rare expensive part, but fortunately I seem to be sitting on the world’s remaining stock.

The PIC is a 12C508, which is a ‘one time program’ (OTP) device, so you’ve got one shot to get it right! There is a Flash version, 12F508, which seems to be much more commonly available, and can be programmed more than once if needed. The QRPme RockMite uses a different PIC and the .hex code is not in the public domain.

It was pointed out by Colin, M1BUU, that the Rockmite was introduced at Lobstercon2002! exactly 20 years ago. I have cooked up something for the occasion. If you are a registered attendee and can show me YOUR Rockmite, I’ll hand you a FREE QRPme Rockmite Paddles kit to build AT Lobstercon. No takezies-homezies if you don’t build it AT Lobstercon!! I will have some Rockmite kits for sale so if you don’t own one now, you could own one AT Lobstercon when I’m handing out paddle kits… Further, If you are going to partake of this freebie, I need to know in advance because I will include a custom laser engraved maple base with you name and callsign with the kit. So I need to know ahead of time who I need to make bases for…ASAP! If you are not a Rockmite owner, show me any QRP, QRPP assembled kit and I will hand you a custom engraved straight key kit to build AT Lobstercon. Again, get back to me with name & call so I can get my laser burning! Lets have some Rockmite activity at Lobstercon2022! to commemorate 20 years of Rockmites. Send confirming key emails to tunacankits@gmail.com and put KEY in the subject line…

Somehow I am also fascinated by these self-buildable, small devices with manageable technology (without IC).

It has something original and pristine about it. Success in operation with such devices is not a matter of course… and just that creates its own kind of satisfaction when succeeding.

I can absolutely understand your fascination.

I have to admit that the Rock-Mite bug from K1SWL got me too in 2002, so I built about a dozen of these to experiment with.

Because I also built an Elecraft K1 (80-15m, internal ATU and battery) in 2002, after building an Elecraft K2, this K1 then became my dedicated QRP radio - unfortunately, from the point of view of my Rock-Mites … 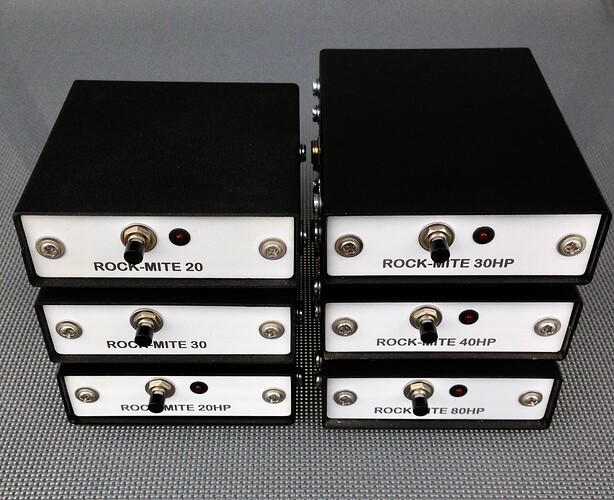 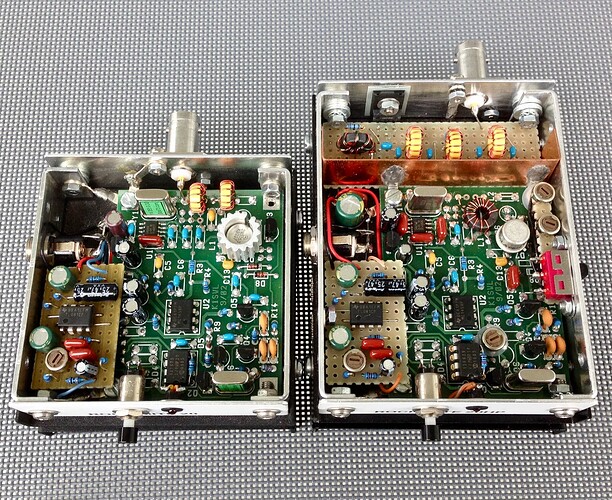 Something about the RockMite just grabbed me. I haven’t done any QSOs on anything more simple although I do own some pixie type rigs, like the QRPme Sea Sprite, QRPme Lil’ Squall and FOXX3.

When you comment on posts about QRP rigs, I’m reminded that I need to build my KD1JV Paraset kit! I think it is related to a MAS design. The paraset is getting further up my ‘to do’ list, so hopefully I’ll build it soon.

Over the years I’ve added to my RockMite collection - yesterday I had a count up as I genuinely didn’t know how many I had. I counted 18 RockMites!

Currently there is a discussion about G.A.S. on QRP-Forum (sorry, only in German).

I don’t think I have G.A.S., I think it’s something else.

I like building a new rig and scoring the first QSO. Many of my radios just sit in boxes. Maybe I should sell some? 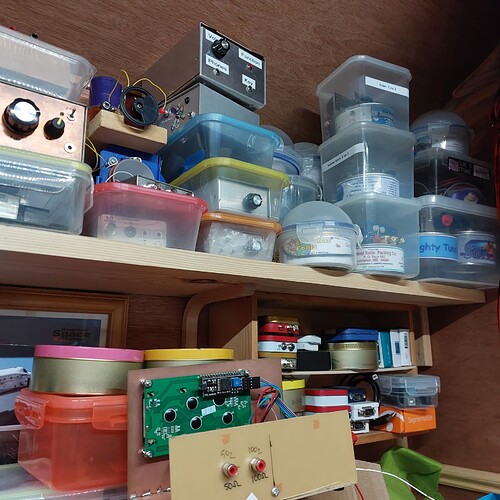 I definitely have some kind of radio illness though!

Maybe I should sell some?

I guess not. You need only a small place to store them. That’s the advantage of QRP.

Maybe I should sell some?

Now go and give yourself a good talking to… and if that fails, speak to Paul G4MD. He’s got a loft full of kit and is an absolute expert at not selling radios.