After my failed activation of LA/TM-001 earlier, today I took revenge and did what probably has become my nicest activation so far, this time on LA/SF-229. Weather was superb, and after a bit of online searching I found out it would be a 1 hr hike to the summit from the upper station of the Loen Skylift so opted to do that. I drove to the skylift “in style” using an electric Twizy that could be rented at the campsite. That was a lot of fun, and I had yet to start the activation! 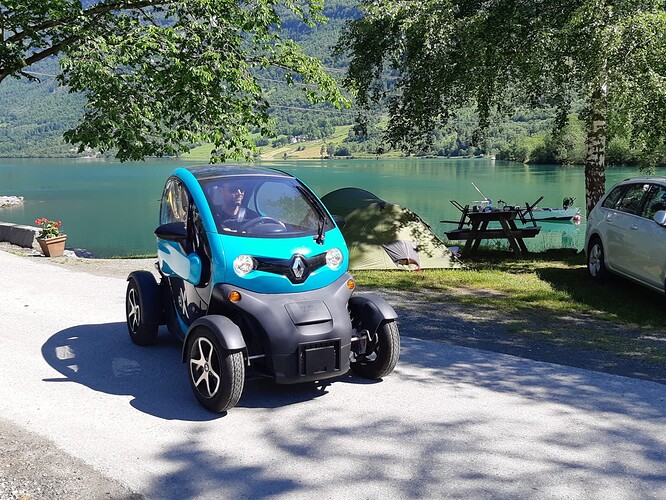 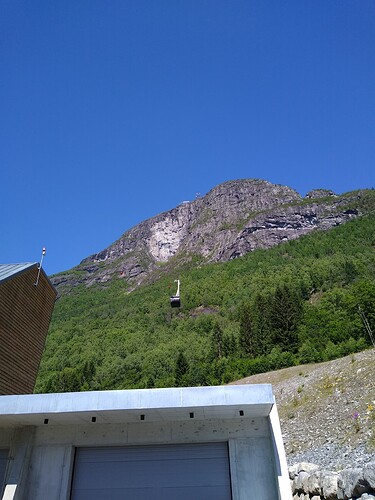 After arriving at the upper skylift station, I started the 2.7 km hike to the summit. There were not many other hikers, and the views on the way up were stunning. There were several large patches of snow that had to be traversed, but in general the hike was not too difficult. This time I paid attention to only packing the bare necessities, which resulted in a much lighter pack compared to the earlier failed activation of LA/TM-001. After exactly 1 hr I reached the summit together with 2 girls, who quickly went down again after which I had the summit all to myself. I setup my spirit of air 4.5 m pole and 10m end fed wire + 1:9 UNUN as well as the KX3. Lots of callers on 20m, and even made 2 S2S contacts, thanks @F5LKW and @HB9CLT !
Also tried 20 m SSB which yielded a few more contacts, and some on 30m. No responses to my CQ on 40m, despite being spotted by the RBN. Mobile phone coverage on the summit was patchy but did work fine on the way up. Apologies to some callers on 30m, as I had to explain SOTA to another hiker who had reached the summit.

After 1 hr, I packed up and took a few photos of the scenery. I then discovered that the sole of my left hiking boot had come off! I quickly did an improvised fix using a rubber band that I used to keep the antenna wires on the winder, and it lasted throughout the descent. The descent was a bit tricky at times through the snow patches but generally ok. 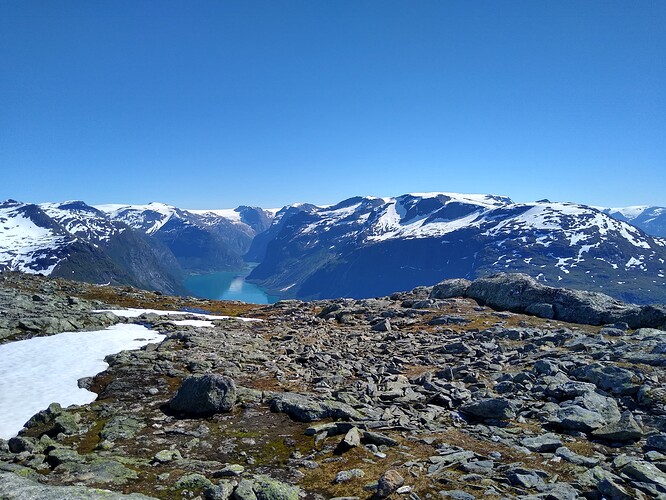 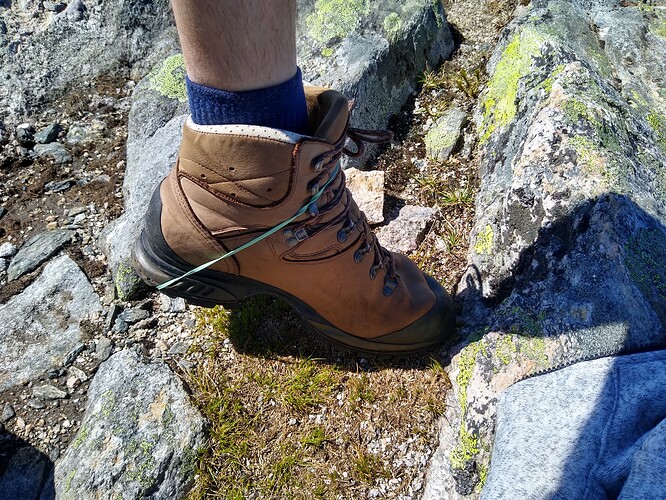 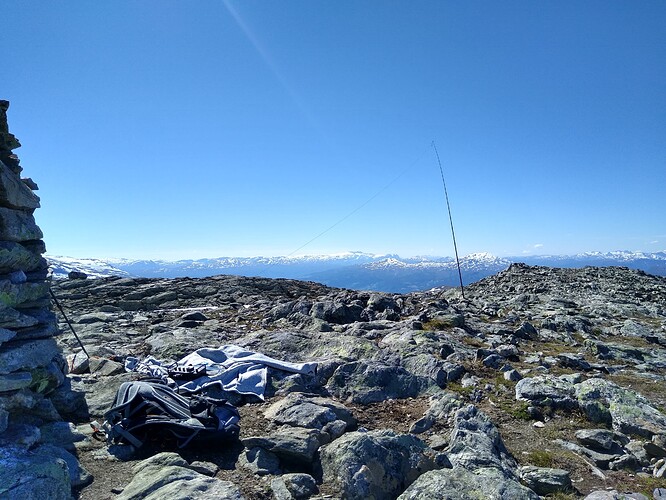 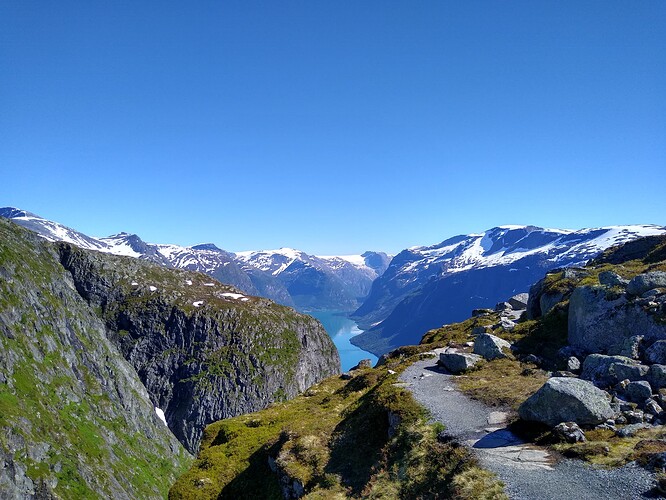 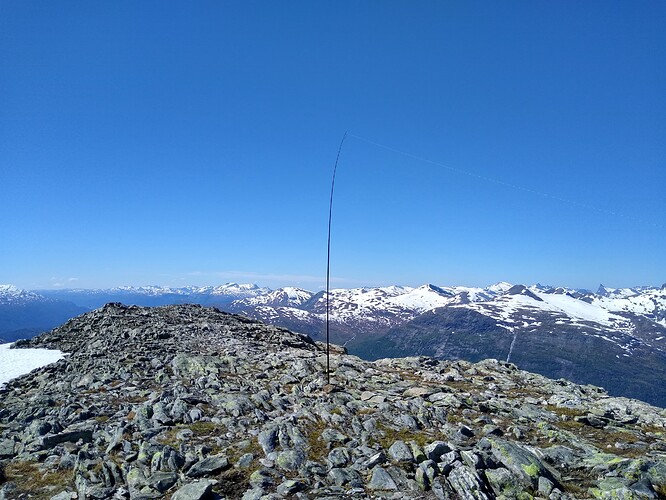 Thanks to everyone who responded, and sorry for my rusty CW, should practice more hi!