Well, is it now time to retire from SOTA? It is a few years now and after good service should I retire … my LiPo battery? 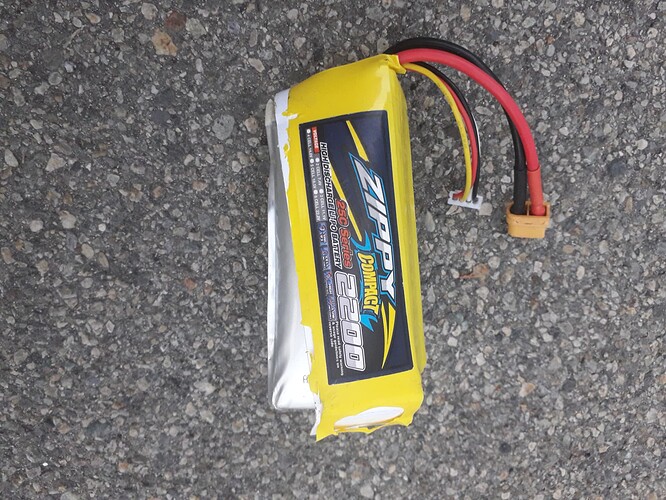 BTW it still works, although like the owner it is a bit bloated and of doubtful structural integrity. It has been very warm out here in Austria! 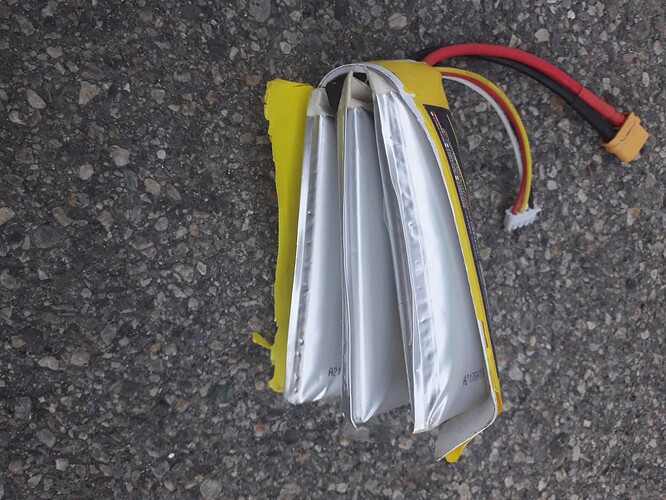 Order yourself one of these 4A LiFePo batteries whilst you are out there in Germany/Austrai Colwyn and bring it back with you. I’m happy with mine and there are lots of happy SOTA users.

That is great you took the LiPo’s that far. I have always wondered what their end state is when they puff up so much. Good graphic evidence. I am usually working with new ones by the time mine bloat up that much.
Cap, W0CCA

Colwyn,
Have you considered duct tape?

My first 4S1P LIFEPO4 ended up looking like that. It was twice its original width. All cells still charged up normally, though one seemed to charge quicker than others and was I think, the one that let the pack down. I think I neglected to set the charger to Balance when I first owned it, possibly for the first year of recharging it. Needless to say, its replacement has been charged on Balanced mode and has yet to bulge at all. I was told by a local that the bulge is gas and was harmless. I have no idea whether that’s true. I recycled the puffed up battery at a battery shop in Canberra.

Personally I’m always scared of LiPo batteries, YouTube is full of videos showing how they can easily explode in these conditions. The swelling is due to the gases that are generated internally, and it takes very little to make the package “pierce”, which if it takes air explodes.
The most serious issue, on which in my opinion there is little to joke, is that the explosion of a battery of that type, especially if in those conditions, during a SOTA activation could trigger a fire in the surrounding vegetation.

It would be prudent to replace the batteries as they are past their prime.

Now what gases are there in the casing? Your advisor is correct Andrew. Nothing too serious.

It seems breakdown of the carbon electrodes plus reaction with internal oxygen and hydrogen produces some ethylene, which is used in agricultural storehouses as it ripens fruit quickly, but mostly its carbon dioxide and carbon monoxide. The latter should not be a problem if released in small quantities in the open air.

If I were unable to replace these batteries and really had to do an activation I would carefully (protective gear on) puncture the inflated cells enclosing membrane. Otherwise taking them to altitude could result in ruptures.

After allowing for deflation I would charge with a smart charger.

The battery capacity will be down due to lost chemicals and cathode/anode area but it will hold charge. Once the outer membrane is breached to release gas other corrosive material may excrete itself with more serious consequences.

EDIT. The lithium metal in the battery will react vigorously with water, releasing hydrogen that will on mixing with air explode when the temperature of the lithium water reaction is high enough. If a short occurs the stored electrical energy is dumped, rapidly raising local temperatures dramatically.

This is free advice with the usual caveats.

As per the last sentence of my post, I recycled them at a battery shop (in about 2016).

Not just me then!

That is what happens when you have overcharged it! I wouldn’t even try using it or charging it again because it will most probably go up in flames! Actually, that is the same thing that happens when you charge up a smartphone/tablet when the battery is empty but try to still use it!

Buy yourself a LifePo4 they are much safer

Maybe it was exposure to high temperatures. Batteries are a bunch of chemicals that will self destruct slowly due to tiny impurities causing local corrosion cells. Chemical reactions increase exponentially with temperature so if the cells were inadvertantly made hot in the Sun, gassing could occur.

Overcharging is probably the more common cause of puffed batteries especially in Europe although the latest weather could have had a lot of batteries puffing up.

Whatever, new batteries would look more respectable and have more capacity.

go up in flames!

Bloke at the local radio club was showing off his pictures of the structural damage and skips full of charred and water damaged stuff after one of his RC model batteries did that. Moral? Don’t charge your LiPos in an upstairs room while you’re having dinner downstairs. By the time he knew there was a fire it was “get everyone out and dial 999” time…

I was also going to suggest duct tape, or some bigger heatshrink

Although it works, I cant imagine it works as well as it used to given something’s reacted to make it puff up.

I have ft818 and always take 2 or ewen 3 sets of batteries with me. So, I am not powerless if something happens. I have spare. Always use bms. It gives you some kind of protection and safety.

Would you play with damaged grenade? This is grenade. Just waiting something bad to happen

The RC community give their batteries a belting with high discharge rates. Usually they charge at a very fast rate too. If they aren’t using a smart charger then they will eventually have a kaboom. Their usage is extreme and not like ours.

You can buy an explosion resistant bag to keep the battery in if you think there is an explosion risk. If I were an RC hobbyist I’d certainly use one for fast charging.

If there is no mechanical damage inflicted or excessive charge or discharging rates and the charger has an appropriate voltage limit then you and your battery should enjoy hundreds of activations together.

The rate of fires in crashes of Tesla cars is much less than the same for petrol powered cars. That indicates the lithium batteries are not a particular hazard In crashes involving a Tesla and a conventional car where there is a fire most of the fires are said to be started by spilled petrol.

Of course having a fire hose pump water over a damaged battery bank isn’t wise.

Lithium batteries are not bombs and if properly used are benign. You can misuse almost anything and make it a death hazard.

Yeah, he admitted he gave his batteries a fairly hard time, and that he’d been charging the battery in a bad place (his upstairs mancave, full of radio and aero modelling stuff), but he also described just how rapidly after the pop of the battery exploding the fire had developed, and that was the scary bit. He rescued very little from the house. After the reconstruction he’d set up an outdoor charging station with very little around it that could burn.

That baloon like battery is a bomb. One can say no but it is. 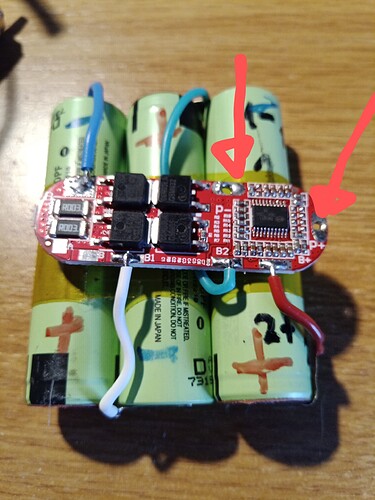 Oooh! If you know of duct tape that will constrain that lot then let me know, I could use some.

Like most things modern, the duct tape you can buy now doesn’t seem to be anywhere near as good as the old stuff was for making restraints etc.

I don’t care how many times I show this, this is what happens when a LIPO is overcharged