Full report further down this thread

Mo and I will be doing a mini-backpacking trip, setting off tomorrow afternoon. All part of her re-hab. After a camp in the Lairig Ghru, we plan to knock off the three Munros of Devils Point, Angels Peak and of course the big one in the middle - Cairn Toul GM/ES-003.

I’d like to qualify this ten pointer on 2m FM, however after failing miserably at this a couple of weeks ago on neighbouring 10 pointer, Beinn Bhrotain GM/ES-007, (despite working stations in Edinburgh and Fife) I thought I’d better post on here, twitter and facebook in order to drum up some support.

I’ve worked the Lakes, Cheviot, NE England, Cumbria, West Coast, Dundee, Edinburgh etc from nearby peaks. It is Britains fourth highest mountain at 1291m, so has a great take off.

73 and looking forward to a pile-up & summit to summits!

I’ll try and find a high up summit, maybe ‘Cadair Berwyn’ GW/NW-012 which is only 40 minutes up the road from me to maybe get a S2S on 2m FM with you

Send our regards to Mo, she is really doing well after her back surgery!

Due to be on the Cabrach at that time, although not up a hill. I’ll take the handie and the wee 2m Yagi with me and give it a go. Looks like a fine day for it. Enjoy.

Ok, I’ll bring my yagi in that case!

Look forward to a “local” QSO Mike. Sadly lacking most of the time.

Friday 8th July 2022
We set off from the Linn of Dee car park - the gateway to the Cairngorms - at around 1800 BST, planning to hike for around three hours and 8 miles to the bottom of the Lairig Ghru, Britains highest mountain pass. Mo was carrying a 35l pack and I had a 45 litre one. 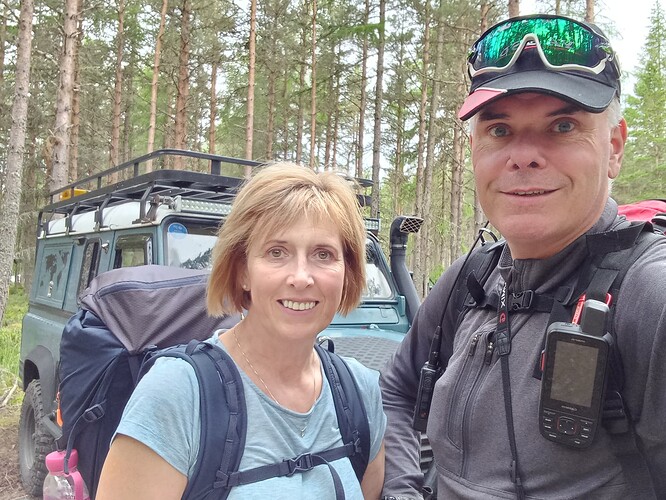 After 90 minutes Mo was begining to struggle with the heavy load. Camping spots are few and far between between Derry Lodge and the Lairig Ghru, but I hoped we’d find something in the trees that grow around the Luibeg burn crossing point. Sure enough, there was a flat area with enough room for our tent, on a nice bed of soft pine needles.

The tent is a Terra Nova Laser Competition 2. I bought it in 2017, which coincided with the beginning of Mo’s back issues, so it has never been used. It’s super light (1200g) and goes up quickly, inner and outer together, well at least it did in the garden last weekend… 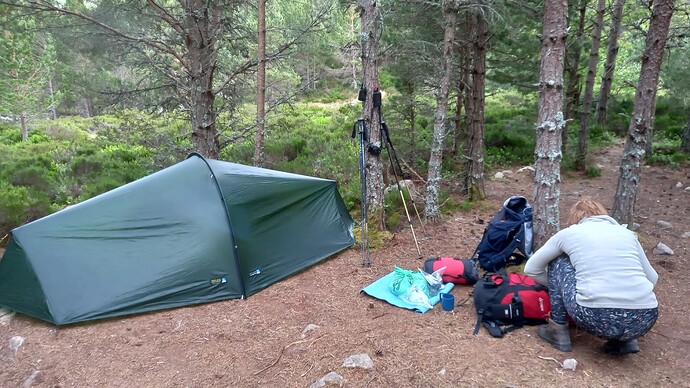 I knew we were in for a cosy night when there wasn’t enough room for the camping mats to sit side by side without overlapping! 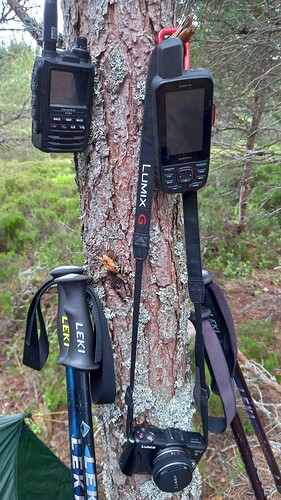 We’d eaten noodles before leaving the Land Rover, so had some snacks and then Mo produced half a bottle of red wine she’d decanted into a plastic bottle and hid amongst the food. This was followed by a dram of Lochnagar 12 year old.

Saturday 9th July 2022
We were up and away by 0730 BST, having stuffed ourselves with tea, coffee, porridge and breakfast bars beforehand. We still had an hour of last nights walk to do. There’s no Internet in those glens and I was keen to keep to some kind of schedule, given that I’d alerted the world to drum up some 2m activity.

It probably made sense to camp where we did, in retrospect. Mo was now walking without a pack and mine was considerably lighter, so we made good pace around the base of Carn a’Mhaim and into the pass. 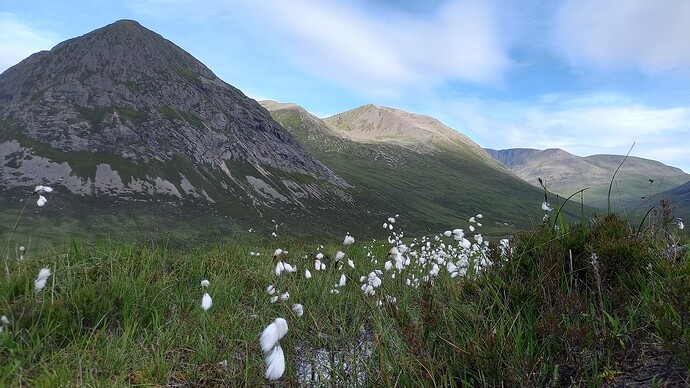 We dropped down to the valley floor, crossed the Dee via a 1951 vintage bridge, passed the Corrour bothy, with numerous tents scattered around, and then commenced the ascent of Devils Point, our first (non-SOTA) Munro of the day. 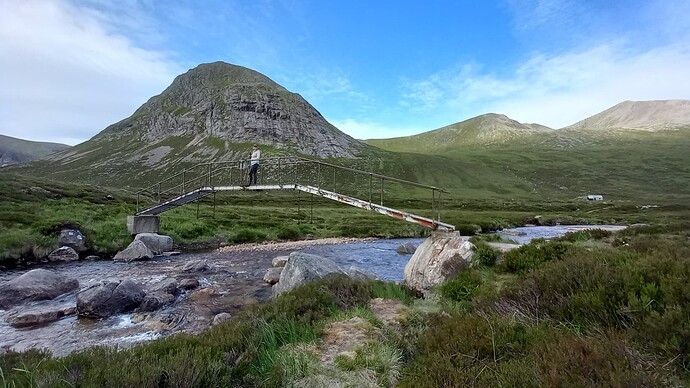 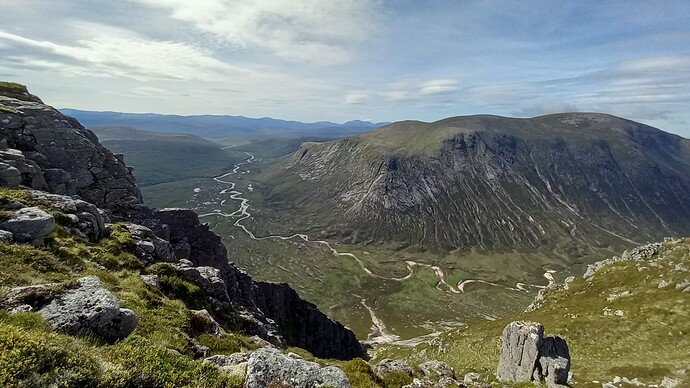 We topped out around 1000. Devils Point is lower than the surrounding peaks, but the clear views to the south are awesome, so well worth the diversion.

What was also clear was the way ahead. We’d drop back to a col, ascend a 1213m top, drop a little and then follow the rocky edge up to Cairn Toul 1291m.

Things went to plan, smoothly even, bar the terrain. Cairn Toul’s summit slopes were a jumble of boulders with short sections of path here and there. Even the level summit area was rough. 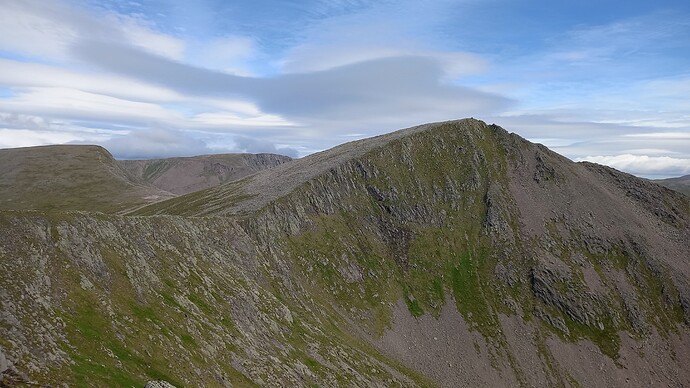 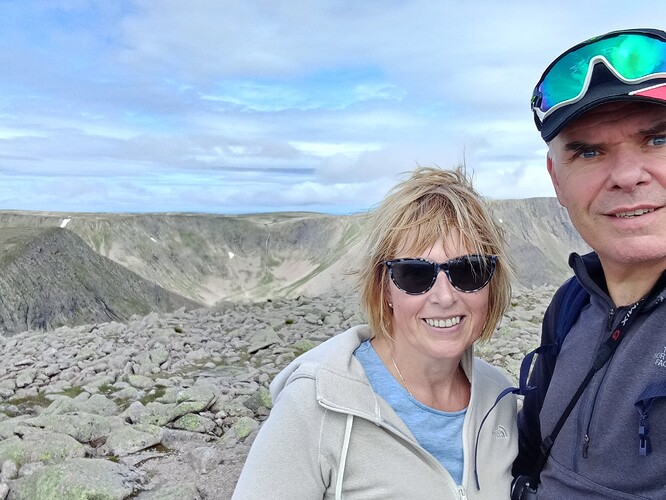 Finding out we had the place to ourselves, I set about organising my simple station directly at the summit cairn. A Carbon 6 mast, Yaesu ft-3d and slim-g antenna. The 2m vertical works perfectly well with the carbon mast as long as the mast is erected at an angle. 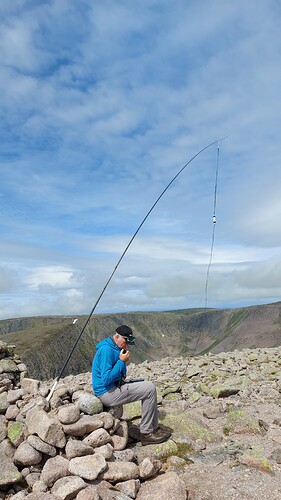 I was QRV at 1059z. Mike @MM7MWL/p came straight back to my first call! Sitting on a highpoint near Alford waiting in my call. An encouraging start. Then regular GM8PKL Brian in Edinburgh. Another two Edniburgh chasers, thanks to Ken and Christine @GM0AXY and @GM4YMM. Peter, the satellite king 2M0SQL was next, followed by @GM4COX Jack, who came on from his garden, 95 miles south and then Barry @GM4TOE from his home up in Banff. Barry said I was weak, barely readable and perhaps off frequency a little. Then I came up on the next over, so all good.

I had nine in the log and was delighted to have qualified the summit. I wanted a tenth, so went back to the calling channel. 2M0WTN Alistair answered my call - from the Far North in Wick - ODX at 100 miles. After that it dried up. I was happy with that. 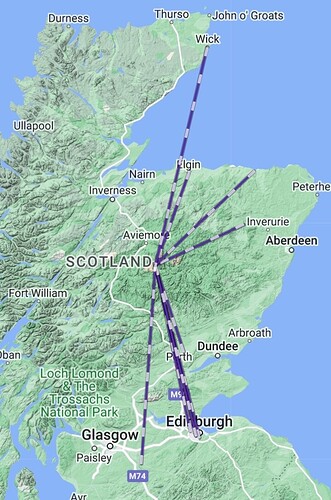 We had some lunch and admired the extensive views from our elevated position. The view into the wild Garbh Coire, with the falls of Dee spilling over the plateau edge, was particularly fine. Surely the most dramatic source of any UK river. We had planned on wandering over to Angels Peak, a nearby Munro, but Mo felt she’d done enough for one day, so that one will have to wait… 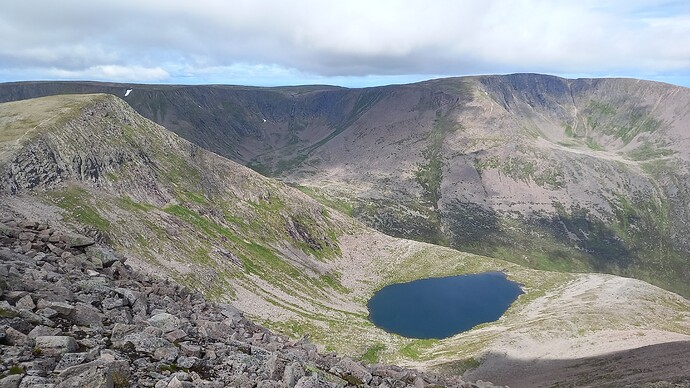 We headed back down at 1230 BST, following the same route. All the way back to the tent. 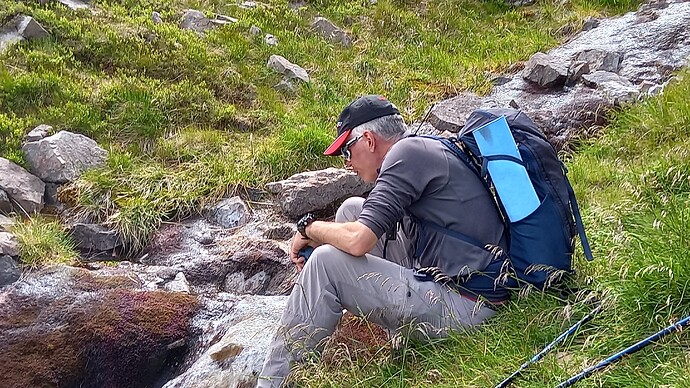 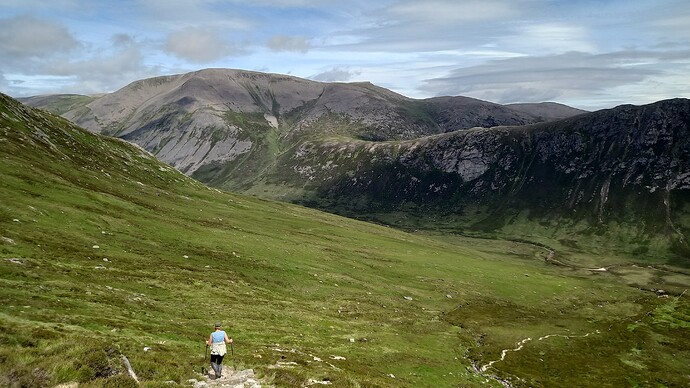 On returning to the tent, we spent half an hour packing up, drinking hot tea, eating sugary snacks and cooling our feet in the Luibeg burn. This gave us the necessary energy and motivation to get on with the final 5 miles of the hike, in what was becoming and increasingly warm afternoon. Eventually, we reached the car park, at 1800, exactly 24 hours after leaving it and 5 and a half hours after leaving the summit.

Summary
A great wee adventure , classic mountain scenery and great weather. A brilliant confidence boost for Mo and proof that she is well on the way to recovering from her back issues. By Sunday, the tired legs had eased and she was asking where we’re going next!

I was delighted to qualify the summit on 2m FM with room to spare. I put the QSO’s down to the following sources:

A slight disappointment not to have climbed Angels Peak, as I deliberately left that one out of my big hike last year, hoping I’d return this year with Mo. However, I am already looking forward to next year and an excuse to activate Cairn Toul again, but this time gaining it via the long airy scramble of Angels Peak’s North East ridge.

Excellent report of a great trip and typically splendid photographs. I popped up to the (non-SOTA) Suie Hill in my van to be sure of catching you, given the occasional scarcity of 2m contacts from NE Scotland summits, and was delighted to work you on schedule. Full marks to you, and to Mo. Onward, although you can’t go upward much further in the UK… 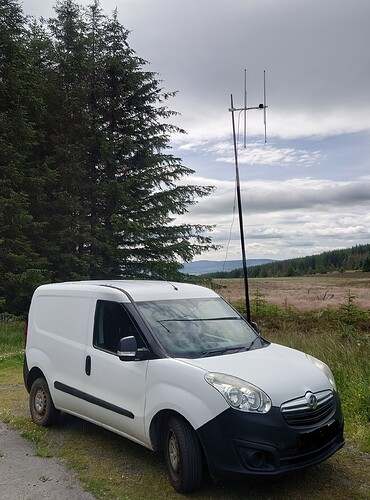 Brilliant, Fraser! Tnx fer fb report.
Of all amazing british scenery, GM sure is the most amazing.

). I could see you on the waterfall and had to shift frequency a few kHz to resolve the signal, but you were REALLY weak.

Thanks for the complete, I have been waiting a long time for that one.
Do you want a list of the ES summits I still need?

Do you want a list of the ES summits I still need?

Mike, thank you for going to the effort. I was delighted to hear your voice aafter my first CQ call. I hereby issue you an “I need a Chaser” Token. It’s yours to cash in when you need.

I knew we were in for a cosy night when there wasn’t enough room for the camping mats to sit side by side without overlapping!

Hmm, yes. I don’t think my XYL realises how cosy a 2 man tent can be for 2 people. She’s keen for us to try out our newly acquired Vango Meteor, but I think it will be a once only outing, even if we end up on a comfortable camp site. In the meantime, we will shortly be giving our 6 man beast an airing, which is 2.4 metres tall. It’s quite funny when it goes up and she can no longer hold onto it.

Well done both of you on the excellent outing… a brilliant achievement for Mo after all she’s been through. It’s over 50 years since I was on that summit. Maybe it’s time for a return visit?

It’s over 50 years since I was on that summit. Maybe it’s time for a return visit?

Do it while you can!

Do it while you can!

Retired, but time poor! Not sure what happened there.

Cracking report @MM0EFI Fraser as per normal. I’m liking the pictures, looks like you had a fantastic time!

In the one photo by the stream, I thought you were looking for your bottle top??

Well done Mo, that’s some achievement, I’m glad the back is recovering well

Look forward to reading about your next adventure!

Thanks Fraser. I promise to spend it wisely

As I’m not able to get onto the hills just now, I always enjoy chasing.to support those who are putting in the hard yards to reach the summits. Well impressed. Vy 73. Mike

Hi Fraser and Mo. Thanks for another great report with photos. That photo of you two in the first of the series (setting out) is a lovely photo. A great selfie.