I contacted Dave Benson, K1SWL, the guy behind Small Wonder Labs, who designed the SW+, DSW II and RockMite, amongst other popular designs, to tell him about the RockMite ][ that I built on the summit of Whernside G/NP-004. One thing lead to another and before long, I found myself in an email conversation about Dave’s new project. Dave has retired from designing and selling kits and he’s spending more time doing the fun stuff that he couldn’t do whilst running his kit business. Dave has designed an Arduino driven superhet CW transceiver intended for his own summer SOTA activations.

With immense gratitude, I was honoured when Dave offered to help me build a copy of his Hilltop 20 rig. Dave is not providing his project as a kit, and as far as I’m aware, he doesn’t intend to, although he has publicly shared the schematics.

The rig took me a few weeks to build; I had to source some of the parts from the US, it was amazing to follow the parcel tracking from despatch to delivery within a couple of days! Apart from tweaking the AF gain in the op-amp, the rig worked great straight away, I tested the un-housed PCB in my garden, working R1WAG with 559 reports both ways. 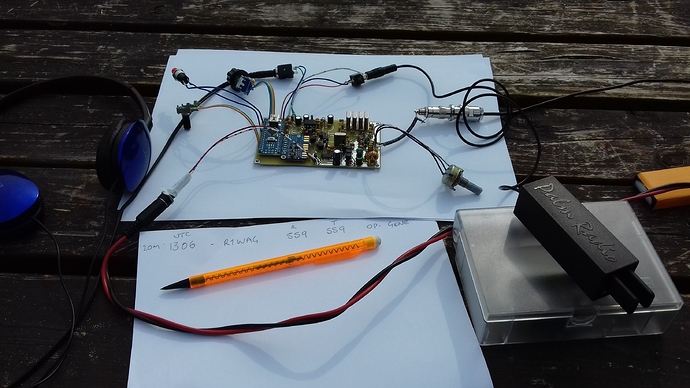 The PCB was designed to fit a Hammond plastic box, but I decided to make my own case instead in order to package the rig as neatly as possible. 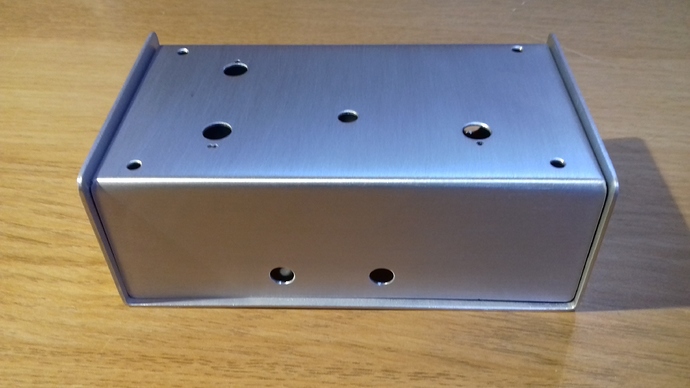 A trip to the local B&M store resulted in the purchase of two spray cans of blue paint for less than £6. I decided on a two tone paint job, I’m not sure if it works, or whether it just looks as though I didn’t have enough paint to do the rig all one colour! 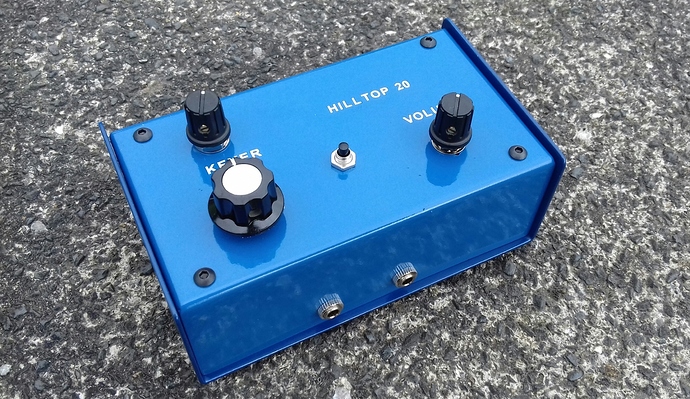 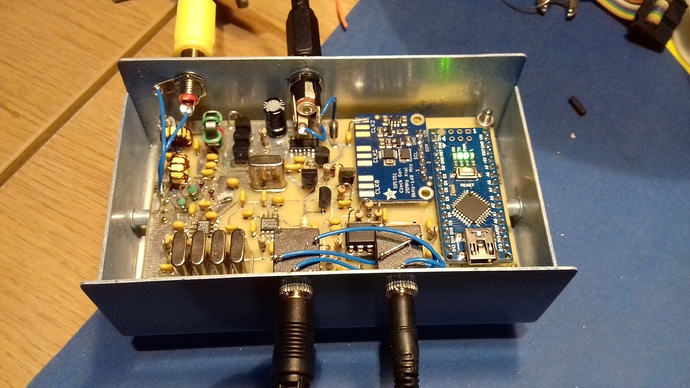 With the rig finished, it was time to do a SOTA activation to give it a real world test. My mum lives in Carlisle, so I decided to activate Red Screes G/LD-017 on the way to her house; I was staying overnight before heading to the Blackpool rally the next day.

20m sounded alarmingly quiet when I was having a tune around, but not long after I sent out a couple of CQ’s, Matt, KA1R came back. Barry N1EU was next in the log and then I worked John, G0TDM, probably via groundwave as he lives in Penrith. A very scratchy QSO with Mariusz, SP9AMH qualified my activation and he was followed shortly after by Rich N4EX. Then followed the silence…lol! No matter, the activation was done and I declared the rig working 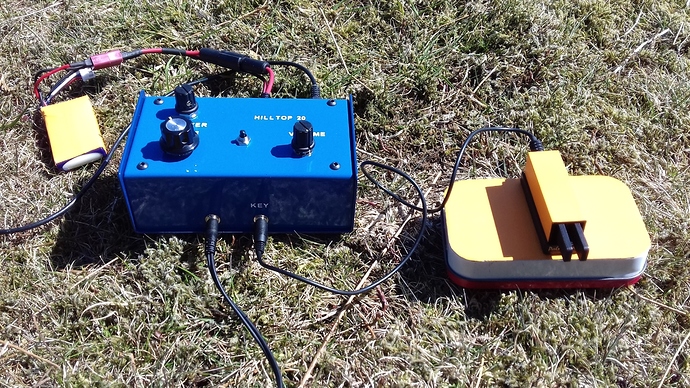 It’s always good to have a back-up and as my dipole also had 30m elements, it seemed silly not to hook up my old 2 band MTR and give out a CQ on 30m. After a number of CQ’s, Juerg, HB9BIN/p called me with an awesome signal for a welcome S2S from HB/OW-010. After that single contact on 30m, no further callers were heard. 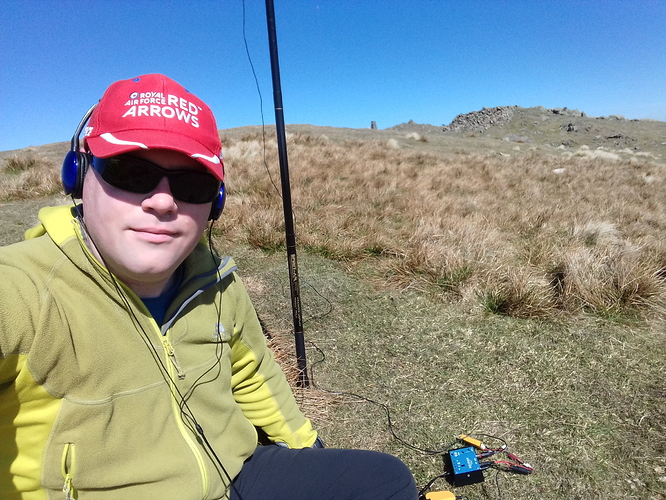 The weather was fantastic all day, although it was not quite T-shirt weather on the summit, the breeze was just a little on the cool side. A great day on the mountain, despite the rather poop HF propagation. (Apparently VHF was awesome that day!) 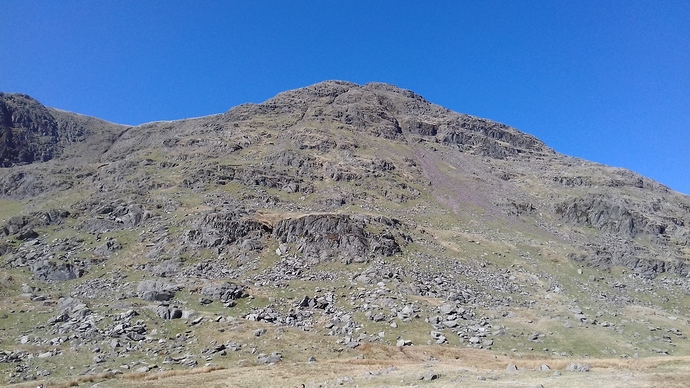 Looking up from the car park at Kirkstone Inn 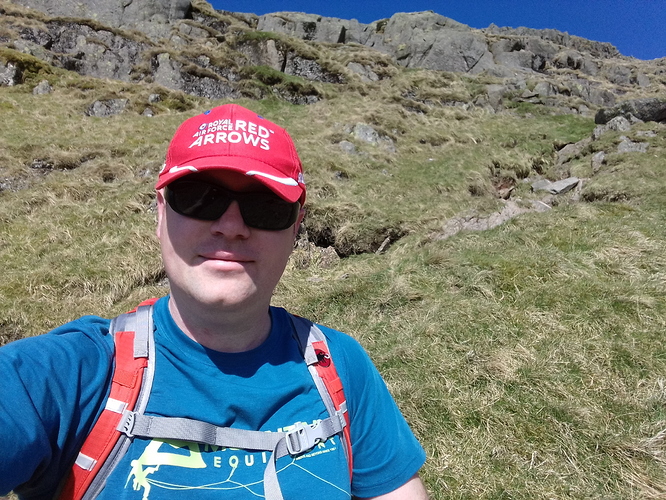 Warm and sunny during the ascent 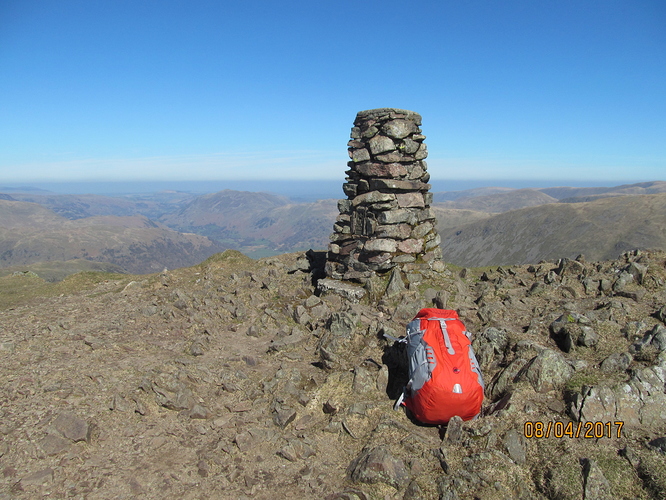 Everything inside my Mammut Lithium 32, including antenna pole. 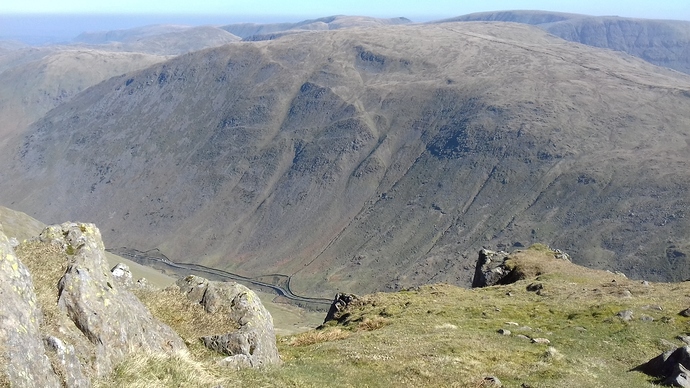 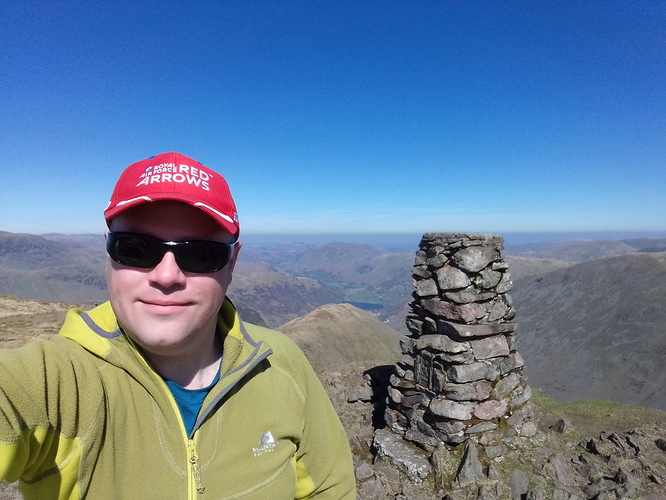 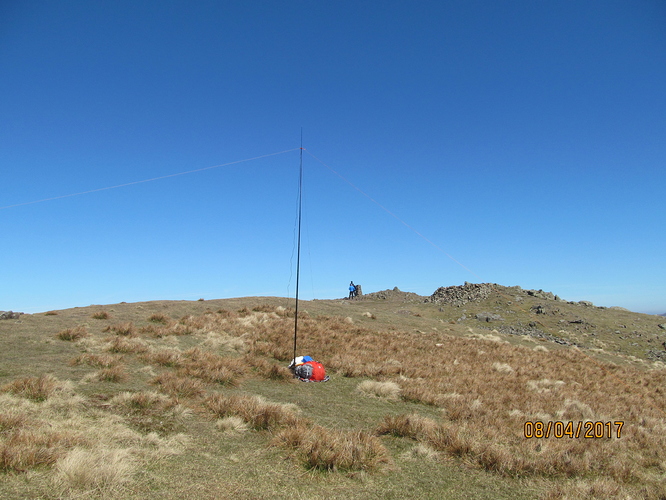 This is one of the rigs Colin had at the SOTA stand for a while at Blackpool. 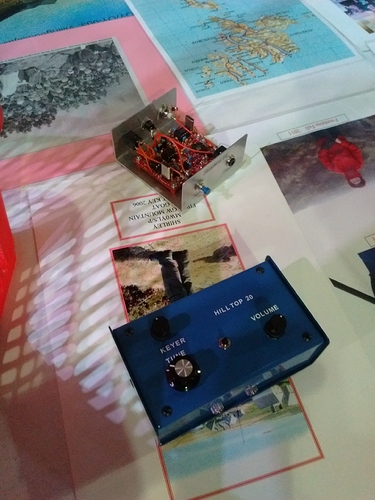 Colin certainly has the knack to getting a superbly glossy paint finish.

Well done and may you enjoy many more QSOs with it.

Great stuff, CW is something I can’t wait to have enough time to get into! Last time I was on Red Screes was 28-DEC-2016 and the visibility was non-existent, but it was my first SOTA activation, there was good 2m activation and lots of contacts and I was instantly hooked. Hoping to get back up there over the Easter Bank Holiday if the weather Gods are playing ball!

Red Screes is definitely a favourite of mine. There’s lots of reward for little effort. I try to go up when the visibility is good - the views would be a shame to miss out on!

Winter time tends to be my favourite because the air tends to be clearer on the very cold days. Here’s a picture from a few years ago 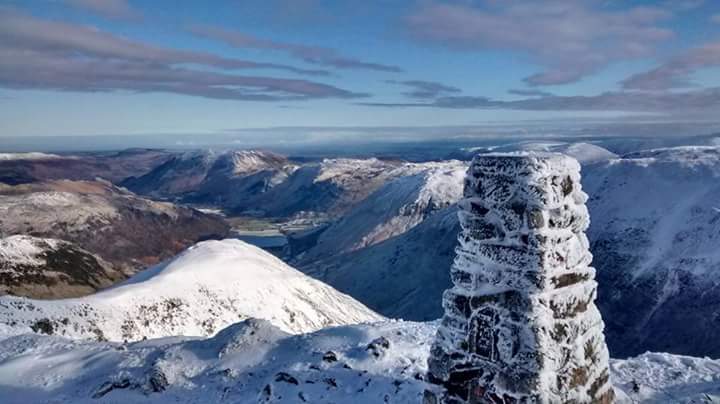 I know it’s the same old story, but it is the truth, CW is the best mode for SOTA - you trade skill for less weight and less complicated equipment. CW is less affected by the environment too, although sending with frozen hands can be problematic

Hope we can work soon, and all the best with your SOTA activations.

Have you got a link for the info on the Hilltop 20? Google doesn’t seem to be my friend for once.

As explained above, the Hilltop rig was never intended for general release, it was for Dave’s own use for his SOTA activations in the summer.

Dave shared the schematics on the following Facebook group -

Understood that he was just sharing the schematic. Shame it’s on the Book-of-Face only and not on a website. Maybe I’ll write to him and see if could be posted elsewhere.

Send me an email to

and I’ll forward the schematics.

What did you use to transfer the text graphics onto the case Colin ?

Very nice finish, I have a two tone color scheme on my PICaSTAR, but I cheated and got a powder coating firm to do it here in Cambridge.

Nice to see your homebrew projects are still going on

What did you use to transfer the text graphics onto the case Colin ?

I did think about powder coating since I am useless with a spray can - it took me almost a week of trying to get the paint looking anywhere near acceptable. I think my step dad will be spraying the next project, although my next project is a KD1JV Soda Pop and unfortunately it got sent to Australia by mistake and is missing in the post system

My Soda Pop kit isn’t alone in being MIA (Missing In Aus.) there’s a few others too. 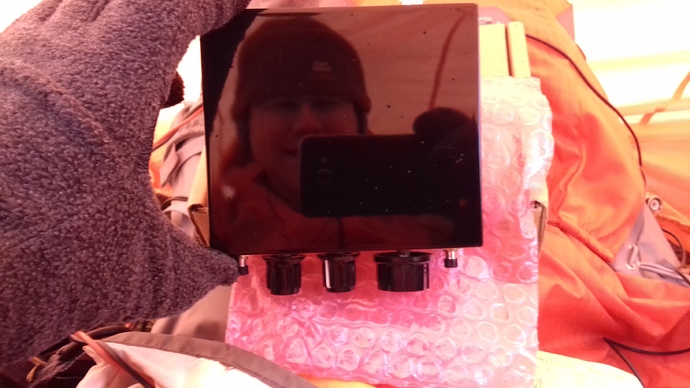