My lovely sister in law, Annie, offered to look after my sons whilst my wife went to a meeting for the charity she’s involved with, with the idea that I could go for a mountain walk.

I have been building a QCX amplifier recently so I was further enthused to complete my 30m low pass filter. I got a QCX-mini 30m at Christmas.

The QCX amplifier isn’t the easiest thing to build, some of the solder joints need a lot of heat and it’s can be difficult to get the transformer windings to sit neatly. I did manage to build the amplifier without issue however and it fired up first time. I purposely left out the low pass filter components and jumpered straight across to make my amplifier broad band. 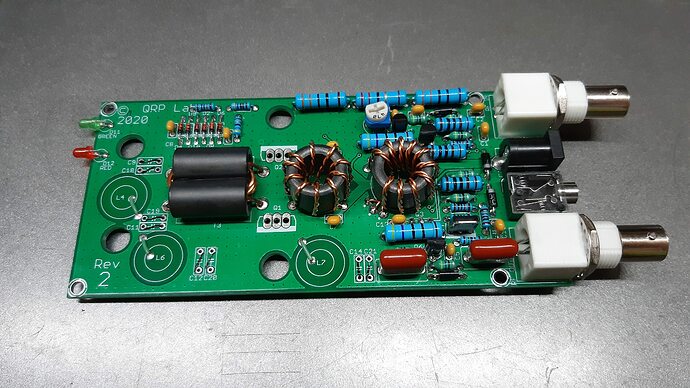 To help things along a bit, I used proper heatsink compound on the FETs and I opted to buy the smart amplifier enclosure. Some of the power resistors are quite close to the enclosure side so I opted to add some Kapton tape as a belt and braces approach. 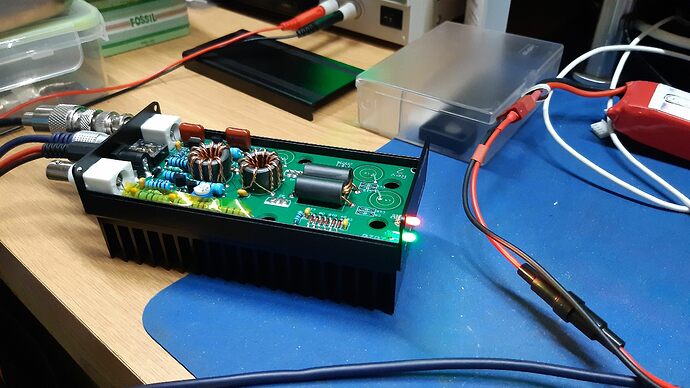 Using some left over components from a previous build, I have been able to build low pass filters for 40m and 30m. Rather ambitiously, I used some 1"x1"x2" enclosures sourced via ebay which seemed smaller in real life than I imagined in my head.

I just managed to squeeze in a 7th order low pass filter but things are tighter than I would have liked. 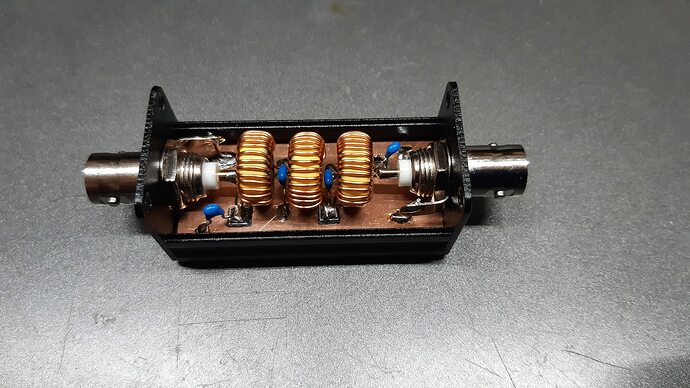 As this was a rush, I don’t yet have the correct RF adaptors to measure the exact response of the filters on my NanoVNA, but I did sweep the filters using my home brew signal generator and vintage oscilloscope.

My shack is entirely off grid, my oscilloscope screen is always noisy, probably due to old components (it’s older than me!), the solar panel and charge controller, and also the (full sine wave) inverter I use to provide 230v. 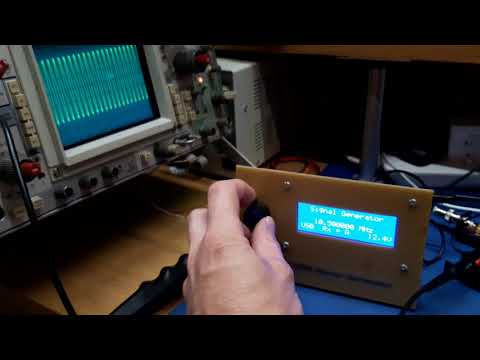 With the amplifier working and 30m low pass filter complete, I felt ready to give the system a try from a summit, as propagation was expected to be mediocre, my activation of Red Scees yesterday seemed like the ideal time. I’m 42 now and the answer to life and everything seems to be that time is too short to use QRP

I was worried about the forecast for possible thunderstorms later in the day and I always worry about parking at Kirkstone Inn, the car park is quite popular. I left home about 7.30am BST and was parked up at the car park by around 0830 am BST. The WX was a bit damp and I elected to put on my waterproof trousers. I knew that it would be warm and that heat management would be difficult. I undid the pit zips on my Gore Tex jacket but it was still hot work climbing up to the top of the summit.

I was on air by 0945 BST with my usual SOTAbeams Bandhopper 3 dipole on 7m fishing pole. Power for the QCX amplifier was provided by a 3ah 5S lipo. I opted to use a short patch lead for the LPF as the BNC male to male connector I have seems to be intermittent. 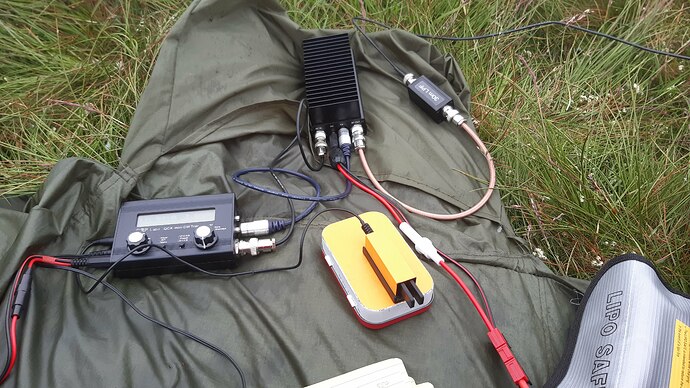 After a couple of CQ’s provided by the QCX-mini’s message memory I was called by OM5DP. I was pleased that the system seemed to be working OK. I then had a constant stream of callers until I had worked 28 chasers. 4 of the contacts were summit to summit QSOs, 3 were SOTA, one was GMA. I lost one chaser in QRM when one station insisted on calling out of turn over and over despite me clearly sending to call sign of the station I was trying to work. It’s not the first time that this particular station has done this to me.

The weather remained gloomy throughout but thankfully the rain didn’t really amount to much. 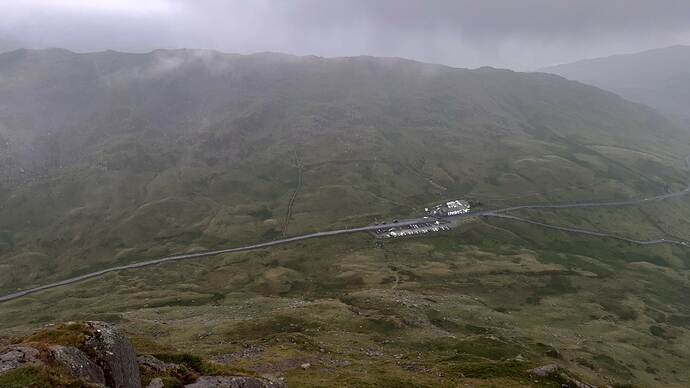 I was back home again for about 1.30pm BST and the sunshine was glorious - no hint of thunder either - oh well!

I put my 5S lipo on the charger to put it at storage voltage - it appears as though I’d only used around a quarter of the capacity. - 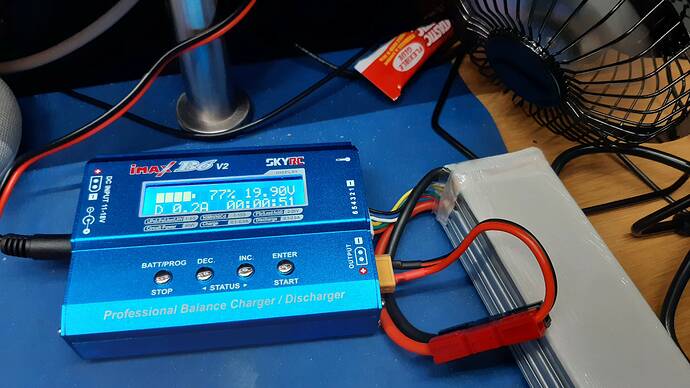 I enjoyed my morning’s outing and it was great that the amplifier helped out with contacts. I really like the QCX amplifiers, I had been looking for something similar for quite some time. The amplifier uses very little current in comparison to a heavier HF rig - say FT857 or whatever. Unlike a lot of people, I like to have modular equipment, so that I can build a portable station according to my needs at the time. I’m not keen on all-in-one systems (go-kits). 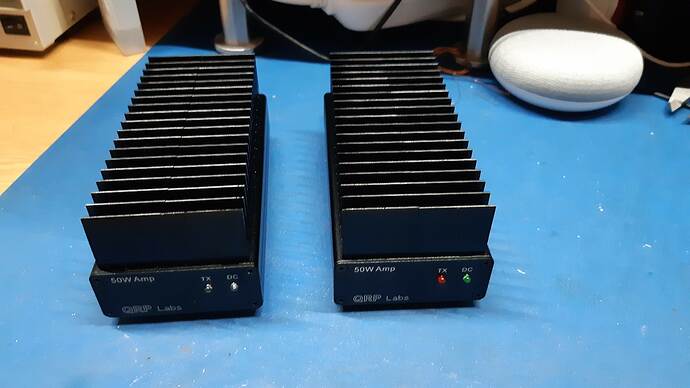 The amplifier is also a significant weight saving over a QRO HF rig and my 3ah 5S has proved to be overkill in terms of capacity for a normal activation. I bought two 5S lipos to be ready for the Europe to North America SOTA event back in November as I was unsure that a single battery would be enough, I was wrong! 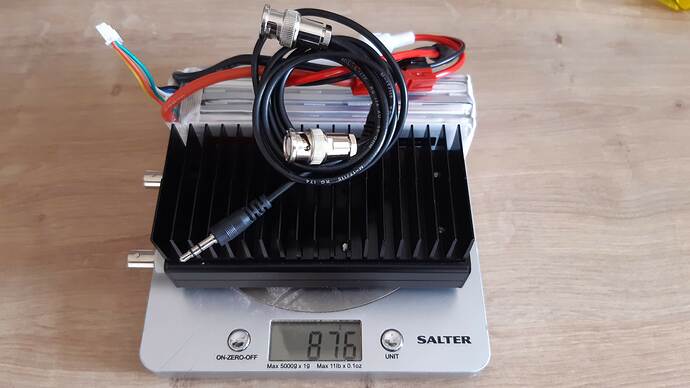 Thanks to all chasers!

Thanks for sharing Colin - I like your modular approach. Do you need to drop the voltage of the 5s pack, or is it ok to feed the QCX and amp at this level (~20v)?

The amplifier needs up to around 22V to achieve full power output so a 5S lipo is perfect. Fully charged I see 21V and drops to 19.xV during use. The amplifier will put out >50w on 40m, but less on other bands.

So you run the QCX mini off a separate, smaller pack I guess?

That’s a clever way to build the PA, with external LPFs.

I’ve built a QCX Mini for 30m but it suffers from a really harsh screeching sidetone when transmitting. I don’t get this with my QCX+ with or without the 50W PA I built for 20m. The Mini doesn’t do it to a dummy load, only when connected to the SotaBeams Bandhopper 3. From what I’ve read the harsh side tone is due to RF getting back to the radio.

The radio itself works as RBN Net picks me up all over Europe. Its just awkward to use.

Yes, RF getting into the radio is a problem. I have to arrange the cables in a certain way to allow proper operation. I ordered some clip on ferrites but they don’t seem to make any difference.

Performance for price ratio is still in the ‘excellent’ range despite the design characteristics.

Many thanks Colin for the report! I tried to contact you but my conditions in 30 meters are poor.
Your amplifier works fine and it’s solid!

I still working on it 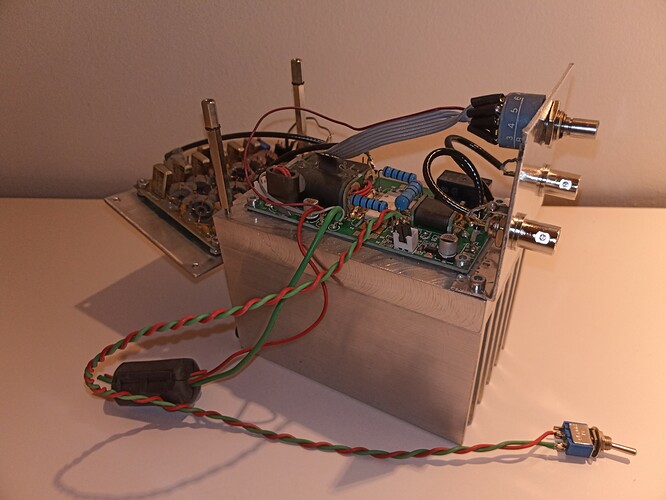 This Is your signal in North Italy

Oh dear, I was very weak with you! I’m guessing there’d be nothing at all to hear without the amplifier. Thanks for sharing the video, I’m always interested to learn what my signal sounds like from the other side- I mostly use home built radios.

I have an amplifier kit similar to yours, a friend of mine bought me it as a gift. I started to build the kit but didn’t get very far before other projects took priority. I intended to use the amplifier with my home brew SSB rig, as QRP SSB can be quite difficult.

I have a QCX amp waiting to be built. And now I’ve seen this I have to build it with a selection of external LPFs too!

You could of course build multiple low pass filters into one unit and use a switch / switches to choose the band of interest.

Since my radio is single band, I figured there was no point building an all in one low pass filter unit.

I haven’t decided whether my low passes will be packaged with my radios or with the amp yet.

I suggest using some much larger cores, like the binocular cores often found in designs for choke baluns. Then ensure 4 or 5 turns of feedline going in and out of the cores. The ferrite cores clipped onto the cables are ok for vhf and uhf but don’t produce enough inductance to be an effective choke for HF.

Owen Duffy VK2OMD has a suitable balun design, really it’s just a choke on the outer conductor of the feedine. If you use the search facility on his website, then find the articles about a low power choke balun, there are some that specify the cores from an Australian parts supplier but others offer a Fair-rite type number. (fair-rite = ferrite?). I use a balun based on his article with my ribbon fed zs6bkw antenna. I would expect the actual amount of rf on your dipole coax feeder will be even lower so this choke would be very effective.

This should remove all the RF from the “cold” side of your radio, paddle, mike and operator.