Interesting article on the Grauniad’s web page for any LW-DXers and non-DAB listeners to test match special out there.

With 6 pairs of valves and a potential life of 10 years/pair that’s 60 years best case to shutdown!

Radio 4 was traditionally broadcast on long wave, using frequencies used by the >BBC since the 1930s

If that is the level of factual accuracy then can we believe the rest of it?

Fortunately the readers managed to pick up most of the typos at an early stage e.g. 500MW should have been 500kW etc. Indeed the readers appear to be rather better informed than the author and I found their comments more interesting than the original article.

I should perhaps add that my attempts to pick up R4 on LW on an FT817 in Brittany during a rainy holiday there a few years back were a complete failure - I even tried winding my own loading coil all to no avail.

In reply to M0RCP:
Why dont they invest in Droitwich, get rid of all this awful 220MHz DAB radio that is old technology now!

Instead spend money at Droitwich, add more MW antennas there and put out DRM on MW and hit most of the country from one Transmit site! DRM the way forward, people may argue that the receivers are expensive! However India have just invested in DRM and I hear the Chinese are keen - Crack that market and the price will soon come crashing down - hopefully like the DAB transmitting sites!

Rant over - fallen off soap box!

Why dont they invest in Droitwich

Yes, what he said!

I wonder how much it would really cost to build a 500kW TX out of LDMOS FETS rather than some big bottles? Low level AM rather than a big modulation transformer on the anode supplies too.

Perhaps there’s enough scrap copper value to be had form weighing in the old transformers that it wouldn’t cost that much anyway!

Well in the past 3 years I have spent about £700 on DAB receivers and antennas, so I don’t want it to become obsolete overnight, and I certainly have no plans to buy DRM equipment in the near future.

At my home QTH, I can receive 75 different DAB programmes. How many DRM programmes could they put on Long Wave?

In reply to G3NYY:
Will explain all

Dream on, Matt! The future in the UK is DAB2.

In reply to G8XYJ:
All this talk of Broadcast Radio reminds me to ask if it’s true that your Dad Dave G4OYX is retiring from Woofferton Transmitting Station soon? [A good article by him is in PW too] Any chance of a SOTA enthusiasts visit and WB activity afternoon before he retreats to his shack at home?
73
David M0YDH

In reply to M0YDH:
Hi David

Long time no speak! Not sure about the retirement, but he is getting close to the big 60, pardon the pun, he may be hanging his earthing wand up soon!

Trips around the place are welcome and if we could gauge how many people are interested then I would assume he would be up for it! Why not combine it with a WB Activity day! Dibs on Heath Mynd!

DRM will be the future Walt - As I say India are alredy spending money on it and the Chinese are next! DAB will be a thing of the past!

DRM will be the future Walt - As I say India are already spending money
on it and the Chinese are next! DAB will be a thing of the past!

But I have no plans to live in India or China!

Realistically, cable, satellite and Internet radio will continue to steal the audience from terrestrial on-air broadcasting, whatever digital system might be adopted for the latter. Already, short-wave broadcasting is in the terminal stages of decline, with most international broadcasts having migrated to the Internet.

There was an item on R4’s PM programme tonight about the long wave TX at Droitwich. Unfortunately, I was unable to listen so did anyone hear it?

I did. There was an interview with someone from Danish radio who seemed a little surprised the BBC were still using a valve transmitter but pointed out that solid state transmitters were available from German and Canadian manufacturers. The Danes use a Canadian one.

There was also some mention of DAB I seem to remember. 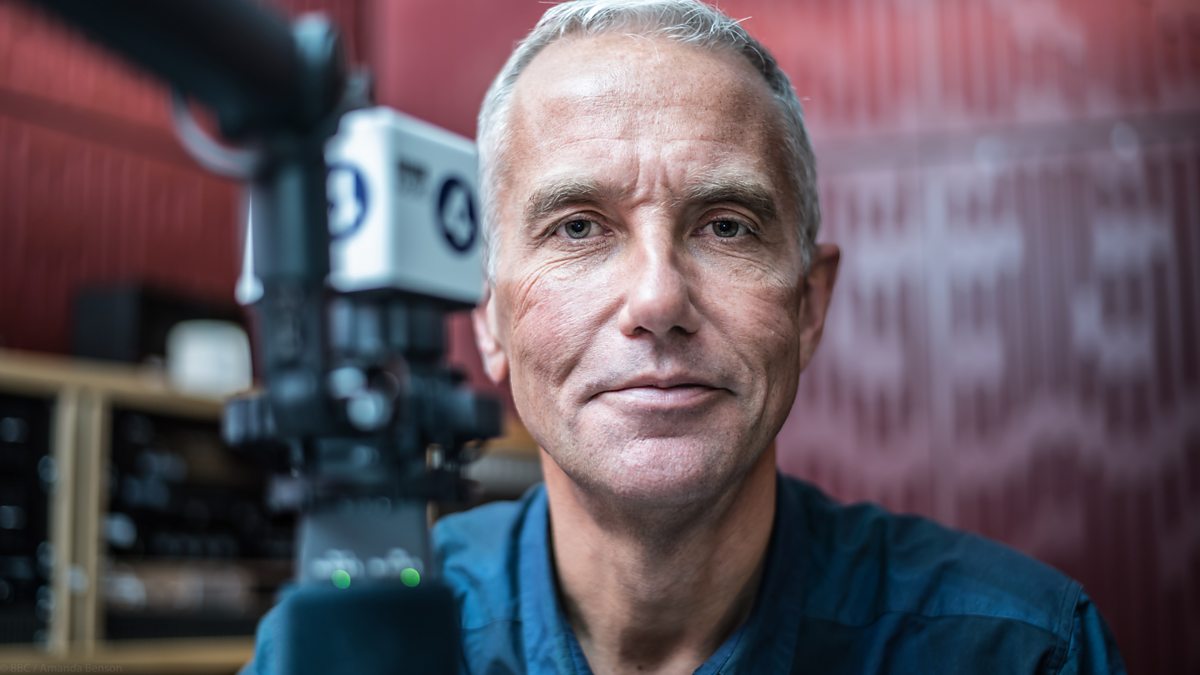 Four minute item starting just after 46:20 into the programme.

Interesting spin on the whole story that we are “still” using valves.

However, I wonder if we are missing the point here. Didn’t the BBC sell all its transmission network to Crown Castle International to fund digital TV and the failure known as DAB? So it’s not the BBC’s problem, it’s whoever provides the transmission facilities to provide a transmitter. ISTR CCI sold everything to Arqiva?

If they do close down long wave R4 can I have the frequency?

ISTR CCI sold everything to Arqiva?

Via National Grid Wireless it seems:

Arqiva /ɑːrˈkiːvə/ is a British telecommunications company which provides infrastructure and broadcast transmission facilities in the United Kingdom and the Republic of Ireland, along with commercial WiFi and smart meter facilities for Scotland and the north of England. The company headquarters is located at Crawley Court in the village of Crawley, Hampshire, just outside of Winchester. Its main customers are broadcasters and mobile phone network operators, and its main asset is a network o Throu...

In 1997 BBC Transmission decided that it would dice itself up and sell its mnay parts to several people.

The TV and domestic side was sold to Crown castle - Who subsequently sold it to NTL followed by its current owner Arqiva!

However the Shortwave was sold to Merlin Communications, then Vosper Thornicroft followed by its current owner Babcock Intl. I know alot of this as my father has worked in Shortwave for 40 years and I spent 22 months at Woofferton HI!

You are not wrong about Rampisham, I believe this to be Public Knowledge now as indicated on the BECTU website. It is mainly due to the cuts to the BBC World Service. A Big gripe of mine!!!

Walt - In terms of Internet radio I simply dont understand how the BBC can justify this, over 50% of their listeners use Shortwave to listen to the transmissions. Whether this AMC, AM or DRM! Also how many people in the heart of Africa, South America have a reliable Internet connection and PC to listen to the program. In addition what happens when Gadafi decides to switch off all the Internet in Libya, They can try and block the signal from Shortwave and the Russians gave it one hell of a go under the cold war, however well directed Shortwave as we all know gets through where VHF and the ‘WIRED’ Internet cannot!

As a Radio Amateur that uses VHF mainly I may appear as though I do not like Shortwave, however It is an excellent form of radio and once these transmit sites are gone and we need some swhortwave what will the Government do! Transmitting over a Wire is abackward step in my opinion -

We can do it with out reams of cable and Optics etc! It is similar to that of concord, Get to New York from London in 2.5 hours, or sit on a huge Jumbo Jet for 6 hours! This is down to economic reasons but I beleive that this was the first backward step that humans have taken in evoloving technologically!

Finally on DRM if China and India get on board then they will develop cheaper recievers that will no doubt inevitably make their way over to Europe!

I would like to see DRM on 500Khz to 1500KHz- The whole Country covered from 2 transmit sites- This is a no brainer - Take a look at Croatian Company RIZ - These boys know how to make Solid State DRM and AMC/AM transmitters!

Of course it depends where you are, you need whichever technology gets the job done best.

Like mobile ‘broadband’ Internet - if you are in a large urban area you can get DAB, 3G Internet, ADSL, Fibre and of course good old FM.

Out in the rural areas, you’re lucky if you get any of these. I have a good 8Mb/s Internet connection, but FM is very sketchy and DAB is even worse of course.

Radio 4 on long wave is my preferred listening method - and here’s why:

I can use my PC and listen via the 'net - Stuck in one room, power consumption 165 Watts.

I can listen via the TV/Stereo, either using Sky or Freeview - again, stuck in one (actually the same) room and power consumption around 135 Watts, 70 Watts if I turn the TV off.

Or I can use my trusty (skip rescue) Murphy transistor radio on Long Wave - I can take it anywhere and it runs off a PP9 battery that lasts for months. Oh, and when it breaks I can fix it myself.

Next door have a DAB portable which works occasionally if you spend half an hour waving the aerial around and the batteries only last several hours. The bit-rate is so slow in an attempt to cram so many stations on to one multiplex that you can actually hear the digital artifacts.

Now, if I was out in the wilds of Asia or Africa and wanted to listen to some BBC radio programming, had no electricity bar maybe a small solar panel or a wind-up radio and was 300 miles from the nearest conurbation with it’s mobile phone/Internet/DAB infrastructure, how much use would these power-hungry, chipset-required beasts be then?

Travelling round India a few years ago, I was able to buy a small short wave portable radio from the market for about £6.00 and was able to listen to the BBC easily (and loads of others) pretty much everywhere I went.

It may take 500kW of power to cover most of the UK with Long Wave, but the hidden power costs of digital are not being debated. If one million people are listening to a broadcast with digital receivers or PCs that consume tens of Watts instead of an analogue radio’s couple, the downside is obvious.

Oh, and another point - why should anyone have to spend large amounts of money to replace something which already works, especially with something that isn’t as good?

Maybe, just maybe, because the authorities can sell off the spectrum they free up for huge sums of money! (I know this probably doesn’t apply to 198kHz, but it surely does to VHF/UHF/SHF spectrum.) The RF spectrum is a natural resource and natural resources sometimes need to be protected from market forces and wholesale exploitation and maintained for the benefit of all.

I’m not anti-digital, but let’s not lose sight of the advantage of simple, low-power technology like AM and FM radio, especially when portable in rural areas. After all, isn’t that what SOTA itself is all about?

I agree with all that has been said about shortwave broadcasting. DRM certainly has its place there, and shortwave radio is still the only way to reach an audience in many parts of the Third World.

Are we all going to start using clockwork radios in the UK in the interests of energy conservation?

As for DAB “only working in urban areas”, I would hardly describe Tewkesbury as part of an urban sprawl. We do not even have cable, and all our Internet has to come via BT’s copper pair. However, as I have already mentioned, I can get reliable reception of some 74 different UK radio stations via DAB, and some 20,000 worldwide stations on my Internet radio. No contest!