During vacation I had a desire to activate several Ural summits in one trip. Last year, such a plan was well executed by the team RK8A, RA9WJV and RX9WT. This year I did not succeed in combining vacations with me and Marat (RA9WJV). And Vladimir (RK8A) was unable to participate due to leg problems. This year’s plan included visiting three or four peaks located within the Zyuratkul nature reserve.
Two of the planned summits were ten-point.
Unfortunately, my long-awaited vacation coincided with the arrival of rains. Every morning I looked out the window and saw only rain and fog. The Ural mountain rivers were filled with water, almost like in the spring flood. But I could not take my kayak and go to the mountains because of the consequences of last year’s injury.
Finally, the weather forecast showed three days without rain and another two days of cloudy. We quickly packed up and drove off. This time our team consisted of: Ramil (RV9WAN), my daughter Masha and I. 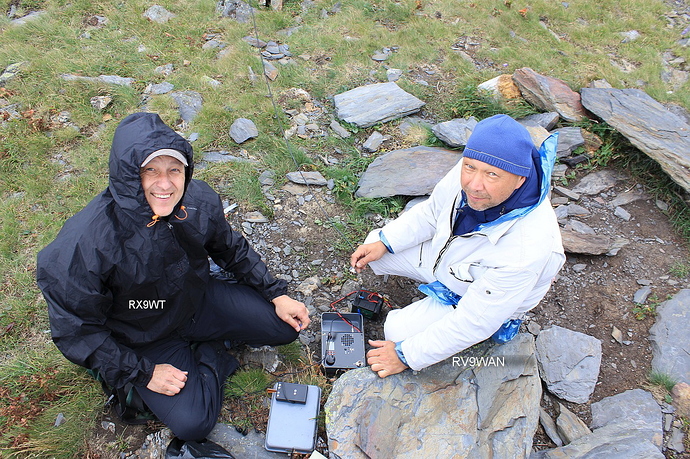 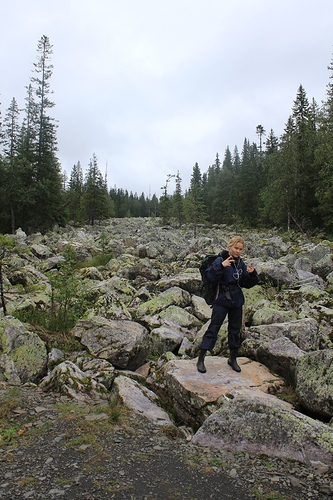 IMG_4298.jpg1280×1920 872 KB
We planned to leave the car on the border of the reserve, walk 12 kilometers and climb the pass on the Nurgush ridge and set up a tent as a base camp. And from the base camp to climb the summits R9U / SO-005 and R9U / SO-010 in one day. Further in the plan was a descent to the car and transfer to Lake Zyuratkul, closer to the peaks of R9U / SO-029 and R9U / SO-057 …
The weather forecast deceived us - in the area of ​​the Nurgush ridge, the sky was covered with clouds and light rain was falling. We set up a tent by the car and waited a day to improve the weather. 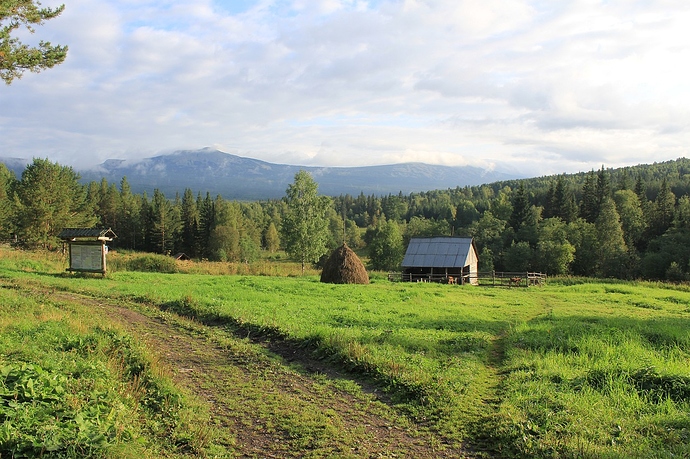 IMG_4302.jpg1280×853 423 KB
With the first signs of better weather, we hurried to the pass.
Just below the pass, where there is still water in the stream and the forest, we set up a base camp. 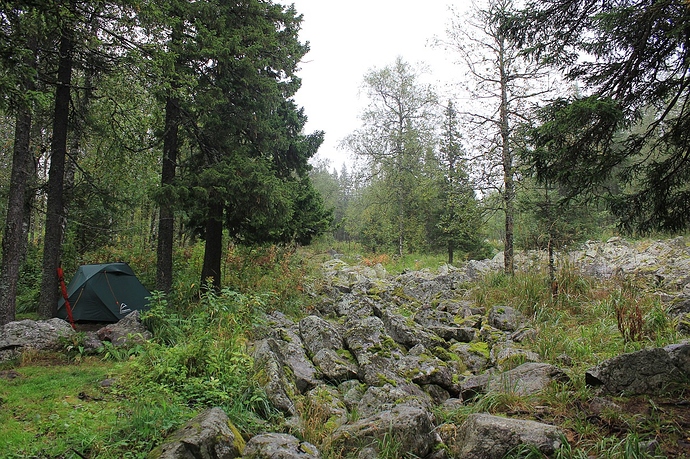 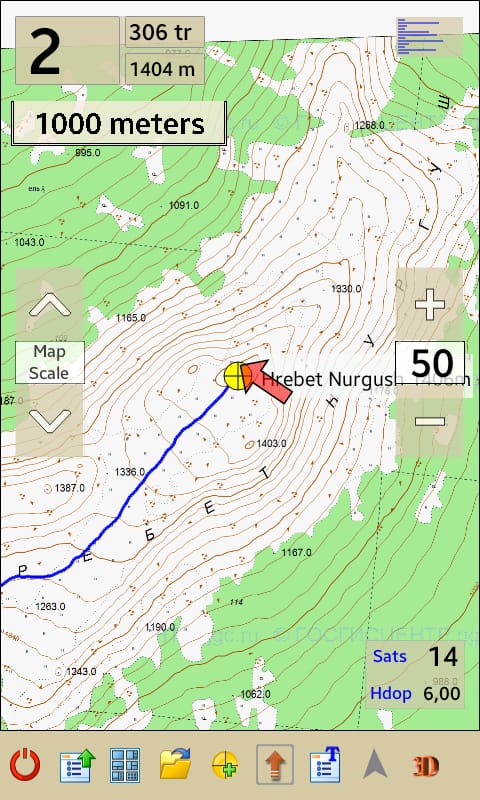 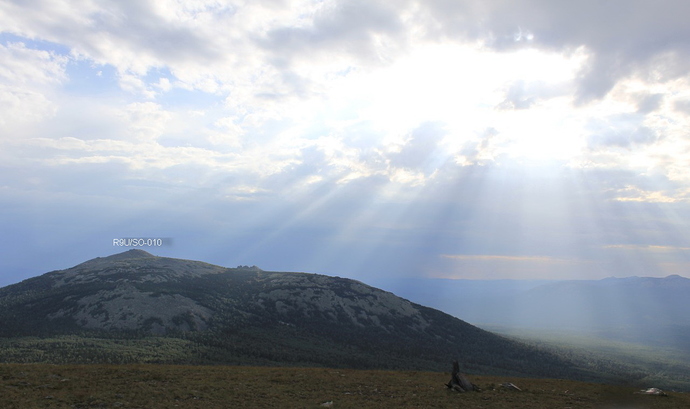 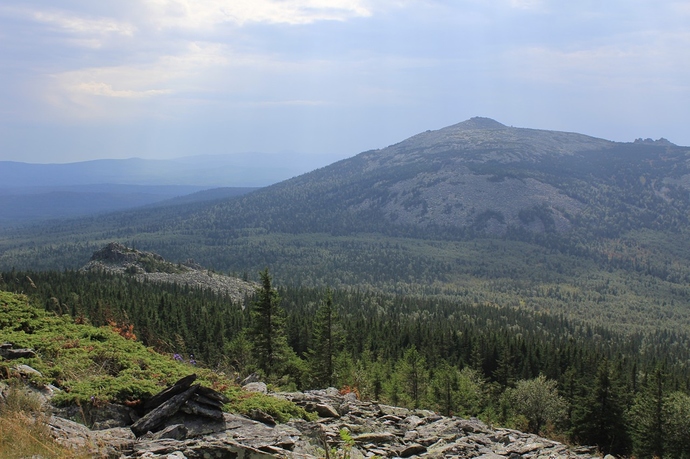 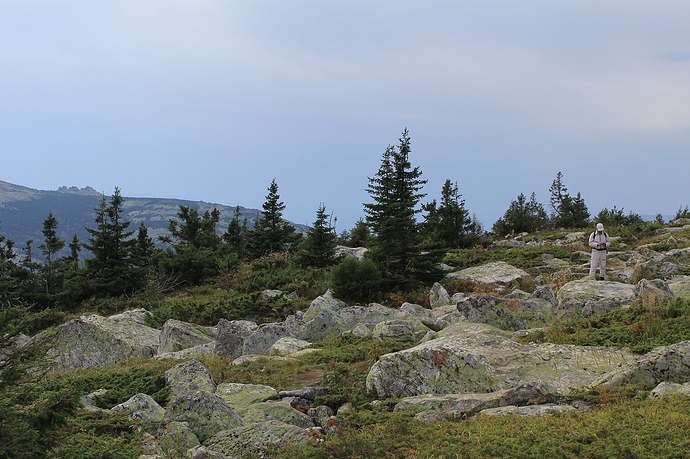 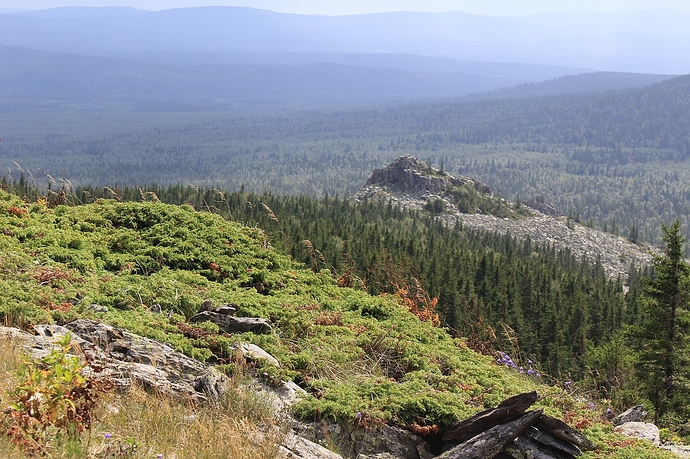 IMG_4240.jpg1280×853 434 KB
I have not been surprised at the stormy winds on the Ural peaks for a long time, but this time the wind was really strong. We were able to supply our small GP antenna only by joint efforts, strengthening the antenna with additional guy wires. Masha later said that sometimes the wind prevented breathing and standing. Our position was equipped behind a small ledge that protected from the wind. But all the same, all light objects and things had to be hidden - the wind just carried away everything. 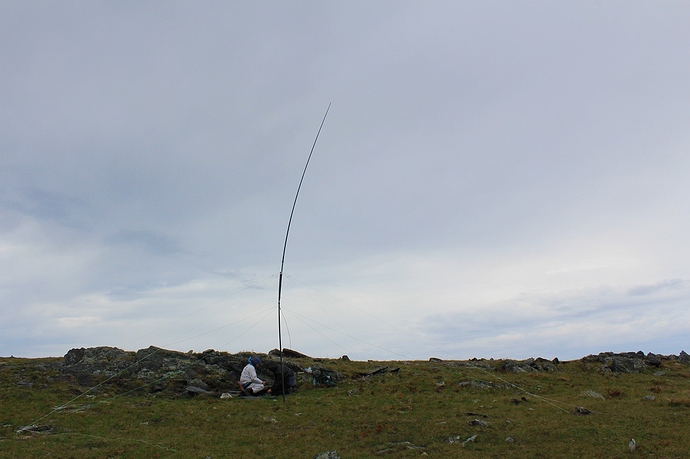 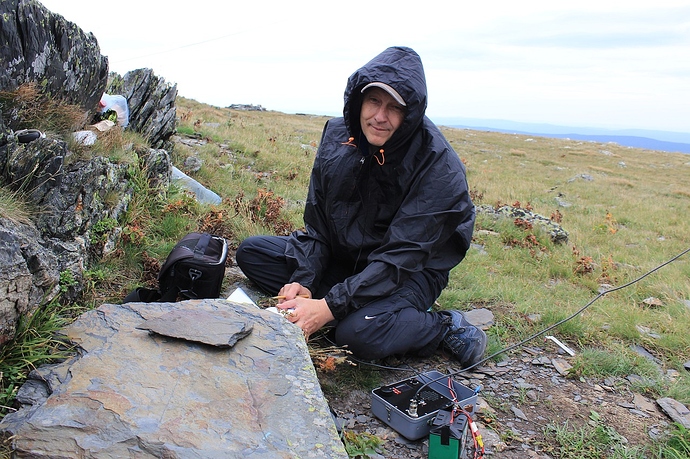 IMG_4262.jpg1280×853 409 KB
There were rain clouds from almost all sides around us and the darkest one was approaching, driven by the wind. 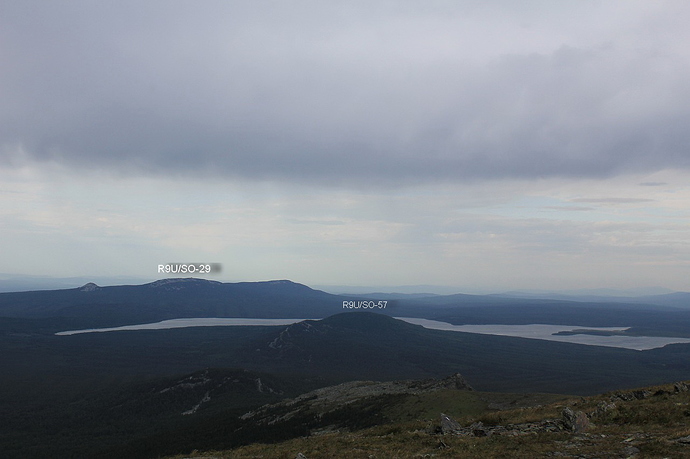 IMG_4275.jpg1280×853 160 KB
Through the noise of atmospheric discharges and the howling of the wind, I recorded one call sign after another. In forty minutes, 33 QSOs were conducted. The cracking and buzzing of QRN began to intensify, and our team began to freeze. Without waiting for big problems, we knocked down the antenna and began to packaging
as quickly as possible!
From the top we ran along the upper plateau, as large as an airfield. 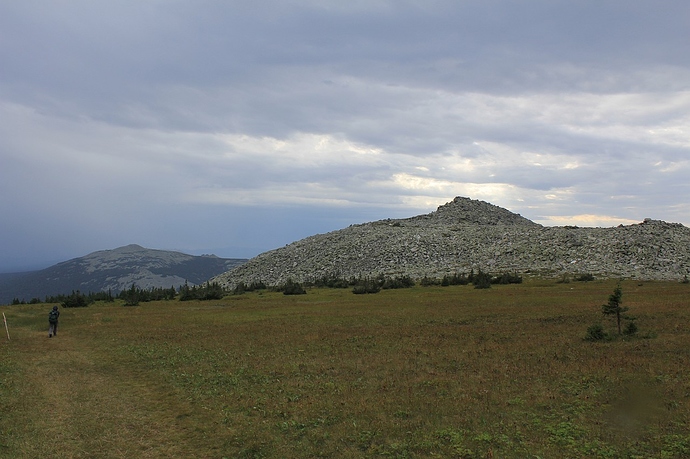 IMG_4284.jpg1280×853 236 KB
Drops of rain stabbed into our faces like needles.
Personally, I did not hear the thunder of lightning, but my companions heard it from the top when we were already on the lower plateau…
And again there was a day of continuous rain. We spent them in a tent or around a campfire under a canopy.
In such conditions, climbing the R9U / SO-010 was useless and simply dangerous.
When the weather began to improve a bit, we just ran out of food. We turned base camp and began the descent to the car.
Theoretically, we could still catch R9U / SO-029, but no one in our team had a desire to do this. It seems to me that on vacation you can relax a bit, and not only just jump over the slippery stones from the rain and carry heavy backpacks with wet equipment. 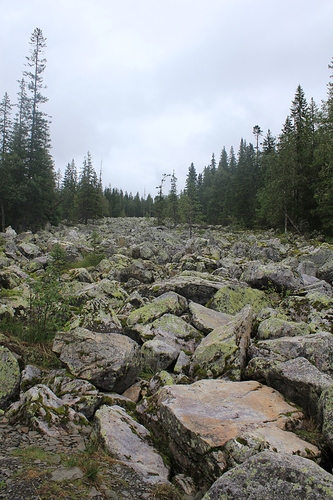 thank you for the very interesting report, I enjoyed reading it! And very nice images, too. Pity about the weather, wish you better weather next time!

Many thanks Vladimir for the report and the pics.
Congratulations at all Team, those places really beautiful and wild.
73

But the QSOs, the QSOs!!! You made the contacts and that makes for a worthwhile adventure, I hope!
The other half is – that’s radio.
Best of the journeys to you.
KI7MMZ

Thanks a lot to you, Victor.
And Axel (DF1ET), Roberto (IW2OBX) too!
Your comments are very important to me.
I hope to meet you on the radio.
73 de RX9WT