Just a quick report - after a lazy morning having taken Alex and the girls to see Florence and the Machines at the Manchester Arena I took a look out the window and decided that I could either try and chase Allan doing his tour of the West Country or get myself out up a hill.

I’d been keeping Lingmoor Fell in my emergency bag as I suspected from previous reports that it was a fairly easy ascent. It isn’t an easy ascent but the punishment doesn’t last too long when you go straight up from Blea Tarn. 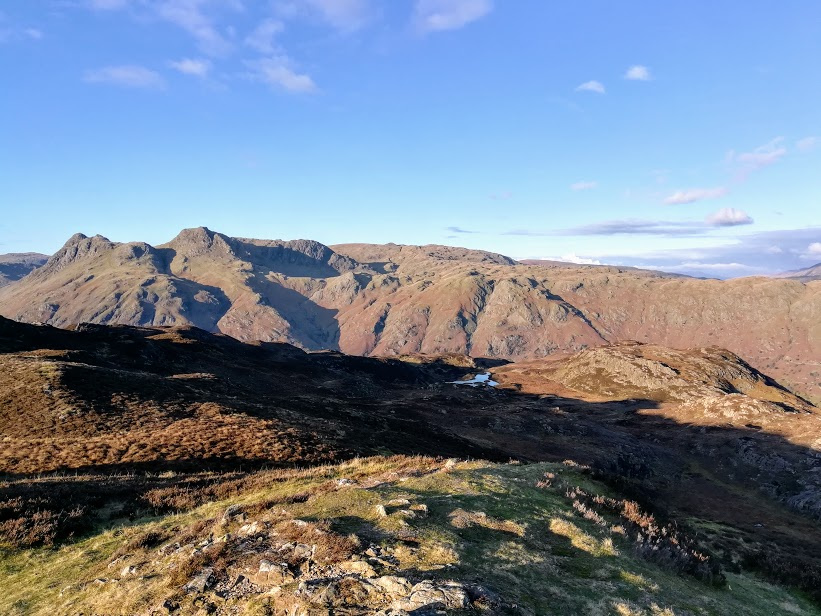 There were a few folk about including a group of ladies on the summit who I had a little banter with. Views were excellent in all directions - Helvellyn and Fairfield had a smattering of snow. Harter Fell, which I still have yet to do, was teasing me through the Wrynose pass.

I setup just back on the ascent side to the right although I had to shuffle around a bit to get the wire height above ground as good as I could atop the rolling summit.

An excellent run of chasers on 80m - thanks to everyone who came back to my call, and virtually everyone was crystal clear. This was the first outing of the FT-857 and I took both 4200maH LifePo batteries so although I was cursing that lot on my back on the way up I enjoyed the benefits of up to 100w power on the summit. The Lake District seemed to be having the better of the weather compared to the WX reports coming in from chasers, especially those down south. 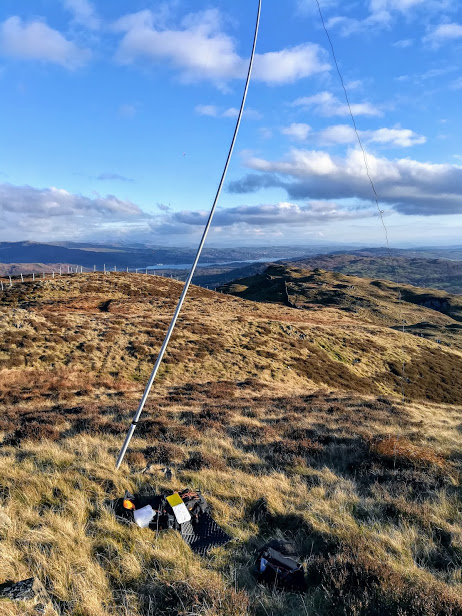 I was going to 40m when I spotted another activator out relatively late in the day and was able to get a 20m S2S with S3VGU on SV/PL-138. After the chasers had died out I was dropping the pole to reclip to 40m when K3TCU called me - he couldn’t hear me with the antenna at half-mast so I rapidly got it back in the air and completed the QSO - nice to get a transatlantic contact.

Having then moved to 40m I found the band had uncharacteristic high noise (S8+) on most frequencies with a lot of QRM. I settled on 7.151 but to be honest it wasn’t the best with a very strong station around 3Khz up and then one 3Khz down (no idea what he was doing but he was causing a massive splatter). So apologies to the 40m chasers - I did try and find a better frequency but failed.

Switching to 2m FM the handheld wouldn’t turn on - must have left it on in the shack - so the flexibility of the FT-857 paid dividends as I was able to complete QSOs with Douggie and Sue albeit with high-SWR. I’ve been thinking about creating a coax wire colinear - I’ll try and get one built for the next activation.

Descent was in the growing darkness although out of the biting Easterly wind it was a fairly straightforward affair although i did manage to do a nice bum slide at one point.

I bought a case for the FT-857 from eBay based on dimensions designed for a GoPro and accessories. I use some anti-slip matting to protect the rig when packed, it seems to be working just great! 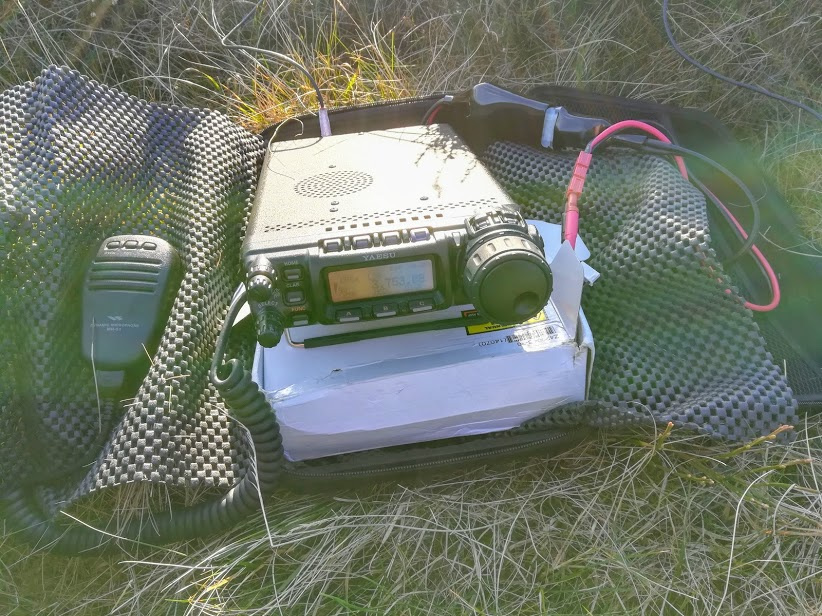 The photos are here
.
Regards, Mark

. I hope the sun peeps through for High Willhays G/DC-001 tomorrow 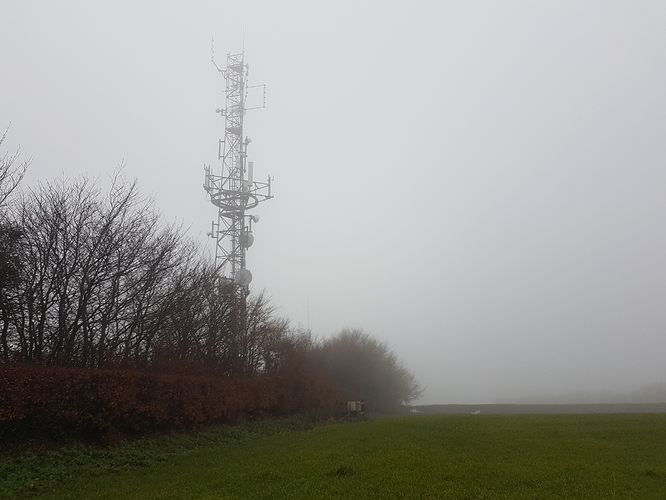 Best of luck with the weather today Allan. At least the radio is making up for the lack of views. Since having a week of rain about 15 years ago I have yet to persuade my wife to go back to Cornwall!

We are off up to Penrith for my daughter’s hockey - will take the radio gear in case I am able to fit it in for a chase.

Update on the coax rollup antenna - last night I built one following M0ZPK’s instructions and it works just great. Took about 30 mins to cut the various sections. I have had QSO’s from home simplex to M0PVM on the hills above Settle and both the local repeaters GB3LD (2m) and GB3LF (70cms) are accessible with no issues.

I’m going to try building a 4 or 8 section collinear next to hang from the 10m sotabeams compact mast.