Noticing an alert from Fraser @MM0EFI and the possibility of reaching him close to my home, a quick gather up of widgets and dogs and we were off up Allermuir. Given that it’s only 5 miles from home, it was time it was done anyway. Weather was perfect, warm light breeze and slight haze.

The dogs didn’t do as much pulling up the hill as I thought they would, perhaps they knew I’d forgotten the doggy treats…

Into place an hour after leaving the house and set up.

Couple of local chasers made it an activation , thanks to Chris, Ken and Jim.
Then keep listening for a bit until there he was loud and clear, off the side of his beam.
Quick 59 both ways and time to go 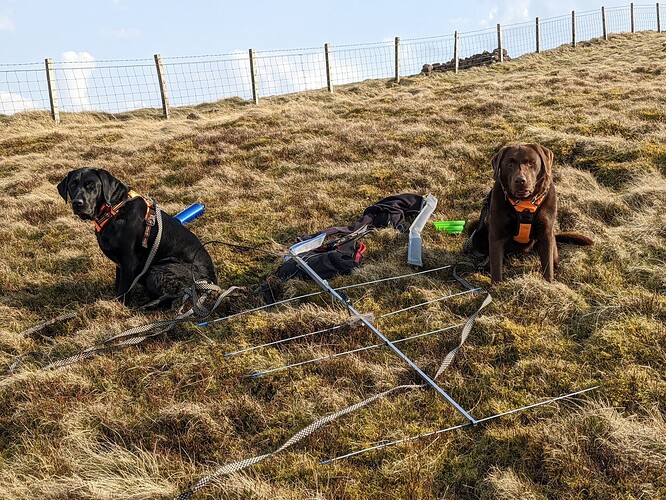 Poppy on left and Morag on the right getting ready to pack up.
Poppy is the “P” and Morag the “M” in the callsign. (—editted - predictive text gave Morag the wrong name…)

Thanks for the QSO and summit to summit Alan. I appreciate tbe effort! 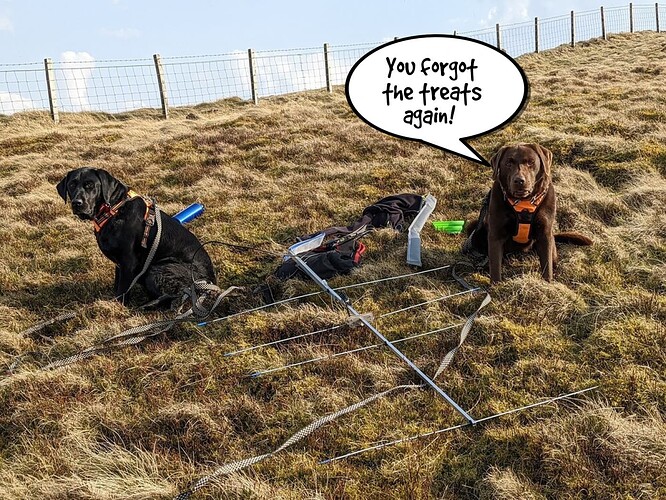 Thanks for the S2S Alan, Sgorr Dhonuill was one of the more successful 2m-FM summits for me on my trip to GM!

It was a good contact for me too, so thanks to you also. The ridge looks nice and the whole Ballachulish ring is on the list of “must dos” and I really must get round to it… ok you can groan now…
My end was Wouxun HH at 5W into a 4 element beam - hand held and waved about, looking at the map later I noticed I wasn’t particularly pointing in the right direction but the beam is wide enough to still have a goof result.

I think we all have those lists don’t we?

Great work with the HT there, the signal was fine.