A few weeks ago, I stumbled upon a Chinese version of the good old ultra-simple “Pixie” CW transceiver kit on eBay. It cost $3.56 including shipping and arrived in less than three weeks. Assembly was a breeze; the PCB is of good quality, and no components were missing, although some of the capacitors were quite far off their marked values. However, I did not substitute any of them with my own components. eBay link (there are many other sellers for the same kit):

Not having enough space for a decent 40 m antenna at home, I tried activating a nearby hill today, HB/ZH-012 Aeugsterberg, using only the Pixie, an EFHW antenna (in inverted L configuration), a 12 V battery, a straight key and the earphones from a cheap prepaid cellphone. I also brought a QRP wattmeter to see how much power was actually going out to the antenna. Turns out it was about 350 mW forward and 70 mW reflected (the antenna was a bit too short and not mounted optimally). So definitely QRPp at around 0.3 W.

What can I say… it worked and I’m impressed! 16 QSOs, and reports ranging from 339 to 599, including an S2S with HB9/PB2T/P who needed a lot of patience to get through to me as the HB9/P confused me amid the other stations I was hearing 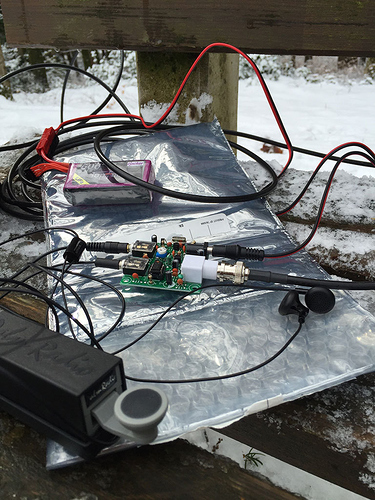 This Pixie version always transmits at the crystal’s fixed frequency, so QSY = crystal swap. Beside the 7.023 MHz crystal that was included in the kit, I also had one for 7.030 MHz that was easier to work with as the band was more quiet around 7.030. For RX, the crystal gets pulled a bit by a poor man’s varicap diode (1N4001) controlled by a trimmer pot. There is no audio filtering or image suppression, so you hear everything ± 10 kHz from the crystal’s frequency and have to do the filtering in your brain/ears. Before I left home, I tried to adjust the trimmer so that someone transmitting on my TX frequency would end up at around 600 Hz in my headphones, but it turned out to be futile as things were completely different at 3 °C on the summit, and the RX/TX offset also drifted quite a bit. That’s why I asked chasers in the spot to send my own call as well, as it was hard to figure out who was actually calling me and not some other station on a nearby frequency.

Conditions varied quite a bit over the hour that I was QRV; sometimes I was able to copy the chasers quite well amid all the other traffic on 40 m, and sometimes they were barely audible even though I’m sure they would have been a 579 or better on a “real" rig. Several times a strong AM broadcast station faded in and out, so I could listen to the news in English while working chasers

I hope my fist wasn’t too bad, as I couldn’t hear what I was sending! There is no CW sidetone on the Pixie; you just hear a loud “pop” when you key down.

There are some tweaks for the Pixie to get more audio gain and a narrower bandwidth, which I may try, and a sidetone can also be added of course – the point of this exercise was to see whether it’s possible to activate a summit with such a cheap and minimalistic unmodified rig.

I would like to thank all the chasers with the patience to work me with my weak signal and deaf receiver, and apologize to those who called but couldn’t get through. @SP9AMH asked for 30 m; I have a crystal (at home ;)), but the output LPF and antenna were not suitable for 30 m. 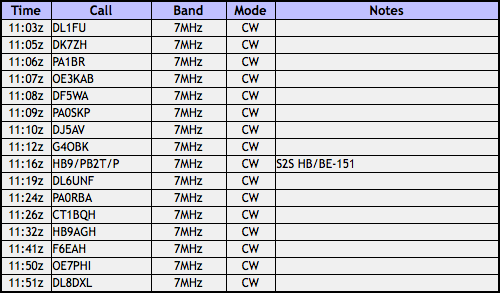 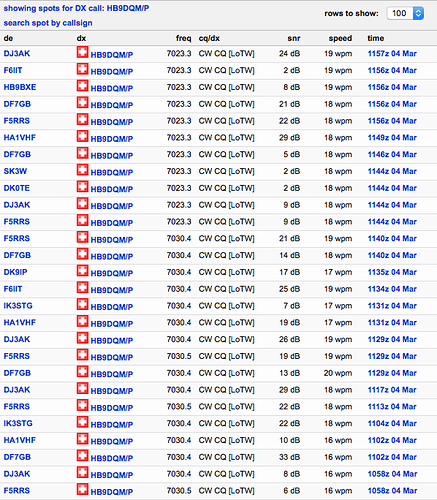 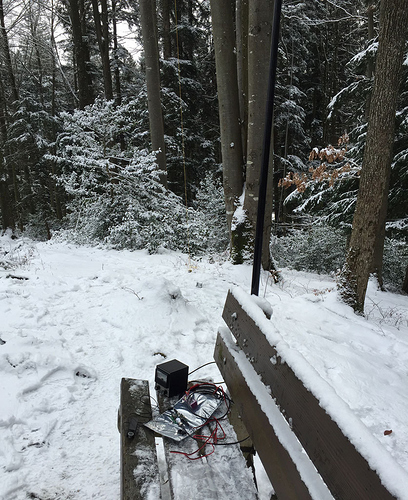 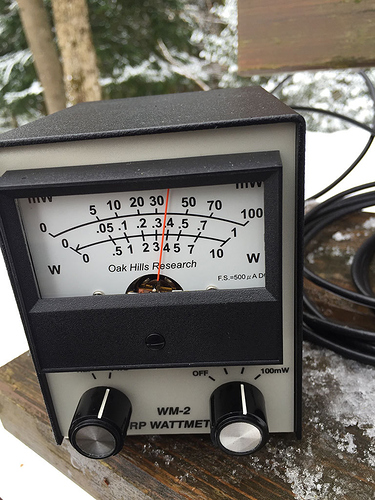 Great job with the Pixie… I built one a few weeks ago and was surprised when I started making contacts - I swapped xtal to 7.030 qrp calling freq also. I was also getting about 400mw from it. I have not tried it in the field yet, however… I used a separate rx as a sidetone rig and that worked, but internal side tone would help greatly! Good luck!

I also have a Chinese Pixie. I managed to put a better LPF on the same PCB. I haven’t tried the rig out on air yet, it’s something I ought to do!

I built a single transistor transceiver for 80m, I keep meaning to do a SOTA activation with it - how awesome would it be to have contacts using a single FET? Glad that I was part of a “budget” QSO. I was using KX3 with 15 Watts and 10 meter long endfed vertical.

Thanks for sharing that great story of the Budget QSO.
cheers from Ian vk5cz …

Great stuff.
Just shows you what can be done on a budget.
Who said amateur radio was an expensive hobby?

I don’t have one of those Pixie’s but I’ll probably order one just for the fun of it.
I think we mentioned a Pixie challenge before!

Outstanding! I’ve been eying my Hi-Mite 40 for a possible activation, but it will need to be boxed up. You’ve inspired me. There’s nothing quite like a 200mw, rock-bound QSO to make you feel smug, is there?

Great story, I spent a bit more and got the Frog Sounds version. 2 - 3 W and sidetone. Offset tunes OK but I’ve not had it in such temperature extremes. Rx uses balanced mixer. Still has the disadvantages of a basic DC Rx but will run off an alkaline 9 V battery.

There’s nothing quite like a 200mw, rock-bound QSO to make you feel smug, is there?

Definitely! And it also makes you appreciate even the basic features of a modern rig that one usually takes for granted…

Good job, Manuel.
I added simple sidetone for my 40m Pixie with 555: http://www.qsl.net/om3cug/news/pixie_40m.htm . It is really very useful for keying.
Good news for me is that 300mW power output is able to tune autotuner Elecraft T1 - I tested it.

Hi every one,
Thanks for the info.
I ordered 2 of them, so very next will be on the air 2 Pixies activators from F/AM-land.
It will be my first qso with a “home soldered Kit”.
Gerald F6HBI

What a great story! I saw those el cheapo transceivers on eBay a few weeks ago and wondered why I hadn’t read about anyone using one for a SOTA activation. Then you did it. Now I wonder if I need another project to procrastinate over. . . I’ll have to think about that for awhile. 73

hi Gerald
when you are ready : a first S2S in Pixie !
Sure we can do it
I take my “Youkits” in case of "assistance"
73
Alain