Probably the most rained SOTA in Spain: EA2/NV-186

There’s a 1-point summit not too far North of Pamplona which has only been activated twice so far, once in 2015 by Juan Carlos EA2EEB and again this year by Alain F5ODQ.

I have several times looked at possibly activating this summit some day because the area where it’s located strikes me as a very beautiful one and I really feel like going there some day. 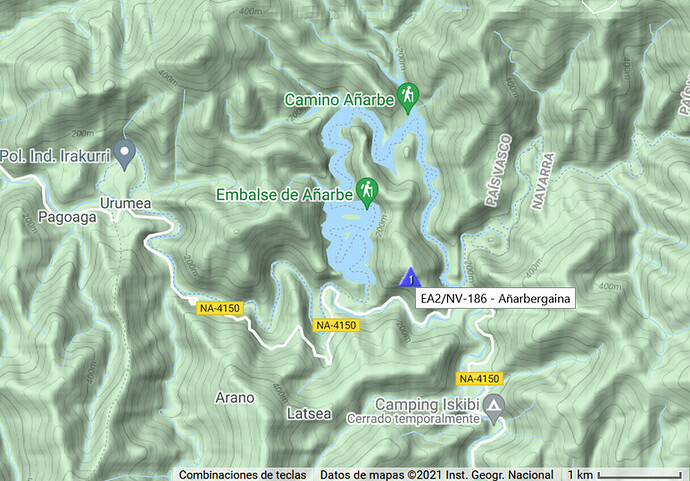 imagen773×539 151 KB
But, it’s just 1 point and the driving involved from my QTH must be in the order of 170 Km round trip, so for one reason or some other this activation hasn’t happened yet.

I have several times written in the Reflector that it rains quite a lot in my QTH EA2/NV and this is what I found today while reading the local newspaper on the web. They say that the Spain’s municipality having the most rain throughout the year is Goizueta, in Navarra.
I went to SMP to find which SOTAs there are around Goizueta and I found it was Añarbergaina EA2/NV-186 . 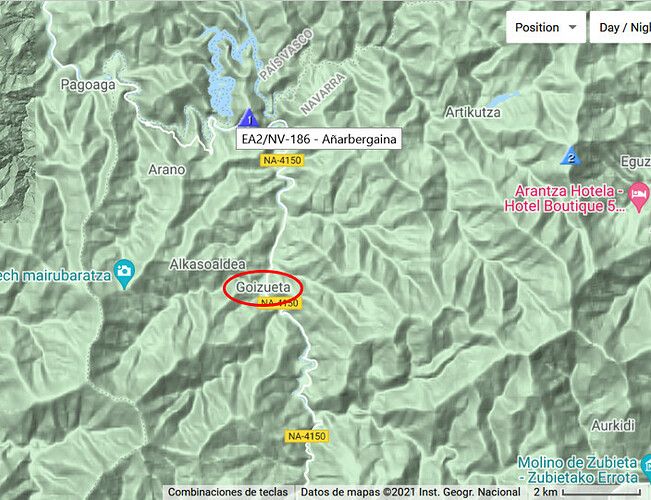 The news said it rains more than 200 days a year in Goizueta and the average annual precipitation is over 2500 l/m2, when the overall Spain’s average is 641 l/m2. This means almost 4 times Spain’s average! 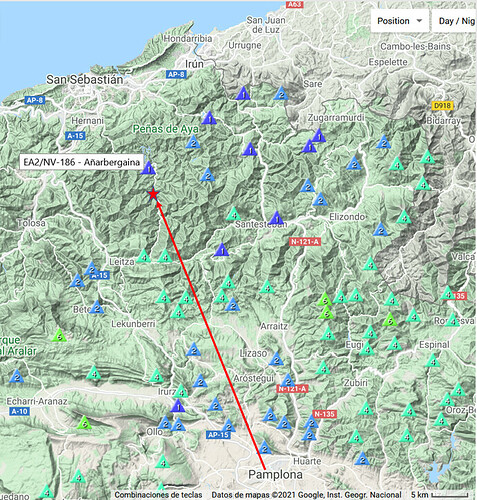 I think I’ll have to get my waterproofs ready when I’ll decide to go for that activation.

I agree, the rain in Spain falls mainly in the mountains of the North.

Hollywood got it wrong… 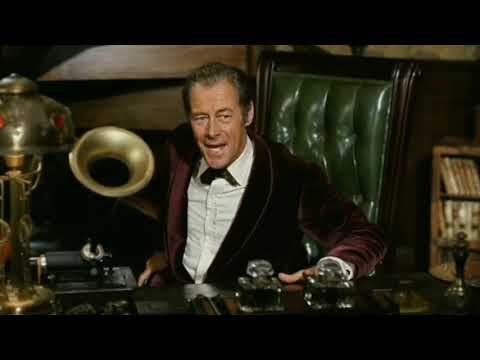 But best wishes for your planned activation.

the rain in Spain falls

The wettest part of the Lake District is Derwent water with 3.3 litres/year and 200 wet days.

Not that I want to get into what might be called colloquially a ‘pissing competition!’

The 2500 l/m2 are litres gathered per each square meter
But we don’t know if those 3.3 litres are gathered in Derwent water per each squared inch, squared foot or what other surface unit.

Not that I want to get into what might be called colloquially a ‘pissing competition!’

Neither do I.
However, let me show you what I’ve found on the web: 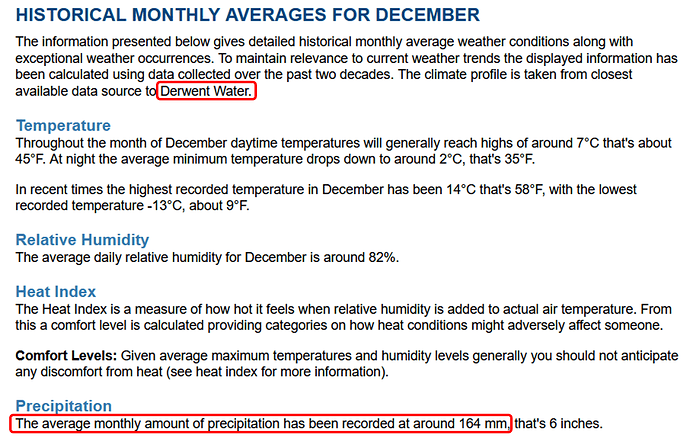 @M0NOM Mark meant metres. The wettest inhabitated place in the LD gets 3.3m a year. The wettest uninhabited place is the well named Sprinkling Tarn at 5m per year.

I get the feeling I’m going to learn about rainfall properly which is great.

All I know right now is it is wet in the Lake District!

Oh, and I’m quite happy for somewhere else to be ahead!

I am amused the link I posted about rainfall is called “Visit Cumbria”. Is the amount of rain a tourist attraction?

Is the amount of rain a tourist attraction?

No doubt, if properly advertised

Hi dear Guru,
I’m afraid if the massive rain continue in Pamplona we should take a plane and go activate in Britain that will be much better than here…

Surely Derwentwater is wet all the time?

It chucked it down for 2 hours whilst supporting a running race at Sty Head, spitting distance from Sprinkling Tarn. It was the ‘height’ of summer

Ok. So where is the wettest inhabited place in the world?

Milfird Sound at 6800mm a year would be NZ’s contender.

Milford Sound (Māori: Piopiotahi) is a small village located deep within Fiordland National Park in the Southland region of New Zealand. It is located at the head of the fiord also called Milford Sound / Piopiotahi. The village and fiord are one of the most visited places in New Zealand, receiving about one million day visitors per year. Māori were mostly mobile and there is no evidence of permanent settlement in this location. The first European person to live at Milford Sound was the explore...

But there must be wetter places elsewhere in the world to activate peaks!

That song was originally the basis of one of the elocution lessons in My Fair Lady, a stage production set in London and no doubt first performed there. Nothing to do with Hollywood.

Rex Harrison must be the original rapper. Unable to sing much, he spoke his lines instead of singing. he was ahead of his time.