Having read the report from Martin OE5REO on the Himmeleck OE/ST-090, I looked again at the Seckauer Alpen for something more challenging as I build up my physical condition for my trip to Iceland, which is now less than 2 weeks away. Low and behold, there were still a few unactivated summits in the area. Pletzen OE/ST-429 looked very do-able, with only 1000m height gain and about a 13km round trip. When I looked closer, the Sonntagskogel OE/ST-488 was just to the North, a few kilometres away. I decided to go big and try to do both in one day, even though it would involve over 19km of walking and about 1713m of ascent. There was a small risk of thunderstorms forecast, so I decided to set off as early as possible. I set the alarm clock for 04:00 in the morning and was heading up the mountain at about 06:40: 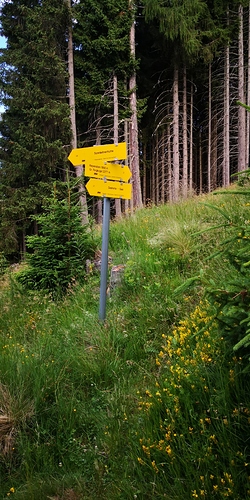 The air was still cool and it was very pleasant climbing up through the forest before the real heat of day set in. To get to Pletzen, you have to first go over the Großer Ringkogel, which is a fairly big mountain in its own right: 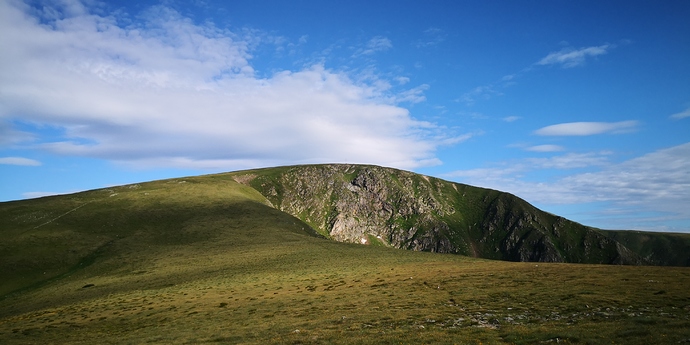 Once at the top, the way ahead to Pletzen comes into view: 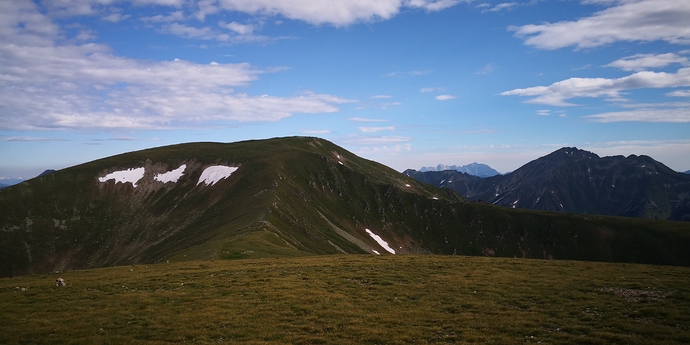 At this stage I was going well and not feeling at all tired, thanks to the training I am doing at the moment. When I got to the top of Pletzen, there was quite a chilly wind blowing, but luckily, the summit cross was in the lee: 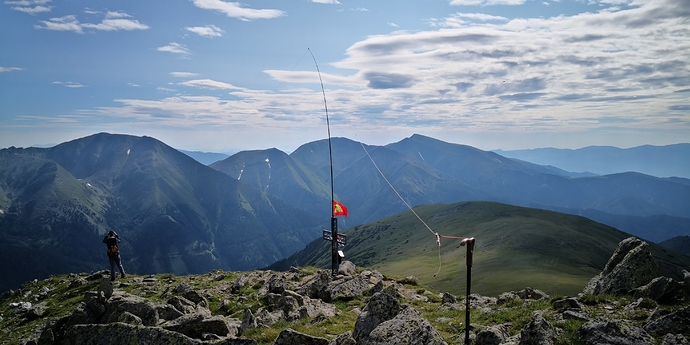 Whilst setting up I met a ex OM called Heinz (formerly OE6HHG), who immediately recognised the antenna mast. He was very impressed with my flight deck and made lots of close-up photos as I was plugging everything in. He is now an SWL, but also learnt Morse in the Navy: 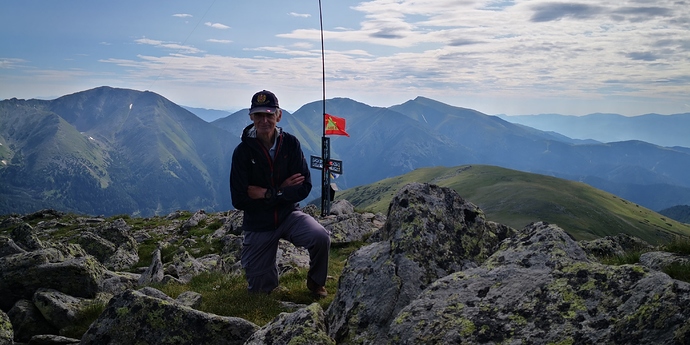 I only got a few local contacts on 10m, so I quickly moved down to the usual 20 & 40m. Today was also a good opportunity to test my new Garmin In-reach for spotting via the Iridium satellite system. When I remembered to put inr.ch at the end of my messages it worked perfectly.

Once finished, I packed up and turned my attention to the Sonntagskogel: 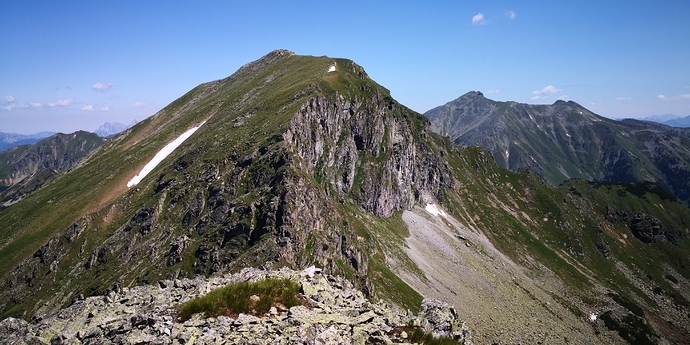 I was a little bit behind schedule, but I decided to see how it would go time wise. There are some escape routes if the weather turns bad, it just means a really long walk back to the car. There is no path marked on the map, but the way is not too hard. There is some moderate scrambling needed to access the upper slopes of the Sonntagskogel, but coming down is harder than getting up. Once at the top, I was able to attach my mast to part of the summit cairn, which saved time. I noticed that I was starting to feel quite tired, and my lungs were aching with the lack of oxygen. The Sonntagskogel is 2343m high, which is where most people start to feel some mild effects from the altitude. Had I just gone straight down after Pletzen, I probably would have recovered straight away. But going for a second summit really got the muscles aching. Despite the seeming isolation of the Sonntagskogel, a small family joined me on the summit and were good enough to take a picture: 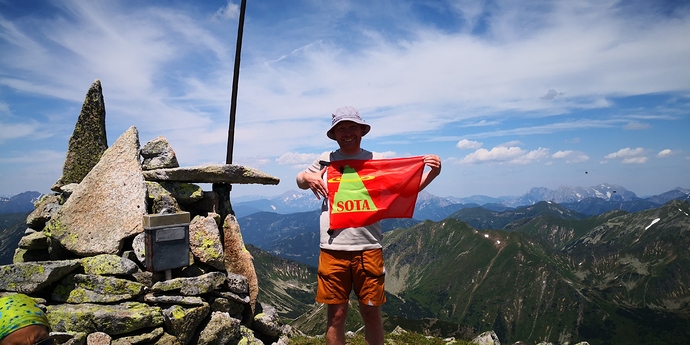 I was pleased that I could use just rocks to set up, it made life much easier: 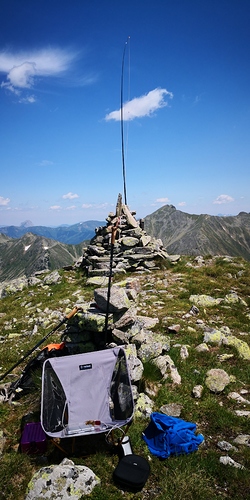 The view north to the Dachstein was amazing:

The weather was perfectly settled, but I still wasn’t looking forward to the way back. Going downhill was ok, but uphill wiped me out straight away. I felt really weak and tired as I climbed back up Pletzen. Luckily, I was able to contour round without having to go to the summit, and I was soon heading downhill again. Thankfully, the way up the Großer Ringkogel from the col is a very mild incline, and I managed it without resting. Finally, I got to look down the mountain at the way back to the car. It was a major relief and I really felt close to my limit today; 19km is further than I have ever walked for SOTA. I just hope I’ve got some left for the ARDF meet at Dobl tomorrow.
Thanks as ever to all the chasers.
73 de OE6FEG
Matt

PS. Allow at least 10.5 hours for a reasonably fit person to activate both summits.

Soon on some days off, too, but I’ll use the SOTA activity for coping with the good cuisine.

I came second to last in the Fuchsjagd today🥴.
Well, it was my first foxhunt ever, and I learned a hell of a lot: like not to go bushwhacking, the foxes are always reasonably near the path.
73 de OE6FEG
Matt