For the Sota weekend I decide to activate Pen y Fan and Fan Fawr in the Brecon Beacons. From where I live in Buckinghamshire its approximately a three hour drive, but as my brother lives in Langstone, I drove up to his house late friday evening and stayed the night, setting off on saturday morning at 5.30am. This proved to be a good plan with virually no traffic during the whole journey.

I arrived at the carpark near the Storey Arms centre at approx 6.30am. There were a few people around, but it was not busy.

My new rucksack, a Karrimor Sabre was to get its first proper outing on this trip and I had it well and truly loaded with IC7000, 12Ah slab + 13Ah Nimh,10m fishing pole, 2m quad, Waterproofs, Bivi, primus stove, water, frozen sausages etc.

I crossed the river by the end of the carpark and set off up the very obvious path, bypassing Corn Du http://www.flickr.com/photos/g6sfp/3500300987/ I reached the summit relatively quickly and setup camp on a grassy area well away from anyone. 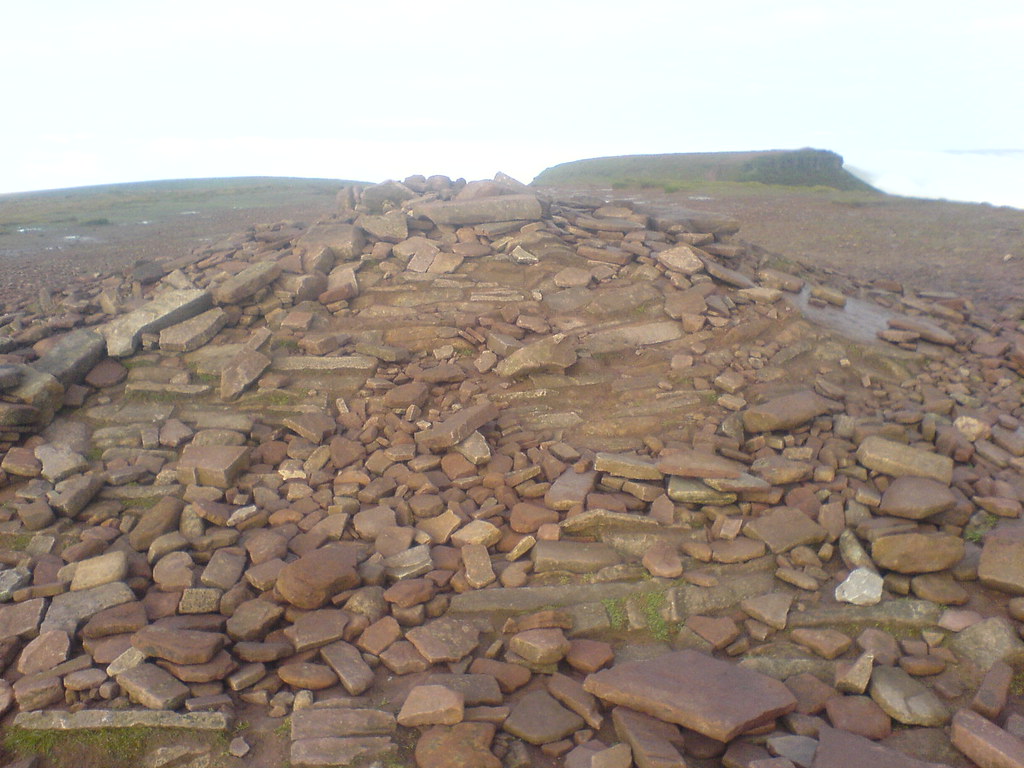 I setup a linked inverted V dipole and tried 60m with 50w output, this resulted in 3 uk contacts, so I moved to 80m and was immediately greeted by Peter ON3WAB, who told me he had been listening on 60m where I was 59+. A further 23 contacts were then logged, before I moved to 40m and worked S57D/P for a summit to summit contact. My plan at this point was to keep the power output at 50w to extend battery life, work a run of contacts above 7.1 Mhz, search and pounce for any summit to summits and then try below 7.1 Mhz for any French stations, before moving up to 20m, 10m etc. I moved to 7.115Mhz and quickly realised that Sporadic e was in evidence, with a number of UK stations calling in and very strong qsb. It was quite tough going with people not listening and randomly calling over the top of each other. In the end I cranked up the power to 100w and it became a bit easier. 35 contacts later the pile up ended, so I looked around and found HA3HK/P on 7.112Mhz, I called him, he repeated the first part of my call, I called again and the rig turned off, the battery voltage had dropped ( the IC7000 needs a relatively high voltage to operate). I quickly turned the rig on again, turned the power down, cuddled the battery and tried again, again he came back with the first part of my call, but another chaser jumped in first. This went on for a few minutes, until the rig switched off for good, so that was a summit to summit that got away.

It was still a bit early for lunch and so I packed up and headed back down the hill, detouring via Corn Du. The path was now full, with an ant like procession of families and grandparents wearing tshirts and flip flops. The car park was now completely full with people sitting next to their cars on deck chairs, admiring the burger van.

Having lugged my primus stove and semi frozen sausages all the way up to the summit and back, I decided to cook them in the car park and fabulous they were too.

I replaced the 12ah Slab with 4ah and 5ah LiPo packs and threw an Ft817 into the pack for good measure.

I crossed the road and headed towards the car park opposite the Storey Arms, where I found a gate, but no obvious path. I headed towards the summit until a well worn path became obvious. The summit was found to be wide, grassy and no one else was on it - perfect !. 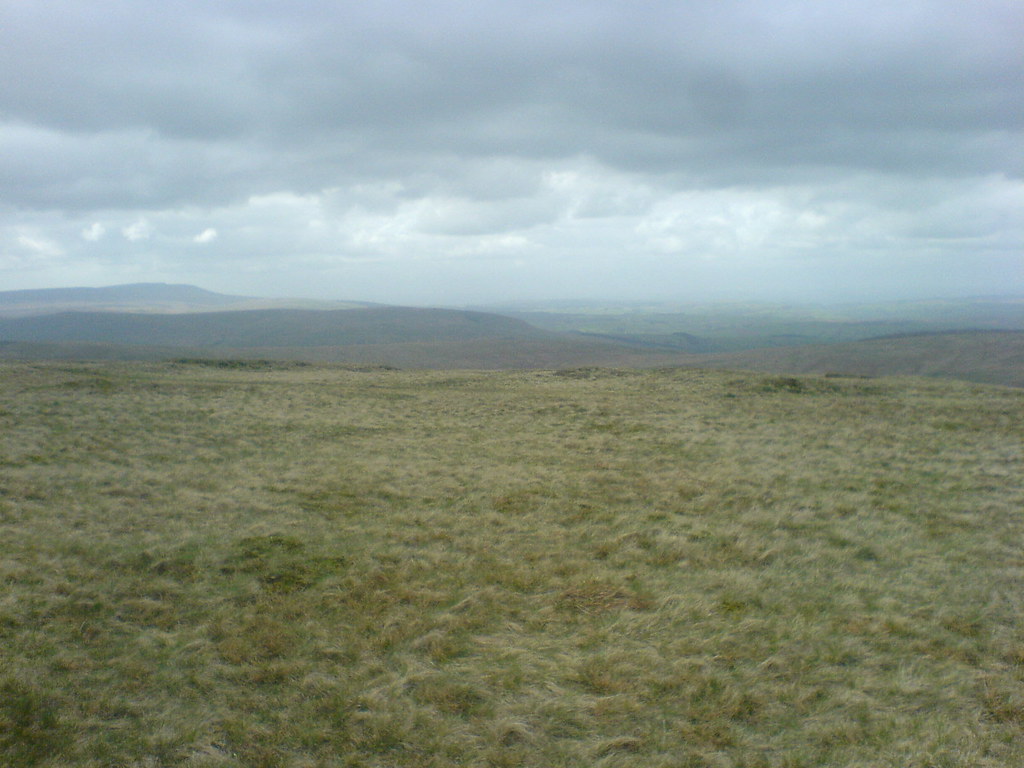 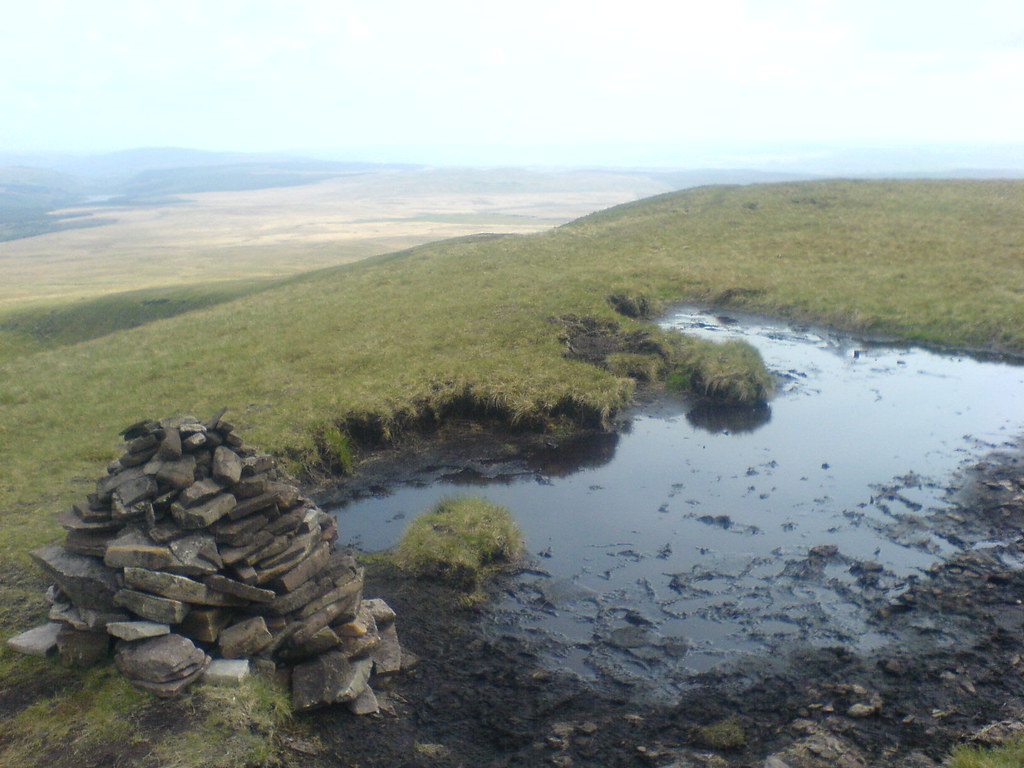 The mast was setup and a 2m quad connected up to the ft817. I heard GW4OIG/P talking to G6WRW/P and M0YHB/P, but they didn’t hear me. Eventually I cracked the GW4OIG/P pile up for a summit to summit, followed by an MW, EI, an OM7 got away and then GW0VMW/P for another summit to summit.

2m seemed slow so I setup the inverted V and called cq on 20m with a short run of 24 contacts, including summit to summit contacts with G6WRW/P, M0YHB/P and G3TJE/P. A couple of contacts on 40m were then followed by 7 contacts on 10m.

It was getting cold on the exposed summit and although I had lots of battery power left, decided to call it a day. I took a more direct path back to the Pen Y Fan car park, which was a bit of a mistake as the ground was quite wet. 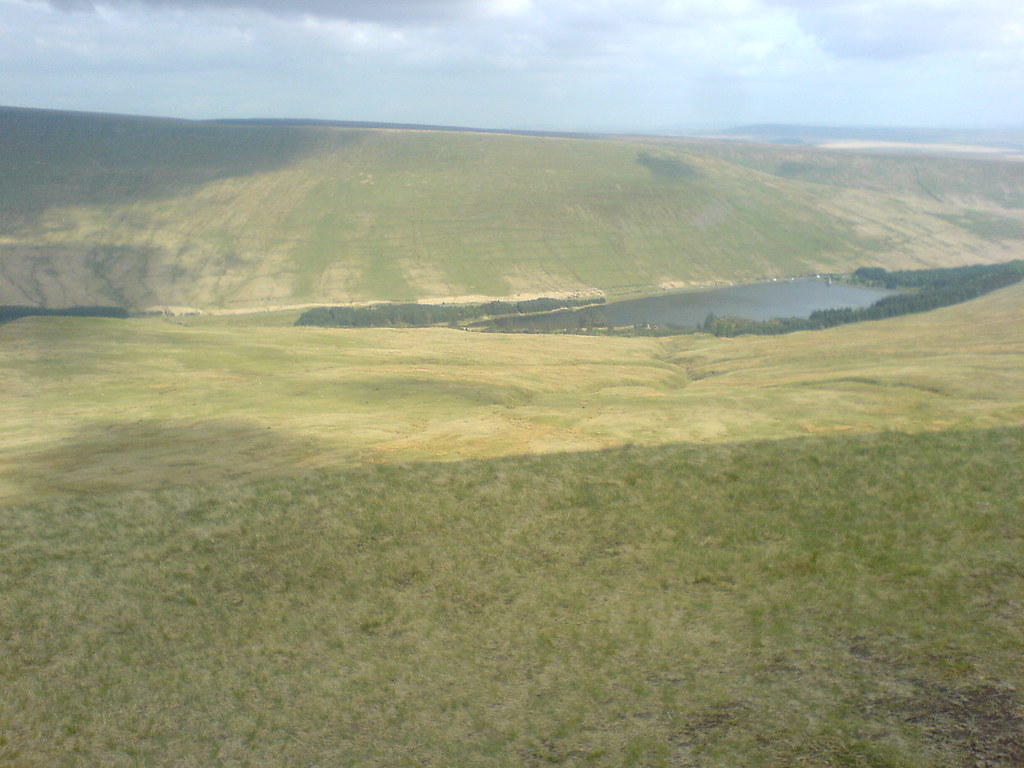 This was to be a quick one point summit on the way home, but I abandoned the attempt after meeting a (very nice) farmers wife on the narrow track who told me I would not be able to get my car up to the parking spot. It was blocked by geese anyway, so I thought it was time to go home.

The drive back was fine and I was greeted by my four year old daughter, who had missed me and wanted to know if I could buy her a new bike.

All in all it was a good day, 100 contacts, 2 new summits activated, 14 points and a few lessons learned.

Thanks to anyone that called me, hope you all enjoyed the sota weekend.

In reply to G6SFP:
Hello Nigel,

thanks for S2S QSO. You had strong signal on Limbarska gora. HPE CUAGN …

In reply to G6SFP:
100 contacts & 2 summits…fantastic!
Pen Y Fan looks beautiful
Thanks for the report,
Tom-N2YTF

Sorry about the delay in getting in QSO Nigel - Ric GW0VMW/P on Mwdwl-eithin NW-047 got in first… and I did have a chat with Carolyn and Helen.

Well done on the 2 summits and on the “ton”.

Hi Gerald, no apology needed, I was just trying to convey that my signal was a bit puny and not strong enough to crack your pile up. Thanks for the s2s, the only one for me on VHF.

International SOTA weekend was very enjoyable - thks to all activators/chasers.
I spent approx 5 hours on SC003 - 60 contacts and 21 S2S, mostly 40m cw and 60m ssb. I did call 2m ssb/cw with only 1 contact - grateful for HF!!