I searched for a new summit near my holiday QTH in Burgos association and found a curious one whose shape is not a standard soft rounded mountain.

Instead this rocky and sharp range differs a lot compared to what I’m used to visit in my native EA2/NV association. See more details below.

This one would be a complete for me as well.

Attention: some climbing is involved.

I approached the mountain from the near village of Cellorigo, hence the name of the mountain, although locals also name it as Peña Lengua.

The village is high on the area, and literally stuck in this mountain, creating a lookout towards the wide field in the South face, from which you can see in the far end, with naked eye, a massive Rioja and Burgos range whose highest mountains are San Lorenzo & San Millan EA1/LR-001 & BU-001. This village is a picturesque place that deserves a visit. 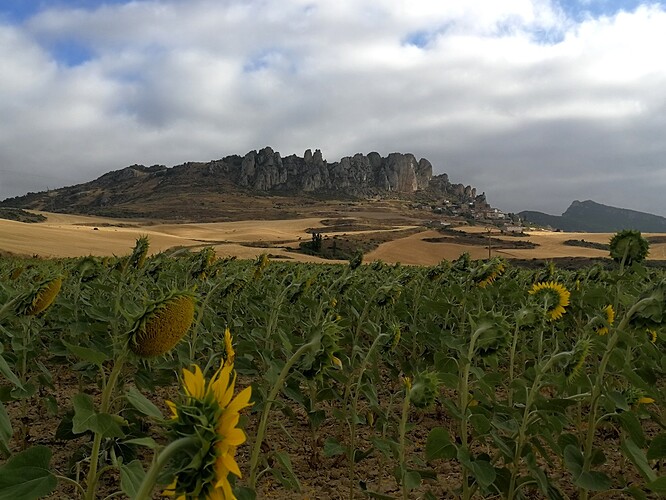 The mountain, despite not very tall, is an impressive collection of rocky peaks, with lots of spire that seem inaccessible. 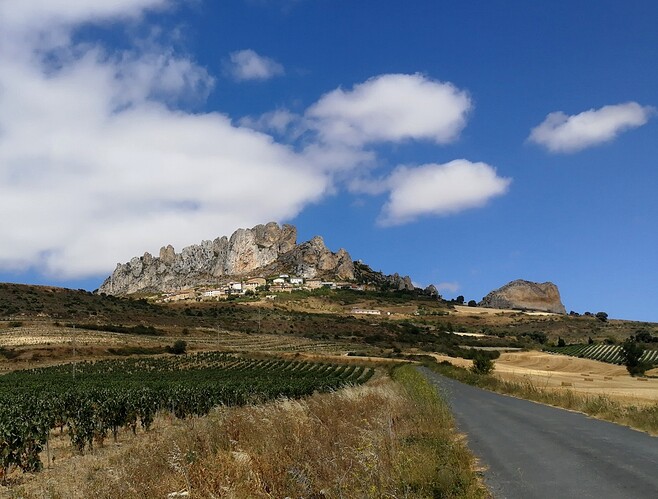 The climb is short and steep, and there is a clear path first, although a lot of precaution is advisable in this one. I wouldn’t recommend it in wet or foggy weather at all!

First you ascend between the peaks, going around the South spire, and reach a col. 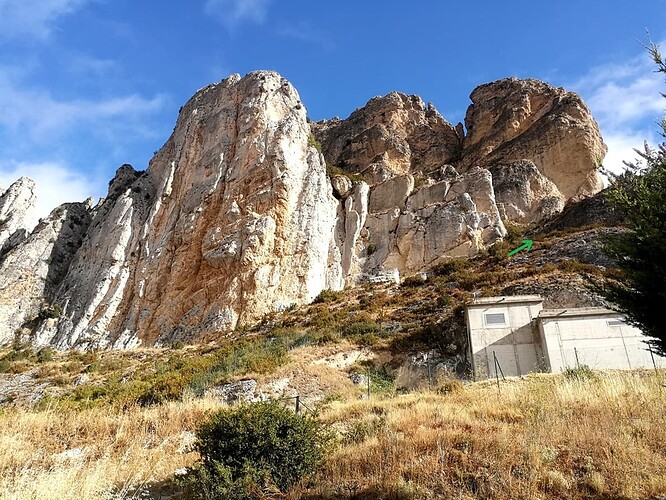 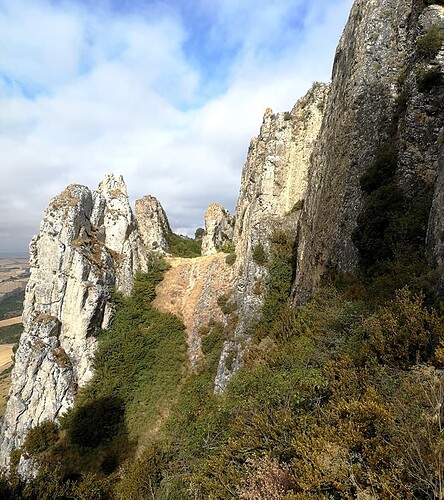 There you turn right to face the funny but challenging part of the climb, where you have to climb a vertical section of around 8 meters. Pay attention to find the start a bit hidden with plants: 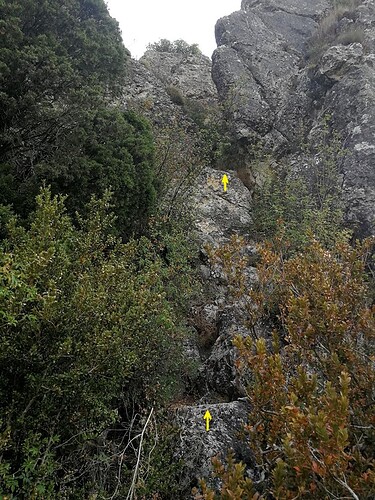 Hopefully there is a fixed rope to provide climbing aid in that part. Pay attention where you step and progress with calm. 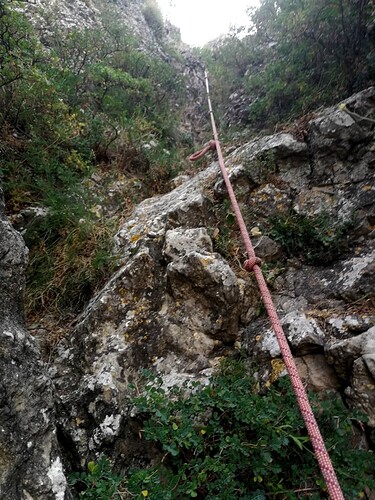 After this chimney pass, you soon face the last few meters to arrive in the top of the most visited peak, at 912 m elevation and marked with a small mountain mailbox. This spire is called “Castillo” (there was an observation point here time ago, therefore the Castle name). 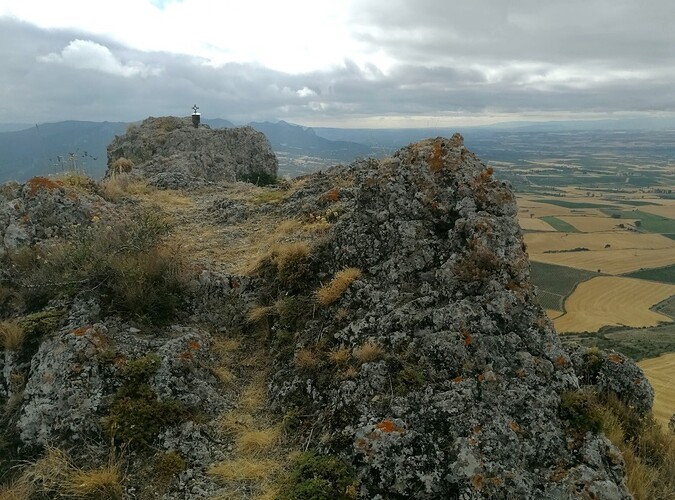 Looking back I saw the highest peak (914m) that is connected with this one and located about 40m West. Its basement is also after the vertical pass and, although I didn’t have an altimeter to verify it, I estimated that the “Castillo spire” was in the activation zone already.

In the other hand, access to this neighbor highest peak is more difficult and exposed, requiring gear and climbing skills I miss. 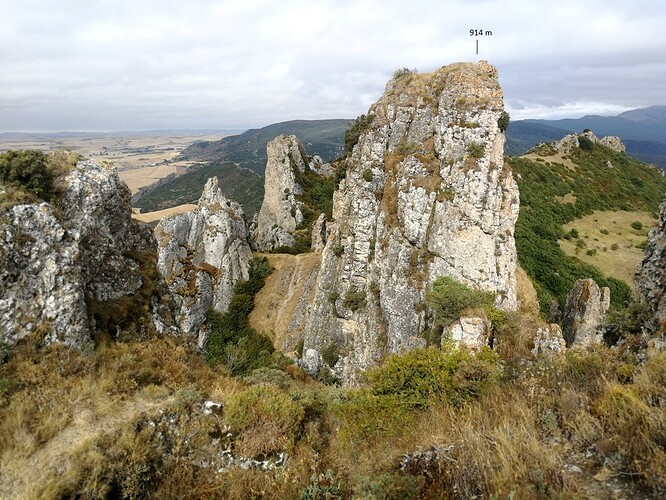 Once at the tip of the peak, I inspected the small space to decide where to activate.

Notice the small round excavated hole next the mailbox that was used for observation. 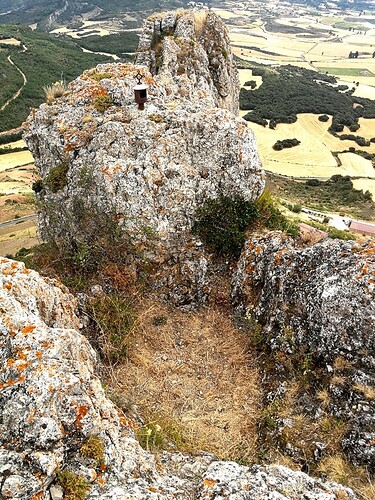 Setting an HF antenna on top was a no-go, as the ground is rocky not allowing to dig my tent pegs to hold the fishpole.

I decided to move down just a bit, where there was a side small flat area I could use. There I just laid my pole over the peak and extended my EFHW antenna as much as possible to provide some free space between the wire and the rocks. 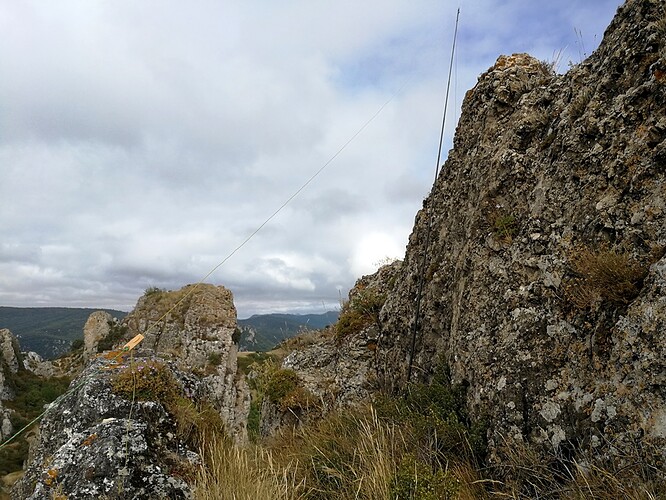 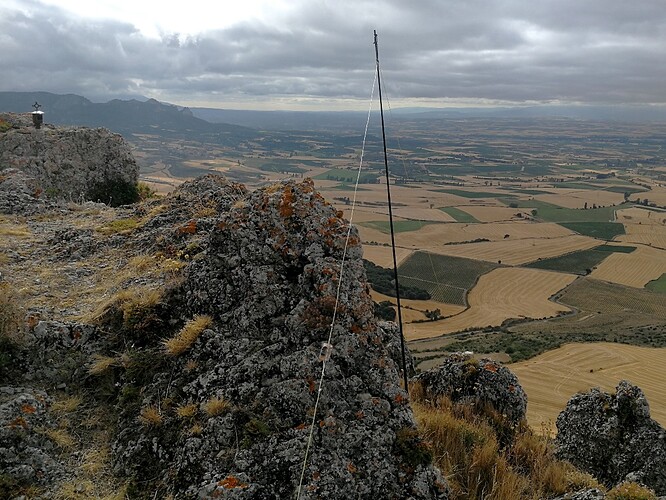 I tied both wire ends to some stones and thanks it wasn’t windy there it was the aerial deployed. You see it was barelly separated over the rock. 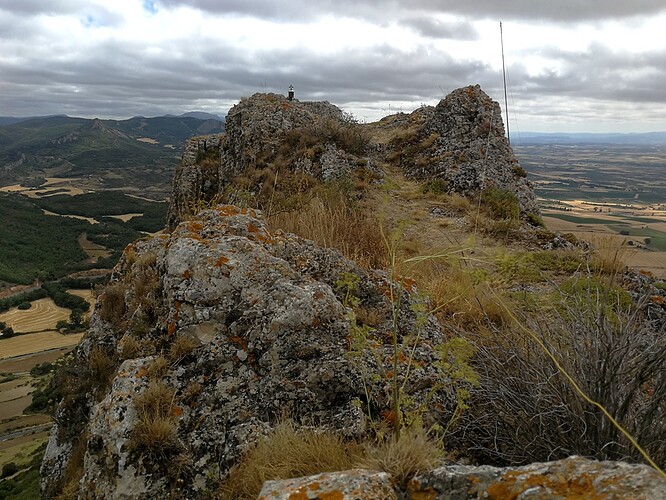 My shack was just hanging over the surrounding field giving a curious feeling: 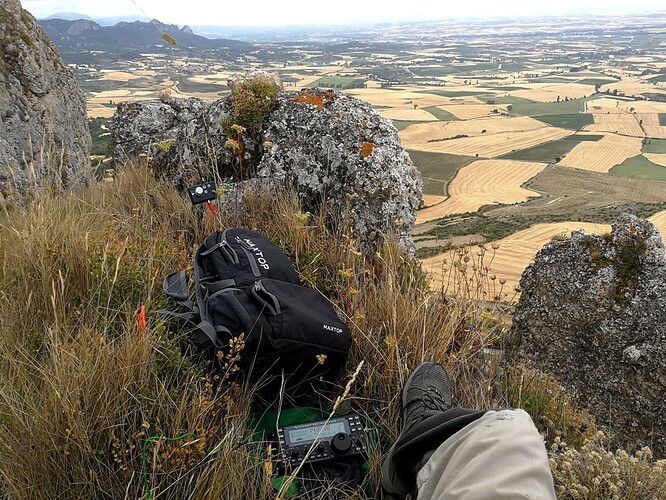 While setting my HF antenna I tried VHF first and logged 2 colleagues first. Then I started on HF, where I focused on 10-CW and 14-SSB. I also chased some S2S in 14-CW and 7-CW.

I logged a total of 34 qso and got 10 S2S. I did a shorter activation than usual to have more time to do a calm way down to avoid any bad step on the difficult section.
Thanks everybody for the qso.

A last picture before leaving the summit.

Thanks for the report and photos Ignacio. Looks like a great place to visit. Good job on the climb.

A last picture before leaving the summit.

First of all thank you very much for QSO today

Your activation report is very nice - many thanks.
You explained every detail very clearly, sometimes I think if I will ever so big patience to do it one day

Thanks all for your kind words.

Hi Jarek.
It takes some time to write reports and I try to do it for every new summit I visit.

I do it to record some info for the access in case I repeat it in the future or to give some aid to any other activator.

And I do it to keep my English active, it’s a good way not to forget it, and sometimes I learn a new word…

Patience, yes, I own a Master on that, because of my teaching career, hi.
73 Ignacio