I’ve been a bit busy lately and have had to sacrifice my Wednesdays to go study at uni, so I was glad of the opportunity to get out on a really nice sunny day. Now I have my Jahreskarte for the Gleinalm tunnel, it seemed sensible to make use of it and go skiing/SOTAing in the Obersteiermark. Tauplitz still has 3.8m of snow at the top of the mountain, so that was an easy decision. I set off at about 6:30 am, to make sure I was there for 8:30 and the first lift. The ride up is quite a long one, but it wasn’t cold and the first runs on freshly pisted snow were well worth the effort: 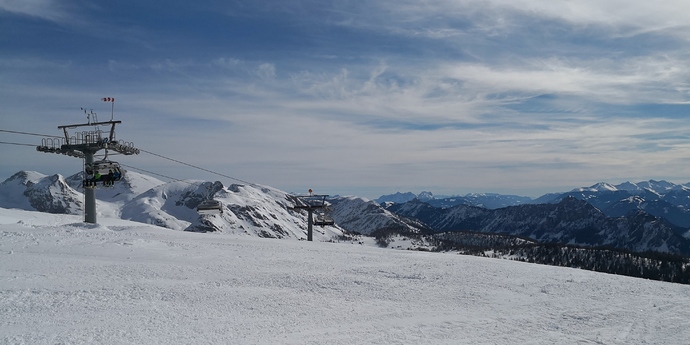 After a few runs I went back down to the valley to pick up my gear and dump some clothing in the car (I was sweating like a pig it was so hot). I got my pack on and, now with just my windproof over a base layer, felt much more comfortable as I headed back up the mountain. I had made a mental note of which lifts I would have to take during my first runs in the morning, so I was able to make good time up to the summit. The final lift is now closed as the Pommas are completely burried in snow. That meant I had to skin up the final section. When I got to the top I found plenty of stuff use as an antenna support: 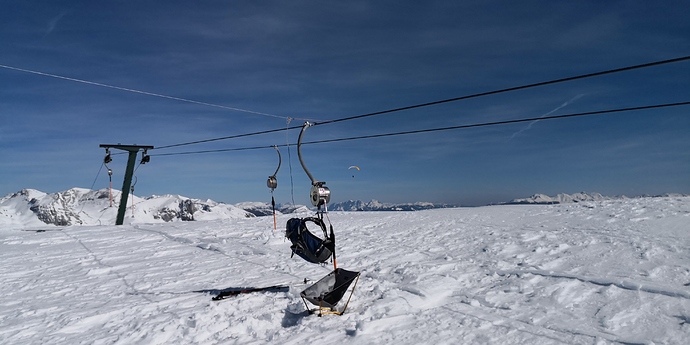 Warning: do not attempt to do this whilst the lift is in motion! You can see how the whole seat is now frozen into the snow: 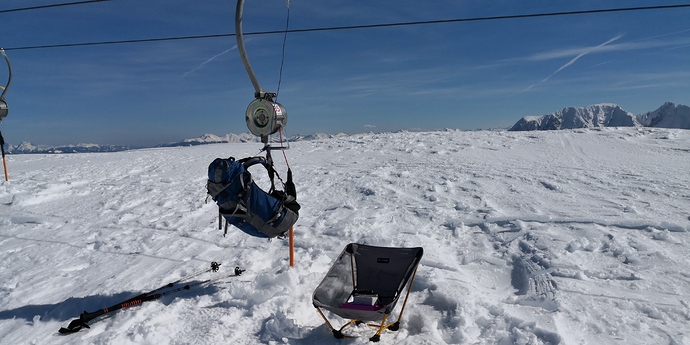 I had visions of them starting up the lift and dragging off my KX2; there was no need to worry, it would have destroyed most of the Pommas as well, so definitely staying put until spring now. The bands were not in good shape for me today, and the contest meant moving a long way up the band. One highlight, however, was a summit to summit in Morse code with Sylvia OE5YYN, who is improving rapidly. Nice to work you today Sylvia, will we be hearing you on 20m soon perhaps?

I got the usual questions about my antenna from curious passers by. When I explained I was a radio amateur and contacting people all over Europe (and the world on a good day) the response (from two young ladies in this case) was ‘cool’! It turned out they were also teachers, and we had a nice chat about shortwave radio. I must sort my SOTA flag out for the next activation.

After I had packed up I took one last look at the North Face (the easy side) of the Grimming: 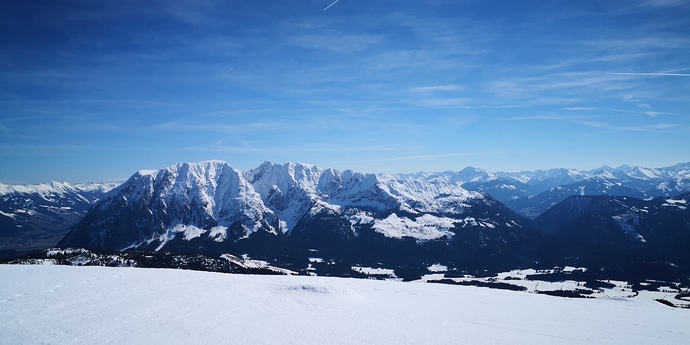 Now a very different proposition to the enjoyable scramble I did at the end of summer. You’ll be earning your 13 points if you manage that one!

- very much appreciated! Our summit Tamberg OE/OO-340 is not really a good skitouring mountain (it’s all steep forest down) so we had to resort to our snow shoes for the ascent. There is still a lot of snow around on our (northern side) of the Alps although there were was a nice patch of (yellow) grass just below the summit. 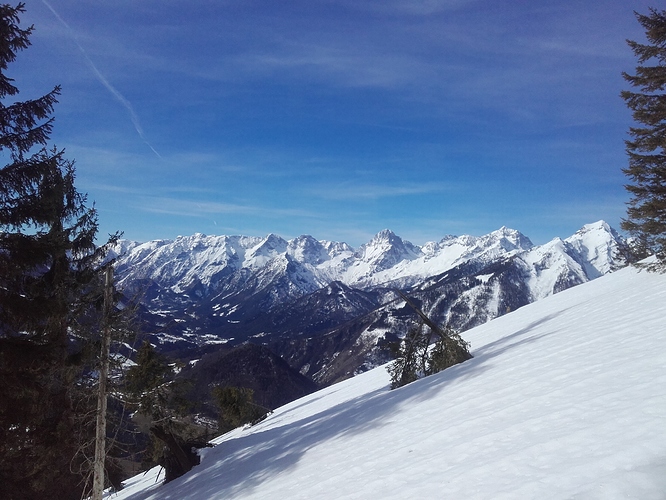 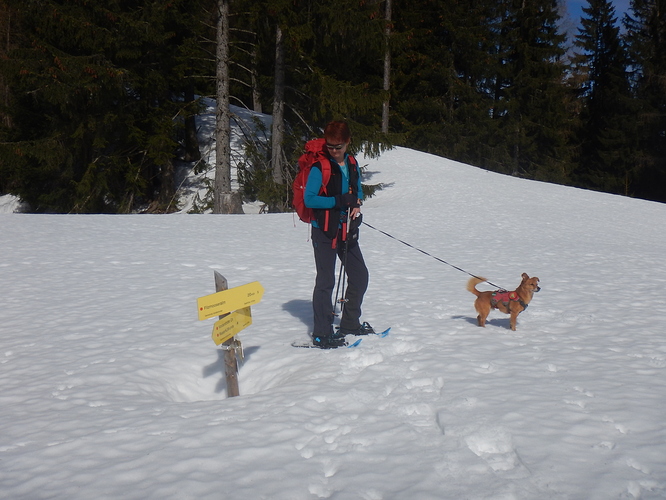 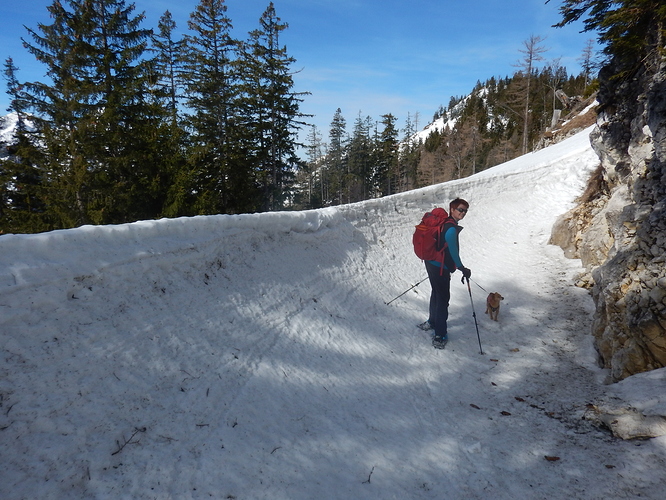 Snow shoes would have been helpful here on the south side of the Alps, where snow cover is much more sporadic. Perhaps I will invest next year.
73
Matt