G/NP-003
It didn’t seem a terribly good idea when the alarm went off at 06-50 this morning but as the sky gradually brightened my mood improved. I am very lucky to live 20 mins drive from the parking spot for G/NP-003 Burhnope seat 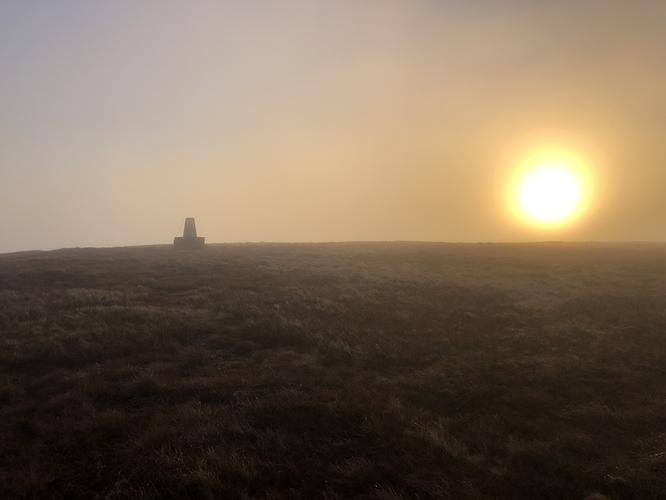 IMG_1312.jpeg2048×1536 348 KB
80 was a bit quieter today (Although early enough to get good propogation possibly a bit too early for some chasers on New Years Day ) so I also tried 60. All in all a sucessful activation and although not as spectacular as some of the peaks seen on the Reflector not a bad start to 2019! 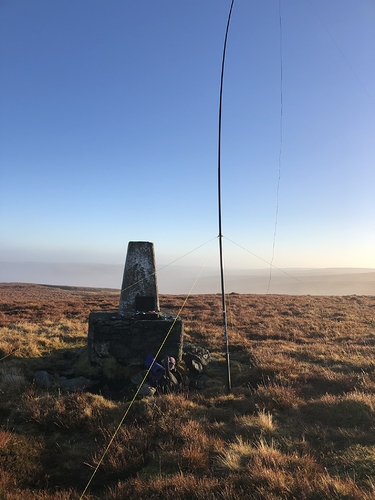 I’m presuming you have started this thread for all Jan 1st. activators Paul?

Just a short note from me in the form of an apology to those who tried to call me on DL/AM-060 this morning. I was fighting some heavy QRM, the elements and my rig seemed to be fighting me. I also had issues self-spotting. Sufficient to say in 45 minutes I only managed 2 contacts, one with SA4BLM, Lars on 20m and one with Coen PA5KM on 40m both of whom were enormous signals, before heading down into the warm.
I will post a full report with pictures later in the week on my blog at dd5lp.com.

Yes - I was hoping that others would reply, and to be honest just amazed that the weather was so good today!

I had a quiet and relatively sober Hogmanay and that meant I was OK to drive this morning. The WX forecast was good so I was off to The Craig Of Monievreckie. I’ve done this summit a few times before on New Year’s Day, it’s becoming a tradition. It’s a fabulous wee 1pt hill with an open Southern aspect over the Lake of Menteith which is only one of two “lakes” in Scotland, the rest are “lochs”. To the North you look into the start of Munro country around Crianlarich area. Best of all it’s only 1hr drive and 1hr walk to the top. Not a serious climb but good for the body after Christmas excess!

The sun was shining, the sky was blue so I put on some sunglasses. I knew that would cause the sun to runaway and it did

But it was glorious on the walk in till the sun went a bit AWOL. 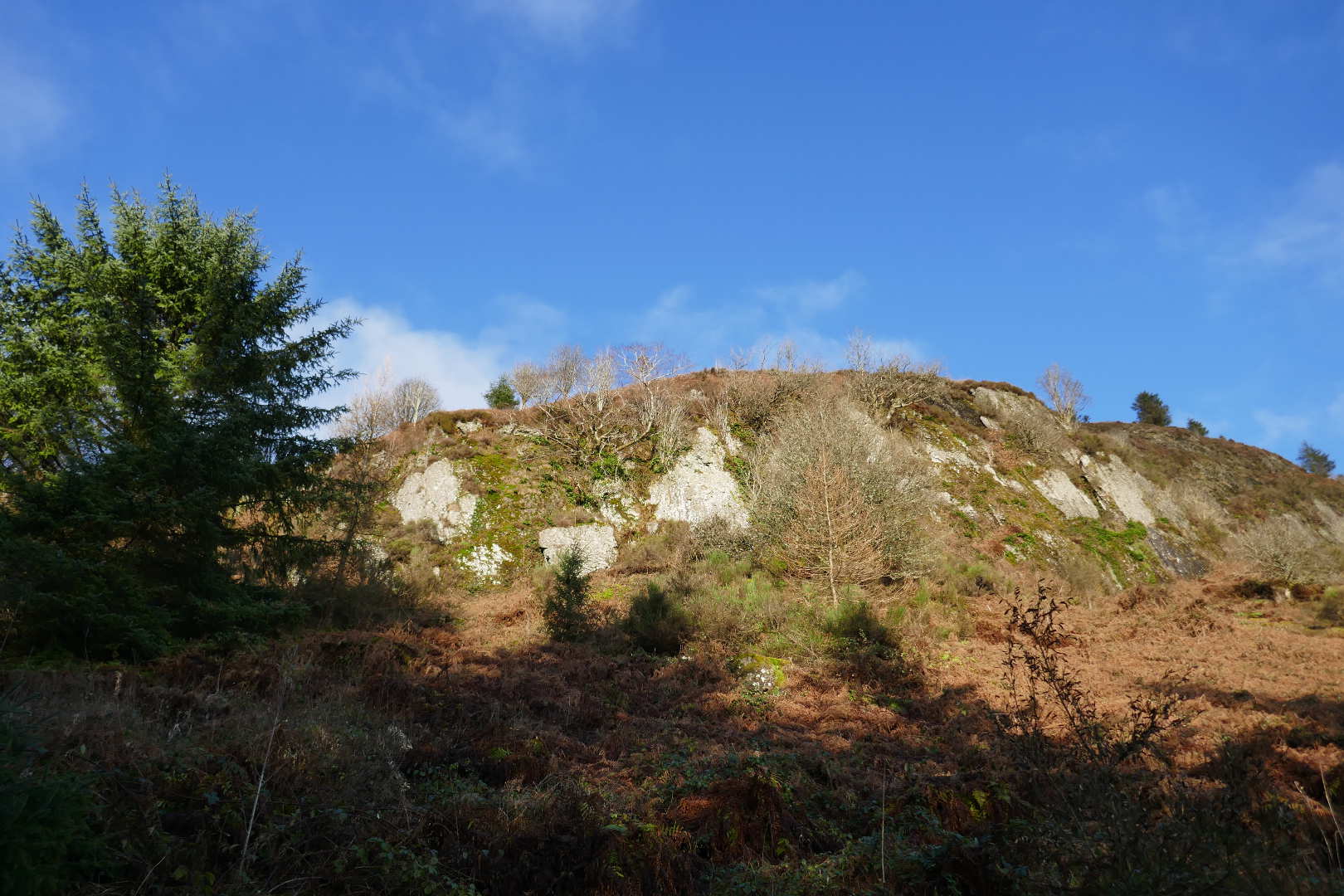 Later on it clouded up some and got colder, a lot colder. What is amazing is how mild it has been and so there is little snow about. There are just a few patches of snow clinging on to GM/SS-002 Stob Binnein in this photo and that’s a 1165m summit and is the 18th highest mountain in Scotland. 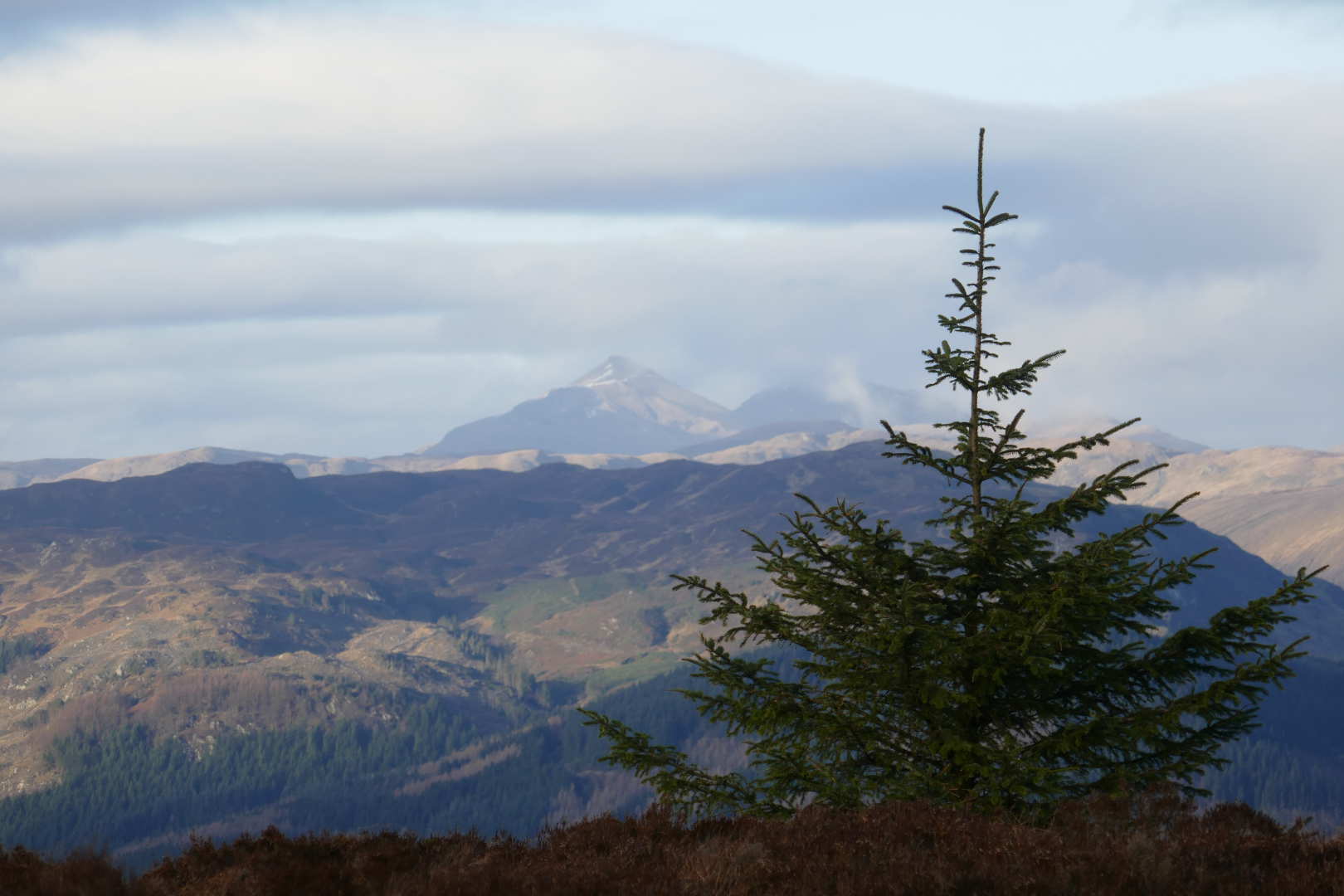 I worked 30m CW, 60m SSB, 40m SSB and 40m CW. 60m was brilliant with large numbers of very strong chasers. I was going to do 20m but I was just too cold. There was a persistent breeze which was very cold after 1hr30 exposure. It’s cold now after a mild week, the gritters were out in force on my journey home and all the cars outside are now white with frost.

Now sometimes, you have a QSO on an activation that makes it all super special. A few years back I made an effort to activate Morvern summits on VHF so Robin GM7PKT could chase them for the completes. This November I struggled to ensure Victor GI4ONL got a complete when I was on Fuerteventura. These just felt good to be able to give someone a buzz from my activations. Gerald and Paul were up bagging summits just after Christmas and it was great fun chasing Gerald for completes using a 35 year old FT290Mk1. Those summits are not on the air too often and chasing them with a vintage QRP radio and simple antenna gave me a buzz.

Today’s super special QSO started with an S2S with Peter OE5AUL on 40m CW. Not too strong but workable easily. I thought I know that call… who is it though? Then he told me Sylvia OE5YYN was taking over the key. Ah yes, I do know who it is, Sylvia’s husband! Funny how you remember when you’re told the answer! I then had the pleasure of a CW S2S exchange. Considering she only started revising her CW skills recently after a 30year gap it was a pleasure to be able to work her on the key. I think her sending was better than mine… perhaps her hands weren’t so cold! Anyway, it was good to see she has progressed to activating in CW.

Thanks for all the contacts and all the best for 2019.

When will it end…my last three activations have been wet, wet, wet, today was no exception. Arriving at the car park at SN 075321 it was evident that I would need full waterproofs today.

The radio made up for the rain with 38 contact in the log. 20 contacts on 2m, 13 contacts on 60m, 5 on 80m with 10 s2s included in the total. I was slightly surprised and confused to be called by two special callsigns GB9WAB and GB50WAB … thanks to the Worked all Britain gang. They are celebrating a very special year this year…50 years of WAB …plenty of awards up for grabs. Good Luck in 2019.

I think one S2S got away as I answered a call by Paul G4IPB twice…did you call me Paul? 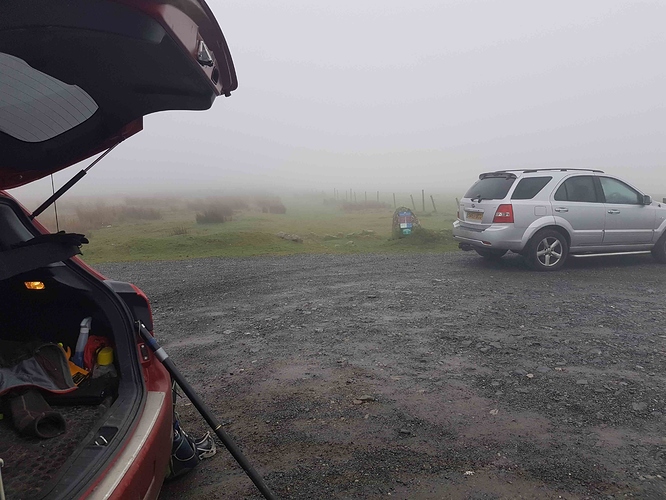 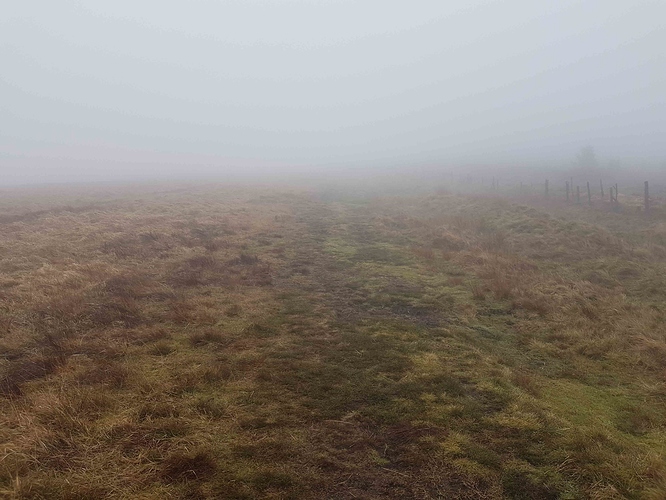 No views today of the Preseli mountains 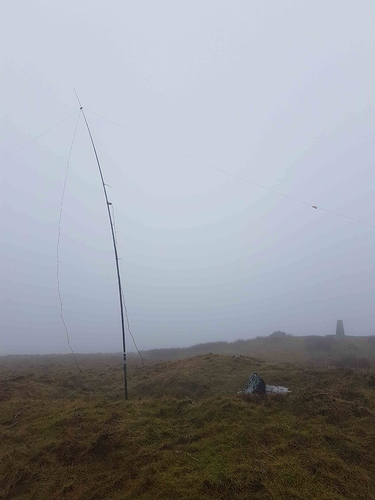 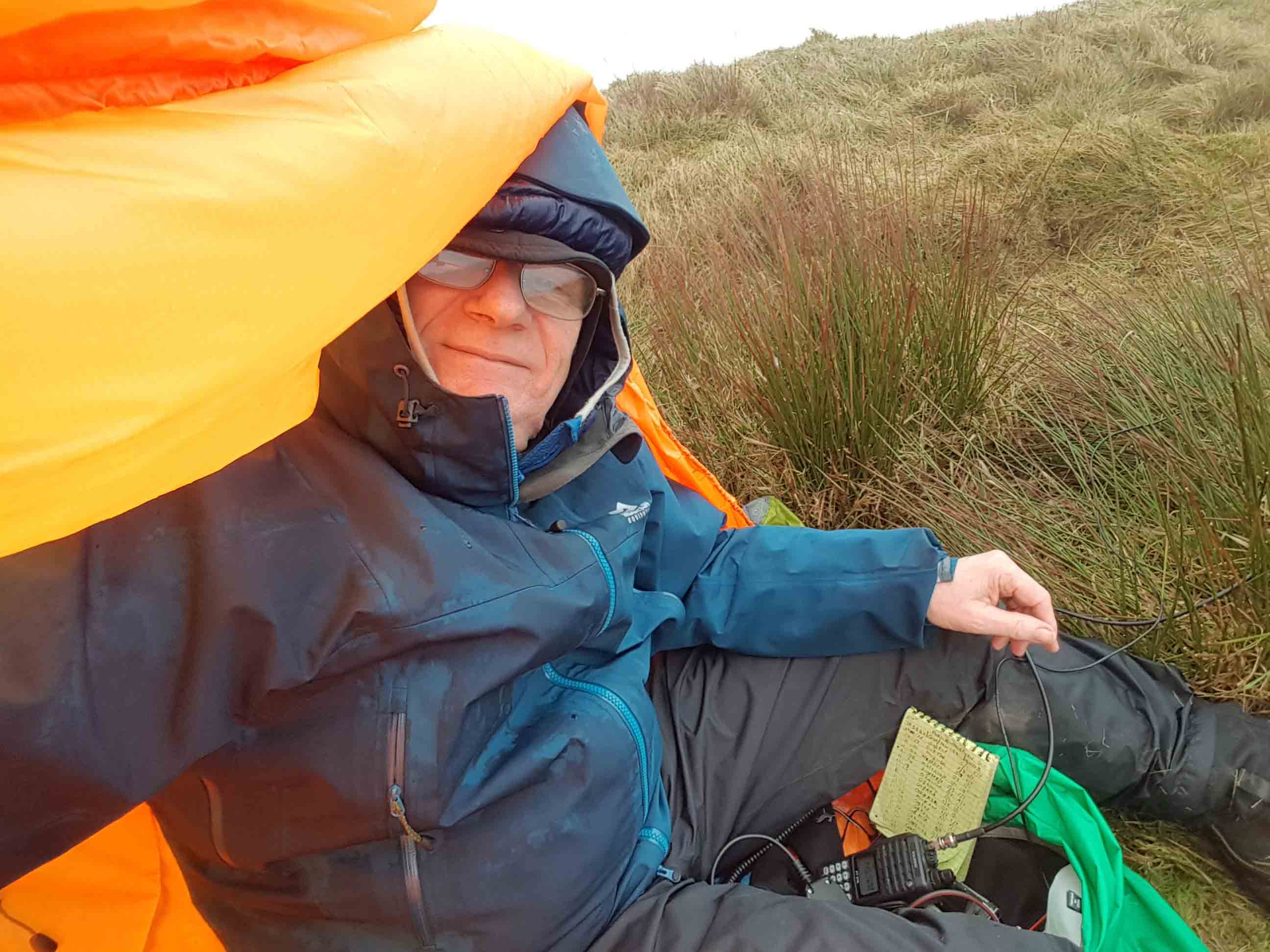 Taking a look out at the weather 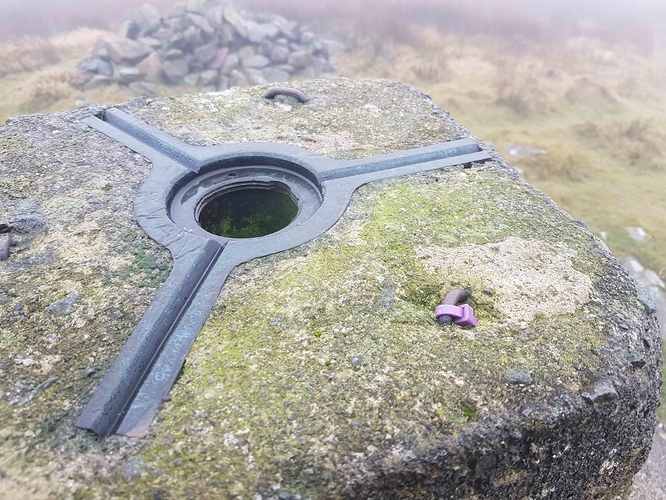 Found one of these on the Trig … never seen it there before? 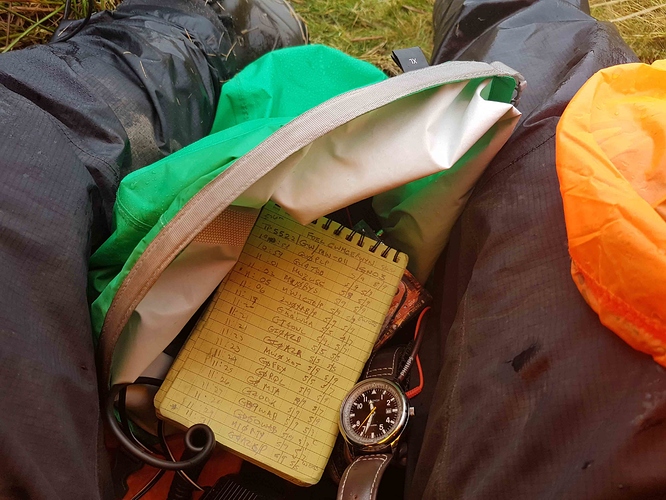 Some well known chasers and activators in the log.

Thanks to all the chasers and activators. Happy New Year everyone

Then he told me Sylvia OE5YYN was taking over the key.

Thanks a lot for the S2S-QSO! As far as I know it was our first contact on the band AND our first in CW. I got my own CW key for Christmas from Peter, so had to try it out!

Both of these hills are usually easy to qualify on 2m FM, so I decided not to deploy the HF linked dipole. Probably a good call as visibility was poor, and lots of people passed by including some boisterous young families.
Anyway, I managed 6 Qs from Corndon, and 25 from Stiperstones when everyone had woken up!
It was good to catch many familliar callsigns, including 5 S2S, all on 2m FM from the FT817 to a wire J pole just above the rocks.

A couple who were obviously not local asked me which rocky outcrop on Stiperstones was the “Devil’s Chair”. Having given them my opinion, I added that local folk lore says that when the cloud is down, he is in residence. There was a pause of a second or so, at which point my pole telescoped down with a dramatic clatter behind me

Thanks to all and Happy New Year

It was really a Beautiful day - see following a few impressions… 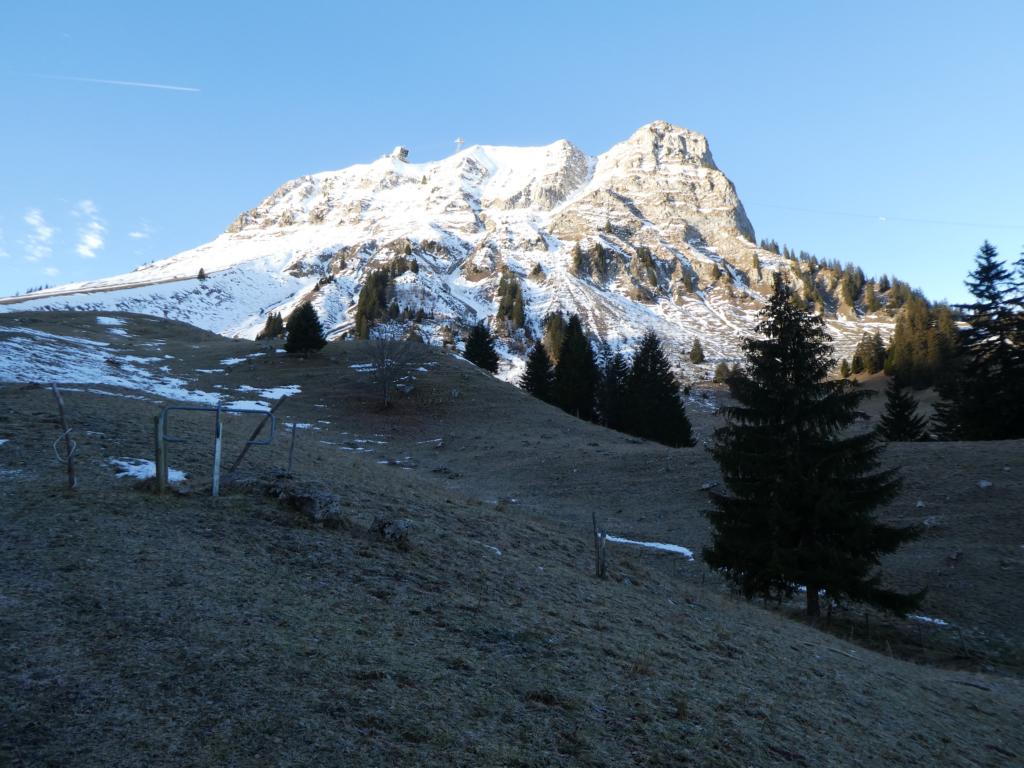 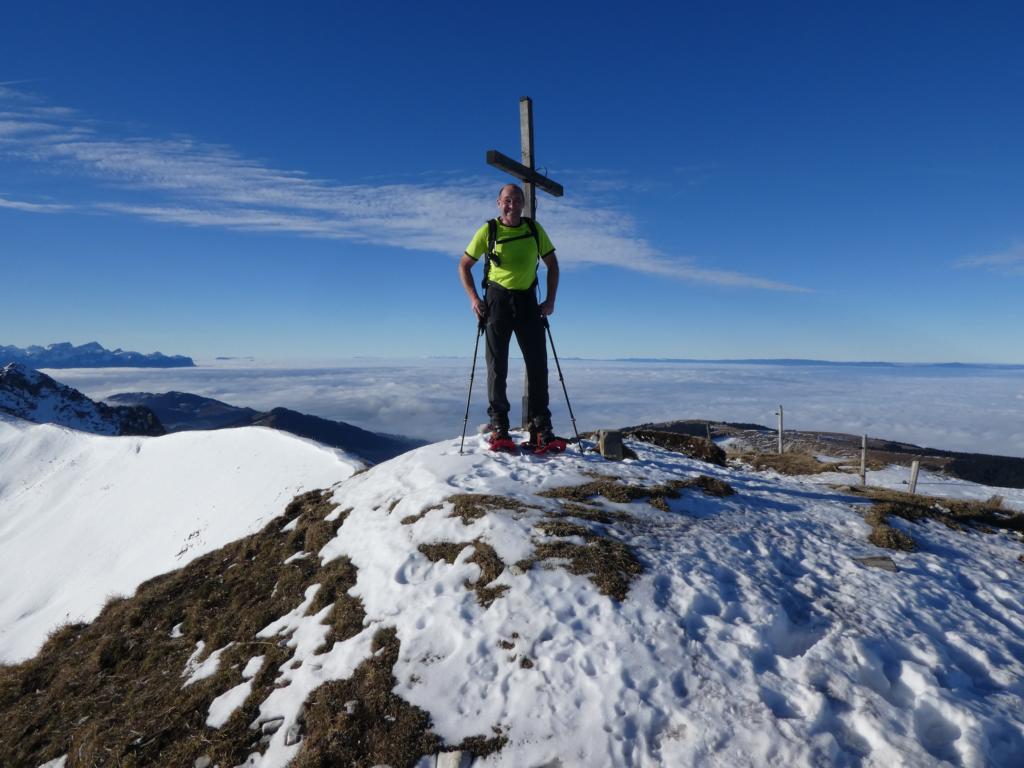 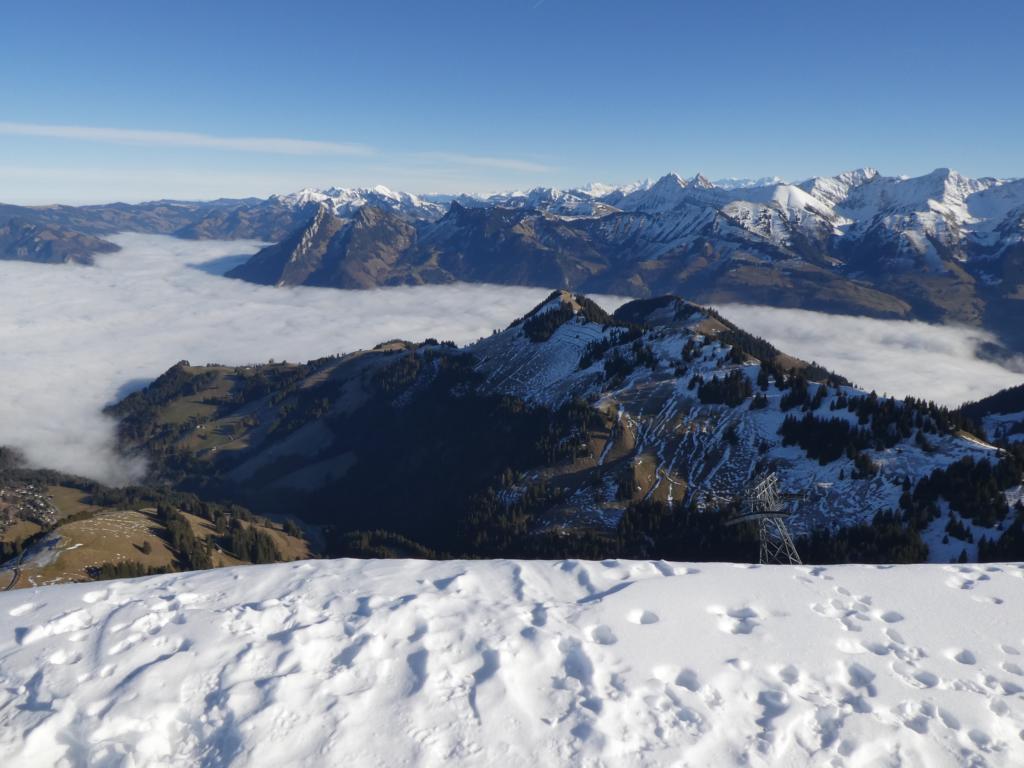 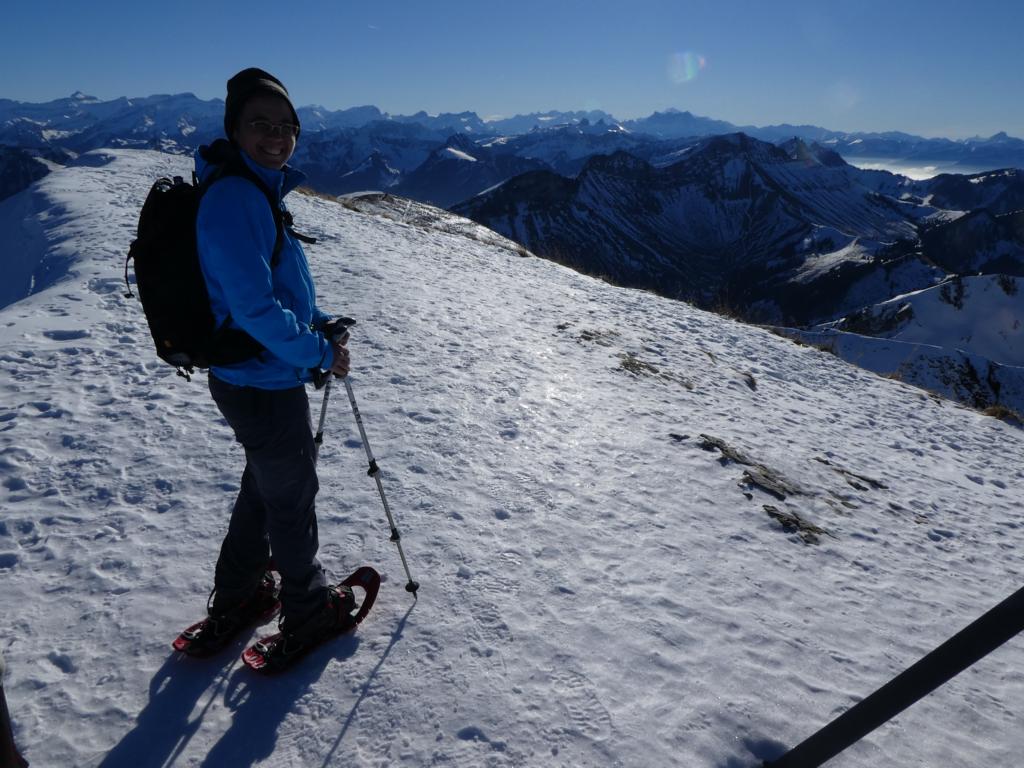 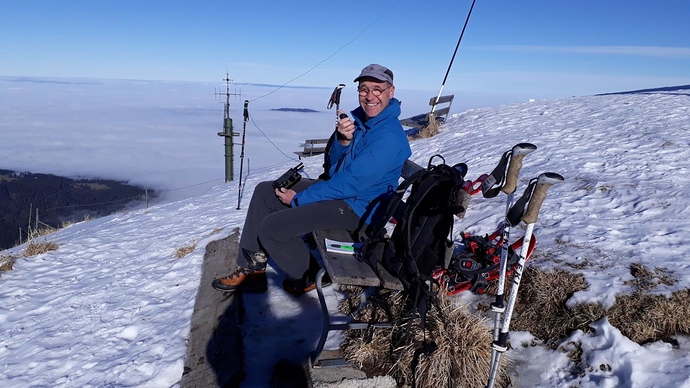 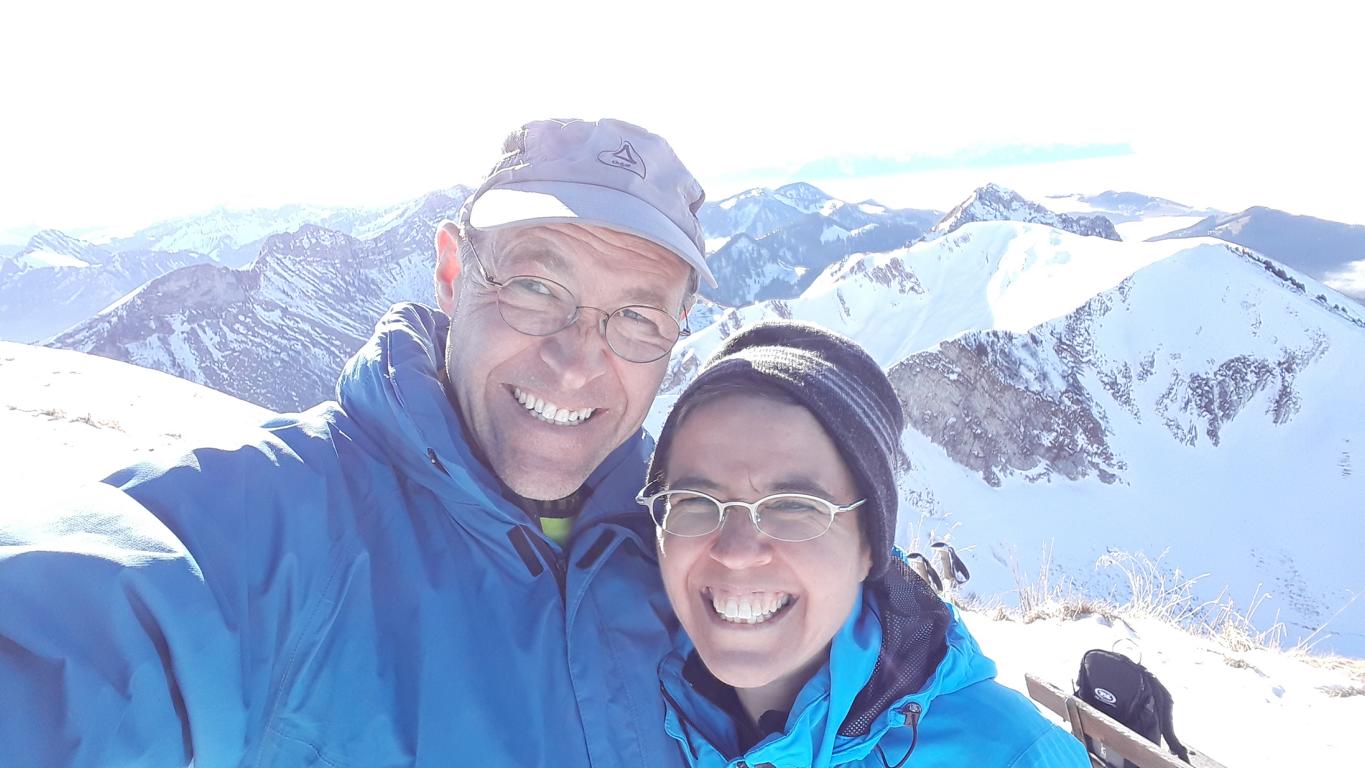