I’ll post a write up of my early morning activation of GM/SS-289 White Hill on my blog later. You may recall this summit was re-assessed and deemed to be 20cm taller than GM/SS-273 Hightown Hill which it replaced.

I activated it White Hill this morning and scored 40 contacts. It was appropriate for me to be the first one to put it on the air, as I was the first to activate Hightown Hill in 2005. 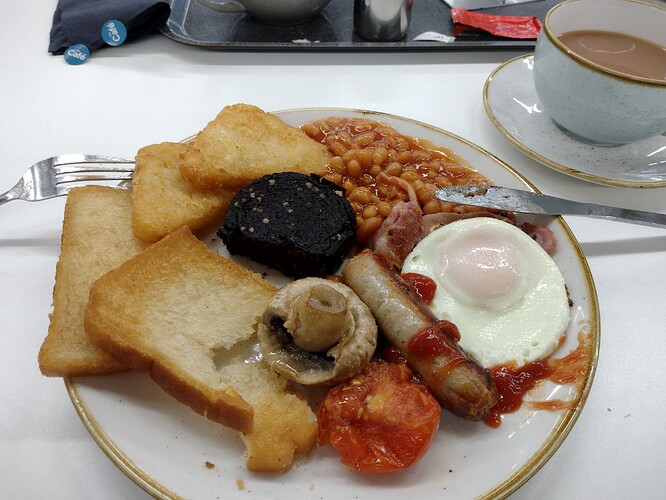 After a Scottish activation shouldn’t there be some haggis in your breakfast?

shouldn’t there be some haggis

By then he’d crossed back from the promised land back to land of the Southrons and was having an English breakfast.

Fried white bread… seeing that has my taste buds tingling as can not remember when I last had a piece. Although my pancreas and arteries are crying at the punishment high fat/high simple carbs would have on them!

I celebrated with a full breakfast in Tesco’s Carlisle

I miss this, and also this 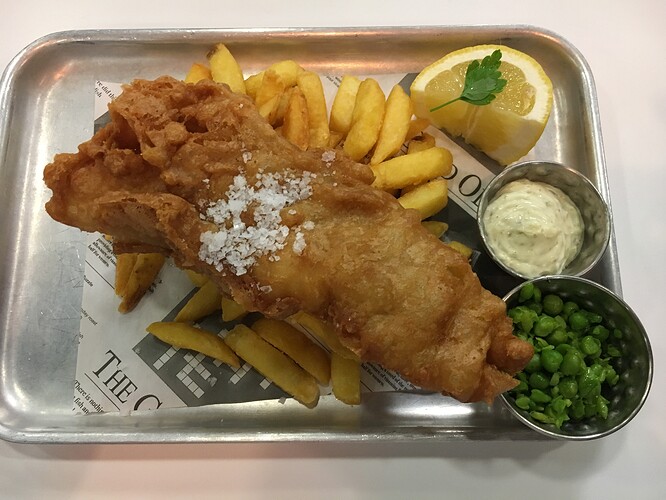 That’s some kind of Southern softie’s Fish and Chips! I’d expect there to be a glass of weak shandy hiding nearby by.

However, the fish and its batter looks to be exceptionally good as do the chips 95/100 for them.

Almost makes up for the other sacrilege showing.

For a moment I thought it was snow, courtesy of the promised land.

That’s some kind of Southern softie’s Fish and Chips!

This one was served at Crufts Show in Birmingham

This is our run a while before that dish 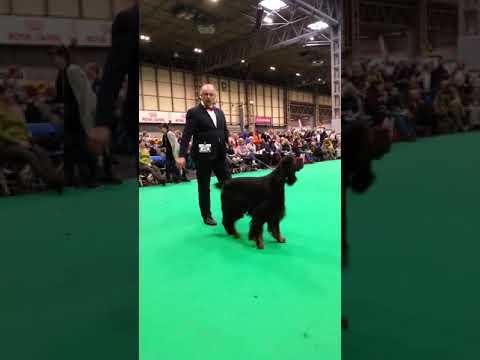 That explains it… a parallel universe!

shouldn’t there be some haggis in your breakfast?

I think Tesco and other supermarkets have a haggis supply problem due to a shortage. The 2020/2021 annual haggis hunt season was cancelled due to the covid lockdown. The Start of the Haggis Hunting Season — Darach Social Croft

Traditionally, the season for hunting Haggis is between St. Andrew’s Day (the 30th November) and Burn’s Night (the 25th January). Haggis have become distrustful of humans and can smell them from quite a distance. Approaching the haggis from downwind...

By then he’d crossed back from the promised land

Not necessarily the end of the world. Tebay services on the M6 has a full breakfast that incorporates haggis IIRC. Though it is probably double the price Phil paid in Tesco.

I also activated White Hill GM/SS-289 today later in the day about 1515z on my way home from the Hill of Stake GM/SS-155. Just 4 callsigns in the log but then it included 4m and 13cm. I will update the logs tomorrow.

This completes this year’s campaign to activate all SOTA in Southern Uplands to the west of the M74.

I miss this, and also this

That’s a nice looking fish Jarek. I would have appreciated the tartare sauce but not the lemon. I don’t like the salt granules, poor distribution on the food, normal salt would be better. Did you put vinegar on? Like Tom I don’t like the look of the peas, they aren’t the mushy variety.

Although I haven’t used the fish and chips shops around England outside Yorkshire for some time, there are a few “localisms” I believe, still in existance. Can others confrim that you can still buy steamed Hollands Steak Puddings in the north west chippies? Saveloys in the midlands chippies? The other oddity is that in Scotland’s chippies you can ask for a fish supper at any time of the day, it doesn’t have to be at night. In our small town of Pickering (Pop. 7000) we have three fish and chips shops (and three Indian restaurants - how they make a living I know not!)

PS The English Breakfast in Tesco Carlisle was £7.70 including tea. I added mushroom and black pudding at 85p each!

This completes this year’s campaign to activate all SOTA in Southern Uplands to the west of the M74.

Well done Andrew on activating all those summits in a year, including White Hill, the new one. Not an easy call in a year, the summits are a long way apart. Quite a trail to Hill of Stake. Now I await another operator going to White Hill GM/SS-289 so I can complete it. I put my track into the SMP last night if anyone is considering going there, a very easy ascent.

This may be a useful resource for you Phil

Can confirm from personal experience Saveloys are alive and well in the West Midlands!

Did you put vinegar on?

No Phil, only things shown on the photo.
It was fine for me but I do not have big experience with such cuisine, may be one day I will test better fish ​

Now that does make your mouth water. We had one of those every New Year’s Day when our children were young. My xyl from Aberdeenshire said that they used to have one with a silver threepenny piece hidden in it on NYD and if you were lucky enough to get it you could exchange it for a bronze one to spend!

Are you not perhaps mixing Clootie Dumpling with Fruit Pudding?

The clootie dumpling we had was a rich fruity pudding, a bit like Christmas pudding and served as a dessert.

Clootie Dumpling is a traditional Scots dish that has been around for centuries. It was around 1650, when people realised that a pudding cloth could be used to steam or boil puddings in a bubbling pot of water over an open fire.

It even “infiltrated” Nottinghamshire. My mother used to make them and she was Notts born and bred, though of Welsh and Irish extraction. 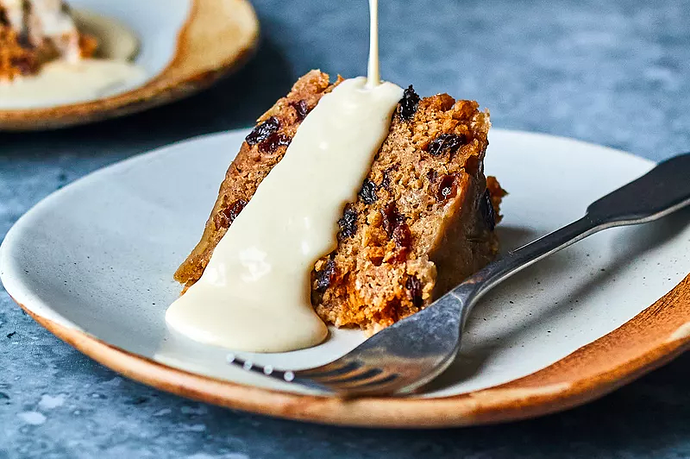