Just like a bus, you wait for ages and then two come along at once.
So it was yesterday, with what seemed like a very popular pair of S Wales summits.

I grabbed the last parking spot (of 4) when I arrived at the col between these two summits.
This was to herald a busy day on the hills. 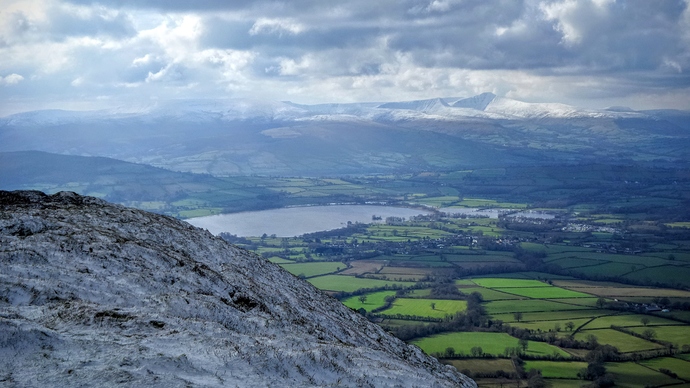 As I approached the summit of Mynydd Troed, I was surprised to see the unmistakable sight of an antenna sprouting above the trig point.
Who should be there but Mike, GW7HEM, working Vicky (M6BWA) for a S2S on 2 metres.
A brief introduction and I found a spot to quickly setup out of the wind.
I was just finishing off my first QSO (and S2S) when Mike departed for Mynydd Llangorse, where I sort of expected to see him later. 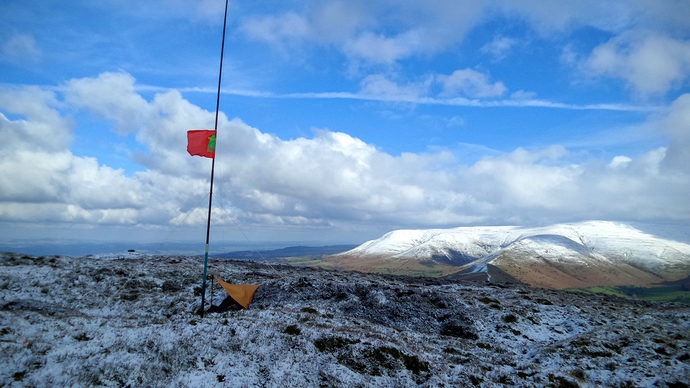 There was a fairly steady stream of walkers arriving and I was glad I’d not set up right by the trig point.
51 QSO’s later, it was time to head on for Mynydd Llangorse.
The sun was out and it was a fantastic day.

Arriving back at the parking area, cars were now double parked and backed up on the muddy verges. I moved my car to allow a large camper van to squeeze into a spot in front of me, blocking me in, but agreeing that they would move before my return at 1630! There were now people and cars everywhere, all out enjoying the fine weather.

A quick bit of lunch and then up the hill to the next summit.

No sign of Mike, but another quick setup and quickly into a pile up. 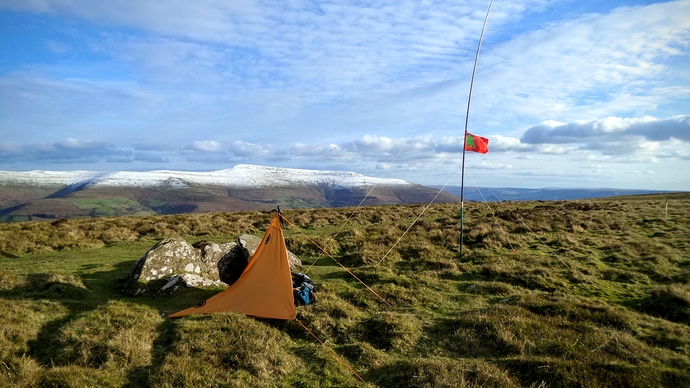 My newly acquired SOTA watch alerted me to the fact that I’d been spotted (as if I hadn’t already guessed!). 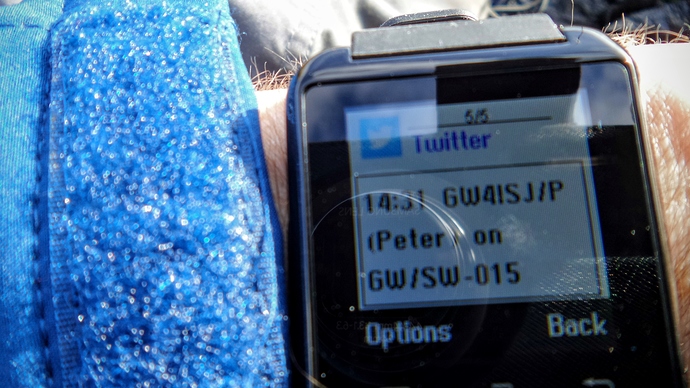 What was to throw me more, was when it beeped a few minutes later with a message that John, MW0XOT/P, was also active on the same summit! I scanned the skyline, and sure enough, over in the distance towards the trig point I could see a mast swaying in the breeze.

Needless to say, a short while later John approached and introduced himself, just as I was winding up with QSO #47.

Just like busses, you wait for ages to meet an activator and then 2 come along together!

A slow descent to the car, stopping to chat to numerous walkers asking the usual fishing related questions

It was then back on the road with the sun setting behind me on the journey home.
Another fine day in S Wales. Let’s hope there are a few more the same in the next few weeks. 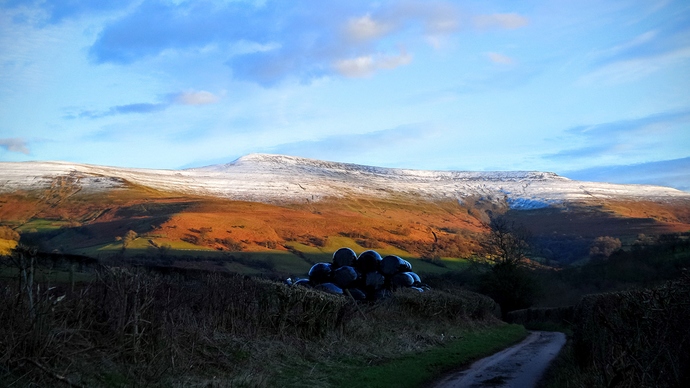 Nice to meet you Mike and John!
73