If you do it creates a link to the other thread called Light at the End of the Tunnel.

ope you did not chop through both leads together

I was trying to cut down on the number of connections, but the disadvantages probably outweigh the advantages

I was trying to cut down on the number of connections, but the disadvantages probably outweigh the advantages

But a couple of peoples said to me don’t tamper with the leads of battery.
Hence my search for the 5.5 bullet to banana plug leads. Plus idea is not be able to short out battery either and in put a in line fuse too.

No worries Andy, bit late here now to go looking for it again, so will look for it tomorrow night. But if you need it earlier pretty sure that there was a thread that Karl had earlier in the year where I had posted this information. Failing that, the epay link Karl posted has similar (if somewhat longer) leads.

I did not insert a fuse on this cable as I wanted the minimum visible difference to the leads (in case of the security nazis at airports) and secondly to minimise failure points (i.e. from soldering). Your needs/wishes may differ though.

And the missing info.
What is the terminal voltage at your new connectors?
It’s a good place to start

Fewer connectors are always better for various definitions of better.

I’ve only fitted one set of Powerpoles as my systems use a Tyton T connector. I wonder if it’s possible to put the crimped connectors into the shell such that they don’t mate when you plug the other Powerpole shell into place? I’m assuming you’ve measured the voltage on the crimp connectors and 12V nominal is present? If there’s no volts on the crimps check the voltages on the balance connector in case a cell is open circuit.

I notice from your OP that you say the battery is almost fully charged, so you must be reading a voltage across the battery,
so fair enough, it cannot be shorted or open circuit. Wondering what that voltage is.
I believe the 857 will shut down at 11.75V.

I wonder if it’s possible to put the crimped connectors into the shell such that they don’t mate when you plug the other Powerpole shell into place?

It’s possible. I have fitted dozens of Powerpoles, and once, just once, I did one that just didn’t make good contact. I couldn’t see anything wrong with it, but wrong it was. I think I ended up cutting it off, throwing it away and starting again.

It’s obviously essential that the tongue latches over the spring in the housing with that satisfying little click. I suppose it is conceivable that a housing could have a faulty spring but it must be very rare. If you are crimping rather than soldering there’s not a lot more that can go wrong. If you’re soldering, then getting solder where it shouldn’t be can be a problem.

Going back to the original problem, I would measure the cell voltages at the balance connector before and after connecting a load. I’d be inclined to use a simple dummy load such as a 12V light bulb, which gives an obvious indication that is working.

The cell voltages should obviously drop a little under load. If they don’t change at all, there must be an open circuit somewhere on the heavy duty side. It’s just a matter of finding it (note that the end pins of the balance connector should have DC continuity with the main power wires out of the battery, so you can easily check the “hidden” wiring of the battery pack).

If one or more cell voltages drop dramatically under load then the battery is faulty. If the cell voltages are significantly different there’s a problem, though a good charger should be able to rebalance the cells (mine has a programme specifically to do that even for a fully charged battery).

It’s a pity you had to cut the wires, but if the battery comes with bullet connectors I think it is the right thing to do. For SOTA use, it’s best to arrange that you cannot possibly connect the battery with wrong polarity. Some lithium battery packs come with a Deans “T” connector. For these I’ve made up an adapter by soldering Powerpole pins direct to the back of a corresponding plug. The adapter tends to stay permanently attached to the battery, but if it does come adrift it can’t be put back wrong, and there is no modification to the battery pack itself.

But if you need it earlier…

No rush thanks, as I mentioned earlier I’m working away all week (and my wife “advises” that I have to be sociable with our guests this weekend - which I suspect rules out anything radio related

)
I’ll check out Karl’s link. Interested in where you sourced the 8.4Ah (or even higher) LiFePo4 from as the new 857 is a tad more power hungry than my usual 817.
Thank you everyone for your suggestions. A few things to follow up on next week

(note that the end pins of the balance connector should have DC continuity with the main power wires out of the battery, so you can easily check the “hidden” wiring of the battery pack). 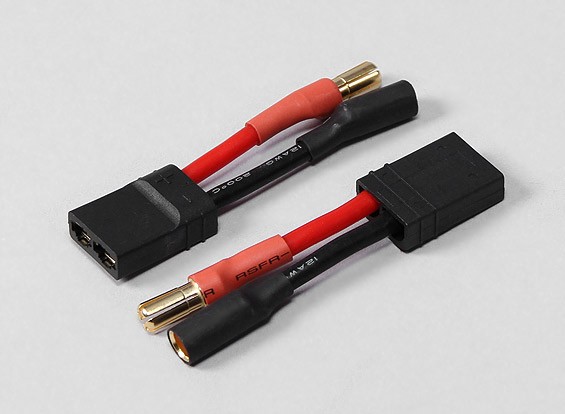 
I cut the TRX connectors off at the plug and put 45A powerpole connectors on there - the lead is very short, but it is of benefit in that it keeps the cable short and compact, doesn’t add a soldering fail point and it still looks original so as not to get the security nazis upset. I leave one on each of my batteries, making it easier to charge and use.

Larger capacity batteries - I use the ZIPPY Flightmax 8400mAh 4S2P 30C LiFePo4 Pack which are also available from the Hobbyking UK web store: 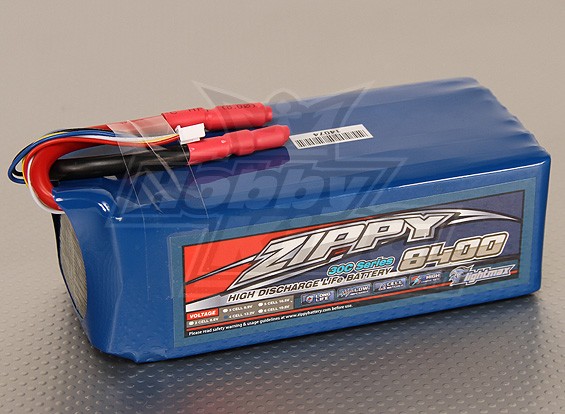 
I use these batteries with my FT-897 which is essentially the same internals as the FT-857 and get about 90 minutes of 80-90W output from it.

I use these batteries with my FT-897

I use one as my base station. Much respect to those who consider it portable enough for SOTA!!

When on hobby king don’t order straight away linger on the page and a pop up comes up offering you a slightly cheaper option. They knocked couple quid of the price for me covering the postage. Also check which warehouse your in too makes difference too.

And be careful on those pop-up deals, as I’ve known them switch warehouse - so you get the product a couple of dollars cheaper but have to wait for it to be shipped from Singapore rather than coming from the UK or German warehouse.

I have a 4200 LiFePO4 battery. I attached (crimped) two red 30A powerpoles to the red and two black 30A to the black. The strands fit those connectors perfectly when divided into two. By doing it in the right order, you can assemble the powerpoles into a square that does not fall apart. This arrangement allows me to plug two devices into the one battery. Radio and amplifier, two radios, radio and ATU. Works fine.
Andrew vk1da

Tied to the outside of a backpack the 897 is doable - but no more than about 4-5km each way and a couple of hundred metres vertical climb at most. Otherwise it becomes a bit of a PITA. Looking at changing over to an 857 instead (for those times when I want more than the 5W from the 817).

Hello-
I would first suggest a simple DMM and always test continuity on anything you make intended to carry an electrical signal of any sort. It is fun, confirms if you have a short etc., and can keep the magic smoke inside your gear. You can easily test the battery, connectors, etc. and keep you finger on the “pulse” of your project as you go along. I use an 857 with a LiFePo but one from Deltran with a case and terminals- http://www.amazon.com/Battery-Tender-BTL14A240C-Lithium-Phosphate/dp/B00F9LPJ8S
As already stated the radio should have powered right up even with the thin wire. Transmit is where current really starts flowing and things get hot and fail. (a typical radio will draw from a few hundred mA to as much as 1.8A on rx)
Good luck hope you sort it out.
Clifford

Now less than £600 nicker with free be bits

If you can manage to get it shipped to a friend in a country outside of the EU, there’s another UKL 100 VAT off it!

I guess demand for the FT897 will have dropped with the FT991 being released but it appears from this price reduction / inclusing of the detachable head option, that people aren’t buying so many FT857s either. I guess that should bring down the second hand prices of FT857s as well.