The forecast was again for another hot sunny day, so we wanted to head for height again. Having done Mull’s only Munro already the next highest was Mull’s only Corbett Dun da Ghaoithe GM/SI-016. Robin GM7KT had suggested there was parking around NM725348. This was reached by leaving the A849 at NM726349, turning right at the first junction to ascend a steep singe track road with no passing places and a hairpin bend. Where it bent right passing some oak trees a short track on the right led to a parking area (believed associated with a former Bird of Prey centre).

It was hot as we loaded up, with a few midges, so Smidge was applied which seemed to deter them. As Caroline turned on the handheld after attaching the rucksack antenna she heard CQ SOTA: it was Colwyn MM0YCJ across the water doing a first activation of GM/SI-087 on Scarba. He had other callers, so we set off along the transmitter track, but soon paused to chase him. He suggested we might get an S2S later, but we warned him that we had a long walk in so would likely be at least 3 hours. We soon climbed a stile by a locked gate and started on the series of zigzags which led up to a prominent set of antennas. We had a lot of stops to take in the views: misty in the distance, but good locally, and with ferries going to and fro. The track carried on upwards with even more zigzags to a smaller less prominent transmitter station (mostly microwave dishes). 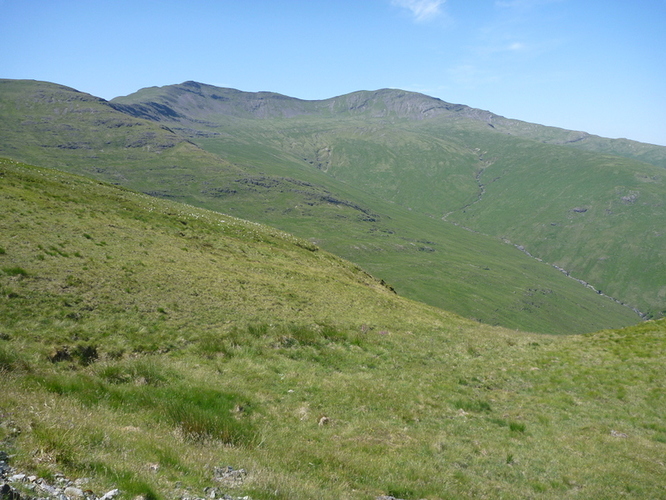 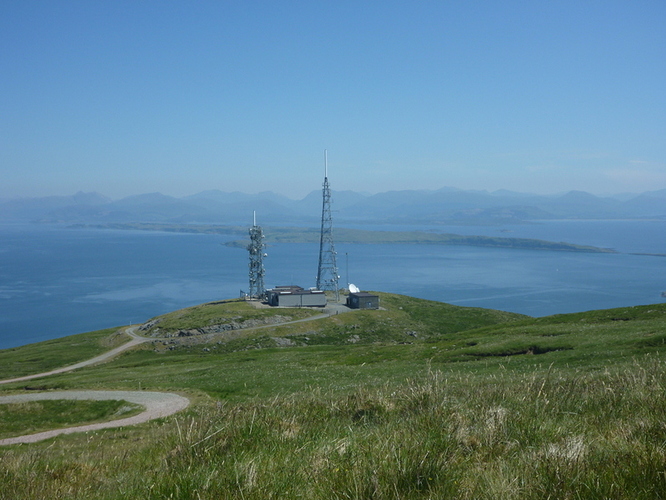 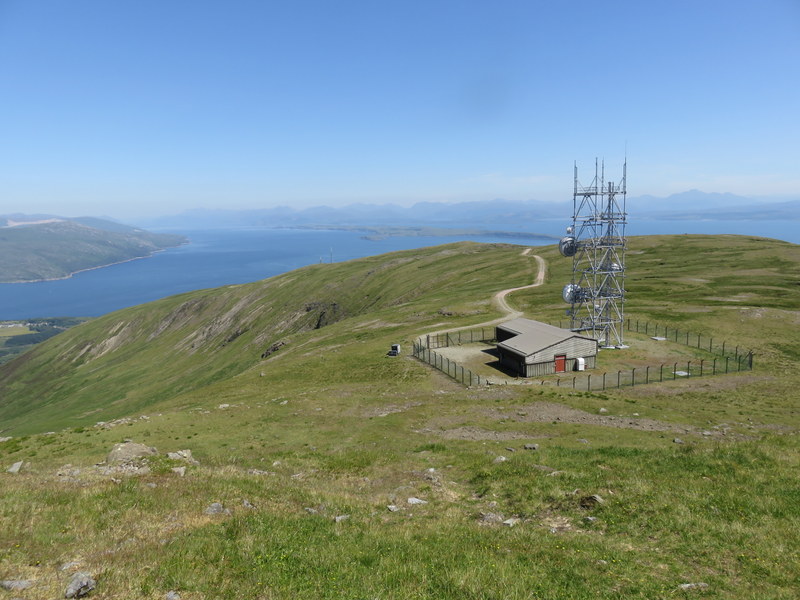 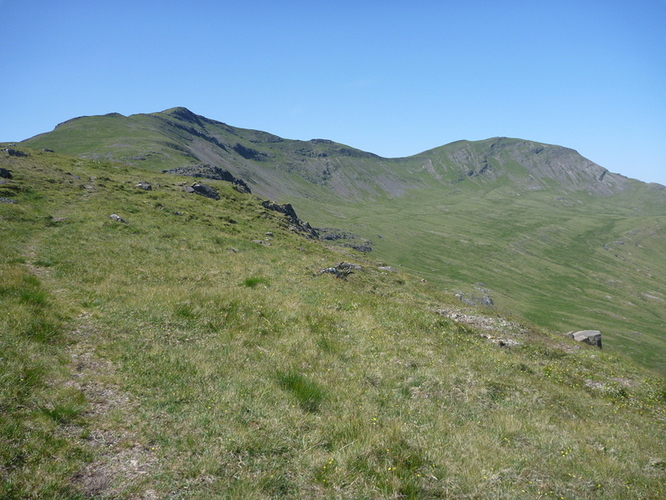 The track stopped there, and we were on the open ground, sometimes with a vague path and sometimes not. There were fine views both back and forwards to the fine curving ridge which leads to the Dun da Ghaoithe summit. On the way we stopped by the circular “Vanessa” trig point on Mainnir nam Riadh: a fine viewpoint, but summit was another 1km further on and about 10m higher, with about a 50m drop between them. The ridge walk was lovely climbing gently to the summit cairn, again with stunning views. 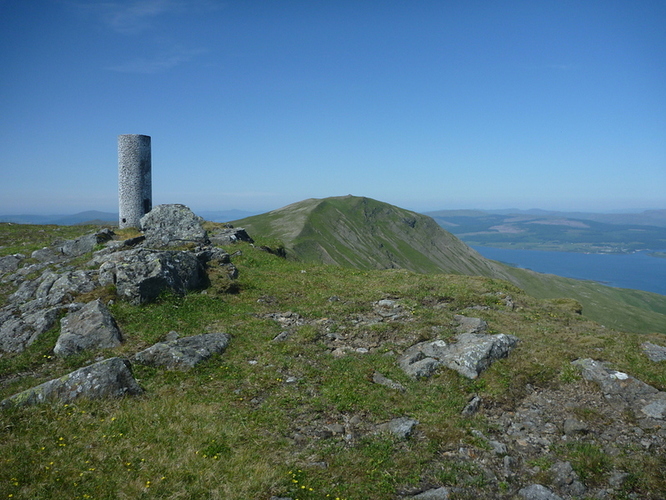 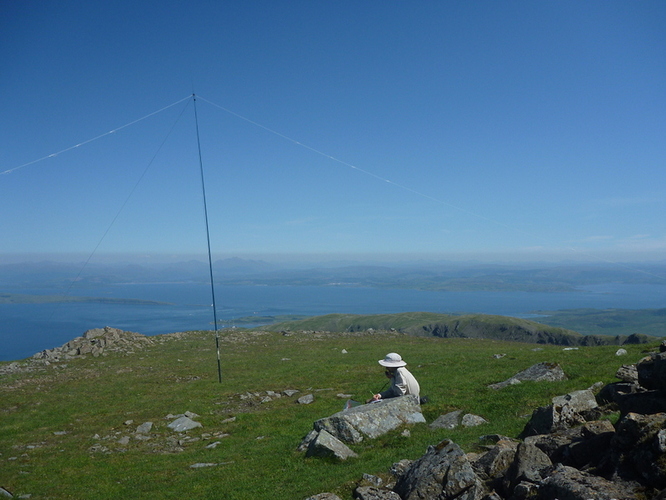 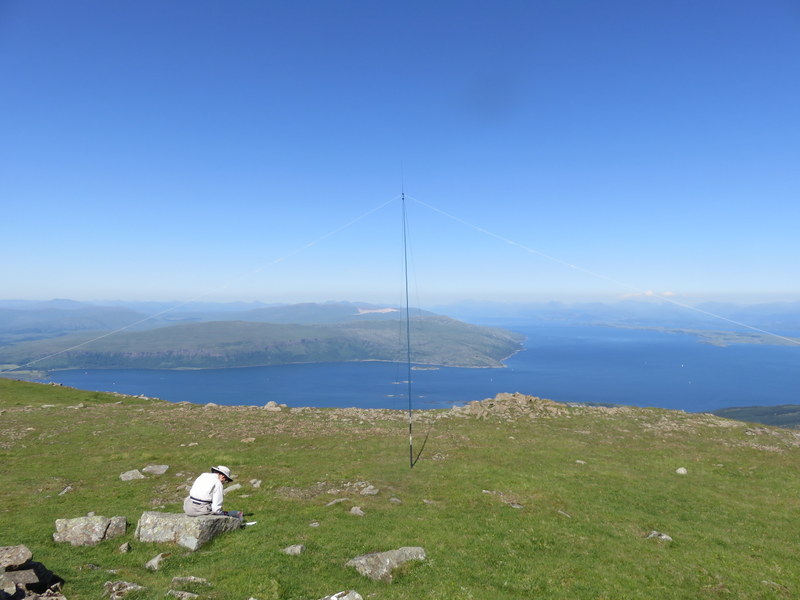 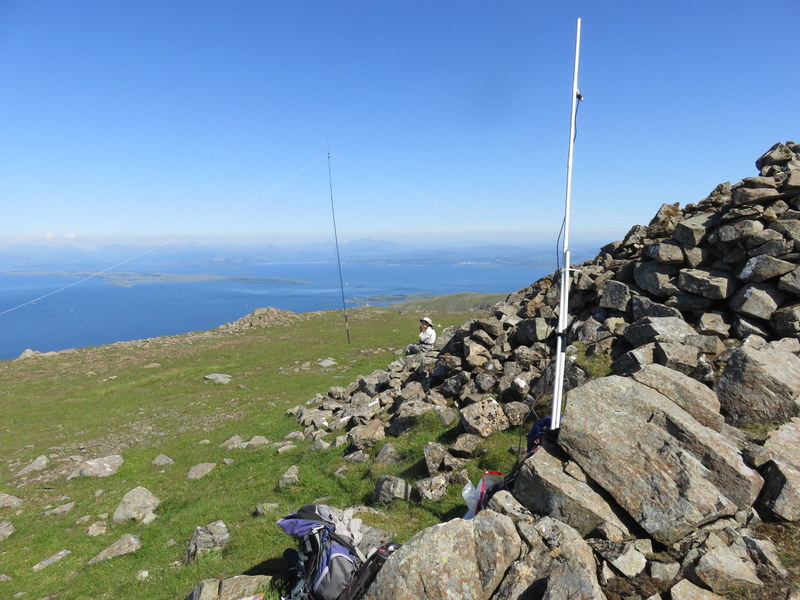 After taking lots of photos we set up stations, Caroline setting VHF by some rocks at the side of the cairn, arranging that the rocks shaded the radio from the full sun. We were too late for an S2S with Colwyn, but Caroline’s first run on VHF produced 4 contacts. Martyn set up HF on the gently sloping grassy area north of the summit, which also had some convenient rocks to use as tables for logs and radios. Martyn qualified it on 60m with 7 contacts, after which we alternated using the HF antenna: 10 on 40m for Caroline, then 6 on 20m for Martyn, including an S2S for both of us, and then 7 on 17m for Caroline. Caroline managed to get another 2 2m FM contacts while Martyn was on HF. It was near perfect weather and location: a little too warm for Caroline’s liking, but with a light breeze to keep the insects away. We didn’t want to leave, but knew we had a long walk out.

We retraced our steps getting slightly clearer views on the descent. The rough transmitter track was getting a bit tiring on the feet, so where possible Caroline was taking to the grassier verges. As we were approaching the lower reaches she spotted something in the grass ahead. Approaching carefully, we got good views of a slow worm before is slowly slid off into the deeper growth: the first time we have seen one in the wild. 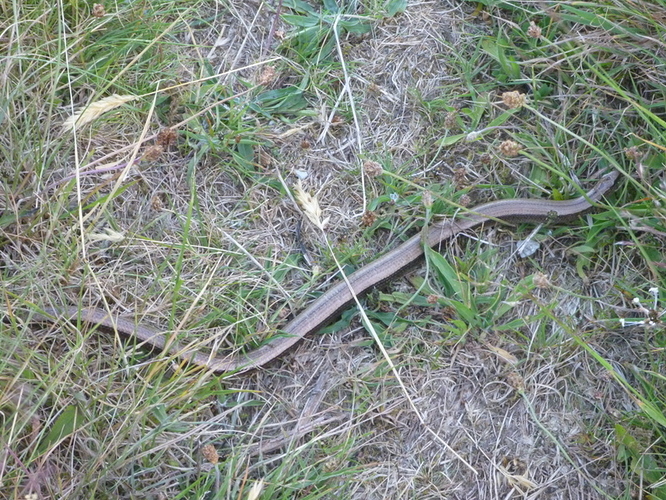 We had drunk more than 5 litres of water between us on the walk, and it was very hot back at the car, with some midges about, but we managed to get back into the car without being bitten. The car air conditioning was very welcome! This summit had only been activated 3 times before us, which is surprising given what a lovely hill it is, with no particular challenges to the walk apart from the moderate length.

Hi, well done, a splendid report on GM/SI-016 and the weather was super. Sorry I missed the S2S but I had to get down to catch the boat from Scarba back to the mainland.

A couple of views of Dun da Ghaoithe from the ferry. 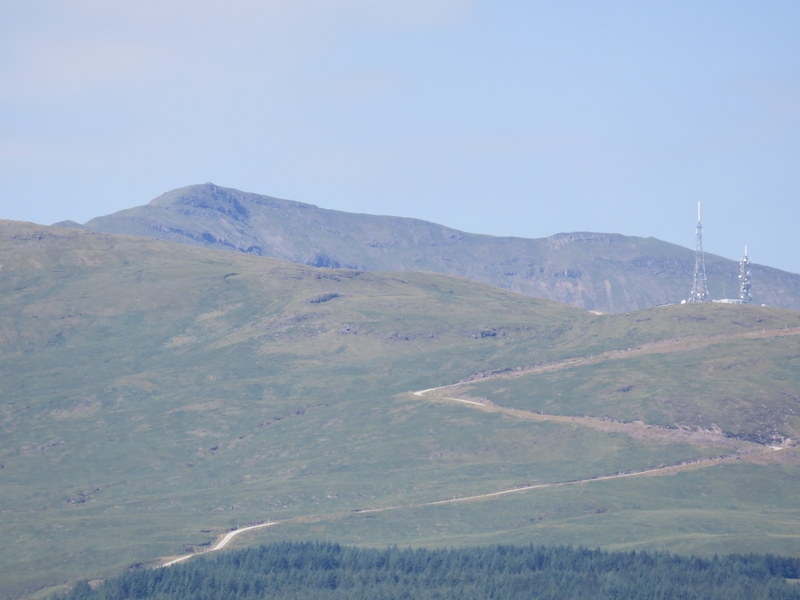 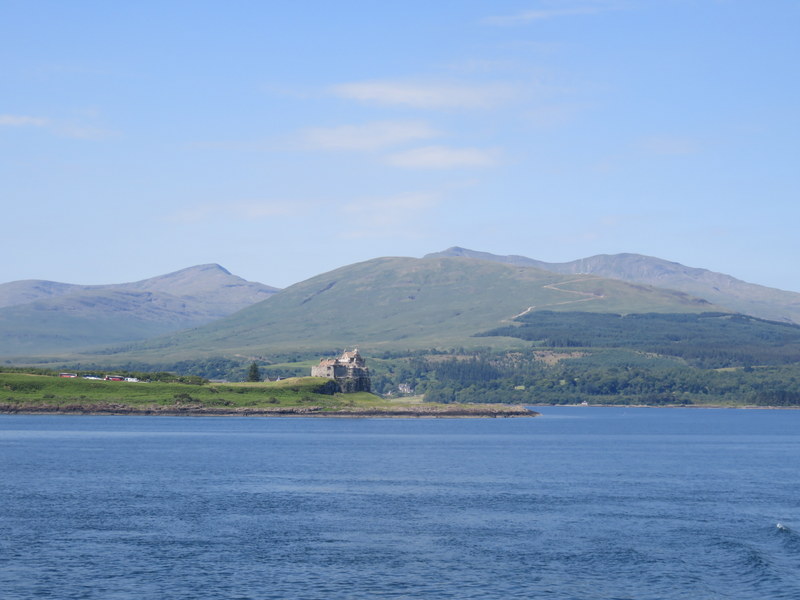 I really enjoyed the writing and pictures you have beautiful spots over there. It’s mostly brown here in AZ.

I really enjoyed the writing and pictures you have beautiful spots over there. It’s mostly brown here in AZ.

For Western Scotland it was very dry when we were there, and they were talking of water shortages as we left, but seem to have more rain since. Now back home in the drier east of England with heatwave and yellow grass.