After not having been able to go out and activate on Sunday due to family duties, I felt like having a bit of SOTA abstinence syndrome and I went to my local one pointer summit for some testing and of course activating the summit.
Here you can see the location of this summit with respect to my QTH and the city of Pamplona. 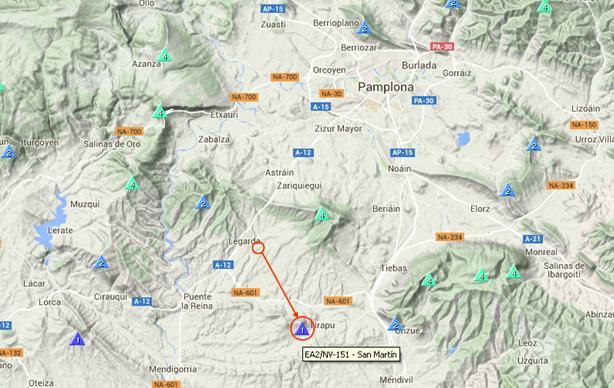 The testing I did was very simple and consisted in just comparing a couple of monoband mobile whip antennas with one single linked wire radial with the endfed antenna home built and given to me by Ignacio EA2BD, which I’ve been using lately with great pleasure. The comparison was made on 40m first and on 20m later. Only on RX.
I installed the endfed as a vertical and being the wire longer than my fishing pole, I extended the rest of the wire horizontally along a wooden barrier at about 1,3m above the ground level.
See this picture showing the two antennas. 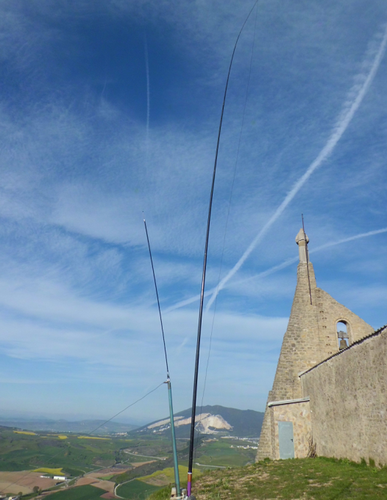 On 40m, the endfed was far superior than the mobile whip with several S units difference noticed on every signals received. This didn’t surprise me at all as the moble whip is far too short for 40m.

On the other hand, comparison of the two antennas on 20m surprised me a bit as I didn’t see any difference at all on any of the signals received during the test. The monoband mobile whip for 20m with a single 1/4 wave wire radial sloping down at about 45° seemed to perform the same as the endfed installed with about 7m of wire vertically and the other 3m horizontally plus a 6.5m long counterpoise extended on the ground.

After the RX comparison I decided to install the endfed antenna as I always use to, which is as a sloper with the 6.5m long counterpoise wire extended and elevated about 1m above the ground.

This is the new setup, although it’s hard to distinguish the wires on the picture. 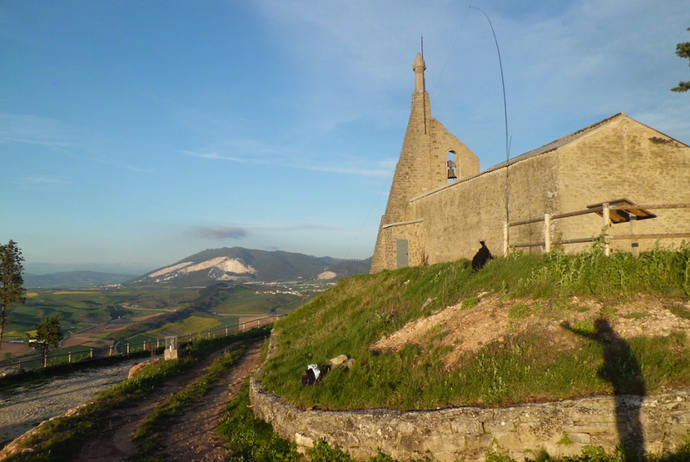 This is a close picture on the plastic box with the 9:1 balun, the active wire connected on one side and the counterpoise wire to the other. 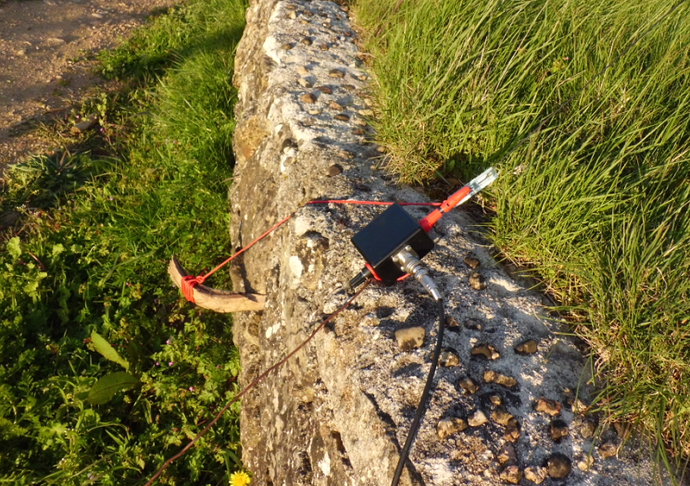 This picture shows the comfortable seat (rock on a cut tree trunk) I used during the operation. 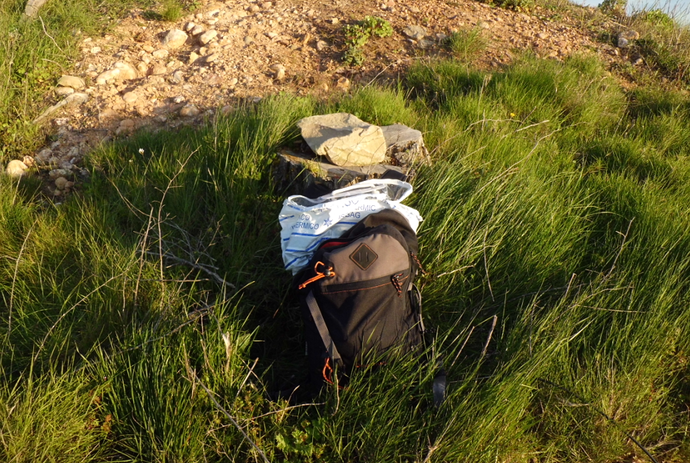 I had not planned this activation in advance so there was not any alert, but a few minutes before starting CQ, using the browser in my smartphone, I managed to raise an alert and later, using the app SPOTmySOTA, I sent a selfspot.

Manuel EA2DT was there on the announced frequency waiting for me before I had even started to CQ and he came back immediately to my first CQ and innaugurated my log.
I worked CW first and SSB later. HG7WAV called me on CW several times and I responded to him with signal report several times too, but the QSB was apparently too severe and he wasn’t copying me, so I couldn’t write him on my CW log. Fortunately he finally made it on SSB. Great!
The ermitage you’ll see in the pictures was placed right to the East, so it was kind of blocking my QRP signals towards Hungary.

By the time I ended my activation, the Sun was pretty low and I was getting cold by a strong wind blowing steadily from the North, so I decided to go QRT and pack up for a quick descent plus drive back home for dinner. 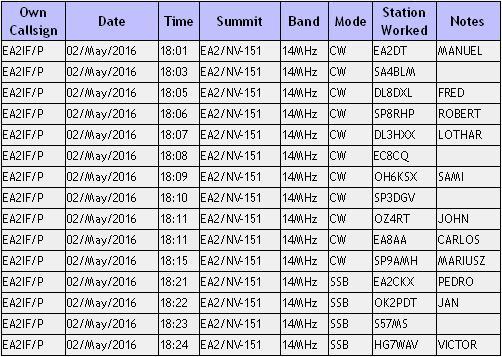 Thanks to all chasers for your calls and QSOs.
I enjoyed the test and the operation as usual and I hope you also enjoyed chasing me as well as reading this report.